Articles
Ethan Steinberg has been a frequent flier for as long as he can remember. He went from studying abroad in Paris to moving to Shanghai after graduating college, where he covered all things travel in the Asia-Pacific region for TPG.
Jan. 15, 2019
•
8 min read 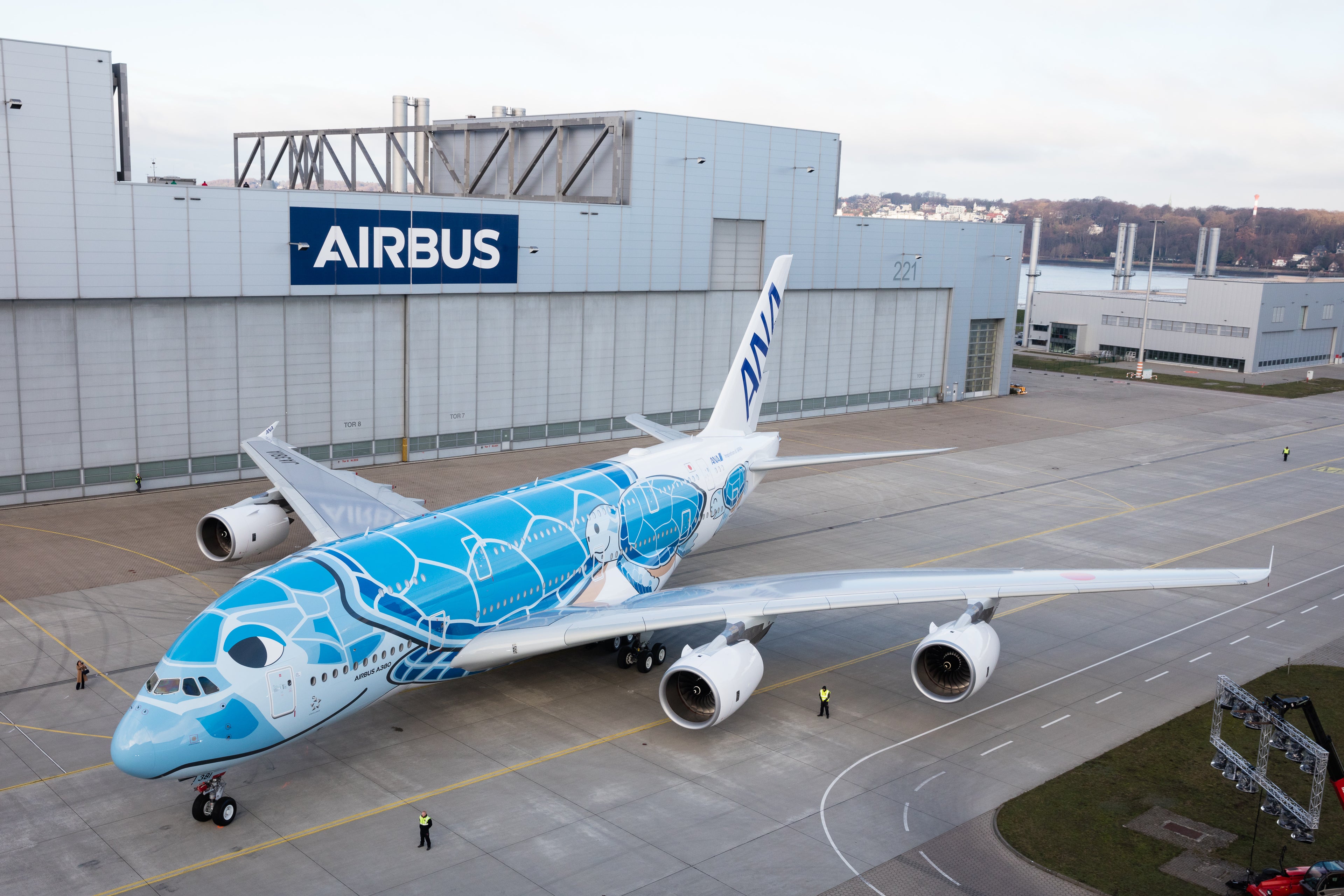 How to Book ANA’s New A380 Service Using Points and Miles
This post contains references to products from one or more of our advertisers. We may receive compensation when you click on links to those products. Terms apply to the offers listed on this page. For an explanation of our Advertising Policy, visit this page.

With the sole exception of Emirates, most airlines have struggled to make the mammoth, double-decker Airbus A380 work economically. You could argue that the A380 is near the end of its life, especially as some of the first models of the jet are now being retired and scrapped for parts.

Other than a mega-order from Emirates about a year ago, there's only been one breath of life for the A380 program. Back in December, 2015, Japanese carrier ANA placed an order for three A380s to be used exclusively on flights between Tokyo-Narita (NRT) and Honolulu (HNL).

These planes will feature ANA's almost too private first class "square" (you can read a review of the same seat on a 777-300ER here) in addition to business class and premium economy. ANA has really gone all out with this effort to upgrade its Hawaii service, building a dedicated A380 lounge that allows premium cabin passengers to board directly to the upper deck and painting all three jets in a flying Honu turtle livery.

If you've been eyeing a trip on these beautiful jets, ANA recently announced the schedule for this route with A380 service commencing May 24, 2019. Today we'll take a look at your best options for booking this flight with points and miles in every cabin. While you have a number of different Star Alliance loyalty programs to pick from, you'll want to keep an eye out for the programs that price Hawaii as a separate (and cheaper) region relative to the rest of North America.

Before we dive into the details, here's an overview of the round-trip award costs if you book through six of the most popular loyalty programs for ANA-operated flights.

While the seat maps have already been updated to reflect the new A380, award space (especially in premium cabins) is very tough to find.

With so many options to consider, which loyalty program should you use to book? Let's start with economy awards, which take up the entire bottom deck of the A380 with 383 seats. Here, there are two solid options: booking directly through ANA or booking through Virgin Atlantic.

For the former of those two, the range of prices you see is because ANA splits its award chart into low season, regular season, and high season.

Virgin Atlantic is the other carrier that offers terrific rates for economy class travel. While economy awards are slightly more expensive than awards booked through ANA, you have the added benefit that Flying Club miles can be transferred from three major credit card points programs:

ANA, on the other hand, only partners with Membership Rewards, which limits your ability to quickly boost your balances by utilizing transferable rewards.

There are two big drawbacks to booking with either ANA or Virgin Atlantic. The first is that you can only book a round-trip award, which might not be ideal if you're positioning to/from Hawaii specifically for this flight. If you're looking to book a one-way ticket, Avianca LifeMiles and United MileagePlus both charge 27,500 miles each way, and each has its pros and cons. LifeMiles are incredibly easy to earn between multiple transfer partners and frequent sales on purchased miles, but Avianca is seriously lacking in the customer service department. If you think there's even a chance you'll need to change or cancel your award, you might be better off booking through United.

The other strike against booking through ANA or Virgin Atlantic involves taxes and fees. Economy award tickets will tack on ~$250 in taxes and fees, though unlike some carriers, these don't get progressively worse as you move up in the aircraft. Here's an example of a round-trip first class award on this route with the same taxes and fees that you'd pay in economy:

Note that Virgin Atlantic will pass on these same taxes and fees. However, both LifeMiles and United MileagePlus won't add fuel surcharges to ANA award tickets, saving you ~$150 - $200 on these redemptions. It's up to you to determine if the additional miles is worth it to save money.

When it comes to premium economy awards, ANA comes out miles ahead (pun intended), though this is largely due to the fact that there are far fewer options to pick from. Your choices here are ANA or Aeroplan, as the remaining four programs don't publish premium economy award charts. With Aeroplan charging more than twice as much as ANA does for high season, there's really no reason not to book directly with ANA (unless you need a one-way ticket).

Business class bookings sort out much the same as economy. In all three seasons, your cheapest option is to book directly with ANA because of the special treatment (and pricing) it gives to awards to and from Hawaii, though Virgin Atlantic requires just a small additional outlay of miles, depending on the season. The same aforementioned drawbacks hold, so if you need a one-way ticket, LifeMiles is your next best bet, though United isn't half bad either. Aeroplan is more expensive and will tack on fuel surcharges to ANA awards, while you should really only be booking through Singapore if you already have a large stash of KrisFlyer miles you're desperate to burn.

Finally, there's an obvious winner when it comes to first class awards: Virgin Atlantic. The Flying Club program is known for having some high-value redemption options, and ANA premium cabins are near the top of the list. Round-trip first class awards are just 90,000 miles when you book through Virgin Atlantic, and while you will be subject to the same ~$250 fees as you would through ANA, you're saving at least 30,000 miles. Avianca LifeMiles is once again the winner if you need a one-way award at 66,000 miles.

The A380 is an incredibly fun plane to fly, whether you're in economy and enjoying a few extra inches to stretch out, or sitting upstairs enjoying on-board amenities like bars and showers that airlines can really only include on this oversized jumbo. ANA might be the last new A380 we ever see, so if you're itching to fly on a whale jet in mint condition, this is your best chance to do so. No matter when you fly, your best option to minimize your mileage cost is to book awards directly through ANA or through Virgin Atlantic, though if you need a one-way flight without fuel surcharges, you'll have to look to Avianca LifeMiles and United MileagePlus instead.

Featured image by If nothing else, the A380 proved that if there is a will, there is indeed a way. (Photo courtesy of Airbus / ANA)
Editorial disclaimer: Opinions expressed here are the author’s alone, not those of any bank, credit card issuer, airline or hotel chain, and have not been reviewed, approved or otherwise endorsed by any of these entities.