Articles
Ben Smithson is a senior writer for TPG UK. Originally from Australia, he is the primary points and miles writer for the U.K. site.
Follow
April 19, 2020
•
10 min read 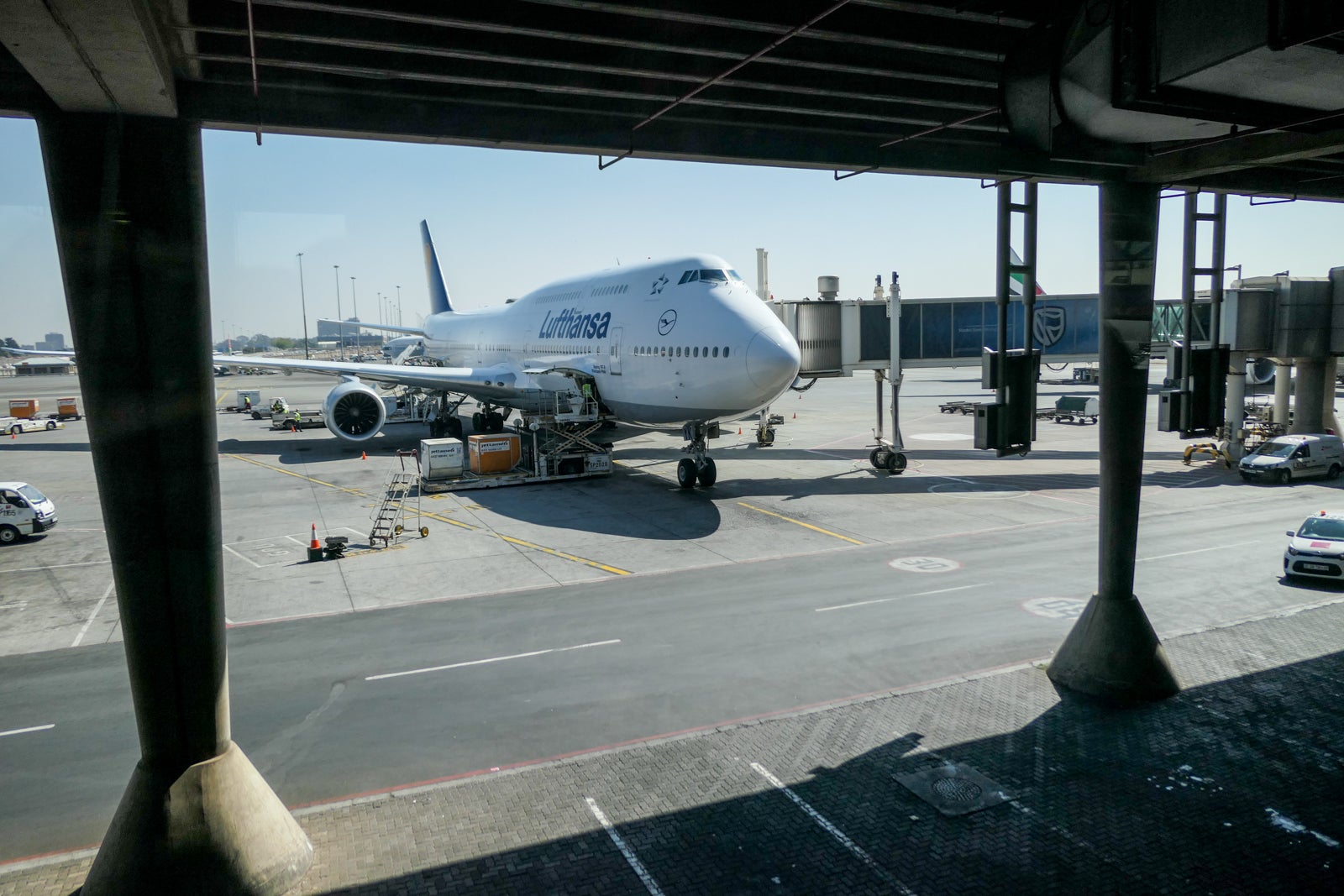 The ongoing coronavirus pandemic has already had significant impacts on the global aviation industry. Plummeting demand from passengers, combined with rapidly changing travel restrictions, has forced many airlines to either drastically reduce their networks or temporarily suspend operations altogether.

There are still thousands of travelers and expats stranded abroad who feel increasing urgency to try and return to their home countries. Combine this with the need for urgent medical supplies in many countries, and you have a number of unprecedented flights that have taken place this month to address those issues.

Related: I raced back home during the coronavirus pandemic — here’s what it was like

Austrian Airlines has just operated the longest flight in the airline's history, an almost 10,000-mile marathon from its hub in Vienna all the way to Sydney, Australia, using a Boeing 777.

This is even longer than the world's longest scheduled commercial flight, Singapore Airline's Singapore to Newark flight.

The aircraft made the outbound journey nonstop with ease as the flight was empty. The purpose? To collect Austrians stranded in Australia and unable to return on regularly scheduled flights. The return journey is scheduled for March 31.Laden with passengers, the flight will refuel in Penang, Malaysia, on its way back to Austria.

The flight was especially unusual given Austrian Airlines was one of the first airlines to temporarily suspend all scheduled operations.

As first reported by One Mile At A Time, a leased 26-year-old Boeing 747, operated by Spanish leisure airline Wamos Air flew from Madrid, Spain, to Guatemala City, then made short hops through San Salvador, El Salvador; San Pedro Sula, Honduras; and then back to Madrid.

These Central American countries had closed their land borders to foreigners as well as greatly reducing flights in and out, limiting the options for Spanish travelers to return home.

The same aircraft has also flown an unusual repatriation flight from Honolulu all the way to London Gatwick just a few days earlier on March 24.

British Airways' longest normally scheduled flight is the daily BA15/16 rotation between London and Sydney. Currently, no aircraft is able to operate the route nonstop while fully laden with passengers, luggage and cargo. In order for British Airways to reach Sydney, the Boeing 777 flight makes a short refueling stop in Singapore.

All passengers disembark in Singapore, and those continuing on to Sydney re-board the aircraft after it has been cleaned and restocked.

The problem with operating this flight during the time of coronavirus is that the Singaporean government has temporarily forbidden foreigners from transiting Singapore Changi airport. Qantas solved the problem by stopping temporarily in Darwin. British Airways has been granted a special, temporary exemption from the transit ban according to sources cited on Flyertalk, on the proviso that all transiting passengers remain onboard the aircraft during the Singapore stop. This means that including the approximately 90-minute stop in Singapore, passengers flying the full route must remain on the aircraft for around 22 hours.

Tiny Latvian-based Air Baltic has been a big fan of the Airbus A220, with more than half its fleet made up of this fuel-efficient, narrow-body aircraft. Usually Air Baltic operates this aircraft on short-haul European routes to and from the Baltic states, however the airline has ceased scheduled operations since March 17 as a consequence of the coronavirus pandemic.

With plenty of grounded planes, Air Baltic accepted a request from the National Health Service of the Republic of Latvia to bring 900,000 face masks and 80,000 respirators from China to Latvia. It did this by loading up an Airbus A220-300 with cargo only for the 2,800-mile flight from Urumqi back to Riga nonstop in just over six hours.

Virgin Atlantic normally operates numerous services between London's Heathrow airport and New York's JFK and Newark airports. The airline has grounded 85% of its fleet for the month of April.

According to The Virgin Atlantic source, while the airline is currently only operating one daily passenger service between the cities instead of six daily scheduled in normal times, it's also operating several cargo-only flights. These are operated by Boeing 787 aircraft and the occasional flagship Airbus A350. Both are configured with hundreds of passenger seats, but are transporting tons of pharmaceutical and medical supplies back and forth between the United Kingdom and the U.S. with no passengers on board.

These are the first cargo-only flights the airline has ever operated, according to Virgin Atlantic's Managing Director of Cargo, Dominic Kennedy.

While a common sight in Asia, Lufthansa does not fly to Australia or New Zealand. In order to return Germans stranded in New Zealand back to Germany, Lufthansa recently flew to Auckland via a fuel stop at Tokyo's Haneda airport to pick them up. Newshub reports the return journey carried 370 passengers aboard a 20-year old Boeing 747, taking the same route back to Frankfurt.

Charity aid organization Samaritan's Purse sent a 69-bed mobile hospital, medical equipment and 32 medical staff to Northern Italy to assist those affected by the coronavirus, according to their website. It transported the equipment aboard its 51-year old DC-8 aircraft to Verona, Italy, on March 17, from Greensboro, North Carolina, where the organization is based. Flight-tracking site FlightAware showed that it returned to Verona once after that.

DC-8s are exceedingly rare. None are left in passenger service. This aircraft has had an interesting history over its decades of operation. It began flying for Finnair, before flying for the French Air Force and then cargo airline Air Transport International before it was purchased by Samaritan's Purse.

Like Air Baltic, Hungarian-based ultra low-cost carrier Wizz Air has grounded all flights. This has left the airline with more than a hundred surplus aircraft, plus staff. Then, the Hungarian government tasked the airline with delivering 11 tons of medical equipment from China to Hungary. Wizz flew a narrow-body Airbus A321neo all the way from Shanghai (PVG) to Budapest (BUD).

The aircraft does not have nearly the range to operate this long-haul journey nonstop, so Wizz stopped off at Irkutsk (IKT), Russia, and Nur-Sultan (TSE), Kazakhstan, along the way.

This is the first time the airline has flown to any of these countries, though El Al has been considering launching flights to Australia for some time.

While other airlines slash schedules, Qatar Airways has positioned themselves as "the airline to get you home" and has launched a new route for this purpose. The carrier will fly from Doha (DOH) to Brisbane (BNE), Australia to assist both Australians trying to return home to safety, and Europeans who are stuck in Australia.

While the airline is reducing frequencies on many routes and temporarily suspending services to some destinations, it is still seeing strong demand in some markets, especially Australia, hence the unusually-timed new route.

The State of Qatar is forbidding any passengers who are not Qatari nationals from entering at the time of publication, although foreign passengers may still transit Doha (DOH) on Qatar Airways flights.

Bonus: Round-trip mission from Saudi Arabia with over 40 crew members

On April 16, a three-year-old Boeing 777-300ER (registration HZ-AK42) operating as Saudia flight 41 took off from Jeddah and made the 15 hour, 47 minute journey to Los Angeles. After just about two hours on the ground at LAX, the plane turned right back to Jeddah, but this time with over 180 Saudi Arabia citizens on board.

But the most interesting part? The entire journey was carried out by over 40 crew members — eight pilots and 35 crew members. No surprise, then, that the President of the Saudi Civil Aviation Authority thanked them on Twitter, saying, “With pride, I thank my crew and the crew for a “first of its kind” @Saudi_Airlines trip, coming from Los Angeles…I am proud of you.”