Articles
Ben Smithson is a senior writer for TPG UK. Originally from Australia, he is the primary points and miles writer for the U.K. site.
Follow
March 24, 2020
•
11 min read 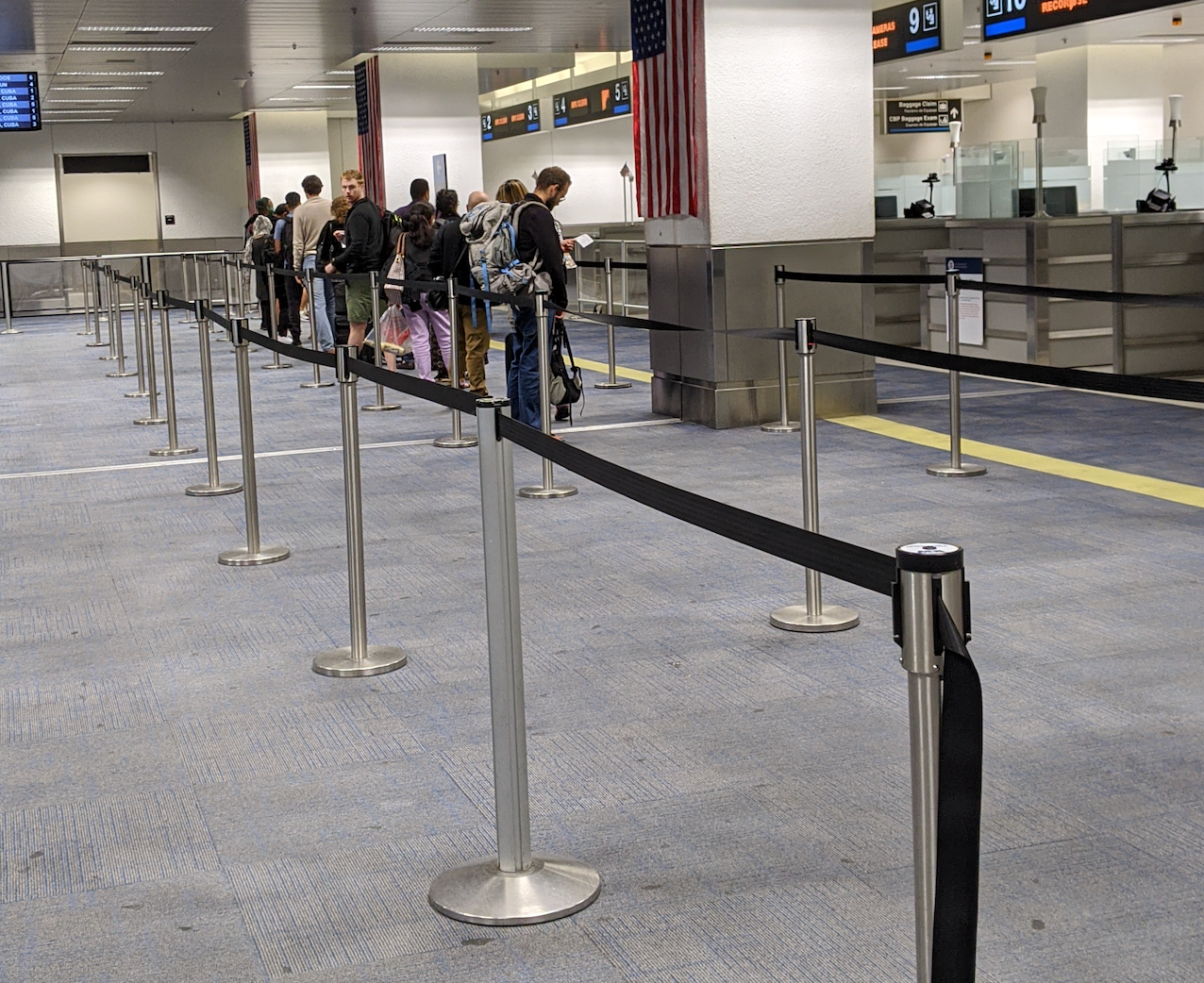 Editor’s note: The team at The Points Guy loves to travel, but now is not the time for unnecessary trips. Health officials note that the fastest way to return to normalcy is to stop coming in contact with others. That includes ceasing travel. We are publishing travel deals and experiences because we should all use this time to think about and plan our next adventures. TPG doesn’t advise booking trips for travel until the late spring or early summer — and even then, be mindful of cancellation policies.

A week ago, I was holidaying in Nicaragua, Central America with my partner. We had been in the region for nearly two months, arriving when the world was a very different place.

While we were keeping a very close eye on world events, including coronavirus news, Nicaragua seemed as safe a place as any to be at that stage. As of one week ago, the country had still not recorded a single case of the virus, and we were in a fairly remote area within the country.

Sign up for the free daily TPG newsletter for more aviation news.

We were keeping a very low profile. The town we were in was almost deserted, I was spending my time walking along the empty beach in the sunshine and reading by the pool.

However, there reached a point on our trip — when entire countries went into lockdown, thousands of people had died and airlines were grounding their entire fleets — that we decided it was best to get home. And fast.

Related: Complete guide to traveling during the deadly coronavirus outbreak

How to get home

Nicaragua has land borders with Honduras and Costa Rica, and within a few days, both those countries announced they were closing their land borders to all foreigners. The situation quickly became more serious as I feared that if Nicaragua did the same, the flights coming into the country would stop arriving, meaning we wouldn't be able to fly out.

We decided to sleep on the decision on Monday night, which, in hindsight, was probably a mistake. On Tuesday morning, we started looking at options home. Nicaragua's main airport only has a handful of flights each day, mostly to either the U.S., or neighboring Central American countries. I wanted to get to the U.S., as there were far more options to fly back to the U.K. than from this small, Central American country.

There were flights each day to the U.S. on American carriers, though the prices were astronomical up until Friday morning. We booked a cash fare from Managua (MGA) to Miami (MIA) with American Airlines and then a separate Flying Blue award redemption with Air France from Miami to London (LHR) via Paris. It was surprisingly difficult to find flights from Miami to Europe — I noticed that KLM, Lufthansa and Swiss had canceled all of their flights, while Norwegian, British Airways and American Airlines had canceled at least one flight each day.

We tried to stay calm the next few days while being bombarded with news of the coronavirus. I was especially monitoring any U.S. government announcements, as I expected them to cancel all international flights to and from the U.S. at some stage. Much to my disappointment, there were no seats available sooner, so I assured myself that flights I had booked would still operate, having a Plan B in case they could not.

Traveling from Nicaragua to Miami

On Thursday morning, we traveled to Managua by road and stayed at an airport hotel that night. On Friday morning, we headed to the airport very early and noticed most passengers in the terminal wearing face masks, despite not having seen them anywhere else in the country. There was plenty of toilet paper, hand sanitizer and wet wipes available for us to take on the journey.

Our American Airlines flight to Miami was completely full — it seemed mostly to be foreign tourists trying to leave the country. Many passengers wore face masks and wiped down their seats carefully, but other than that, it was a pretty normal flight.

Traveling from Miami to Paris

At Miami Airport, immigration lines were almost non-existent. I was surprised and disappointed that the full extent of the immigration officer's questions were where I had immediately flown from and how long I was staying in the U.S.

There was not a single question about my health, or if my partner or I had visited any high-risk countries, nor were there any signs or pamphlets about the coronavirus.

Miami Airport was reasonably busy. Most lounges were closed, though the Avianca lounge remained open on the strict condition that capacity stay limited to 50%, and all guests maintain distance from one another. The staff handled this tense situation well.

Looking at the departure screens at Miami (MIA) airport, around 20% of all flights that day were canceled.

Our Air France flight, which was operated by an A380, was very busy, which really surprised me. Not only was the flight busy, but that meant hundreds of strangers queued up in close proximity to board. The crew told us there had only been 27 passengers on the inbound Paris to Miami flight earlier that day (on a 516-seat aircraft) as non-U.S. citizens could no longer enter the country. If I had to estimate, there were more than 400 passengers on our flight to Paris on Friday evening.

The Air France Cabin Services Manager came through the business-class cabin where we were seated and verbally apologized to different sections of the cabin at a time that because of the virus and that they could only provide "the minimum service," to which she apologized for. She also said this flight may be the last A380 flight the crew ever operate, as they expect the route to be cut any day. The cabin broke out into applause to thank her and the crew for their work under the circumstances.

The crew did a phenomenal job on the flight. Other than the bread rolls being offered already individually wrapped in plastic, I really didn't notice any changes from the standard in-flight service, and it was a good flight.

I quietly thanked the crew member serving me dinner for helping all of us get home to which she sadly responded that, "Things are going to get so much worse than this."

As much as I love flying, I couldn't wait to get off the aircraft. Being in such close proximity to strangers when we have all been told not to did not make for an enjoyable experience.

Related: How to thoroughly disinfect your airplane seat

Traveling from Paris to London

Paris Charles de Gaulle Airport was quiet, though operating fairly normally. Most food outlets were closed, though retail shops remained open. Our connecting flight to London (LHR) was in a different Pier of Terminal 2, so we had to take the Air Train to transfer between Piers. It frustrated me that so many people were packed onto the tiny train, meaning social distancing was impossible. Though, it's hard to find another way to get around this.

The Air France lounged remained open, though staff had taken some measures like asking all passengers to maintain at a distance from one another, and the buffet offering was served by a staff member, rather than self-service. It was especially difficult to do anything in the lounge while keeping our hands clean. For example, opening the fridge to get a bottle of water involved napkins on both hands so I didn't actually touch anything.

Air France had massively reduced it Paris to London frequencies — only three flights operated last Saturday when we traveled, and the flight was fairly full.

We landed at Heathrow's Terminal 4, which was like a ghost town. There were dozens of British Airways aircraft parked off-stand at all sorts of unusual locations around the airport, including the now-unused Terminal 1.

There were some large signs in the immigration halls advising us of what we should do if we felt sick. I went to the eGates, as I usually do, which didn't work, so I was sent to a manned desk. The officer asked me several questions about my travel patterns in the past few months and my reason for entering the U.K. (I'm a resident). The officer asked no questions about my health or any instructions about what to do for the next two weeks.

If you have plans to travel back to the U.K. this week, keep in mind that plenty of flights will be canceled at the last minute. For that reason, I would travel sooner rather than later. So much changed in just a few days last week that I would expect that to continue this week. And if you've yet to buy your flights, note that pricing is all over the place — my two-hour American Airlines flight was £480 one day and £88 the next day.

Similarly, when there are high cash prices, that is where your points and miles could become even more valuable. Plus, you may find amazing availability on flights, though with so many flights being canceled or consolidated, you might be surprised at just how full and busy the remaining flights are.

In my experience, I found the liquids restrictions in hand luggage to be very lax. I suspect security has been told to allow people to take more liquids, such as hand sanitizer, through even if they are oversized. Be prepared to use it, too, because while you're traveling in the airport, it's impossible to socially distance no matter how hard you try.

If you do find yourself traveling this week, be nice to airline staff, especially cabin crew. As TPG always says, it never hurts to be kind — even more so at a time like this.

I am very glad to be home safely and quarantined in a flat in London.

While life could not be more different to walking along a completely deserted beach in 30-degree sunny weather just a week ago, it feels right to be back home and I feel like I have more control over my life here than I did there.

As much as I Iove traveling, I am looking forward to not going anywhere near an airport for the foreseeable future. It's the last place you should be if you are social distancing, and the only reason I made the journey was to get home. If you are considering coming home this week, I would recommend leaving as soon as possible as the situation is rapidly changing every day.