As travel resumes, sticker shock and overwhelming demand follows for some destinations 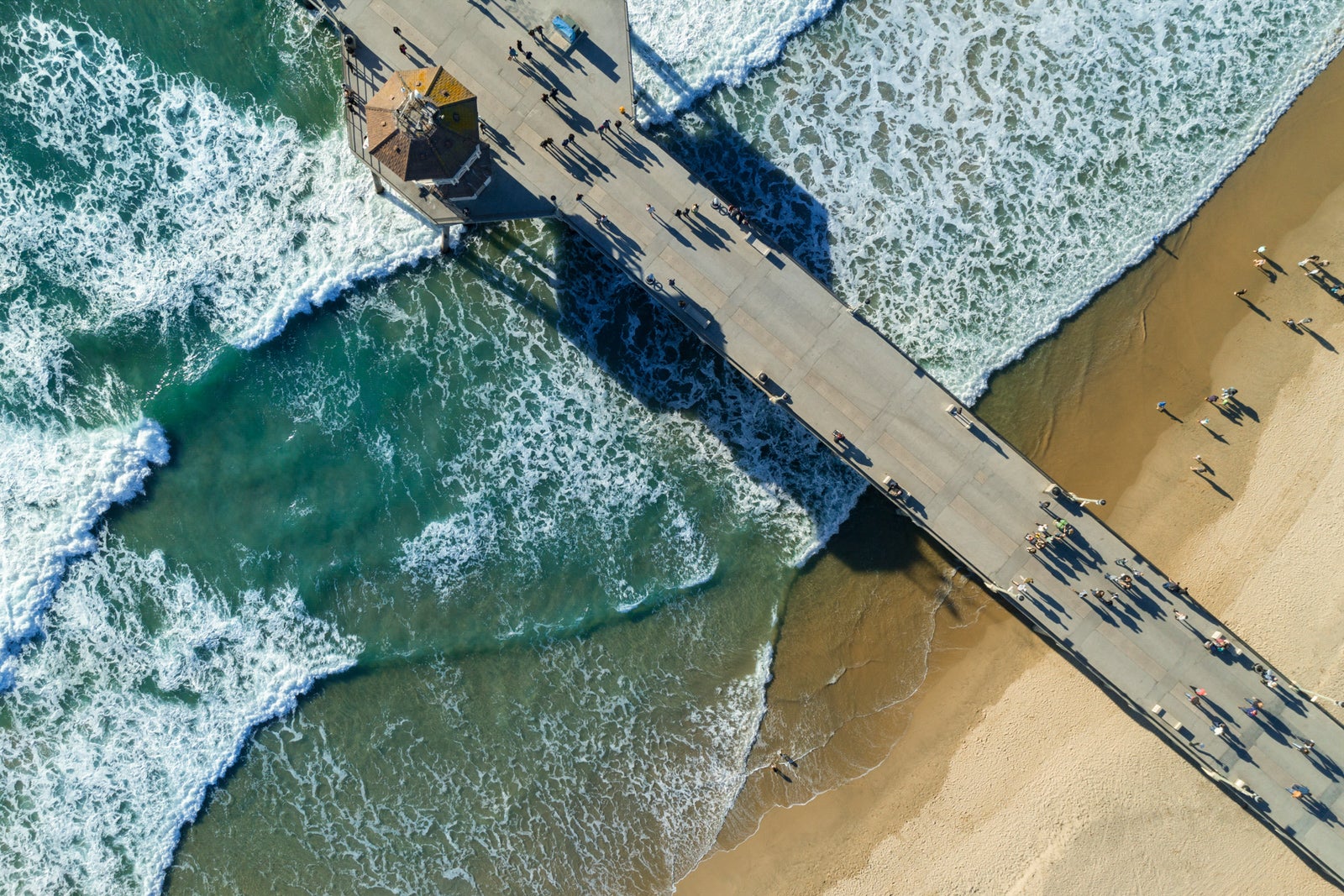 For at least the last 10 weeks, most Americans have stayed close to home. And in many parts of the country, we're still far from anything remotely resembling normalcy.

Spring break trips were scrapped with little fanfare. Now, summer vacations are in the coronavirus crosshairs.

But not all would-be travelers plan to sit this year out on the couch.

While some have cleared their schedules and plan to stay home until a cure or vaccine is widely available, others have merely delayed trips or picked new "safer" and closer-to-home destinations. Among the 30% of Americans who plan to travel this summer, some themes have emerged: road trips within the U.S. and outdoor getaways to state parks, national parks and beaches.

What's old is new again. Many types of vacations that were popular in the 1950s (before commercial aviation became affordable for the general public) have renewed appeal. For example, recreational vehicles (RVs) are dominating the 2020 travel landscape. The peer-to-peer RV rental site RVshare said it's recording its highest-ever booking numbers -- a 650% rise in bookings since early April.

“After spending months at home, cooped up inside, many people are going to be looking to book, or rebook, those much-needed vacations," says Jon Gray, CEO of RVshare. Gray tells TPG that, "While the rush back to airports or hotels in busy cities may take a little more time, many will turn to RV travel.""[It's the] ideal way to travel to not only avoid large groups, but a way to escape into nature and spend time outdoors. With their means of travel, cooking, and sleep all on board, their trips can be completely self-contained allowing people to get back to traveling while doing so responsibly,” he added.

In a recent survey of traveler sentiment, RVshare also found that travelers are heading outdoors -- 65% to national parks and lake destinations. And an overwhelming majority want to drive to destinations that are close to home (82%) or avoid crowds (92%). Inexpensive RV relocation rentals on Imoova from $1 to $25 per day can also make a road trip very appealing.

Unfortunately, as travelers pile into their cars or RVs, they may all be driving to the same national parks and campgrounds. Even for travelers willing to fly, the pent-up demand and the lure of remote, crowd-free destinations are manifesting as a handful of overbooked markets.

From April 5 to 11, 2020, the average U.S. hotel occupancy rate was 21%, according to Hotel News Now. But once some states lifted stay-at-home restrictions, things changed quickly in select drive-in beach destinations.

According to data from STR in Texas, where the stay-at-home order expired on April 30, Galveston jumped from 26.1% occupancy from April 26 to 30 to 57% on May 1 and 2. Elsewhere along the Gulf Coast, Corpus Christi occupancy jumped from 39.7% to 63.3% in the same time frame.

This pattern repeated in some Florida spots, such as Daytona Beach, which saw a jump from 21.5% to 45.6% for the same date ranges.

TPG's Summer Hull recently rented a beach house in Galveston on the Texas Gulf Coast, and since her booking, she has already seen the nightly price increase by $250 per night for similar dates.

Rental homes in short supply in the Northeast

It's no secret the Northeast has been extremely hard hit by the coronavirus. Not only has the rate of infection been higher in places like New York City, but people have been sheltering in place in small spaces, usually without a backyard. It makes sense these folks would be especially anxious to get out as soon as safely possible.

The Hamptons have always been a popular summertime vacation spot for New Yorkers because they're easily reached by car (or private helicopter) from the city, and this year rental houses in the Hamptons are in short supply. The ones that are left come with skyscraper-sized rates.

TPG's executive editorial director, Scott Mayerowitz, lives in Manhattan with his wife and 5-year-old daughter — and he recently experienced the tight vacation housing market in the Hamptons firsthand.

Travelers hoping to rent for just a week or two are finding limited inventory, even at higher prices. Several cities and states have also restricted short-term rentals, causing even more shortages, although people are getting around it by renting for several months at a time.

As an example, Marriott's new Homes and Villas platform lists 115 homes in the Hamptons. Only 31 of them are available for a month-long rental in July, with the cheapest starting at a whopping $999 a night -- extreme even for the tony seaside community.

Related: How to find the perfect Airbnb rental

The national stampede toward national parks

By and large, travelers are most comfortable heading to state and national parks this year (44%), according to TPG's special report on traveler sentiment. And across the country, many of the nation's most popular national parks are beginning to reopen in phases, making them — in some cases — a traveler's only choice for a summer vacation.

But even as park superintendents and local officials urge visitors to be mindful of social distancing, the parks have been slammed by eager crowds. When Great Smoky Mountains National Park opened many major trails and roads on May 9, 2020, a park spokesperson said cars from at least two dozen states filled the parking lots. Travelers swarmed the trails and breezed past barricades.

Zion National Park recently reopened its gates for limited operations on May 13 and quickly filled to capacity. Just after 10 a.m. on a recent Saturday, the park announced parking was full on the Zion Canyon Scenic Drive, necessitating its closure until space became available.

Related: How to use hotel points to stay near a national park

Travelers have even set their sights on destinations where the parks haven't yet reopened. Betsy O'Rourke — CMO for park concessionaire Xanterra Travel Collection – said travelers are still canceling reservations for close-in dates, particularly for June and July. "But," she added, "other travelers are scooping up the available rooms."

"Our bookings are very strong and comparable to past years," O'Rourke said, adding that Xanterra was aiming to open as much as possible within the parks on June 15.

Hawaii booking up, despite block on tourists

Hawaii is essentially closed to tourists. Anyone with their heart set on a relaxing trip to the Aloha State has to wait until at least the end of June — or endure a mandatory 14-day quarantine upon arrival, among other restrictions.

But, many travelers are still hoping for Hawaii trips later this year. Although Hawaii is one of the most closed-off states, many see it as a more viable alternative to international travel.

If you're looking to take advantage of cheap flights or mileage deals to visit Hawaii during the Christmas and New Year's holidays, lodging may be the bigger challenge. In fact, Virtuoso told CNBC Maui is the sixth most popular destination for the 2020 holiday travel season.

Of the 36 Marriott properties in Hawaii, only 16 still have award availability for the final week of 2020, with the majority of those in Honolulu. If you are hoping to use hotel points around Christmas or New Year's at popular resorts such as the Andaz Wailea, Hyatt Regency Maui or the Westin Maui Resort Ka'anapali, you're out of luck. The Grand Hyatt Kauai currently has award nights, but only for travelers who meet the five-night minimum-stay requirement.

Related: Best ways to get to Hawaii using points and miles

Points properties will be the first to fill

On a recent investor call, Marriott said it's managed to save money -- about $45 million per month -- in payouts to individual hotels when people redeem their points for a stay. And despite the uptick in travel, loyalists still aren't cashing in their points at the rate we'd normally see.

If current trends continue and we see a return to leisure travel first and a lag in business travel, it's likely we'll see greater numbers of people redeeming points for stays, rather than paying in cash. This is especially true since points bookings can provide travelers with additional cancellation and rebooking flexibility during these uncertain times, while keeping much-need cash safely in the bank.

As a result, it's very possible inventory in standard rooms (the room types typically bookable with hotel points), will be scooped up at locations most travelers are targeting. So, in addition to an upswing in bookings near southern beaches and other sought-after destinations such as national parks, Hawaii and the Hamptons, travelers will also be competing for a limited number of award nights at points properties around the country.

Nearly 30% of Americans recently surveyed said they’d wait until 2021 to travel. But there are millions of travelers who are ready to go right now — some of whom are already on the move this Memorial Day Weekend.

It may be a while until travelers are filling theme parks and flocking to cities, but some types of trips and destinations are on travelers' minds now more than ever. If you have a national park, drive-in beach or home vacation rental in mind, it's time to get busy booking (while being mindful of cancellation and rebooking policies) before rates increase even more or inventory completely dries up.