Articles
Edward Pizzarello covers family travel for TPG Family and also blogs at Pizza in Motion. You can find him hosting the Miles to Go podcast and eating doughnuts on Twitter and Instagram.
Follow
May 26, 2019
•
7 min read 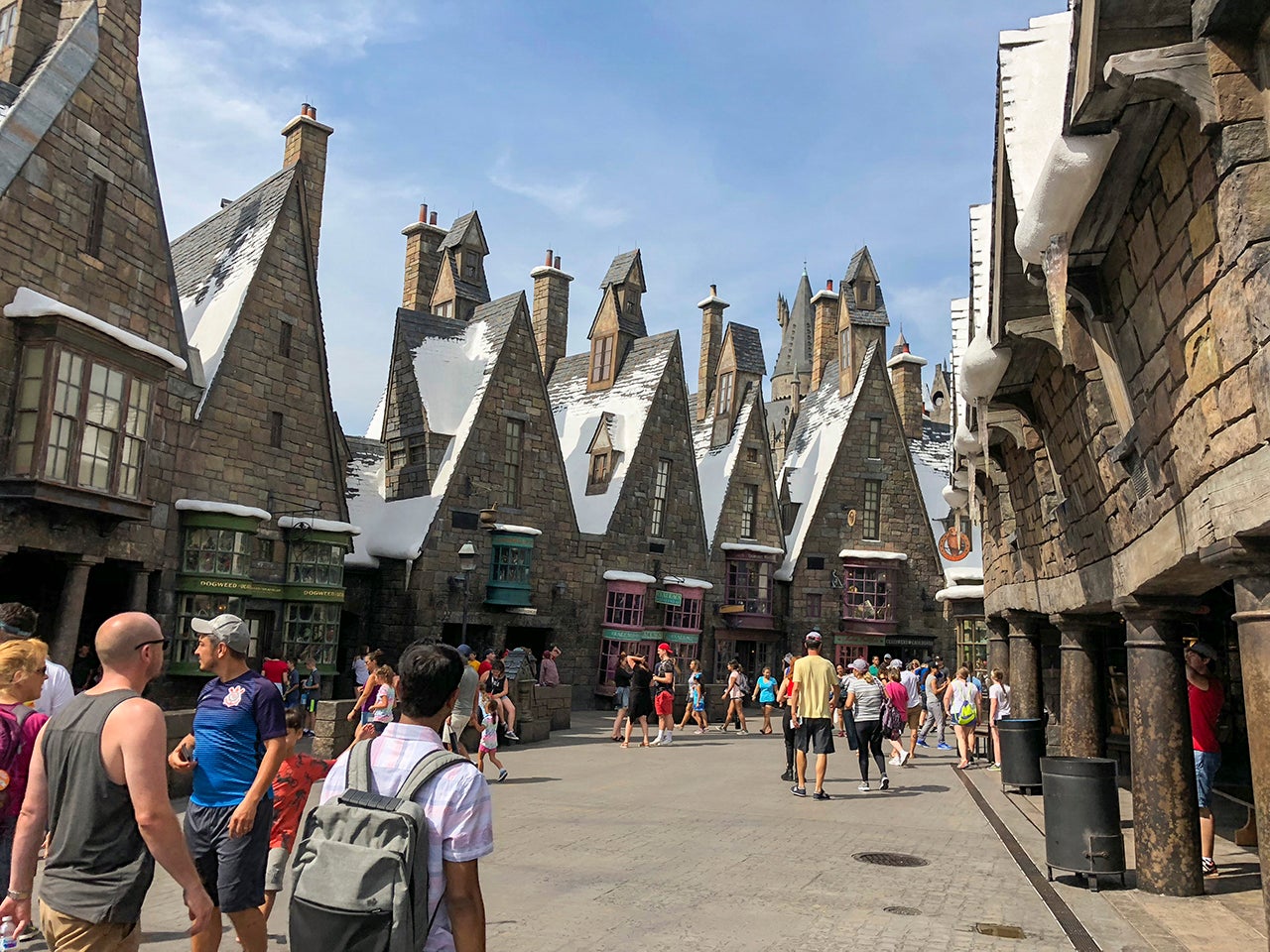 Harry Potter fans near and far eagerly await June 13 when the brand-new Hagrid's Magical Creatures Motorbike Adventure ride opens at Universal's Islands of Adventure in Orlando. It's one of the most anticipated new rides at theme parks across the world for 2019.

When the Wizarding World of Harry Potter first opened in 2010, the immersive theme park experience was changed forever. Universal Studios wasn't the first to try its hand at creating magical themed rides and "trips" to other lands, but they were the ones who catapulted guests to places that make you feel as if you have left the confines of the theme park.

Now, Universal claims to have conjured up the most immersive and highly themed roller coaster ride ... ever. Given its history with the previous Harry Potter attractions and some sneak peeks, we are inclined to believe them.

As the premier of this new ride gets closer and closer, Universal Orlando is sharing more details about the ride itself, including the fact that an animated Hagrid, Hogwarts' gamekeeper, will take center stage.

The theme park says it has created a 7' 6"-tall "hyper-realistic animated figure" that has 24 different body motions and facial expressions that capture the essence of Hagrid. The animatronic figure's costume was also created by the same designers that developed the character's on-screen wardrobe for the movies. And, actor Robbie Coltrane voiced Hagrid's script as well to make sure visitors feel the experience is as authentic as possible.

To set the stage, riders will venture to the edge of the Forbidden Forrest (with over 1,000 live trees!) and enter some ruins located beyond Hagrid's hut. It is here that your Care of Magical Creatures class with Hagrid will begin.

Ultimately, Hagrid's motorbike will take you on an adventure that reaches speeds of up to 50mph and has a record-breaking seven total launches (for reference, Seven Dwarfs Mine Train at Disney World tops out at 34 mph).

The new Harry Potter ride, the longest in Florida at nearly a mile long, will travel in multiple directions (ahem, backwards). It will also be the first coaster in the US to have a free-fall drop! And, in a twist, the experience will be different whether you're riding on Hagrid's motorbike or in the side car. Double the fun, though also double the amount of time waiting in line if you want to ride twice (more on that in a moment). To keep the excitement building, here's a brand new first-person look at some of the twists and turns of the ride but don't watch if you want to be fully surprised come June.

This ride will plunge you into a pit of Devil's Snare after whisking by Fluffy, the three-headed dog, and a swarm of Cornish pixies. There are more surprises in store because, as you know with all things Hagrid, things don't always go as planned.

Along with the high speed come pretty big height requirements. Sorry young wizards, but you will have to be 48 inches for this one. That's the same as for Harry Potter and the Forbidden Journey, but more than is required for Escape from Gringotts (42 inches) and Flight of the Hipporgriff (36 inches).

If you want more than just a peek at what is in the official release, as construction nears completion, more details are emerging from folks with an industrious eye in the sky. Theme Park Insider points to some images of Fluffy and other elements of Hagrid's new playground:

Not only can the streets of Hogsmeade and Diagon Alley get very crowded, but waits for the existing Harry Potter rides at Universal can be hours long at times -- and that's before the newest attraction opens.

While word is there will be not be an Express option when Hagrid's Magical Creatures first opens, there are ways to reduce your wait time for most things Harry Potter.

Related: How to Use Points at Universal Studios

We can't wait for Hagrid's new attraction to open in Orlando. On top of being an epic new Harry Potter experience, it may help spread out the crowds a bit more in Hogsmeade (after the opening rush, at least). And, this awesome new attraction boosts the value of a Universal Studios annual pass, which already is a compelling offer for a fan of all things Harry Potter.

Read on for more Universal Studios tips and reviews:

Featured image by (Summer Hull/The Points Guy)
Editorial disclaimer: Opinions expressed here are the author’s alone, not those of any bank, credit card issuer, airline or hotel chain, and have not been reviewed, approved or otherwise endorsed by any of these entities.