Articles
Edward Pizzarello covers family travel for TPG Family and also blogs at Pizza in Motion. You can find him hosting the Miles to Go podcast and eating doughnuts on Twitter and Instagram.
Follow
Feb. 23, 2019
•
4 min read 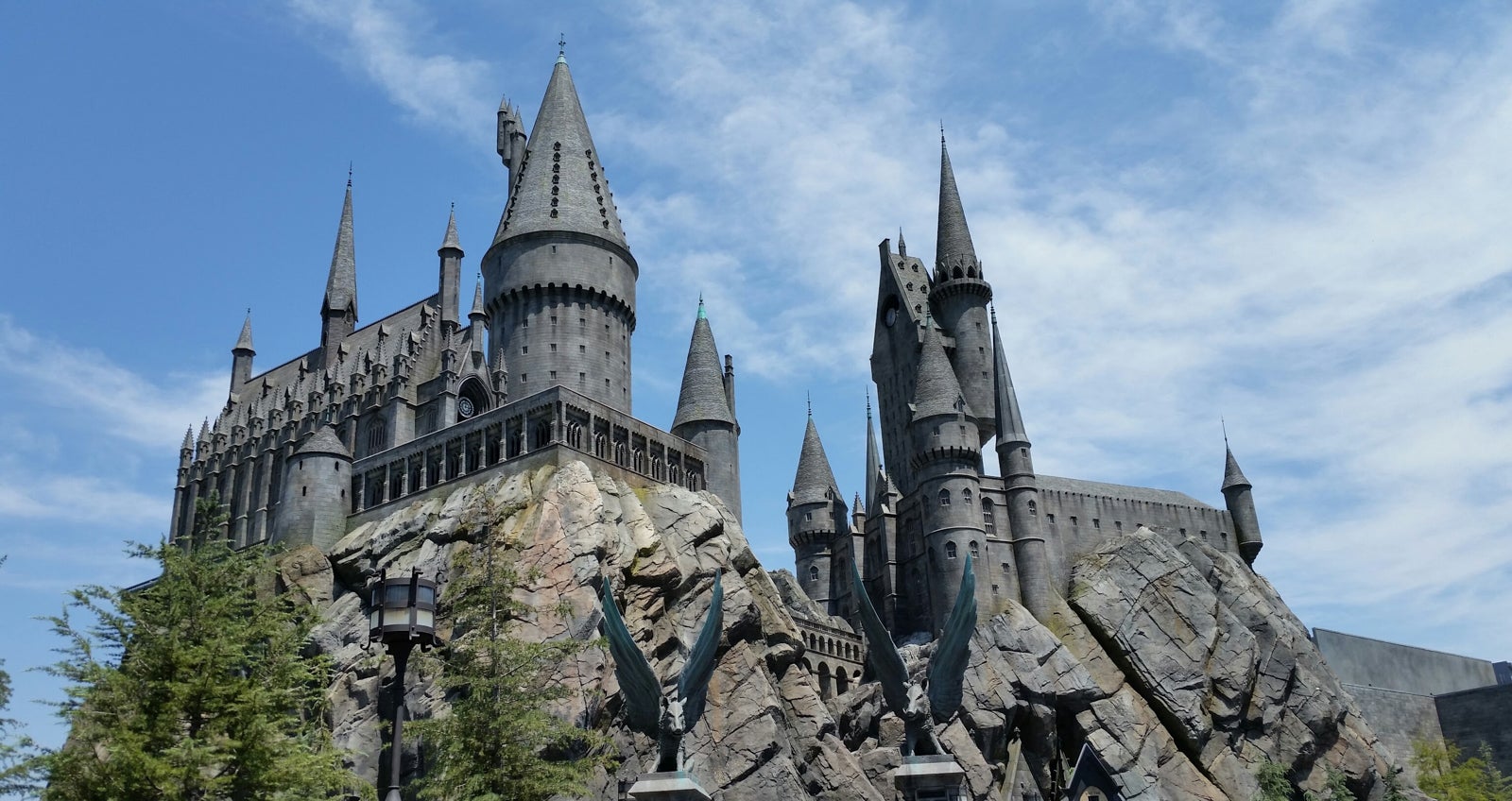 Hagrid Takes Over Hogwarts in New Wizarding World of Harry Potter Ride
This post contains references to products from one or more of our advertisers. We may receive compensation when you click on links to those products. Terms apply to the offers listed on this page. For an explanation of our Advertising Policy, visit this page.

After months (years?) of waiting, loyal Harry Potter fans finally know what the theme of the new roller coaster coming to Hogsmeade at the Wizarding World of Harry Porter in Universal Orlando's Island of Adventure. And, we now know when the most diehard fans will get to try it out for the first time.

Universal Orlando has released just a hint of what we can expect. On June 13, the park will debut Hagrid's Magical Creatures Motorbike Adventure. The lovable part giant/part wizard who's a fan favorite (including my 12-year old daughter) will take to the skies when the new roller coaster experience opens. It's one of the most anticipated new items at Universal theme parks across the world in 2019. Loyal fans have been eagerly watching the construction taking place behind the fences in place as they disembark Hogwarts Express at Hogsmeade Station, hoping to catch a hint of what's to come.

Universal Studios had already said this would be the most immersive and cutting-edge experience it has ever envisioned. The official announcement that just emerged still leaves us wanting more details, but confirms that Hagrid and some of his magical creatures will make an appearance this summer. The Hippogriff already has a prominent place for flight right alongside the castle. And now, we know Hagrid will be nearby with more of his friends.

What makes this coaster the most immersive? Will Harry Potter make an appearance? The ride appears to be an outdoor roller coaster. To be immersive, does that mean we're going to see some sort of virtual reality or augmented reality as part of the ride? So many questions for the most ardent fans (and there are so many of those fans).

The addition of Hagrid and his menagerie in Hogsmeade may actually help you weave your way through the already bursting crowds. The construction is set pretty far back from the fence line, so we might actually get some more room to roam inside Hogsmeade once construction is complete. As Universal keeps adding attractions like these from its most popular franchises, it boosts the value of an annual pass. The popularity of the existing favorites across the two Universal theme parks (and the size of those crowds) is why we see consistent signals that a third Universal Orlando theme park is in the works.

Until the parks expand or Harry Potter loses his magic, the crowds should continue to grow. If you're faced with long lines, and you just can't wait to get on Hagrid's Magical Motorbike, you can throw the budget out the window and opt for a private VIP tour. It'll put a serious dent in your wallet, but you won't wait in Hagrid's line (or any others). Alternatively, consider staying at a Universal Resort (such as Loews Royal Pacific, Loews Portofino Bay Hotel or Hard Rock Hotel where you get included Express Passes to spend more of your day on rides instead of in lines without spending nearly as much as you would on a VIP tour.