Articles
Ethan Steinberg has been a frequent flier for as long as he can remember. He went from studying abroad in Paris to moving to Shanghai after graduating college, where he covered all things travel in the Asia-Pacific region for TPG.
July 14, 2018
•
7 min read 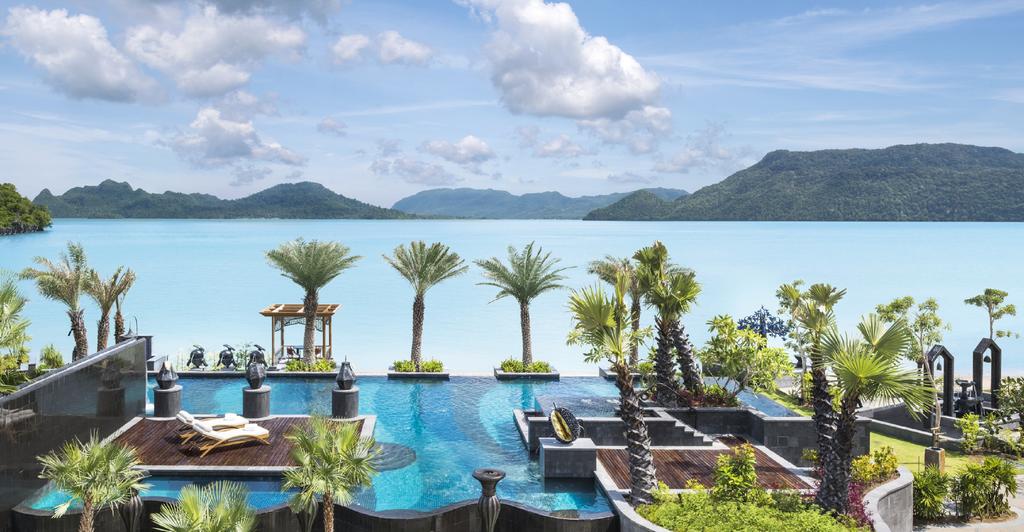 Last month Marriott released the complete award rates for the new Marriott loyalty program, giving us the next piece in this ongoing puzzle. Overall the news was promising, as 70% of the 6,800+ hotels will require the same or fewer points per night moving forward. However, a deeper dive also showed that properties at the very top and the very bottom were more likely to have increased in price than those in the middle.

We still don't know how Marriott will choose to implement off-peak, peak and standard redemption rates starting in 2019, but on the surface at least, there are a number of hotels that stand out as incredibly good value redemptions in the new program, even beyond the fantastic all-suite redemptions that will be available for the rest of this year. Here are a few of our favorites.

The W Paris Opera is perhaps the "quietest" hotel in Starwood's obnoxiously bright and loud brand, at least from a design perspective. But don't let that fool you. Located just a few blocks away from the Galeries Lafayette, this hotel oozes refined luxury with a modern twist. Rooms are on the cozy side, as is the norm for space-constrained European hotels, but bright splashes of color and views of classically Parisian architecture across the narrow streets make sure you never forget where you are. Paris has one of the most comprehensive metro systems of any major city, so while the hotel is within walking distance of the Champs Elysees and the Louvre, the entire city is at your fingertips.

The "Las Vegas of Asia," as Macau is often called, is known for high-rolling gambling and opulent luxury, as the name would suggest. But whether you're there to test your luck, conduct business or just shop and eat, the all-suite Ritz Carlton Macau has your every need covered. Suites start at over 800 feet and offer sweeping views of the Cotai Strip of casinos that defines Macau's skyline. On-site dining options run the gamut from Cantonese to French to poolside dining. With rates here routinely topping $800 a night, this is an excellent use of your Marriott points.

The Andaman ocean is home to some of the most stunning tropical islands, including well-known tourist destinations like Phuket and Koh Phi Phi. But further south off the west coast of Malaysia lies the hidden gem of Langkawi. The St. Regis Langkawi, one of the newest hotels on the island, encapsulates this natural beauty while adding its own modern luxurious finishes. From plunge pools to overwater villas, scuba to snorkeling, parasailing to spa days, this hotel offers the ultimate relaxing getaway. As an added bonus, Langkawi is much easier to get to (logistically) than remote islands like the Maldives or Bora Bora.

New York has no shortage of luxury hotels. Under the new Marriott program alone, it will be home to a St. Regis, two Ritz Carltons, the New York EDITION and seven other category 7 or 8 hotels. The EDITION is one of the best value redemptions in the city, as it gets you into a high-price, high-quality hotel without costing you all your points. While the building maintains its original facade as an early 20th century clocktower, the interior is as modern as it gets with airy, well designed rooms and a Michelin-starred restaurant on site. In a city as big as New York, location is everything, and the New York EDITION is located on Park Avenue, right next to Madison Square Park, and just a mile away from TPG's offices if you want to stop by to visit Miles and Hootie!

Not to be confused with the W South Beach, the W Miami is one of the few South Florida hotels without its own beach. But with a 50th story WET DECK that features both indoor and outdoor pools, you might not even mind. The hotel's 346 guest rooms and suites feature the colorful quirkiness you'd expect from a W, with nice aquamarine tones to remind you of the water just outside. Located in Miami's vibrant Brickell neighborhood, you'll have 24/7 access to art, music, dining and shopping. And don't worry, there are plenty of beaches nearby if you start craving sand.

Here's the point where I have to come clean and admit that my "deep dive" into the new Marriott award chart went a little too deep. I didn't read through all 6,800+ hotels, but I came pretty close... and my heart skipped a beat when I discovered the DO & CO Hotel in Vienna, a member of design hotels. Aviation enthusiasts know DO & CO as the provider of some of the world's best in-flight catering, with clients including Emirates, Cathay Pacific, Singapore, Asiana and many more. Turns out they also run a hotel! And of course, the DO & CO restaurant on the top floor features the same catering we've all grown to love in the air. The hotel also has an incredible location right next to St. Stephen's cathedral, so you can take in the historic views while you dine.

Every successive piece of news to come out of the new Marriott program has made me more and more confident that the sweeping devaluations we all feared might not actually materialize. These are just six examples, but in cities around the world, you can find luxury hotels that are as good or even better deals than they were before. As long as Marriott makes a decent amount of standard and off-peak dates available, there's plenty of value to be had in this new program.