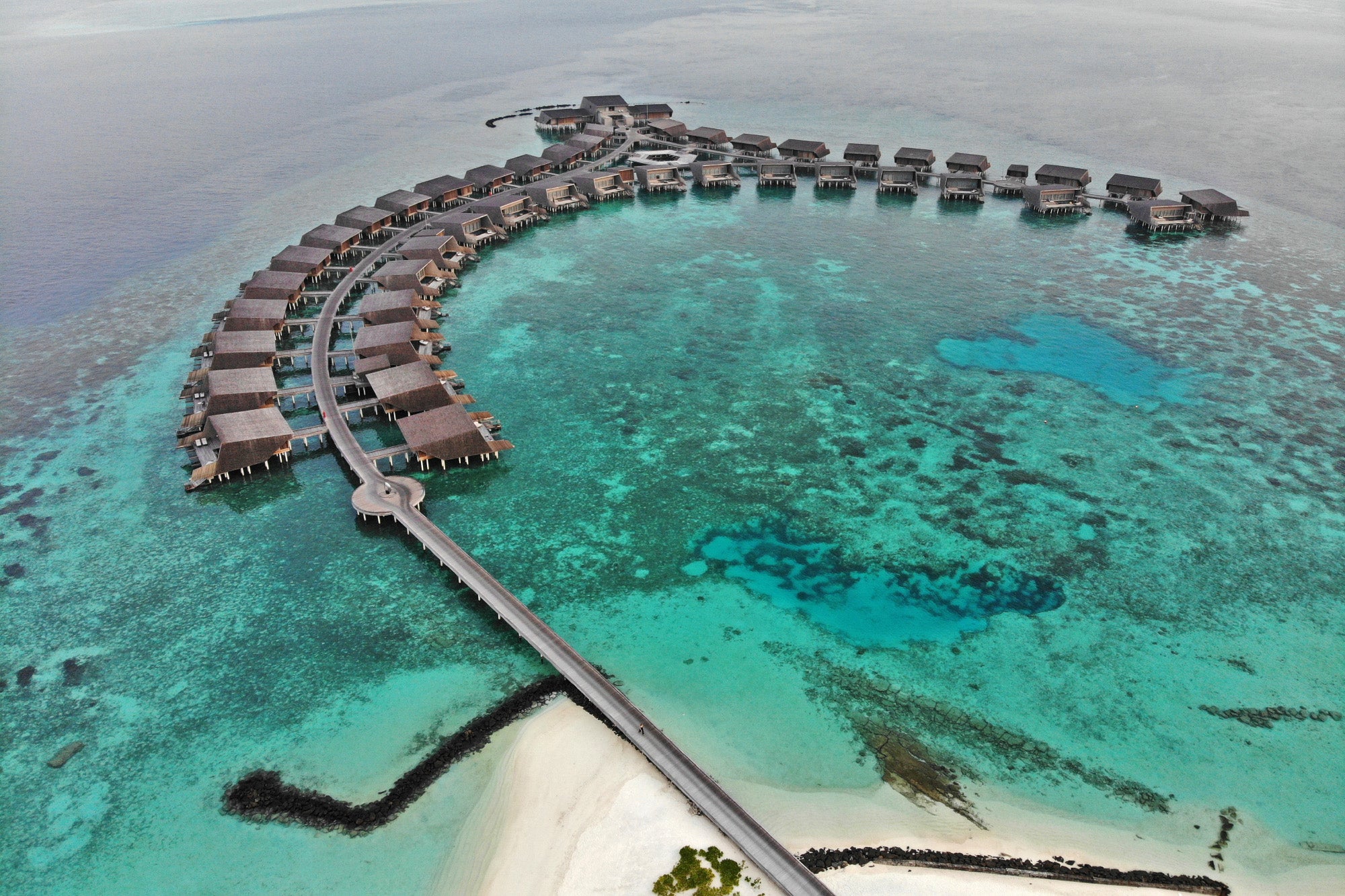 Insane: 60k Marriott Points for St. Regis Maldives, Bora Bora, Al Maha and More!
This post contains references to products from one or more of our advertisers. We may receive compensation when you click on links to those products. Terms apply to the offers listed on this page. For an explanation of our Advertising Policy, visit this page.

Update 3/5/19: The 60,000-point pricing detailed below is no longer available as of March 5, 2019. For details on Marriott redemption options, please visit How to Redeem Points With the Marriott Bonvoy Program.

Update 6/28/18: Marriott SVP of Loyalty David Flueck clarified that these new base redemption rates will only apply to "standard rooms." Currently, base redemptions are actually for upgraded room types, as they are with overwater villas at the St. Regis Maldives. While it isn't yet clear which rooms will fall under the "standard" category, it sounds likely that overwater villas will require additional points. Overall, it's still great news, though, with David explaining "we worked hard to get all of our all-suite hotels in the award chart. We’re thrilled that this will open up redemption options to guests who previously didn’t have enough points to redeem at these properties."

On Thursday morning, Marriott finally released award categories and rates for its full portfolio of 6,500+ hotels. Initially, it didn't seem like there were many surprises, although with 70% of properties maintaining their current redemption rate or dropping price, there was a fair amount of good news.

But while TPG Editor-at-Large Nick Ewen was digging through a mix of the more common redemptions, I jumped right to the high end — in fact, my very first search was for the St. Regis Maldives, my new favorite hotel in the world. Here's what I saw:

Now, the St. Regis falls under Marriott's new Category 8, which actually won't kick in until 2019. For now, all Category 8 properties price at the Category 7 rates, which means a fixed 60,000 points per night. And, as with before, you'll get the fifth night free — a five-night stay would require only 48,000 points per night (16,000 current Starpoints, before factoring in the upcoming 3x conversion).

But Marriott has always maintained that the new program will also have a special redemption tier for premium all-suites resorts like the St. Regis Maldives, along with Prince de Galles in Paris, the W Retreat and Vana Belle in Koh Samui, Al Maha outside Dubai, St. Regis Bora Bora and more. In the past, SPG has placed these properties on sale at some point during the year, dropping the redemption rates by 35%, but even then they're still incredibly expensive redemptions — which does make sense, given the sky-high cash rates.

In an attempt to standardize redemptions across all of its brands, however, Marriott has made the outrageously generous decision to lump all of these hotels under the standard Category 8 band — which, again, prices at the "Standard" Category 7 rate of 60,000 points through the end of 2018, even for stays booked far in the future.

Just how crazy is this move? Well, during peak periods, the St. Regis Maldives' base redemption of an Overwater Villa With Pool will run you $5,000. That's per night — a five-night stay will cost $25,000 for the room, taxes and fees. Under this current redemption structure, you can get that room for just 240,000 Marriott points. (For current SPG fans, that's the equivalent of just 80,000 Starpoints for a five-night, $25,000 stay.) That works out to a value of 10.4 cents per point, or well over 10x our current valuation of Marriott points. Whoa!

A five-night stay at Al Maha, also priced at a grand total of 240,000 Marriott points, would otherwise run you more than $7,000 — not the same return, obviously, but a value of 2.9 cents per point is still outrageously good.

Normally with deals this insane, we'd suggest booking now and asking questions later, but given the lead time on this — the new rates kick in on a still-to-be-announced date in August — we reached out to Marriott's PR team to confirm that the rates are indeed correct, specifically referencing 60,000 points for the St. Regis Maldives. Here's the official word:

"Yes, the chart is correct. There will be a mix of standard and upgraded rooms available for all-suite hotels."

So, yes, 60,000 Marriott points for a night is really happening. However, while the "standard" redemption at the St. Regis Maldives is currently an Overwater Villa With Pool (which is already pretty generous), it's possible that a Garden Villa could become the new base award once the new rates kick in. But even that suite type is nearly as pricey:

This is the deal of a lifetime as far as I'm concerned, and since the new rates don't kick in until August, we have some time to plan.

Given how low the redemption rates are, it could even make sense to transfer points from Chase Ultimate Rewards — earned with cards like the Chase Sapphire Reserve and Chase Sapphire Preferred Card — to Marriott Rewards, a move that would ordinarily mean taking a currency worth 2.1 cents and ending up with one valued at 0.9 cents per point, based on our current valuations. But since you could be getting nearly 5 times that 2.1 cents in value with these redemptions, this is the one time it might be worth it.

If you're hoping to book one of these awards, I'd take this time to build up your balance, then get ready to pull the trigger the moment the new rates kick in this August.