Too many elites: Why you might want to be a free agent and skip elite status next year

Articles
Ryan Smith is a credit cards writer at TPG and is on a mission to visit every country in the world. He lives in southern California.
Follow
Dec. 13, 2022
•
9 min read 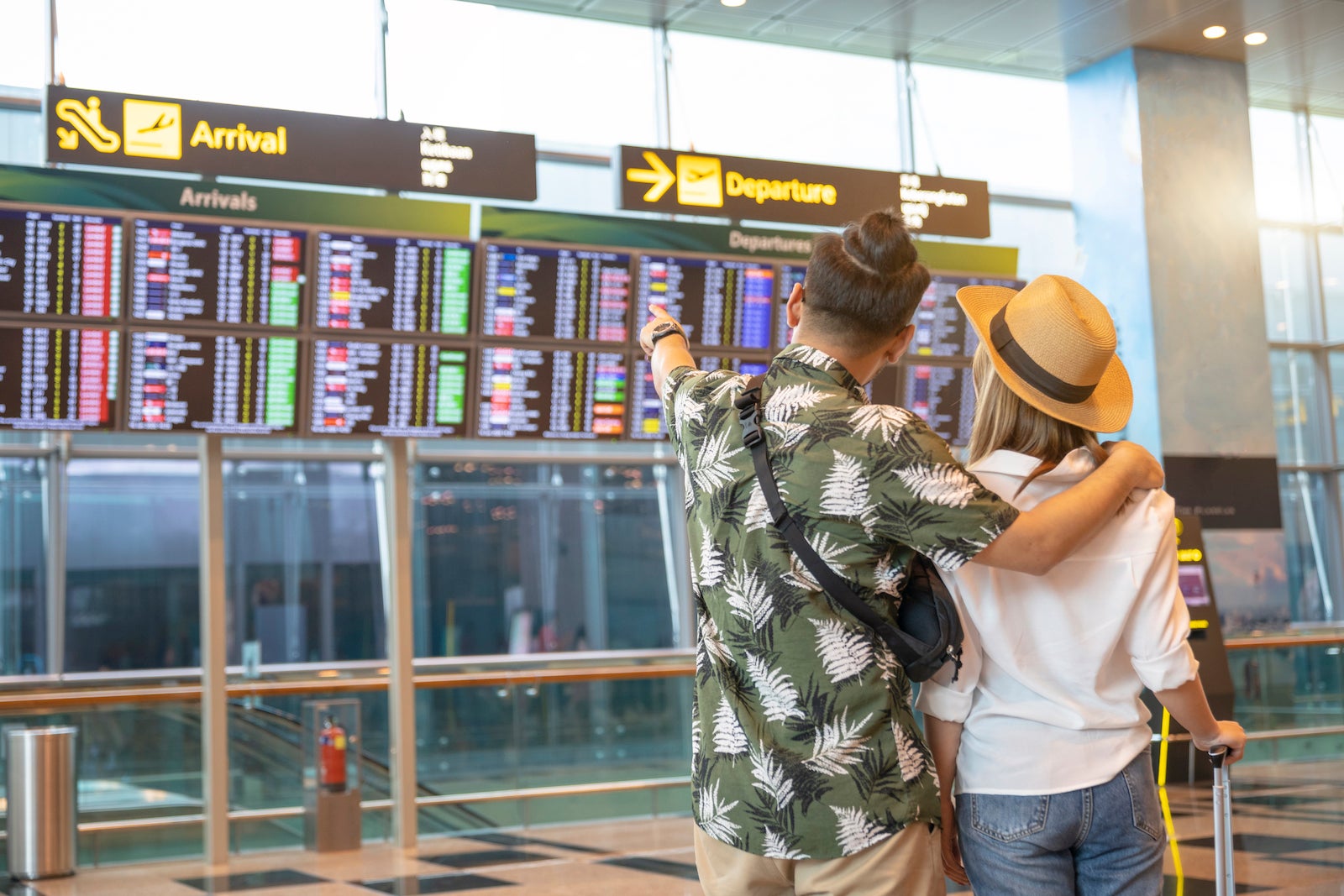 If you're looking for the hottest airline elite status of 2023, it's this one: free agency.

Maybe you're familiar with that term in professional sports, where an athlete is free to play for any team in the future and isn't under a contract with a specific team. For some travelers, this might be a good way to approach your air travel plans next year.

Perks of this "free agency" status include not boarding early, not getting fancy seats in the front of the plane and possibly not getting a free checked bag.

All joking aside, though, there is a positive to this approach: You can take your next flight with any airline you choose and won't feel beholden to a particular airline — especially when you're increasingly less likely to receive the full gamut of your status perks.

With so many passengers eligible for upgrades these days, maybe you're tired of the guesswork and letdowns from not receiving an upgrade. Maybe you're looking to try something new next year. Here's why you might not want to work toward airline elite status in 2023 and go rogue instead.

These days, it seems like everyone is elite. Maybe it doesn't just seem that way, either.

On his way home from the TPG Awards, TPG director of content Nick Ewen posted in our workplace Slack that his Delta Air Lines flight had 58 people on the upgrade list.

His plane (an Airbus 220-100) had 12 seats in first class, 15 seats in Comfort+ and 82 seats in the main cabin. That means roughly 50% of the people on that flight likely had some level of status or upgrade eligibility from a credit card, such as the Delta SkyMiles® Reserve American Express Card. And that doesn't include elite members who were traveling with family members and therefore not eligible for upgrades.

Fifty-eight people hoping for upgrades into just 27 seats between first class and premium economy is a ridiculous amount. And it's not just Nick's flight, either.

Related: Is airline elite status still worth it?

A side benefit of my Marriott Bonvoy Titanium Elite status is that I receive complimentary United Airlines Premier Silver status.

Flying to and from my home airport (John Wayne Airport in Orange County, California) on United Airlines this year, I've received exactly zero upgrades across dozens of flights. At this point, I assume I won't receive upgrades and don't bother checking the app.

The last few times I checked, I was 19 and 25 on the upgrade list — for one or two available seats in first class. As the lowest rank among status levels, there's no reason to get my hopes up when so many people have higher status than I do these days.

But where did all of these elite members come from?

They didn't all arrive on the upgrade list by having the right credit card. Throughout the coronavirus pandemic, airlines have needed ways to entice travelers to maintain loyalty and keep spending money.

Related: Can a loyalty program have too many elite members?

To compensate for all of these extra mid-tier and top-tier elite flyers, airlines like United and Delta have announced that earning status next year will be more difficult. Delta also won't be offering Elevate Your Status this year, because there's no need to create additional elite flyers. And while there are many more top-tier flyers now, planes haven't necessarily gotten bigger. That means more people are competing for the same number of seats on the upgrade list.

If you're feeling like you don't get upgraded often and are wondering whether the effort of qualifying for status year after year is still worth it, you aren't alone.

Why you should go for free agency

After obtaining elite status with an airline, many travelers report feeling "stuck." Now that they've earned this status, they need to fly with that airline (or its partners) to enjoy the benefits that come with status: early boarding, upgrades, extra snacks or drinks, lounge access, etc.

But what if the airline with which you have status isn't the best for your upcoming trip?

If I want to fly from John Wayne Airport (SNA) to Austin-Bergstrom International Airport (AUS), flying with United would require a connection somewhere along the way. There's no option for a direct flight. I could fly with American Airlines on a daily nonstop flight, but that would mean sacrificing benefits like free checked bags when I fly on United.

Do you value your time or your status more? That's the conundrum many travelers face, sometimes describing it as a hamster wheel that they can't get off.

However, what if you look at flying the way someone else — someone with no elite status — would? That person would likely choose flights based on the shortest route to their destination or the cheapest ticket. The operating airline wouldn't matter.

With all of these elite flyers floating around, your chances of being upgraded aren't as good as they used to be. If you're staying true to an airline because of the perks you've earned through elite status, how many of them are you enjoying these days?

If your answer is "fewer than before," it might be time for free agency. Allow yourself to book the cheapest (whether that's in cash or points and miles) or the fastest flight to your destination.

How you can still keep some of your elite benefits

I've harped on upgrades a few times, and there's a reason. While upgrades to preferred seats or first-class cabins are some of the main draws of airline status, there are other benefits as well. The good news is that you can keep many of them, even if you don't keep your status.

Related: Losing elite status? Here are 5 ways to still get the perks you want

Many airlines offer free checked bags and priority boarding to everyone who has a credit card from that airline. Consider getting a credit card with a low annual fee as a way to maintain these benefits.

Related: These credit cards can get you free checked bags

Additionally, you can still maintain access to airport lounges through credit cards. For example, the Citi® / AAdvantage® Executive World Elite Mastercard® and United Club Infinite Card provide access to American Airlines Admirals Club and United Club lounges, respectively, when you are flying on those airlines or their partners.

However, if you aren't confining yourself to just one airline any longer, you also should expand your lounge access. Consider credit cards that can provide access to Priority Pass or Centurion lounges, which you can access regardless of which airline you're flying that day.

And if you're hoping for a first- or business-class seat, consider paying up to book it with cash or miles. This way, there's no waitlisting or hoping for confirmable upgrade space. Instead, you can book what you want upfront and know what to expect before you head to the airport.

Related: I'm 1 flight away from United elite status — this is why I'm not booking it

Rather than the end-of-year hustle required to complete your final flights and requalify for elite status, consider which benefits you will realistically enjoy next year and whether you can receive them without a mileage run. Maybe a piece of plastic in your wallet could do the job and also broaden your options when it's time to plan your next trip.

There are many elite flyers these days — possibly too many, depending on who you ask — and not everyone will receive an upgrade on your next flight. Plus, if you have points and miles, you can use those to book yourself into first class or business class and avoid the question of whether you'll receive space-available upgrades on the day of your flight.

That's my approach: If I want to fly in the fancy seats, I reserve one by using extra miles. That way, there's no guesswork or nail-biting involved. Free agency is where it's at for 2023.

Featured image by VIROJIT CHANGYENCHAM/GETTY IMAGES
Editorial disclaimer: Opinions expressed here are the author’s alone, not those of any bank, credit card issuer, airline or hotel chain, and have not been reviewed, approved or otherwise endorsed by any of these entities.