Is airline elite status still worth it? 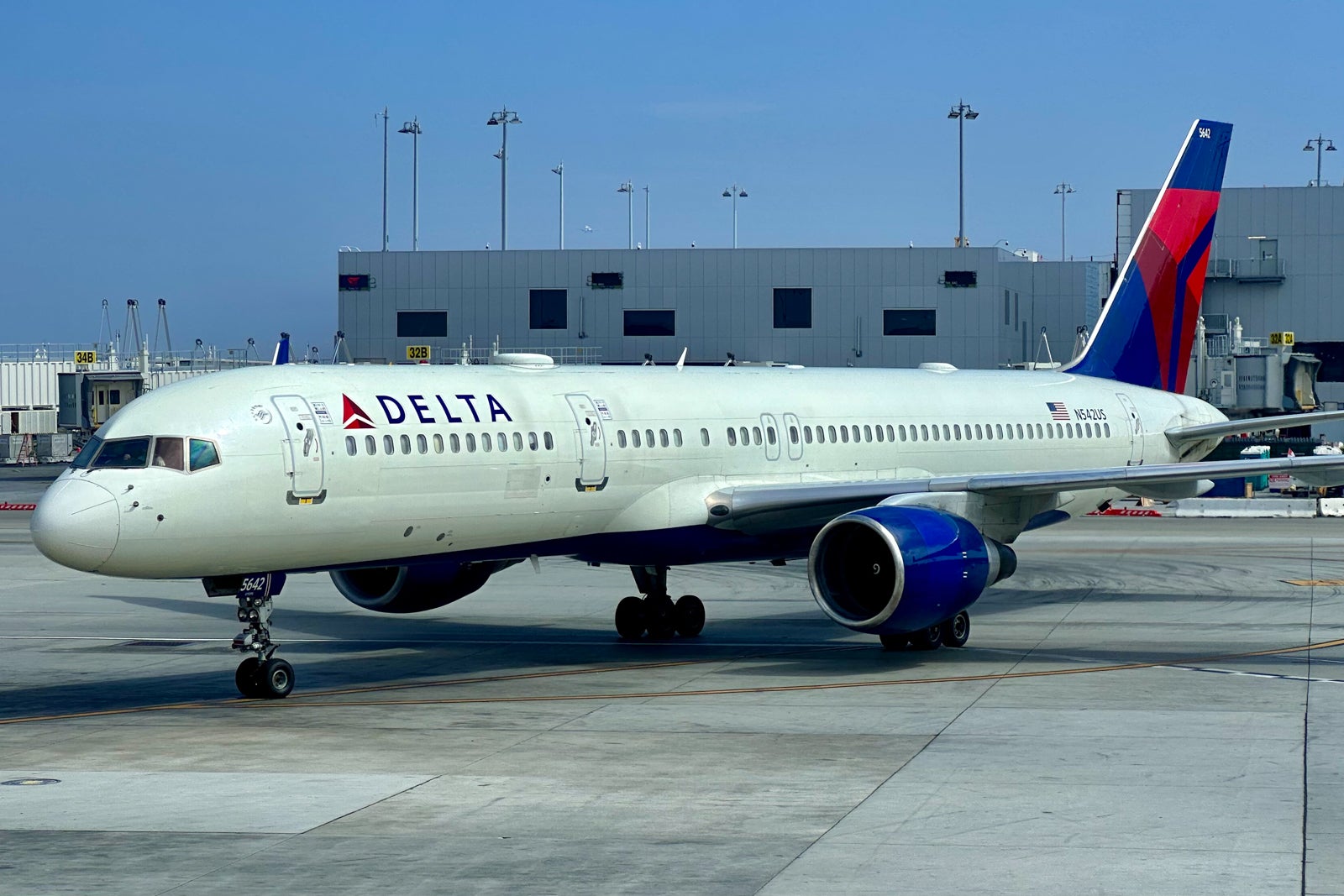 However, if we look at it objectively, is airline elite status even worth it right now? This question is especially tough to answer given the current travel landscape: Upgrades are harder to come by, and there are occasional operational failures as well as packed planes.

Here are the arguments both for and against taking another spin on the elite status hamster wheel.

Why elite status isn’t worth it

The main benefits of airline elite status are typically things like complimentary upgrades, priority check-in, early boarding and waived checked bag fees. However, a cobranded airline credit card can mirror many of these perks.

For about $100 per year, you can get a mid-tier airline card and enjoy many of the same benefits, plus discounts on inflight purchases (a perk not even offered to elite members).

The United Explorer Card even offers expanded award availability to cardholders, which is normally reserved for elite members, as well as a pair of one-time United Club passes each year.

Meanwhile, more upscale airline cards, as well as premium travel rewards cards like The Platinum Card® from American Express, offer even more benefits, including lounge access in some cases — which elite members typically don’t even get unless they have a ticket to fly in the front of the plane.

Some airline cards, such as the Delta SkyMiles® Reserve American Express Card and the Alaska Airlines Visa® credit card, even reward cardholders with annual companion flight certificates (though the terms of these vary widely from card to card); even elite members don’t normally get these certificates simply from status.

Considering that even the lower rungs of airline elite status typically require a couple of thousand dollars in annual spending, it may be better to pay a flat annual fee for one of these cards and guarantee access to the perks that matter to you without going out of your way to chase status.

Upgrades are still hard to come by

Also, folks who earned status with the lower thresholds that airlines put in place last year are now joining the competitive pool.

Add in more aggressive upselling of premium seats by airlines, likely in order to bring in as many dollars as possible, and you have limited “free” upgrades.

For instance, Delta often offers upgrades to first class at discounted prices all the way until a day before departure. TPG senior news editor Clint Henderson recently received an upgrade to first class on a flight from San Francisco to Salt Lake City for just 9,900 Delta SkyMiles or $99 cash. (He jumped on the miles upgrade at that price.)

Then there’s the problem of all those people trying to use the upgrade certificates that were extended during the pandemic. So, you’re often fighting to use them and the airlines are simply not making upgrade space available to elite members. Both Delta and American Airlines, for example, can be stingy with releasing upgrade inventory — something that has not gotten better during the pandemic.

Airlines have eliminated change fees for everyone

Although often overshadowed by more glamorous perks like free upgrades and lounge access, for a long time, one of the most valuable perks of elite status was greater flexibility.

Most elite statuses offer some form of a same-day change benefit. Some status levels even offer waived ticket change/cancellation fees. This benefit could save you hundreds of dollars as it effectively allows you to put tickets on hold for as long as you need.

However, these benefits are mostly irrelevant now that many airlines have done away with those fees. Now, you can change or cancel most award and paid tickets for free, and award tickets have essentially become refundable.

Likewise, United now offers free same-day standby for all passengers, allowing you to easily switch to an earlier flight.

Sure, complimentary confirmed same-day changes — which are usually reserved for elite members — are nice to have, but they probably aren’t worth chasing status for.

Why elite status may still be worth it

Top-tier elite members typically get some tangible rewards upon qualifying for status, such as upgrade certificates or the ability to gift entry-level status to someone else. Upgrades are also much more likely to clear since these elite members are at the top of the status food chain.

Also, sometimes top-tier elite members get noticeably better treatment and may occasionally get transfers between gates during tight connections.

Finally, many of the best airport lounges (particularly first-class lounges) are typically reserved just for first-class customers and top-tier elite members — you typically can’t access them with a credit card or lounge membership.

You will get much better customer service as a top-tier elite member. Period.

Oftentimes, elite members can access dedicated phone service numbers. Or, the airline will recognize the elite member's phone number and route them to elite phone agents; this allows them faster access to help or might allow them to skip the line altogether. The rules applied to these valuable customers’ accounts can also be more ... flexible.

TPG has found that wait times could exceed three hours in 2021, and during system meltdowns, this can still happen in the current day. Our staff members with elite status on Delta rarely had to wait that long. You can’t put a price tag on your valuable time, and elite status will help save you time and patience.

Related: The 9-hour wait: Here’s why hold times are so bad

You’ll also get priority during irregular operations. That was another huge problem last summer as weather and operational meltdowns led to mass flight cancellations for airlines like Spirit Airlines and American Airlines. In 2022, Delta and other airlines experienced their own summer travel issues which lead to hundreds of canceled flights.

Not only will top-tier elite members’ calls get answered more quickly, but they will also typically get first priority when it comes to rebooking. Those with status get the first pick of new flights if they are facing a cancellation. Often, the major airlines will even rebook top-tier elite members on competitors just to keep the most loyal/valuable customers.

Earning status is still easier in 2022

While elite status might not seem as valuable as it once was, it has also become more attainable than ever.

Due to the pandemic, most airlines lowered their 2021 elite status qualification requirements. We saw less leniency in 2022, but we did see Delta roll over all 2021 Medallion qualifying miles to 2022. Not to mention, United handed out free Premier qualifying points in early 2022, and American gave elite members extra time to qualify for status when it moved to Loyalty Points.

On top of that, frequent flyer programs have been offering back-to-back promotions, such as rewarding passengers with double elite qualifying miles on flights. For example, Southwest Airlines is running a handful of year-end promotions for A-List status; it is retroactively awarding tier points for some award flights and is offering double tier points on flights taken before Nov. 30.

All of this is before even considering the elite status shortcuts offered by cobranded airline credit cards.

Even in normal times, many airline credit cards allow cardholders to earn incremental credits toward status through their spending. And with American's move to Loyalty Points, you may be able to earn status without ever setting foot on a plane.

The value of airline elite status ultimately depends on how much you use it and how much value you get from it.

For most people, it probably won’t be worth going very far out of your way to chase airline elite status. You can easily replicate many of the perks that a low- or even mid-tier elite traveler would enjoy by holding the right credit cards and buying the occasional upgrade to first class. Or, you can just book business- or first-class award tickets and not worry about upgrades at all.

That said, there are some exceptions for those who are true road warriors and can achieve top-tier elite status. Flying with top-tier airline status is still a different experience than without it. Likewise, between the reduced qualifications and promotions being offered this year, it may be worth pushing through if you’re just short of crossing the finish line; many different pathways to status have opened up this year via rollover miles, credit card spending and other promotions.

So is airline elite status worth it? Sure, it can be — but only if you can get to a relatively high tier without trying too hard or spending too much.