Is It Worth It? $1.07 Per Minute for Disney's Early Morning Magic at Magic Kingdom 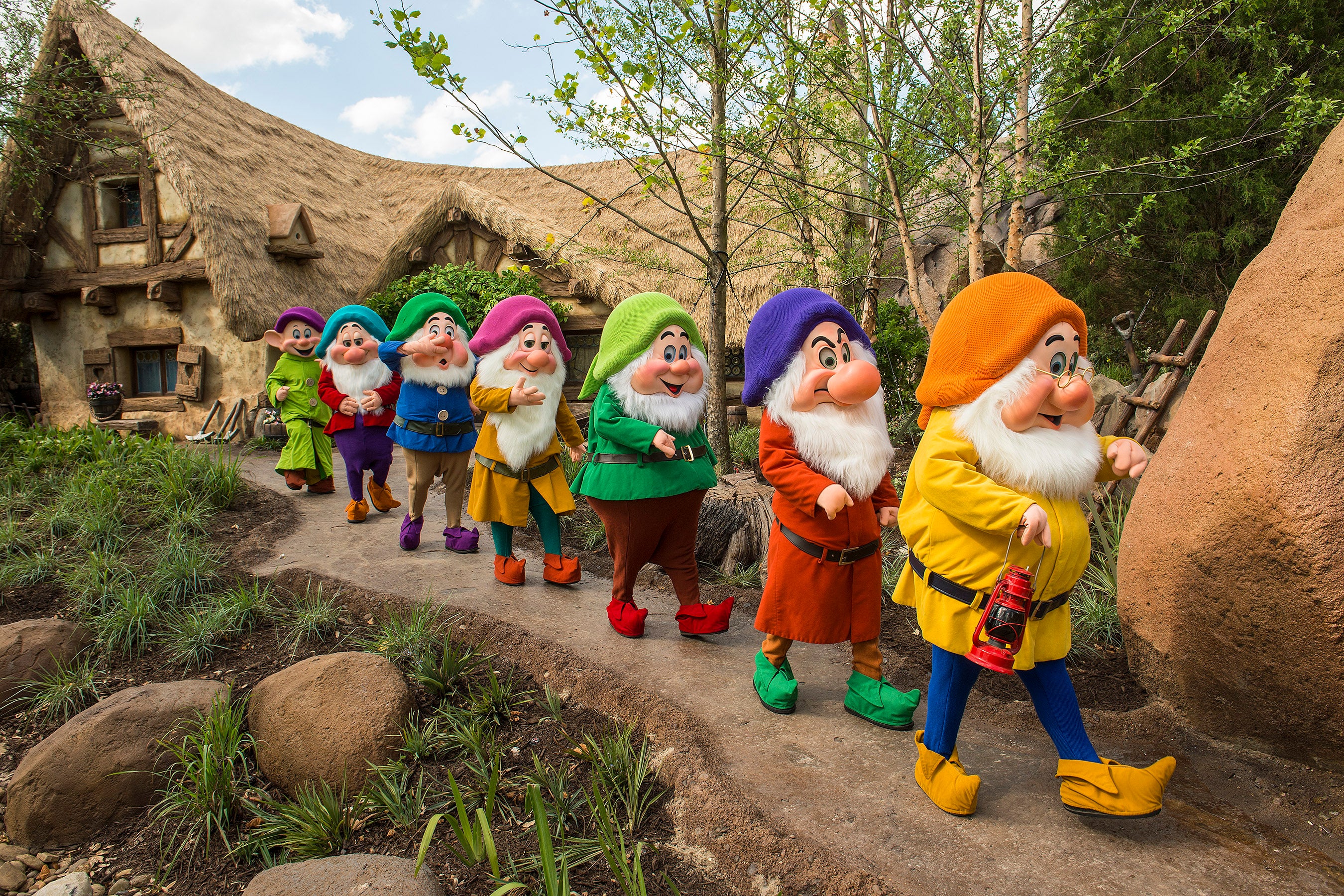 TPG's Mommy Points once outlined the "Best $69 You Could Spend at Disney World." These $69 bought you early morning access to Magic Kingdom's Fantasyland before most of the magic-seeking public is allowed in so you can ride Seven Dwarfs Mine Train, Peter Pan's Flight, etc. over and over again without FastPasses.

Since then, the price for Fantasyland's Early Morning Magic has changed (upward, of course), but the number of rides included was also expanded. Once or twice a week (at least from now until March), Disney is offering early risers the opportunity to spend extra time in Magic Kingdom's Fantasyland before the park's normal 9am opening time. During a recent January trip to Orlando, my son, father and I participated in Early Morning Magic. Here's everything you need to know.

*Note that Peter Pan's Flight is not available Jan. 22, Jan. 29, Feb. 3 or Feb. 5, 2019, due to refurbishment, but ticket prices remain the same. The Prince Charming Regal Carrousel is often open, but not guaranteed. It was open when we visited.

Also included with your early park visit is a breakfast buffet open from 8–10am, which is hosted inside Cosmic Ray's Starlight Café, right next to Fantasyland. A limited number of tickets are allotted for each morning to ensure you don't face crowds -- and yes, these offerings do sell out.

You can purchase tickets on the Disney World website by selecting the date you're going to visit. Tickets are $79 per adult and $69 for children between ages 3 and 9, plus taxes. The three of us were charged $241.77. That works out to $3.22/minute of park access ($1.07 per person average). Remember: You must also have a ticket for the Magic Kingdom good for the day you are doing Early Morning Magic.

A 7:45am start meant an early morning wake up at Disney's Pop Century Resort where we were staying. Because we were paying such a premium price for 75 minutes, you better believe we were going to try and enjoy each single minute available. Given you don't ever really know how the bus situation is going to play out from a Disney resort to the park, we were told by the front desk to catch a 6:35am bus, which would put us at the Magic Kingdom roughly around 7am. We got to the Pop Century Magic Kingdom bus pickup area at 6:30, where a bus was ready to go with the three of us and three other early risers.

We got to the park well before 7am where security was waiting at the screening area but not yet open. It was a pretty chilly winter morning by Orlando standards and only a couple dozen of us were waiting by 7am. We went through security into the plaza area outside the Magic Kingdom entry gates and took a few minutes to grab a picture of the now empty, but usually crowded, plaza area.

You are given a special "Early Morning Magic" wristband that has to be placed on your right wrist. At the entry to each Fantasyland attraction, we were asked to show our wristband.

By 7:19am, I was through the ticket readers and a small group of us were held just outside the tunnel that goes underneath the Walt Disney World Railroad. This is where we stood for the next almost 20 minutes. I'd read a few reviews of Fantasyland Early Morning Magic, and most suggested you'd be able to get in the park by 7:30am. That meant you'd actually be in Fantasyland by the 7:45am start. By 7:40am we were still in our holding spot, and a decent number of people were behind us waiting at the tunnel, though it was not a large crowd by Disney standards.

My dad and I estimated a couple of hundred people, including all the dining, tour and Early Morning Magic guests. Unfortunately for us, we weren't allowed past the railroad tunnel until 7:46am -- meaning, in my head $3.22 had just gone down the drain for a wasted minute of magic. As soon as we were given the signal, I came as close to running as possible, pushing my son in his stroller and ensuring my dad was trailing close behind.

We headed up Main Street, USA, and to the right of the castle where a cast member had an Early Morning Magic sign directing us down the sidewalk to Fantasyland, between Cosmic Ray's and the Mad Tea Party.

I was in the Seven Dwarfs Mine Train waiting area by 7:52am and walked immediately onto the ride with no wait. My dad and son did the Mad Tea Party while I rode the mine train as the 4-year-old wanted nothing to do with the small coaster — probably because of his slightly-terrified experience on Slinky Dog Dash the day before in Hollywood Studios. The exit rope barrier was down, so you could get right back on Seven Dwarfs Mine Train and ride as many times as you like.

Fantasyland, which encompasses the area from the Mad Tea Party to "it's a small world" and around the corner to Under the Sea, was completely empty for the duration of Early Morning Magic. You could walk on and off each attraction as many times as you wanted with no wait during our January visit.

Unfortunately, for the first half of our time, Winnie the Pooh "didn't have his coffee" and was not open until after 8:30am. Peter Pan's Flight was closed due to refurbishment. Double whammy.

We covered all the attractions, riding Under the Sea twice, finished up with Winnie the Pooh twice and my dad and I switched off riding Seven Dwarfs Mine Train a few times. The only thing we didn't do was meet the princesses in Fairytale Hall as my son wasn't familiar with them and said he wanted to ride the rides instead. We were done with everything by 8:45am and headed over to Cosmic Ray's for breakfast.

As soon as we walked into the restaurant, the servers behind the counter had trays with hot plates of food ready to hand us. The hot plates had bacon, eggs, sausage, pancakes and breakfast potatoes.

There was also a cold buffet of fruit, yogurt and pastries, as well as coffee and tea. Breakfast was robust and hearty after such an early morning start.

At 9am we watched the rope-drop crowd go into Tomorrowland and Fantasyland from the holding area in front of the castle. It was a bit satisfying knowing we'd skipped the lines and already completed a lot of what these park-goers were hoping to accomplish.

We were done with breakfast by 9:10am and headed straight to Buzz Lightyear's Space Ranger Spin to get on with no wait. If we wanted to eek a little more value from the early experience, we could have positioned ourselves near a ride that would open as soon as the park officially opened at 9am and waited on breakfast until closer to 10am, but hunger called. As a recap, here is a minute-by-minute timeline of our Fantasyland Early Morning Magic experience:

While Mommy Points loved her family's Early Morning Magic experience at $69 on their heavy-crowd July visit (where Peter Pan's Flight was also operational), in my opinion, our experience was not worth the cost. For starters, not being allowed to walk into the Magic Kingdom until 7:46am would waste valuable time for those who can't walk as fast as me. While it was great to ride so much in Fantasyland, during our off-peak trip, I got day-of FastPasses for every attraction except Seven Dwarfs. Granted, this was a lower crowd level day during the school year, so your mileage may vary if visiting during peak times.

But for us, this made it feel like Early Morning Magic was paying $241 to eat breakfast and skip lines later in the day for Seven Dwarfs Mine Train. The other concern I have is breakfast itself. From park opening until around about 10:30am is crucial riding time as crowds are still thin. If you waste 20 minutes or more eating breakfast, you're killing your prime attraction time in the rest of the Magic Kingdom. At the very least, try to wait until close to 10am to eat the included breakfast.

On a peak crowd day where day-of FastPasses are not possible and you don't hold a FastPass for Seven Dwarfs Mine Train, Early Morning Magic might be worth it (use discounted Disney gift cards to shave a bit off the cost). It was admittedly pretty neat to be in the park with empty pathways and without lines, but at $3.22 per minute for our party of three, pretty neat came at a pretty high cost.