The Best $69 You Can Spend at Disney World

Articles
Summer Hull , aka Mommy Points, ran the Mommy Points site for families who want to travel more for less using miles and points for seven years. She now heads up a variety of special projects at TPG when she isn't exploring the world with her own two girls.
Follow
Aug. 09, 2018
•
8 min read 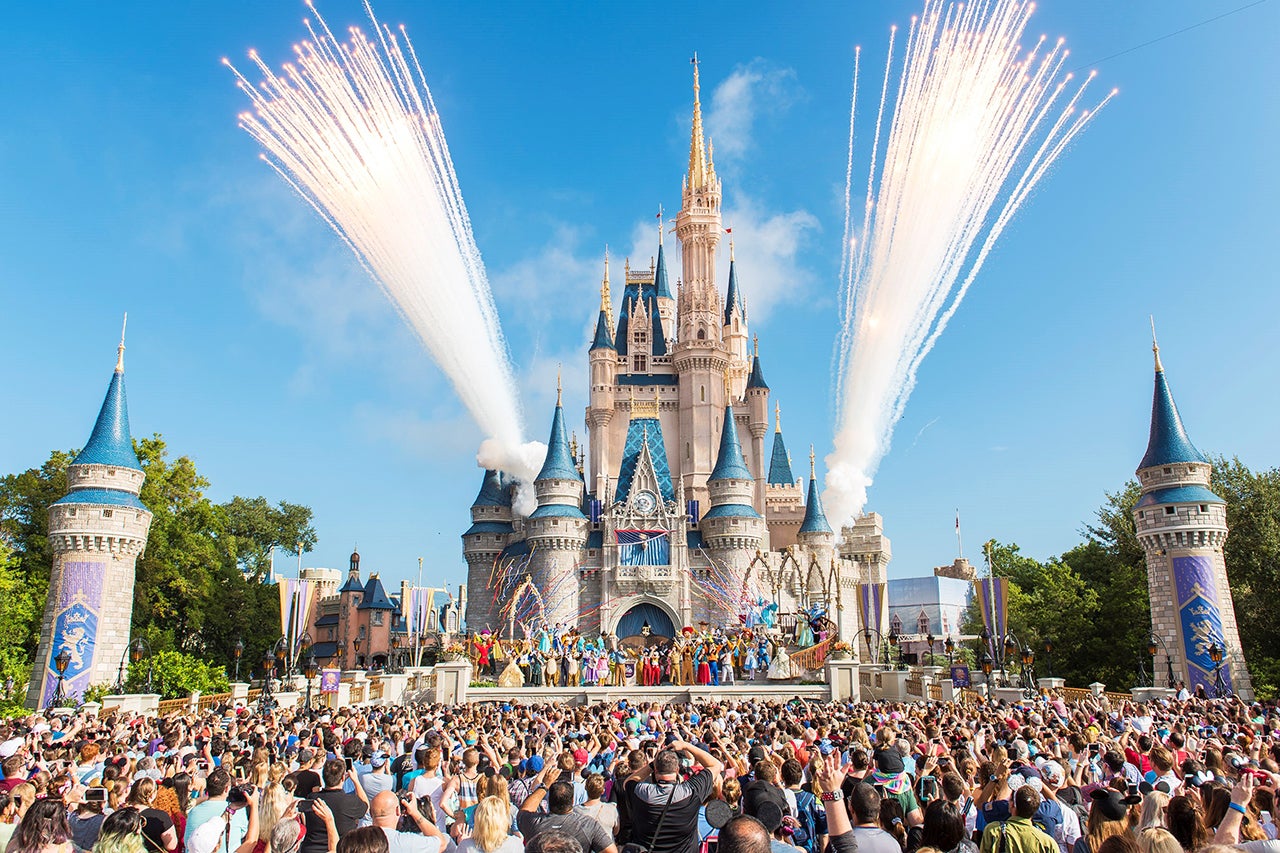 The Best $69 You Can Spend at Disney World
This post contains references to products from one or more of our advertisers. We may receive compensation when you click on links to those products. Terms apply to the offers listed on this page. For an explanation of our Advertising Policy, visit this page.

There will never be a shortage of things for families to spend money on during a Walt Disney World vacation — but I think I may have found the very best use of $69 at Disney World in Orlando.

For the price of $69 for adults and $59 for children (those two and under are free), you can purchase tickets to Disney's Early Morning Magic. This is not to be confused with the similarly named, but very different, Extra Magic Hours you get just by staying at a Disney resort.

Disney's Early Morning Magic access is a special package you can purchase that includes entrance to select rides in Fantasyland at the Magic Kingdom before the park officially opens.

Beginning precisely at 7:45am, your $69 (or $59) gets you unlimited access to The Many Adventures of Winnie the Pooh, Peter Pan's Flight and Seven Dwarf's Mine Train. Other attractions within Fantasyland, such as It's a Small World, may also be available to Early Morning Magic ticket holders, but only those first three guarantee early access.

Disney's Early Morning Magic also gets you an all-you-care-to-eat breakfast at Pinocchio Village Haus, but we'll get to that later, as it's really a secondary consideration.

During my most recent trip to Disney World, I traveled with my husband (who hates lines and crowds), our eight-year-old and our almost three-year-old. Because I knew my husband and youngest would quickly grow weary of the lines and crowds, I needed more than just FastPasses. We have booked a Disney VIP Classics tour in the past, but we didn't need to repeat that exact (and somewhat pricey) tour again this year.

This time, for a total of just $197 plus tax above the cost of the park tickets, I created a custom Disney VIP-like experience. Our day started bright and early — albeit painfully early — with a monorail ride from Disney's Contemporary Resort to the gates of the Magic Kingdom. We arrived right at 7:45am, and guests were allowed to enter the moment the clock struck that magic hour.

Main Street USA was a bit busier than you might expect, given that we entered within minutes of the gates opening, but as we moved from the end of Main Street USA to the area where they check the Early Morning Magic lists and hand out wristbands to those with access, the crowds became much more sparse.

Our plan was to head first to Seven Dwarf's Mine Train — an idea that seemed to be shared by the vast majority of families with Early Morning Magic access. The line (while still very short) was longer than I expected. We waited about 10 minutes for our first ride on the Mine Train, which was by far our longest wait of the morning.

After one spin on that ride as a family of four, we mixed in rides on Winnie the Pooh, Peter Pan's Flight and It's a Small World for our youngest — all of which we were able to walk right onto every time.

Our eight-year-old rode the Mine Train three or four times that morning and, except for the first ride with the 10-minute wait, waited less than five minutes each time. When the park is officially open, guests can wait 120 minutes or more for the Mine Train.

Peter Pan's Flight, on the other hand, has a wait of well over an hour when the park is open and The Many Adventures of Winnie the Pooh can easily have a wait of 45 minutes, so walking onto those rides is nothing to shake a stick at.

The best strategy for Early Morning Magic is to ride the included attractions as much as you want for about an hour, and then position yourself strategically within the park to be first in line for another ride when the park officially opens at 9:00am.

At around 8:50am, we lined up in Fantasyland to access the Haunted Mansion as soon as the park opened. We were able to walk right onto that ride, too, and then ride the Mad Tea Party, Dumbo the Flying Elephant and Buzz Lightyear's Space Ranger Spin all by 9:40am with minimal to no waits.

The included breakfast at Pinocchio Village Haus ends at 10:00am, so we spent the last fifteen minutes of Disney's Early Morning Magic filling our plates.

Thanks to the Early Morning Magic package, my family had accomplished something truly magical. By approximately 10:00am, we had enjoyed brunch, the Mine Train (multiple times), Peter Pan (multiple times), Winnie the Pooh (multiple times), It's a Small World, Tea Cups, Dumbo, Buzz Lightyear's Space Ranger Spin and the Haunted Mansion all without touching our three FastPass+ reservations for the day.

Using FastPass+ reservations we booked in advance for that morning, we then enjoyed Enchanted Tales With Belle, Big Thunder Mountain and participated in a princess meet-and-greet without any waits before retreating to our hotel for noontime naps. (Our little princesses needed to be well-rested for a 4:20pm dinner at Cinderella's Castle later that evening, so the mid-day snooze was extra important.)

The Disney World strategy for the day also included purchasing FastPasses in the Disney app that evening to Journey of the Little Mermaid, Space Mountain, Pirates of the Caribbean and a final Mickey photo opp on the way out of the parks.

By spending $69 per adult and $59 for our eight-year-old on Disney's Early Morning Magic package, we enjoyed 15 different Magic Kingdom attractions (some multiple times) and didn't wait in any lines longer than 10 minutes all day. We even had time to nap at the hotel in the afternoon and swim in the hotel pool that evening.

Disney Early Morning Magic takes place in the Magic Kingdom from 7:45am to 10:00am on select Sundays and Tuesdays. Admission is limited, so be sure to book your reservations well in advance. You can book this package online, but remember that you also need regular admission tickets to Magic Kingdom for that day.

If you purchase an Early Morning Magic package, I highly recommend you arrive at the park no later than 7:45am, take advantage of the short or empty queues, and head to breakfast around 9:40am. Scheduling your regular FastPasses for attractions beginning just after 10:00am is the perfect way to segue from your Early Morning Magic to all-day Disney Magic.

Over the past decade, we've spent more dollars at Disney World than I care to admit. But I have no doubt that this was the best $69 (per grown-up) we have spent at Disney yet!

Update: This program early morning access program has changed slightly since we used it in summer 2018. It now costs a little more and includes some additional attractions. You can read all about the most recent version of this offering here.