Articles
Summer Hull , aka Mommy Points, ran the Mommy Points site for families who want to travel more for less using miles and points for seven years. She now heads up a variety of special projects at TPG when she isn't exploring the world with her own two girls.
Follow
Aug. 27, 2018
•
5 min read 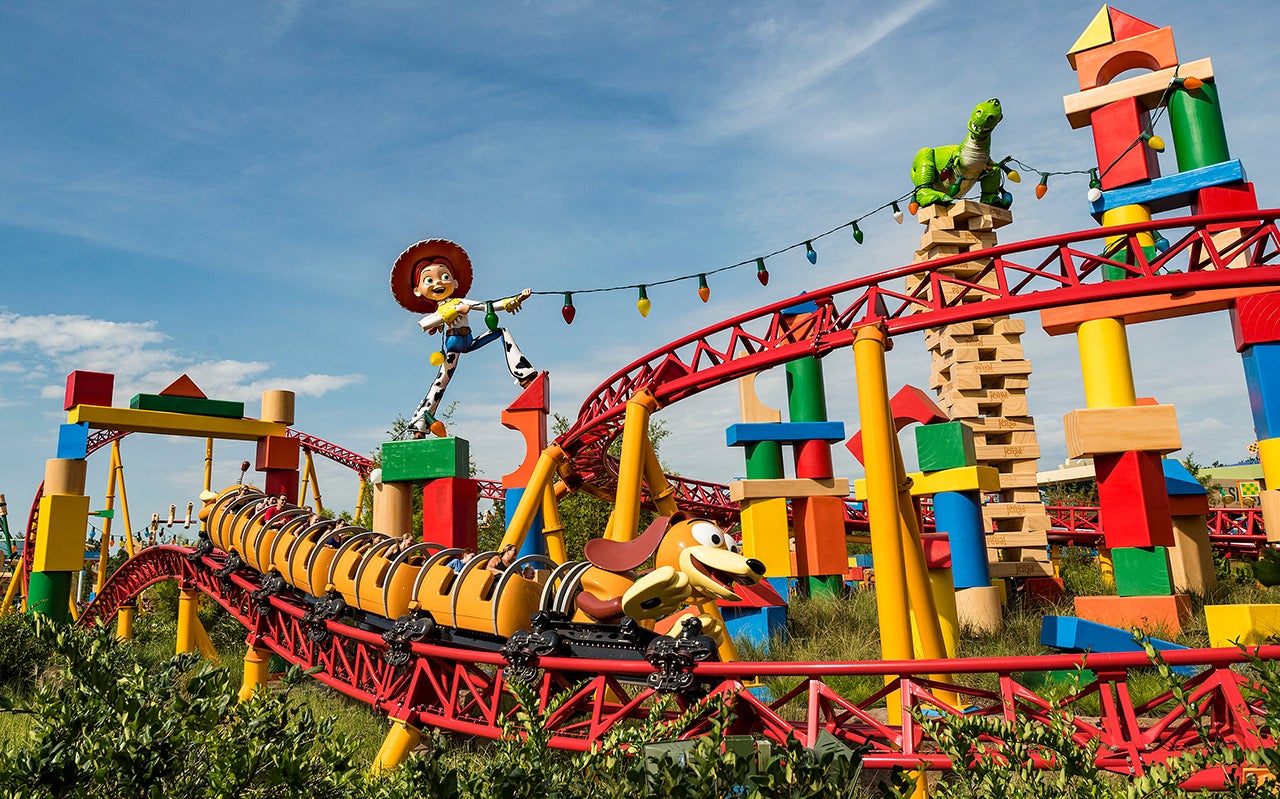 You Can Experience Disney’s Toy Story Land Without Crowds for an Extra $79
This post contains references to products from one or more of our advertisers. We may receive compensation when you click on links to those products. Terms apply to the offers listed on this page. For an explanation of our Advertising Policy, visit this page.

Undoubtedly, the best $69 my family spent at Disney World this summer was to participate in the Early Morning Magic program within Fantasyland at the Magic Kingdom.

Beginning precisely at 7:45am, for $69 ($59 for kids ages 3 to 9) you can get over an hour of unlimited access to a trio of rides, in addition to a buffet breakfast at Pinocchio Village Haus that can be enjoyed at any point before 10am. Aside from the pain of the early wake-up call, it was by far the least stressful way I've ever experienced the Magic Kingdom.

Now, Disney has introduced a similar Early Morning Magic package at Hollywood Studios for the brand new Toy Story Land! (This is not to be confused with the Extra Magic Hours you get by staying at a Disney Resort.)

The Early Morning Magic package at Disney's new Toy Story Land at Hollywood Studios is $10 more per person than the similar package at Magic Kingdom: $79 per adult (ages 10 and older) and $69 per child (ages 3 to 9). This $79 (or $69) is in addition to a Hollywood Studios park ticket.

The best strategy for Early Morning Magic is to finish enjoying the three included rides, and position yourself within the park close to another in-demand ride, so you can be first in line when the rope drops and the regular day begins. Since you are off most Disney rides within 5 to 10 minutes when there aren't crowds, you should be able to try at least one more ride within Hollywood Studios by 9:10am, before any measurable queues form (as most guests are likely still making their way to Toy Story Land). Scheduling your FastPasses for attractions beginning just after 10:00am is the perfect way to segue from Early Morning Magic to all-day Disney Magic.

Even after two or three attractions, this should still leave plenty of time for you to enjoy the included breakfast before the clock strikes 10:00am.

The new Toy Story Land Early Morning Magic takes place in Disney's Hollywood Studios on select Mondays and Wednesdays from Sept. 17 -to Dec. 19, 2018. Admission is limited, so be sure to book your reservations well in advance. You can book this package online, but remember you also need theme park tickets for that day.

When deciding which credit card to use, know that this package did not code as a travel purchase when I purchased directly from Disney. I paid using my Chase Sapphire Reserve and earned just 1 point per dollar.

Instead, pay with a card that earns more than 1 point per dollar such as the Chase Freedom Unlimited, which earns 1.5% cash back on purchases. Alternatively, the Citi Premier® Card awards 2x points per dollar on entertainment, which includes amusement parks and tourist attractions.

Is Toy Story Land Early Morning Magic worth the extra $79?

I've been keeping a close eye on wait times within Hollywood Studios and other Disney parks — and based on that, I'm inclined to say this package isn't as good of a deal as the Magic Kingdom Early Morning Magic package.

If you get to Hollywood Studios an hour before regular opening and queue up to be one of the first to enter Toy Story Land, you can likely enjoy all three Toy Story rides within the first hour after opening. (Make that happen by first riding the more popular Slinky Dog Dash rollercoaster, before Alien Saucers and Toy Story Mania!)

Secondly, there simply aren't that many rides in Hollywood Studios, so you can likely try them all in a single day without spending extra. The same can't be said of the Magic Kingdom, with its more than two dozen attractions. The sheer volume of rides at Magic Kingdom makes Early Morning Magic hours more valuable.

There are, of course, exceptions. If you simply want to ride the Toy Story Land attractions over and over again; if you hope to complete everything in Hollywood Studios early in the morning before you Park Hop to another park; or you just want to enjoy Toy Story Land without a massive crowd, then the $79 Toy Story Land Early Morning Magic package may be your ticket to a dream Toy Story experience.

Our points-obsessed staff uses a plethora of credit cards on a daily basis. If anyone on our team wouldn’t recommend it to a friend or a family member, we wouldn’t recommend it on The Points Guy either. Our opinions are our own, and have not been reviewed, approved, or endorsed by our advertising partners.
See all best card offers
Related stories
Guide
It’s National Plan for Vacation Day — here’s how to make your dream trip a reality
Deals
Anti-Valentine's Day cruise deals: 4 bargains that will make you fall in love with sailing solo
News
Choice Privileges and Radisson Rewards Americas points transfers are live; loyalty program integration coming soon
News
Delta adds Hertz status for all Medallion elites, revamps earning structure for rentals