17 destinations that may not welcome ships when cruising resumes

Articles
Gene Sloan has written about cruising for more than 25 years and for many years oversaw USA Today’s award-winning cruise site. He’s sailed on more than 150 ships.
Follow
May 29, 2020
•
9 min read 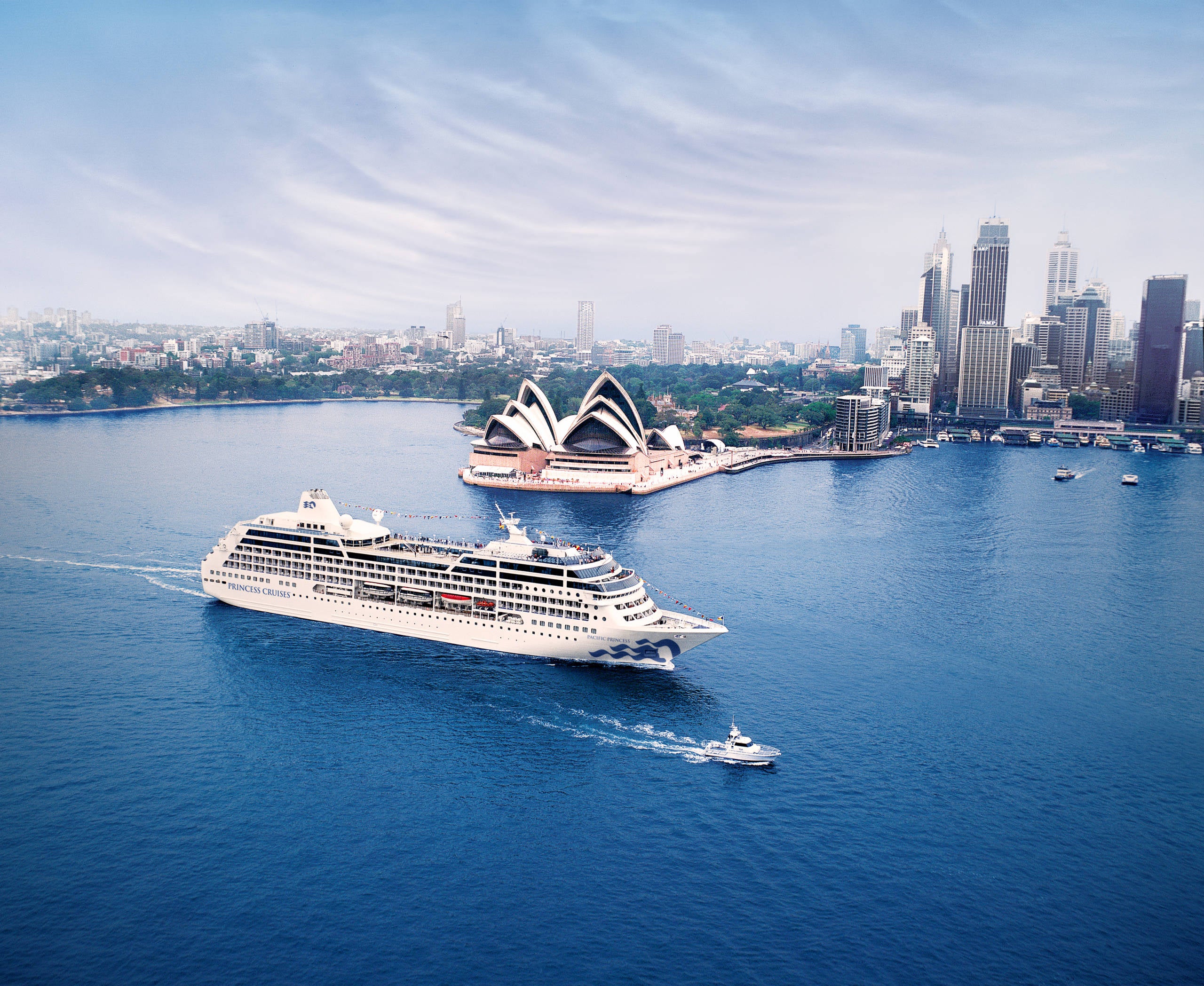 17 destinations that may not welcome ships when cruising resumes
This post contains references to products from one or more of our advertisers. We may receive compensation when you click on links to those products. Terms apply to the offers listed on this page. For an explanation of our Advertising Policy, visit this page.

Cruise fans eager to get back to cruising have received some encouraging news in recent weeks. Several major lines, including cruise giant Carnival, have said they hoped to have at least a few vessels back in operation by August. Royal Caribbean hinted it might even have some ships operating again in July.

And one small cruise operator that focuses on river and coastal trips in U.S. waters, American Cruise Lines, is looking at a restart as early as June. (With vessels that carry fewer than 250 passengers and crew, the line isn't subject to the 100-day "no-sail" order issued by the U.S. Centers for Disease Control and Prevention in April.)

But, even if some lines are able to resume operations in the next few months, they'll have to contend with one significant issue: The growing number of ports balking at a quick return of cruise ships.

Another cruise destination -- albeit a relatively minor one, the Seychelles -- already has said cruise ships won't be allowed back until 2022.

All the destinations have cited worries about a flare-up of coronavirus cases if cruise vessels return. Here, a look at the places most concerned about a return of cruising.

On May 22, the Australia Border Force extended its ban on cruise ship arrivals to Sept. 17. Initially implemented in March, the ban had been scheduled to end on June 17.

The ban applies to all ports across the country traditionally visited by cruise ships, including the ports of Sydney, Melbourne, Brisbane, Fremantle (the port for Perth), Adelaide and Newcastle. It applies to all cruise vessels except those carrying fewer than 100 passengers.

The issue of cruise ships returning to Australia has been a particularly sensitive topic in the country, as an outbreak on a single cruise vessel, Princess Cruises' Ruby Princess, has been linked to more than a fifth of its 101 deaths from COVID-19.

Even if cruise ships are allowed to resume operating in Australia later this year, they may be off-limits for an extended time to Americans. Officials in Australia and New Zealand have been discussing the implementation of a "travel bubble" between the two countries that only would allow local residents to travel within and between them.

Related: When will international travel return? A country-by-country guide

The number of cruise ships operating in Australia has grown enormously over the past decade, with vessels operating voyages that cater both to the local market and long-distance travelers from the Americas and elsewhere. Among the lines that operate regularly in Australia are Princess, Celebrity Cruises, Royal Caribbean, Norwegian Cruise Line, Holland America, Silversea, Oceania Cruises and Regent Seven Seas Cruises.

Australia is the only region outside North America where the Carnival brand has a major operation. Its sailings in Australia cater mostly to Australians.

Related: The best ways to use points and miles to fly from the US to Australia

The tourism minister of the Cayman Islands said recently the destination would remain closed to cruise ships through at least September, and perhaps far longer.

“I don’t think that we’re going to see cruise vessels back in Grand Cayman [in the] second [quarter], third quarter or fourth quarter, to be quite honest,” tourism minister Moses Kirkconnell told the Cayman Compass earlier this month.

The Cayman Islands was one of the first cruise destinations to begin closing to cruise ships in February when the coronavirus outbreak was just beginning to spread around the globe, a move that drew the ire of cruise lines at the time. But its cautiousness paid off. The British Overseas Territory only has had 121 confirmed cases of the illness and one death.

Cruise ships visiting the Cayman Islands arrive at the port of George Town, with passengers tendering to shore in small boats. The destination is popular with Western Caribbean itineraries and draws vessels from such lines as Carnival, Royal Caribbean, MSC Cruises, Princess, Norwegian, Celebrity and Disney Cruise Line.

The sun-kissed beach destination in the Indian Ocean has banned cruise ships from visiting until 2022, citing fears of another wave of coronavirus cases.

The Seychelles has taken a cautious approach during the coronavirus outbreak and been rewarded for it, with just 11 confirmed cases and no deaths. The country moved fast to ban cruise ship arrivals and shut its international airport after the first cases were discovered in mid-March. The airport remains closed with a reopening date set for June 1. The cruise ship ban blocks ships from stopping at Port Victoria, the gateway for arriving vessels.

Cruise ships on long-distance voyages between Europe and Asia sometimes stop at this increasingly popular port. It's also a common stop on sailings focused on Indian Ocean destinations. This year alone, nearly a dozen cruise lines including Oceania Cruises, Norwegian, MSC Cruises, Holland America, Seabourn and Costa Cruises were scheduled to send vessels to the destination. The typical Seychelles stopover for a cruise ship lasts two or three days.

Related: How to use hotel points to visit the Seychelles

With its Friday announcement, Canada now has the longest cruise ship ban of any major cruise destination.

Announced by Canadian minister of transport, Marc Garneau, the ban will remain in effect through Oct. 31. But, given that cruise ships generally don't operate in Canadian waters during winter months, the ban effectively means there will be no more cruising to Canadian ports until April 2021 -- at least by all but the tiniest of vessels.

The ban applies to all cruise ships designed to carry more than 100 passengers and crew.

"Our government is committed to protecting Canadians, particularly during these challenging times," Garneau said in a statement.

Canada was one of the first major destinations to ban cruise ship arrivals earlier this year, on March 13. But its initial ban only lasted through July 1.

The extended ban also effectively means an end to the Alaska cruise season for this year, as two Canadian ports in British Columbia -- Vancouver and Victoria -- are integral to cruises to Alaska. The ban also will affect East Coast ports such as Halifax, Nova Scotia; St. John, New Brunswick; St. John's, Newfoundland and Labrador; and Quebec City, Quebec.

Related: Canada to keep its border closed until at least late June

Officials in Maine seems iffy about any tourists coming back to the state in the coming months, not just cruisers. Gov. Janet Mills has issued an order requiring visitors arriving this summer to self-quarantine for 14 days -- a move that will greatly restrict tourism. As of now, the order will be relaxed in stages on a month-by-month basis.

On top of that order, one of the key cruise destinations in Maine, the port of Bar Harbor, has banned all cruise ship arrivals through at least July 1. A gateway to Acadia National Park, Bar Harbor in the summer and fall draws regular visits from ships operated by such lines as Royal Caribbean, Celebrity, Norwegian, Holland America, Princess, Seabourn and Crystal Cruises.

Argentina has implemented one of the world’s strictest travel bans since the coronavirus outbreak began, restricting all international commercial flights until at least Sept. 1. While the cruise season in South America doesn't really get going until November, that's a troubling sign for cruisers planning voyages to the region. If the country can't bring its coronavirus outbreak under control, a travel ban stretching into the cruise season is not unthinkable.

Argentina is having a tough time with the coronavirus, with new case counts trending sharply higher in recent weeks. As of Friday, there had been nearly 10,000 confirmed cases in the country and 416 deaths.

The big hub for cruises in Argentina is the port of Buenos Aires, which is a gateway for South America cruises. In a typical year, it will draw ships operated by a broad range of lines including Princess, MSC Cruises, Holland America, Silversea and Regent. Argentina's southern port of Ushuaia also is an important cruise hub. It draws small, expedition-style ships in the winter that sail to Antarctica.