Cruises in many regions unlikely to resume for months 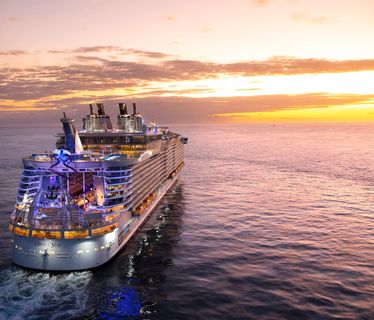 Some of the world's biggest cruise lines say they hope to resume operations in just a few weeks. But don't count on it.

With the severity of the coronavirus outbreak growing by the day, and an increasing number of countries announcing lengthy bans on the arrival of cruise ships, the odds of cruise lines returning to anything resembling a normal schedule by April -- or even May or June -- are becoming increasingly small.

A recent flurry of cruise ship bans tells you all you need to know. In just the last few days:

The bans are at odds with cruise line pronouncements that they could begin sailing again as early as April 10. That's just 23 days from now.

Visit TPG's guide to all coronavirus news and updates

Such a quick rebound for cruise operations presumes the coronavirus outbreak is quickly contained around the globe, something that looks increasingly unlikely.

Already, Wall Street analysts are starting to pencil in a halt to cruise operations that lasts at least two months and, in some markets, as many as six months.

"The shutdowns are scheduled for one month, although two (at least) appears more likely," Instinet's Harry Curtis wrote Sunday in a research report for investors. "Returning to a full cruise schedule is dependent, as well, on the reopening of ports that are likely to remain closed through mid-summer in Italy, Spain and Canada."

Curtis suggested cruises in some regions might not resume until the end of summer.

"While lines may resume limited operations beforehand, many of the higher margin sailings are probably 5 to 6 months off," he wrote.

Most of the biggest cruise lines that have suspended operations, including Carnival, Royal Caribbean, Norwegian Cruise Line, Holland America and Celebrity Cruises, have said they hope to resume sailings on April 10 or 11.

At the time the lines announced their suspension of operations, on March 13, those dates were about 30 days out. But they're now just over three weeks away.

In some regions, it's already almost certain cruising will not resume by those dates.

Perhaps the region where the future of cruising is most in doubt is Alaska, and that's due to the lengthy cruise ship ban implemented by Canada. Many cruise lines rely on Canadian ports to make Alaska itineraries viable.

By law, foreign-flagged cruise ships cannot cruise in American waters without stopping at least once per voyage at a foreign port. What this means for Alaska cruising, on a practical level, is that the ships operated by Princess, Holland America, Royal Caribbean and most other big players in the region cannot cruise there unless their itineraries include at least one stop in Canada. Most big cruise lines flag their ships in foreign countries.

Only a waiver of the law, or a scheme involving “technical” stops in Canada for the affected ships that don't involve passenger landings, would allow for continued Alaska cruises by the big lines.

Tourism officials in Alaska already have begun asking the state's governor, Mike Dunleavy, to lobby the Trump administration to temporarily set aside the law, which is known as the Passenger Vessel Services Act and dates back to 1886. Tourism is a critical driver of the Alaska economy, accounting for one of every 10 jobs in the state.

If the tourism industry's efforts fail, the bulk of the Alaska tourism season could be postponed until July at the earliest.

The Alaska cruise season was supposed to start in just two weeks. It's a short, five-month-long season that accounts for a significant share of the annual revenue in such port towns as Juneau, Ketchikan and Skagway. Before the coronavirus outbreak began, Alaska had been expecting 1.44 million cruisers to visit the state in the coming five months on 606 voyages operated by 43 different ships. Their expected spending in Alaska was around $800 million.

Note that U.S.-flagged vessels, such as those operated by small-ship cruise operators UnCruise Adventures, Alaskan Dream Cruises, Lindblad Expeditions and American Cruise Lines, still will be able to operate in Alaska during the coming season. That's assuming the U.S. government and Alaska state government allow it.

A spokesperson for the Cruise Lines International Association (CLIA), the main trade group for the cruise industry, on Tuesday told The Points Guy it did not have a statement on the Alaska situation.

The peak period for Europe also is just about to begin. It typically starts around April and May and lasts through the fall. But at least the first half of the season is looking increasingly iffy as coronavirus explodes across the continent and European countries go into lockdown mode.

On Tuesday, the European Union banned nonessential travel from the rest of the world into its borders for 30 days, a measure that will restrict cruise travelers from entering 26 countries.

Some European nations already have banned cruise ship arrivals for more than 30 days. Both Estonia and Russia, for instance, have instituted bans through May 1. Both countries are common stops on cruises around the Baltic region of Europe.

But it's the current explosive outbreak of coronavirus in Italy that's likely keeping cruise executives up at night. Italian ports in Venice, Civitavecchia (the port for Rome), Naples and Livorno (the port for Florence and Pisa) are critical to a wide range of Mediterranean cruise itineraries. For now, the ports are closed to cruise ships until further notice.

On Tuesday, Italy reported 345 new coronavirus deaths, bring its total to 2,503 -- a third of all deaths from coronavirus worldwide. The total was up 16% in just one day.

Italy has recorded well over 31,000 cases of the illness.

The outlook for the Caribbean

In addition to the Cayman Islands, Caribbean destinations that have closed to cruise ships for more than 30 days include Mexico. It has banned cruise ship arrivals through at least April 20.

Mexico is home to the Caribbean's most-visited cruise port, Cozumel, as well as several other frequently visited cruise destinations. The Pacific coast of Mexico also is an important destination for cruise ships. Vessels from Los Angeles and San Diego regularly visit the western side of Mexico on "Mexican Riviera" itineraries.

A full resumption of cruises out of U.S. ports on April 10, as some lines are planning, would be a struggle with ports in Mexico still closed.

A spokesperson for CLIA on Tuesday told The Points Guy the industry hadn't made any changes to the initial plan it announced on March 13 for a 30-day pause to cruises.

That said, at the time the plan was announced, CLIA's president and CEO, Kelly Craighead, hinted that the suspension of cruise operations could last more than 30 days. She used the phrase "as soon as possible," not 30 days, as the time frame for when the industry could return to normal.

"CLIA cruise line members are voluntarily and temporarily suspending operations from the U.S. as we work to address this public health crisis," Craighead said in a statement accompanying the announcement. "This has been a challenging time, but we hope that this decision will enable us to focus on the future and a return to normal as soon as possible.”

Related: Should I travel? Advice for the coronavirus outbreak

The situation with the growing outbreak of coronavirus, and the restrictions on travel and daily life that governments are imposing to minimize its impact, is currently very fluid. Things are changing fast, and it's hard to know what the coming months will bring. But if you're scheduled for a cruise in the near future, or thinking of booking one, you should be prepared for a longer suspension to cruise ship operations than cruise lines currently are projecting -- at least in some regions.

Would-be cruisers also should be prepared for last-minute changes, cancellations and other disruptions to cruise schedules over the coming months.