Articles
Ethan Steinberg has been a frequent flier for as long as he can remember. He went from studying abroad in Paris to moving to Shanghai after graduating college, where he covered all things travel in the Asia-Pacific region for TPG.
May 05, 2020
•
10 min read 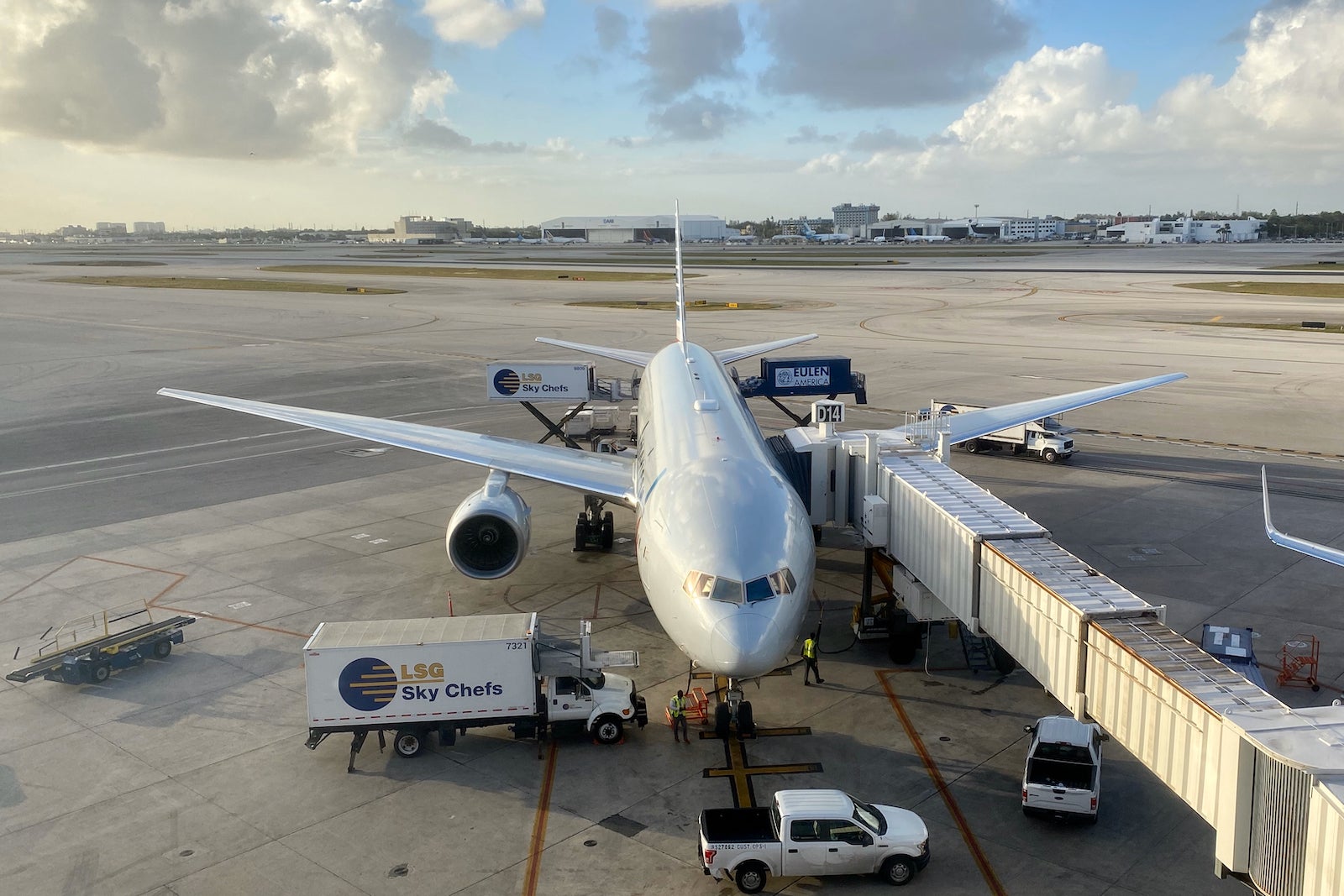 Citi is a TPG advertising partner.

Editor’s note: At TPG, our top priority is providing our readers with the information needed to make educated decisions about travel and rewards-earnings strategy. This is not the best time to travel, domestically or internationally, but we are sharing this elevated bonus because it is a great offer that could provide value to cardholders for future travel once coronavirus concerns have subsided.

If you've been waiting for a great opportunity to earn a lot of American Airlines miles, you're in luck. The CitiBusiness® / AAdvantage® Platinum Select® Mastercard® is now offering 70,000 bonus miles after spending $4,000 on purchases in the first four months of account opening. That sign-up bonus is worth $980, according to TPG's latest valuations. This card only charges a $99 annual fee (waived for the first 12 months) and comes with no foreign transaction fees and is one of our best business credit cards. The information for the Citi AAdvantage Platinum card has been collected independently by The Points Guy. The card details on this page have not been reviewed or provided by the card issuer.

If you plan on applying (or better yet, were already approved), here are some of the best ways to redeem your 70,000-mile welcome bonus to jumpstart your next getaway.

While Delta and United have fully embraced dynamic award pricing, American Airlines has taken a more piecemeal approach, expanding its use of more expensive AAnytime awards on the upper end and offering discounted Web Special awards on the lower end.

This means that it's becoming much harder to find AA award space at prices that match the award chart, but if you're able to score a discounted Web Special award, you may very well find prices that are lower than the published award chart. Throughout this post we'll refer to AA's conventional award chart when discussing award prices, with the understanding that prices can vary considerably from day to day.

A round-trip saver economy ticket to Europe only costs 60,000 American Airlines miles. Depending on where you're headed, you can fly either on American Airlines or a Oneworld partner, but you'll be best off avoiding British Airways and the massive carrier surcharges it imposes on award tickets (including those issued through partners). If you happen to be traveling Nov. 1 through Dec. 14 or Jan. 10 through March 14, these flights actually drop even lower thanks to American's off-peak pricing. A one-way economy award ticket from anywhere in the U.S. to anywhere in Europe will set you back just 22,500 miles, bringing your round-trip total to just 45,000 miles.

If you're looking to travel in a bit more comfort, your 70,000-mile sign-up bonus could also get you a one-way business class ticket (60,000 miles) to the "Asia 1" region, which American defines as Japan and Korea. American operates almost all of these routes using their shiny new 787s, which offer a comfortable ride in business class. But if you're heading to Tokyo, you definitely want to look for a seat on Japan Airlines (JAL) instead. For the same price as a flight on AA metal (except for any small differences in taxes), you can fly in JAL's spacious Sky Suite on any of their 777-300ER and select 787 aircraft. The window seats in this configuration are incredibly private, almost as good as Qatar's fully-enclosed Qsuite.

AA, along with a number of other U.S.-based airlines, are in the process of realigning their service to Tokyo after the U.S. Department of Transportation awarded U.S. airlines about a dozen new slots to fly to Tokyo's close-in Haneda airport. As such, expect to see American Airlines flying more of its flagship Boeing 777-300ER to Tokyo, the only plane in its fleet to feature a true international first-class cabin. While award space is very hard to come by, you can book a first-class award on either American or JAL for only 80,000 miles each way.

Two round-trip tickets within the U.S.

If you're looking to stay a little closer to home, you can also use your sign-up bonus to book two round-trip tickets anywhere in the contiguous U.S., excluding Alaska and Hawaii. You can even stack this with AA's reduced mileage awards to get an even better deal if your award ticket departs from or arrives into an eligible city during your month of travel.

Using these discounted awards — which are only available to customers with certain cobranded American Airlines credit cards — you'll pay only 6,500 AAdvantage miles for one-way flights under 500 miles in distance. Longer one-way awards are also a terrific deal, as you'll save 3,750 miles each way, meaning you can potentially get four or more round-trip tickets out of this bonus and still have miles left over. Just be forewarned that trying to find saver-level award space, especially for multiple people, is likely to give you a headache.

Airlines compete heavily for a share of the lucrative transcontinental market, but American Airlines has one of the most impressive products on this route (outside of JetBlue's Mint class). The carrier flies a specially-configured, three-cabin A321T between New York-JFK and both Los Angeles (LAX) and San Francisco (SFO) as well as from Boston (BOS) to Los Angeles. First class consists of 10 reverse herringbone seats in a 1x1 configuration, similar to what you'd find in international business class, while the business-class cabin has 20 flat-bed seats in a 2x2 layout. If you're lucky enough to find saver level space, a one-way business-class ticket will cost you 32,500 miles, while a first-class seat runs 50,000 miles each way. While that's a lot to pay for a domestic flight, it sure beats shelling out $1,500+ in cash.

As an added bonus, business-class passengers will get access to American's Flagship Lounges on the ground in New York and Los Angeles, and first-class passengers will even get an invite to American's exclusive Flagship First Dining space. This sit-down restaurant hidden inside the Flagship Lounge is only accessible to passengers traveling in true first class, which would mean international passengers on one of American's 777-300ER aircraft or transcontinental first class. Elite status won't get you in, even if you hold AA's exclusive and mysterious Concierge Key status (though the carrier has sent dining passes to those members in the past).

Despite Delta's recent coup in stealing LATAM from the Oneworld alliance with a large equity investment, American Airlines has by far the strongest route network to Latin America of any of the major U.S. airlines. Over the past few years the carrier has commenced service from Miami (MIA) to Pereira, Colombia (PEI) and Córdoba, Argentina (COR) along with a long-haul flight from LAX to Buenos Aires (EZE). The Caribbean, Central America and Northern South America even have off-peak award rates during select times of the year.

There are several ways you could use your miles here:

One-way from Abu Dhabi to Seoul in Etihad Apartment

One of my favorite ways to use American miles is on Etihad's fantastic first-class Apartment. If you're based in the U.S., you're probably familiar with the JFK-AUH route, which costs 115,000 American AAdvantage miles one-way. But there's another way to get the full experience without flying on a shorter route, like Paris (CDG) to Abu Dhabi.

If you can find award space, you can fly between Abu Dhabi (AUH) and Seoul (ICN) for just 50,000 American miles each way. Yes, each way — not a bad way to use that sign-up bonus. I strongly recommend flying westbound from Seoul to Abu Dhabi, which will give you almost two full hours more than the east bound leg. And trust me, when you have one of the world's best flight attendants looking after you, you want the flight to last as long as possible.

Related: My apartment in the sky: A review of Etihad’s First Class Apartment on the A380, Abu Dhabi to New York

American AAdvantage miles can sometimes be difficult to redeem, but if you have some flexibility in terms of when you travel and where you go, the 70,000 miles you can currently earn on the CitiBusiness® / AAdvantage® Platinum Select® Mastercard® can take you pretty far. TPG values this bonus at $980, but you could easily get double that with the right premium-cabin redemption.