Here's how one flight attendant can make or break a flight

Articles
Ethan Steinberg has been a frequent flier for as long as he can remember. He went from studying abroad in Paris to moving to Shanghai after graduating college, where he covered all things travel in the Asia-Pacific region for TPG.
Jan. 31, 2020
•
9 min read 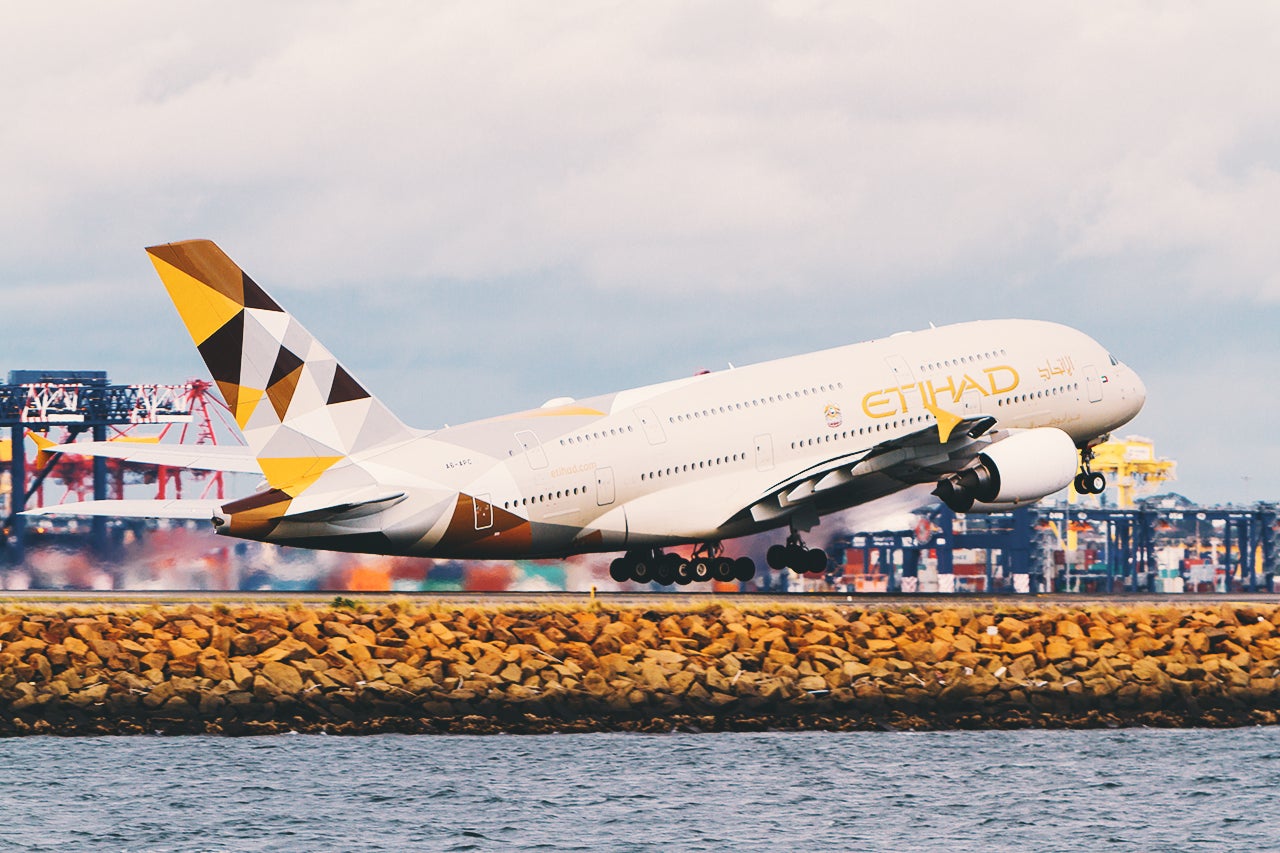 We've seen airlines comes out with some pretty impressive seats in recent years, including ANA's redesigned 777 first and business class and United's proprietary Polaris seats, just to name a few. While the seat is undeniably a huge part of the premium cabin experience, at the end of the day any airline with money can buy top notch seats "off the rack" and install them on their planes. What really separates the good airlines from the great is the soft product, namely food, drink, and perhaps most importantly, service.

I recently got the chance to fly Etihad's A380 first-class Apartment from Seoul (ICN) to Abu Dhabi (AUH). I had high expectations for this flight, as Etihad is widely condsidered to be one of the best airlines in the world, but I can definitively say this was the best flight I've ever taken. While the spacious apartment and onboard shower were nice, the reason Etihad gets such high marks for me is one single man: Ranjit, the flight attendant taking care of us.

Why Etihad surprised me so much

I've enjoyed a number of incredible first-class flights over the years, flying on top-rated airlines like Singapore, Emirates, Cathay Pacific and more. While I had high hopes for Etihad, I didn't expect to be able to say so definitively that this was the best flight I've ever taken.

The truth is, on paper at least, Etihad Apartments don't win in any single category. Singapore's new Suites are more spacious, and they can connect to form a full double bed, unlike Etihad Apartments which are partially separated by a divider.

Etihad also offers an onboard shower, which is great when you have an overnight flight and a long connection after, but most people would agree that Emirates does it better. Not only do Emirates passengers get much more space to spread out on the carrier's A380, but the bathrooms feature heated floors. I loved my shower on Etihad, but I found the bathroom to be a bit cramped by comparison, and couldn't find anywhere to store my clothes while I was showering.

Food and drink is another important category, and despite the odd flight timing (a 12:30 a.m. departure and a 5:10 a.m. arrival), I still enjoyed the two meals I had on Etihad. Still, in terms of diversity of menu options, I think Singapore and Emirates both have a slight leg up (especially if you factor in Singapore's extensive Book the Cook option).

Related: The best luxury seats in the sky and how to fly them

The best flight attendant I've ever had

When you have a great crew taking care of you in a premium cabin, you can usually tell pretty quickly that you're in a for a treat. That's exactly what happened when Ranjit first introduced himself in Seoul. While he was showing us around our apartments, the captain came by and started chatting with us as well. Before I knew what was happening he'd invited us back to the flight deck for a tour.

Ranjit had just gone to get us a glass of predeparture champagne, but rather than pouring it right away he waited until we got back so it wouldn't get flat.

When it came time to order, Ranjit was an absolute professional helping us walk through the menu and mix and match a nice pairing off of Etihad's signature "Lounge and Grill" menu which you'll find on all long-haul flights. After explaining that we were looking for a lighter and cleaner dinner before bed, he proactively offered my girlfriend an off-menu side salad while I enjoyed my caviar appetizer.

For breakfast he did a great job helping us customize our meals as well, whipping up another off-menu dish for me: steak and eggs. When my girlfriend tried to order a vanilla late with breakfast, you could see the wheels turning in his head as he ran through the last of provisioned catering items to see if there was any vanilla flavoring. While there wasn't any on board, he managed to find some syrup that sweetened her coffee just the way she likes it.

Related: The most memorable meals we've eaten on planes this year

All of this alone would have made him one of the better crew members I've ever met, but it was the way he served us throughout the flight that puts him squarely at the top in my book. I appreciate personable service over stuffy formality, and Ranjit was a pleasure to talk to, telling us all kinds of stories about his years working for Etihad. He balanced this friendliness with his actual job, excusing himself whenever our next courses were ready and making sure to give us privacy while we were eating and not overstepping. He already knew that we were connecting on from Abu Dhabi to the Seychelles (SEZ), and as luck would have it one of his neighbors in Abu Dhabi was staffing that flight. He told us to say hi for him, and promised that we'd be well taken care of even though we were flying in economy on that leg.

On our flight, The Residence, Etihad's three-room better-than-first cabin was empty, and Ranjit was happy to give us a tour. I peppered him with questions about how frequently it's occupied, how it affects crew staffing and more. He was happy to answer all my deepest burning questions, and even shared some stories of his own experience working The Residence in recent years.

While Ranjit was the crew member we interacted with most, his colleague Sanna was every bit as over-the-top perfect. After my girlfriend showered and was walking back to her seat, Sanna noticed she wasn't wearing her necklace anymore and wanted to double check that she hadn't left it behind in the shower. This was a night time flight where the lights were turned off most of the time, and if that doesn't scream attention to detail I don't know what does.

Related: My apartment in the sky: A review of Etihad’s First Class Apartment on the A380, Abu Dhabi to New York

How to book Etihad Apartments using points and miles

With only 10 A380s in its fleet, you won't find Etihad Apartments flying to many cities. Currently, Etihad flies its A380s to the following destinations:

A popular workaround is to call the Australian AA call center, so just be warned that you might encounter some difficulty when booking. Here are the one-way award rates to fly Etihad Apartments:

I went into this flight with high expectations, but that was mostly because this was my first time flying in long-haul first class with my girlfriend and I was excited to watch her jaw hit the floor when she saw the stunning aisle cabin and onboard shower. Never in a million years did I expect that a single flight attendant would do as much to make our trip as one of the world's leading first-class cabins.

Featured image by Etihad Airways A380 (Photo by G Tipene/Shutterstock.)