Tricks to avoid being skipped on an American Airlines upgrade list 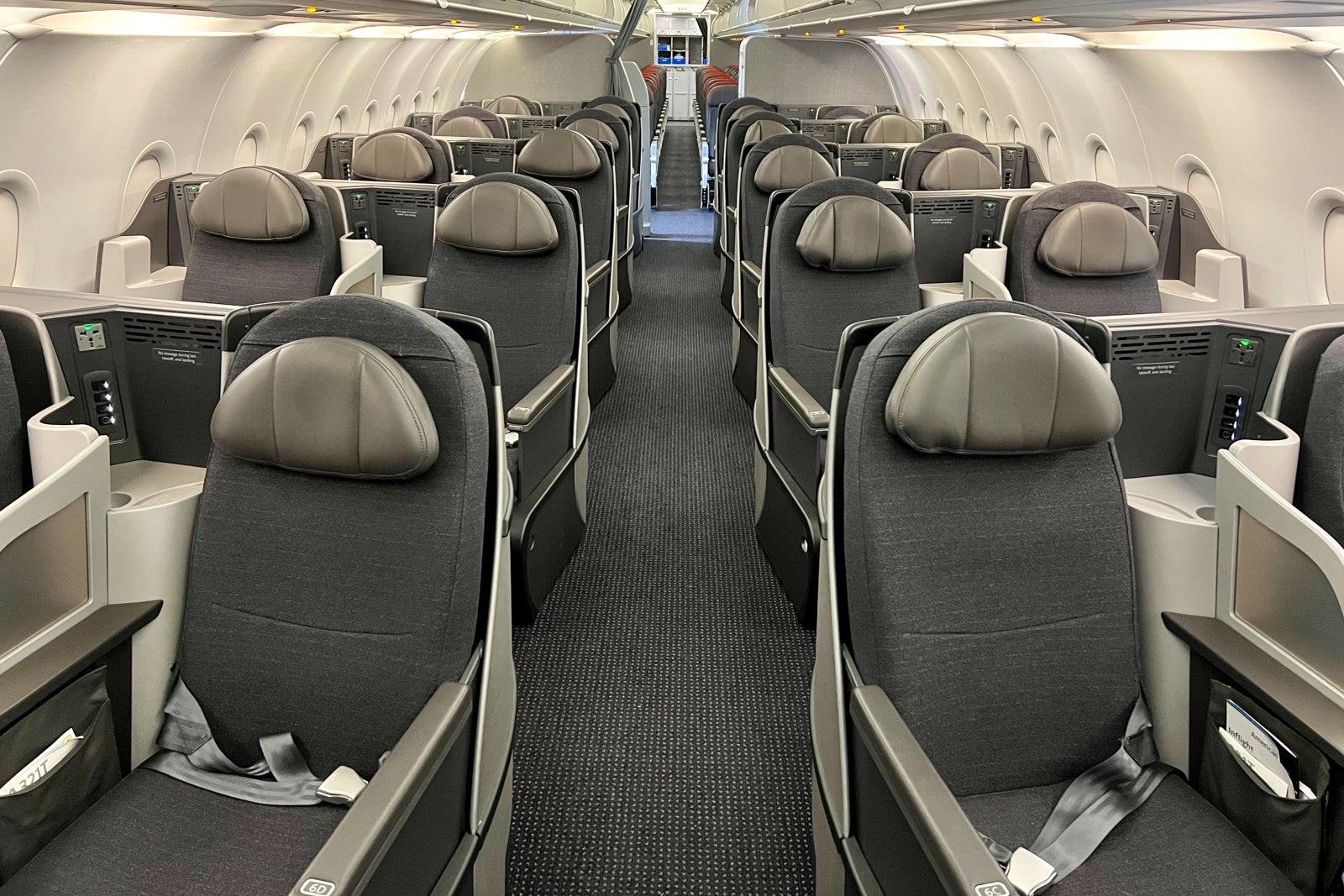 It's a rough feeling to just miss out on an upgrade. But, with some travelers increasingly willing to pay for premium cabin tickets and splurge for paid upgrades, premium cabins are as full as ever. And the competition for a small number of available upgrades can be fierce.

American Airlines has official rules regarding upgrades, which I'll discuss in the first section below. But, some quirks of the American Airlines upgrade system might mean you get skipped on the upgrade list. For example, my wife Katie and I are both American Airlines AAdvantage Executive Platinum elites. Yet, we have evidence that we've been skipped by lower Platinum Pro, Platinum and even a Gold elite on flights.

If your upgrade isn't confirmed before check-in, you'll be placed on the airport upgrade standby list when you check in with American. This list uses the following criteria in order to determine upgrade priority:

But, as my experience has shown, American's upgrade system had some quirks that may cause you to be skipped as the system follows the above criteria. So, here are some tips you can use to avoid being passed over.

Split your record locator when flying with a same-tier elite

For one of the times I have evidence that multiple lower-tier elites skipped me, I got this reasoning from American Airlines: We were traveling together and the system only cleared one upgrade at a time. Since we were in the same record locator, the system skipped over us — multiple times. If we had been on separate records, we both would have been upgraded.

You'll want to be more judicious about splitting record locations when traveling with a lower-tier elite.

After all, lower-tier elite and nonelite travel companions get the benefits of higher elites booked in the same record locator. That means your companion will clear with you at your prioritization level, get your baggage allowance and access seats based on your elite status. Splitting your travel companion out of your record locator might mean that your upgrade clears but that your companion loses access to some valuable perks.

This tip is only for when you book a "direct" but not "nonstop" flight.

I learned this the hard way when flying Charlotte to Phoenix and then continuing from Phoenix to Honolulu on the same flight number. And this particular example is a perfect example of when this is necessary.

The Charlotte to Phoenix flight was full of business travelers with elite status. Even after American upgraded elites into the 28-seat A330 business class cabin, Katie and I found ourselves at #12 and #13 on the upgrade list, and there were even more Executive Platinum members below us on the list. We clearly had no shot at an upgrade on that leg.

However, the Phoenix to Honolulu flight is a leisure route. The A330 business class cabin was large enough to upgrade almost all the elites flying at this non-holiday time. Only five upgrades went uncleared at departure. Almost all of those were low-level elites, but one was an Executive Platinum: Katie.

That's because we didn't know another quirk of American's system: the airline treats the two legs as one flight by default. To select an economy seat, that seat must be available on both flights. And, for upgrades, space has to be available on both legs for the upgrade to clear. Since we had no shot at the Charlotte to Phoenix leg, that meant we had no shot at upgrading from Phoenix to Honolulu until arriving in Phoenix and being added to that upgrade list.

Use same-day flight change to move to an emptier flight

If you've got scheduling flexibility, you can use American Airlines' same-day confirmed change program to switch yourself to a flight with more empty premium cabin seats. This tip is particularly helpful on high-frequency routes where you can shift your travel by only an hour or two.

I successfully used this strategy when a bug in American Airlines' upgrade system upgraded lower-tier elites (even a Gold) ahead of Katie and me. By the time American caught the issue, there was just one empty business-class seat left on two flights from New York to Los Angeles, departing an hour from each other. So, we split the record and used a same-day confirmed change to switch Katie to the earlier flight. We both got upgraded into the last available business-class seat on our flights.

Related: It's time for American Airlines to improve its same-day change policy

Use a systemwide upgrade

Finally, American Airlines elites on the verge of missing an upgrade could apply a systemwide upgrade. After all, doing so would push you to the top of the priority ranking for your status tier.

But, unless you have surplus systemwide upgrades or one expiring soon, you probably would only want to do this on long flights with a significant experience difference between economy and business.

Related: Want to upgrade your American Airlines flight? Here are the international routes to book

American Airlines' upgrade system has its quirks, and the published upgrade priority is complicated enough without being further complicated by them. But, as in so many parts of maximizing your travel experience, knowledge is power. Hopefully, learning about these tricks will help you get that upgrade on an upcoming American Airlines flight.