Amex Gold or Amex Platinum: Which card is better for groceries long-term?

Articles
Chris Dong was a reporter at The Points Guy, where he covered the intersection of credit card rewards and travel.
Nov. 20, 2020
•
8 min read 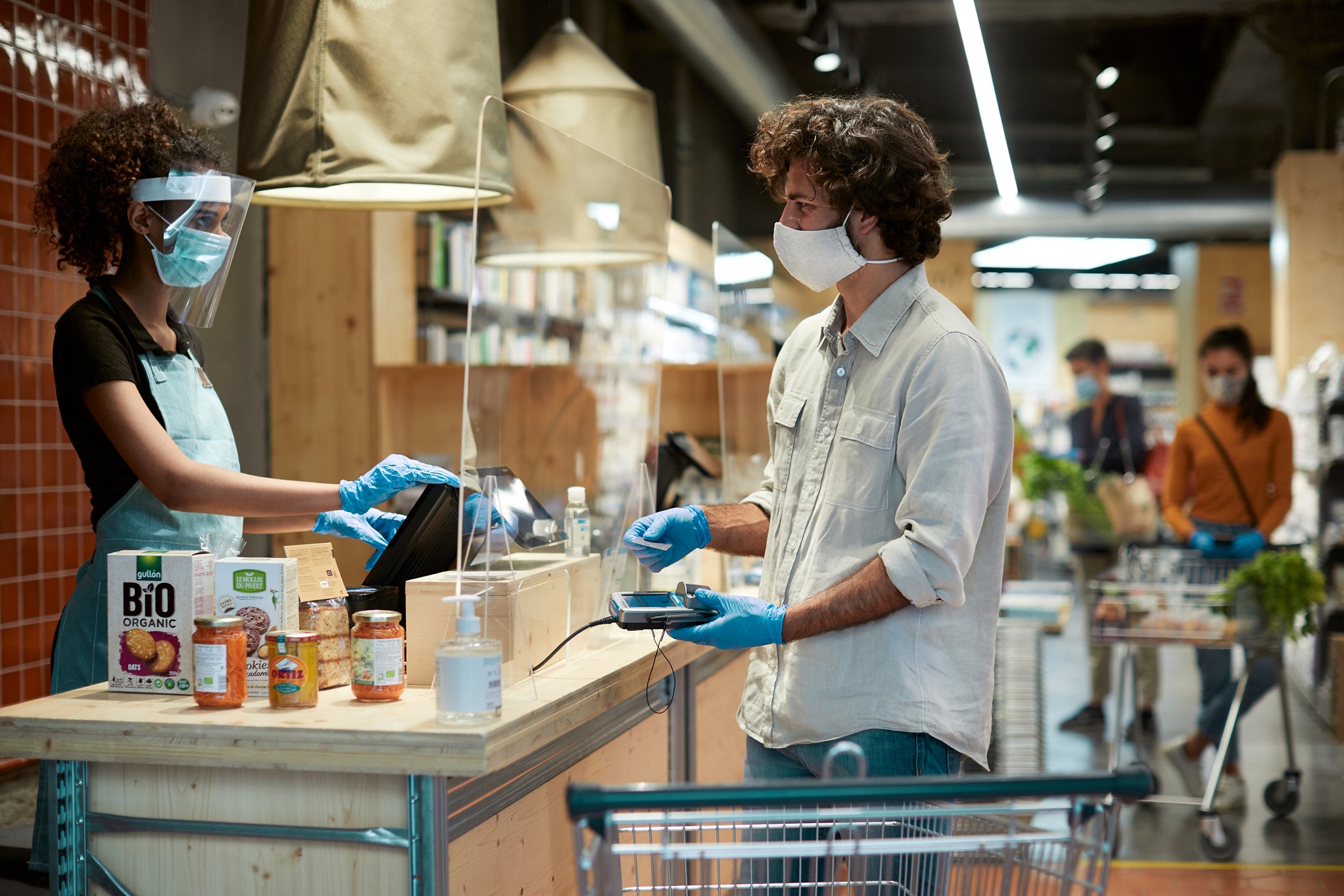 During the pandemic, you may have noticed an array of limited-time card bonuses and benefits -- including on groceries -- to encourage spending on existing cards.

However, we've begun seeing a shift in how card issuers are attracting new cardholders to the fold, too. And it's good news for those in the market for a new, shiny piece of plastic (or metal).

The bonus on The Platinum Card® from American Express is the latest to not only offer a generous welcome offer but also a bonus geared toward higher rewards rates. And yes, it's on groceries at U.S. supermarkets too. First, you'll get a sizable 75,000 Membership Rewards points after spending $5,000 in your first six months of card membership. But the unique element of the offer is a bonus multiplier on non-travel items. The card has a $550 annual fee (see rates and fees).

New cardholders will now be able to earn 10x points on up to $15,000 in eligible combined purchases at U.S. gas stations and U.S. supermarkets during the first six months of card membership. That’s an additional 9 points on top of the 1 point you earn for these purchases.

That skyrockets the Platinum card to be the best card to use for grocery purchases, at least for the first six months. However, after the first six months, you'll still need a dependable card to spend at supermarkets. What should you do? Insert the American Express® Gold Card and its 4x point bonus at U.S. supermarkets (up to $25,000 in purchases per calendar year, then 1x).

Here's how to make the most of these two cards for groceries as a one-two punch in the long term.

Start off with the Platinum

First, the big assumption we're making here is that you don't have the Amex Platinum card just yet -- but are considering applying with its generous welcome offer, including the 10x bonus at U.S. gas stations and supermarkets (up to $15,000 in combined purchases for the first six months).

Related: How to earn up to 225,000 bonus points with the new Amex Platinum offer

Unfortunately, this 10x bonus is not available for existing Amex Platinum cardholders (such as myself). Typically, we would not recommend using the Amex Platinum for grocery purchases. If you have a Platinum card already -- and don't qualify for this bonus -- there are much better alternatives out there for supermarket spending.

However, as a new Platinum cardholder with the 10x bonus, it's the best card to use in the grocery category -- bar none.

Let's assume you spend $446 on groceries in your household per month. According to the U.S. Bureau of Labor Statistics data, $446 is the average monthly at-home food spending for a New York resident. Obviously, this number will vary based on your personal habits and location.

As you can see, over a six-month period, you'll earn significantly more points with the Amex Platinum's welcome offer of 10x at U.S. supermarkets (and U.S. gas stations). Assuming your average monthly grocery spending is $446, compared to the Amex Gold, you'll earn 16,056 more Membership Rewards points in total.

In the short term, the Platinum is the card to beat for U.S. supermarkets and U.S. gas stations.

Related: Who should (and who shouldn’t) get the American Express Platinum?

Transition to the Gold

Clearly though, after the first six months, it's time to reevaluate which card to use. After the promotional period, it doesn't make sense to put your supermarket spending on the Amex Platinum. At just 1x per dollar spent, there are so many better options. Thankfully, you don't have to stray away from the Amex Membership Rewards portfolio.

The Amex Gold has been the perennial card for U.S. supermarkets (and food, in general) long term, and that doesn't change even with the Platinum's 10x bonus. After six months initially with the Platinum, it's a wise choice to transition your grocery spending to the Gold card.

Let's again assume you purchase $446 per month on groceries after the initial six-month period.

There is little reason to use a Platinum card at U.S. supermarkets after the first six months of card ownership.

For months seven through 12, you'll earn 10,704 Membership Rewards points if you use the Amex Gold (at 4x return). However, with only a 1x earning rate, you'll earn a measly 2,676 points with the Amex Platinum. Long term, the Amex Gold continues to be the best card on the market for grocery spending.

Keep the Platinum for the perks

The Amex Platinum works well side-by-side with the Amex Gold, however. Personally, I have both cards and they serve very different purposes. The Platinum still has a variety of premium perks that I can still use, even while traveling less (and no trips internationally during the pandemic). From Uber credit (for Uber Eats) to a limited-time streaming and wireless credit (no longer available), I still found my Platinum card to be relatively useful in 2020.

Once travel picks up again, cardmembers will also appreciate that the Platinum offers the most comprehensive lounge access of any card, including a Priority Pass Select membership, Amex’s growing global collection of Centurion Lounges, Delta Sky Clubs on same-day Delta flights, and the Airspace and Escapes lounges. Enrollment required for select benefits.

Meanwhile, the Gold card remains the best for takeout, delivery (in the U.S.), dining at restaurants in and at U.S. supermarkets with its 4x points bonus. That doesn't change and in fact, will only get better in 2021 with the launch of an up to $120 in Uber Cash (for Uber Eats) benefit (for U.S. services) ($10 in monthly credits per calendar year). Cardholders must add Gold card to Uber app to receive Uber Cash benefit.

With a six-month-long, 10x bonus at U.S. supermarkets (and U.S. gas stations), Amex wants Platinum cardholders to use a travel-heavy card for non-travel purchases in the short term. Then, when travel does begin to recover more broadly, cardholders will be able to better utilize their Platinum travel benefits. It's a short-term play for a long-term gain, and you can benefit right now.

However, it's important to remain nimble with which card you use. After the first six months, swap out your Platinum for an Amex Gold (or other grocery card) because you don't want to miss out on those extra points.