11 Pro Travel Photographers You Should Be Following on Instagram 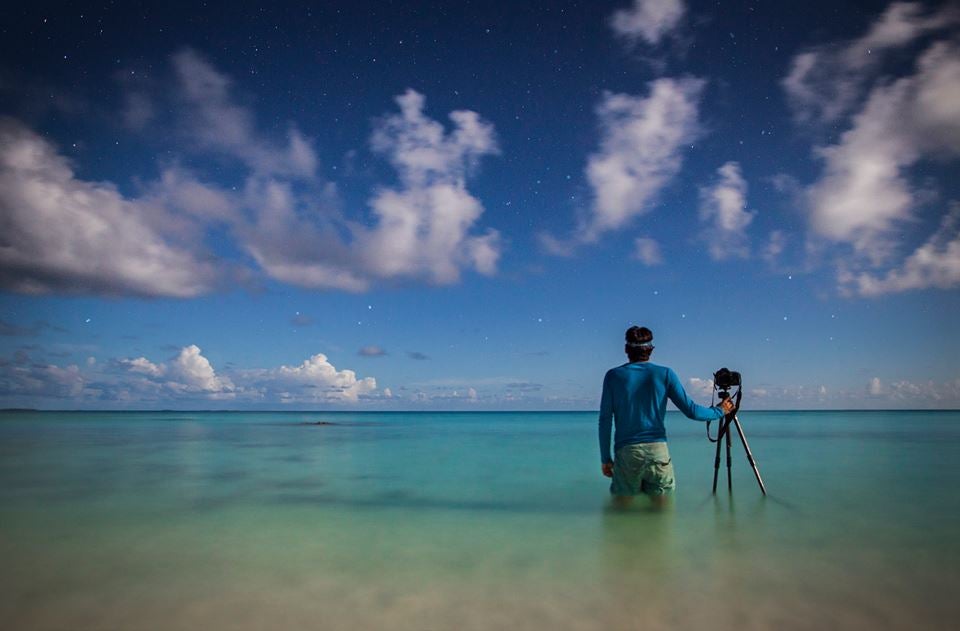 There are a wealth of travel photos floating around the Instagram ethers — just search for #beach and your feed will overflow with pictures taken by amateur photographers from around the world. But sometimes, it pays to follow a professional.

The lensmen and women listed below are at the top of their game, shooting the world in ways that will challenge the way you look at it — and probably convince you to move ahead in planning that next trip. Go ahead, click follow: Here are 11 of Instagram's finest professional photographers.

Why You Should Follow Him: Paul Zizka is an award-winning photographer who journeys around the globe to achieve his spectacular shots, including his signature self-portraits. Zizka captures awe-inspiring moments in nature and uses post-processing editing tools in order to enhance his photos to look otherworldly.

Where You'll Find Him: Close to the fantastic phenomena of nature including capturing the Aurora Borealis in Greenland or ascending mountains in starlight.

Why You Should Follow Him: McCurry's photos span time and space and his work covers ancient cultures, modern issues and multiple regions. He specializes in photography that features various cultures, most notably after he spent time traveling across the Indian continent with a bag of clothes and a roll of film. While McCurry's photographs are diverse, they always feature a human element.

Where You'll Find Him: Capturing small, intimate moments between a mother and daughter in Peru, traversing the farming fields of Afghanistan or interacting with the street vendors in Turkey.

Why You Should Follower Her: Vitale is a photographer whose mantra is to "live the story." For this photographer, that means living in war zones, visiting more than 90 countries and documenting both the shocking and compassionate sides of human nature — all in the name of art. Recently, Vitale has turned her eye toward endangered species after completing a piece on the world's last white rhinoceros.

Where You'll Find Her: Most likely in Africa, where some of the world's most awe-inspiring creatures face extinction regularly.

Why You Should Follow Him: Ira Block is a famed National Geographic photographer who is an expert in photographic lighting. Scrolling through his Instagram feed will arrest you with the warm, rich colors of the Moroccan landscape alongside the bright lights of Marrakesh's shopping square. Block's photographs span the globe and include an inspection of people, wildlife, cities and rural life.

Where You'll Find Him: Wherever the light is — Block travels the globe trying to find the best shot. He also teaches workshops on his speciality and is a frequent contributor to blogs on the matter.

Why You Should Follow Him: Bakker, a photographer based in the Netherlands, specializes in architecture with a focus on the repetitive nature of shapes and lines. His work resembles graphic design in its use of geometric shapes and color and pushes the viewer to think about architecture in a new way.

Where You'll Find Him: Snapping arresting photos of modern architecture in Amsterdam and across Europe.

Why You Should Follow Him: Bramante is an Italian photographer who shoots for high-end clients like Dior, Cartier, Jaguar and Club Med. While his portfolio of clients may come off a bit ritzy, the photos featured on his Instagram account are far more accessible. Scrolling through his feed you'll find ethereal photos so beautiful they're almost eerie, as well as plenty of shots of Bramante with his young son.

Where You'll Find Him: If not taking pictures of his adorable son, you'll most likely find this jetsetter roaming the European continent, searching for lone beach houses or abandoned churches in serene and winsome locations.

Why You Should Follow Her: Farah is a powerful female voice in a male dominated profession. Hailing from Somalia, Farah takes her culture's tradition of oral storytelling and transfers that talent to film. Farah's work focuses on the everyday life of Africans — instead of focusing on narratives that view the enormous country through a binary "success or failure" scale. Scroll through her feed to find touching human portraits as well as enchanting landscapes all set in exotic Africa.

Where You'll Find Her: Farah is based in Nairobi and her photographs often feature the beaches, markets and people of Kenya but there's just as good a chance she's capturing the beauty of everyday life in her native Somalia.

Why You Should Follow Her: Alhindawi's upbringing undoubtedly had a large influence on her artistic vision. Born in rural Romania, Diana, her Romania mother and Iraqi father were forced to flee the country to become refugees in the former Yugoslavia. This led to Alhindawi's interest in human rights and humanitarian aid, and her photos focus on the human aspect of social unrest. Her photos are both striking and educational, pushing viewers to think deeply about the world we live in.

Where You'll Find Her: Alhindawi is currently photographing in Africa, making stops in Kenya, Liberia and the DRC.

Why You Should Follow Him: Albert is a multi-award winning photographer based in Northern California where he lives with his family. His work is centered around issues that are not normally covered in the mainstream media, and he is fascinated by hard-to-reach regions like Africa, the Middle East and untraversed areas of North America. His most recent project focused on South Algeria exploring the instability of the region and the role of the Sahrawi Arab Democratic Republic's rebels in one of the most dangerous areas of the world.

Where You'll Find Him: On outdoor adventures with his family all around California or in remote areas of Africa and the Middle East on assignment.

Why You Should Follow Her: Murray is a native of Cape Town but currently resides in Portugal. Her IG feed is a mix of personal and professional photographs that range from picturesque beaches to wistful shots of worn down homes. Murray's sense of adventure comes through in her photographs as she uses her photographic skills to capture her endearing travels.

Where You'll Find Her: In the hidden but emotive corners of Portugal.

Why You Should Follow Him: Frazzetta, a frequent contributor to The New York Times magazine and National Geographic Travel, uses his pictures to tell a story — whether it be of a small Spanish village or struggling farmers in Burundi. No matter the subject, Frazzetta makes sure his photographs are powerful and able to speak to the viewer.

Where You'll Find Him: Frazzetta has worked in more than 50 countries around the world but is based in Italy. His most recent project took viewers on a tour of Milan in 48 hours.