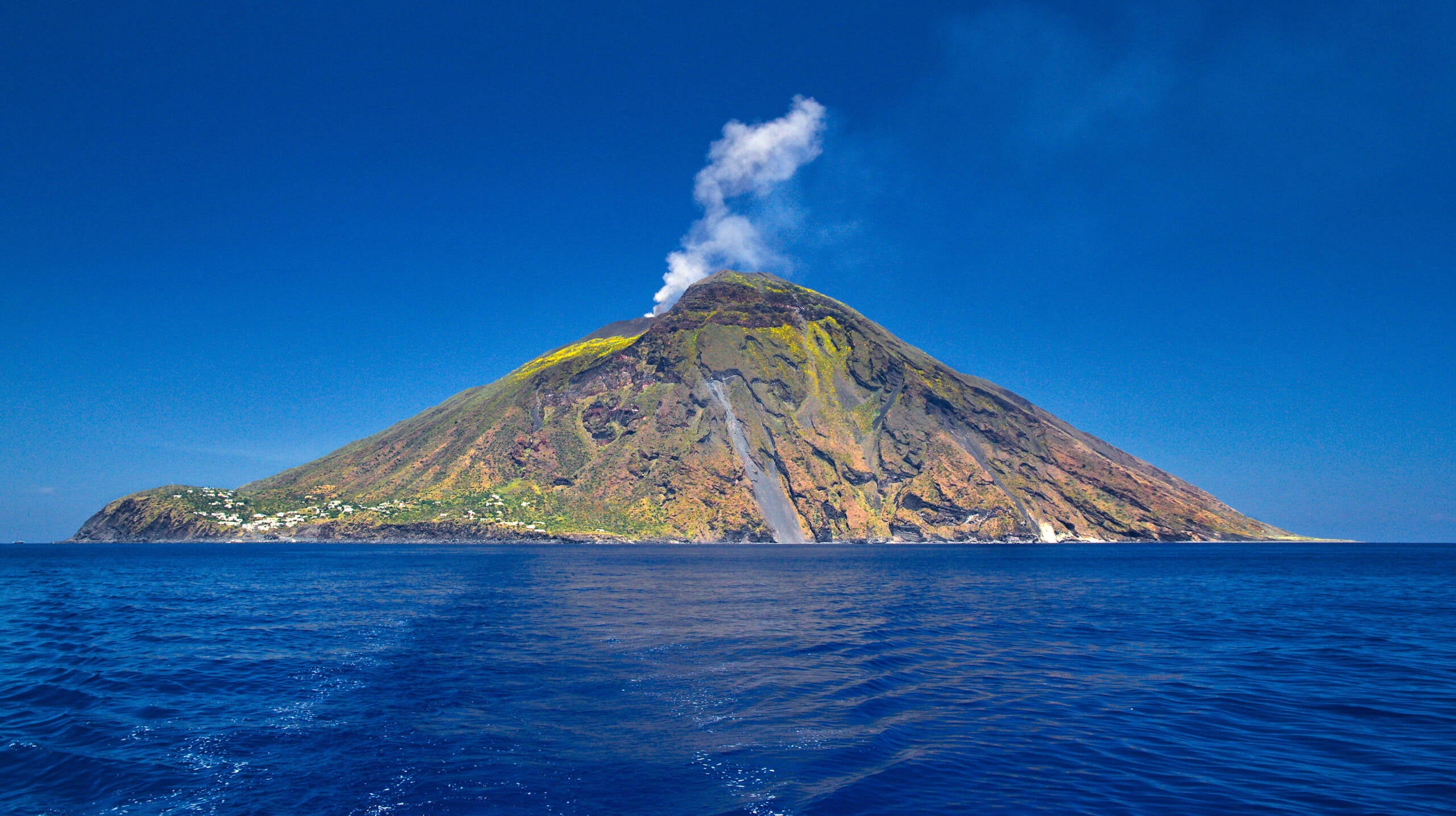 Located off the northern coast of Sicily and worlds away from the crowds of Capri, the seven volcanic islands in the Aeolian chain include lush Salina, the jet-set playground isle of Panarea and ethereal Stromboli, whose eponymous active volcano is a sight that has mesmerized travelers since ancient times.

Gnarled, reddish lava formations grace many of these chiseled island coasts, sometimes jutting up from the seafloor. The Aeolian Islands are arguably the most pristine archipelago in the entire Mediterranean and are also a UNESCO World Heritage Site. Get there via the mainland Sicilian town of Milazzo, or by flying into Naples or Palermo then taking any number of ferries from those cities to the islands.

Here's why this intriguing part of Italy is worth a visit.

Stromboli's volcano is rightly known as the "lighthouse of the Mediterranean" because every night, lava erupts from the top and streams down from the Sciara del Fuoco into the sea. It's a truly mesmerizing sight, especially when enjoyed from the outdoor deck of a night boat -- it's easy to find one in the little port of Ginostra. The volcano is actually 8,000 feet tall, while only about 3,000 feet are above sea level. There are a couple of small villages and some decent black-sand beaches on the island, but basically, Stromboli is a volcano, and for that alone, it's pretty awesome.

Two lumbering extinct volcanoes form the spine of Salina, and the taller of the two, Monte Fossa delle Felci, at 3,156 feet, is the highest peak in the Aeolian archipelago. Unlike stern Stromboli, this island is lush and verdant. Its most famous products are capers and Malvasia, a sweet, fragrant white wine made from dried grapes.

The main port is Santa Marina, but for the best vistas and most interesting places to stay, hop on a bus to the village of Malfa, where Hotel Signum has a pleasant al fresco restaurant and a restorative indoor/outdoor spa. At the clifftop Capofaro Locanda & Malvasia, you may need to cross a vineyard to get to your room -- not necessarily a bad thing. Movie buffs may also recognize Salina as the place where the classic "Il Postino" was filmed.

3. Panarea: Get your chic on

Panarea is one of the smallest islands and with its combination of stark geography and reputation for attracting A-listers from Uma Thurman to Princess Alessandra Borghese, it's like the Italian answer to Mykonos. In fact, the whitewashed lanes of the main village are very reminiscent of Greek island towns. It's no surprise then that the before the ancient Romans were here, Panarea was settled by Mycenaean Greeks. In August, the big guns call in with their yachts -- Giorgio Armani and Roman Abramovich are regulars -- but even then, a chill vibe prevails.

The breezy Hotel Raya helped put Panarea on the map in the 1960s and is still the best place to stay. Take a short boat trip to the deserted islet of Basiluzzo where you can swim in the translucent blue waters. Above the water, Air Panarea offers helicopter tours of nearby Stromboli's volcano.

4. Lipari: Think Capri, minus the tourists

At nearly 15 square miles, Lipari is the largest of the Aeolian Islands and bears evidence of settlements long before the arrival of ancient Greek colonists. Its main town, also called Lipari, is the commercial capital of the Aeolians and feels like a more down-to-earth version of Capri. It's also home to a can't-miss archaeological museum, known for its displays of some ancient shipwreck cargoes and rather wonderfully, the biggest collection of mini ancient Greek theatre masks in the world. From the Quattrocchi (Four Eyes) lookout point, about two miles out of Lipari town, you can get an eyeful of dramatic scenery and a view across the water to Vulcano.

5. Filicudi: A bit of the Caribbean in the Mediterranean

When approaching remote Filicudi, don't miss La Canna, a volcanic rock that juts up like a sentry 243 feet above sea level. It's a fitting introduction to an island that truly feels like it fell off the map, which is a bit deceptive, as this mountainous green island has been settled since Neolithic times. Have a gander at the ruins of a seaside Bronze Age village at Capo Graziano, about a 10-minute ride south from the small harbor. For the best seafood, try Ristorante La Canna, perched just above the harbor, or La Sirena in the even tinier Pecorini A Mare beach.

Ancient Greeks called it Therassia and ascribed it to Hephaestus, god of fire. But the Romans renamed the island Vulcano and thought it was the chimney of Vulcan, their god of fire. It's hard to argue with that as you hike or drive past smoking sulfurous fumaroles on the way to the Gran Cratere della Fossa, the biggest of the stratovolcanic cones.

On the north end is little Vulcanello, a product of an eruption in 183 BC and connected to the main island by an isthmus. It's there, at Porto di Ponente, where you can indulge in a therapeutic mud bath and work in a swim at a broad black-sand beach. The place to stay in Vulcano is the Therasia Resort -- the views from there across the sea to Lipari will blow you away.

Rather than mainland Italy, why not try something a bit different and more remote and make your way to the wonderful Aeolian Islands. You'll no doubt find fewer tourists, quieter hotels and resorts and with all the thermal activity, have a vacation to remember!