Articles
Eric Rosen originally joined TPG as the site's first managing editor back in 2011. He contributed to major publications including Bloomberg, Conde Nast Traveler, National Geographic Traveler and Travel + Leisure before rejoining TPG as director of content in 2021.
Follow
May 08, 2015
•
9 min read 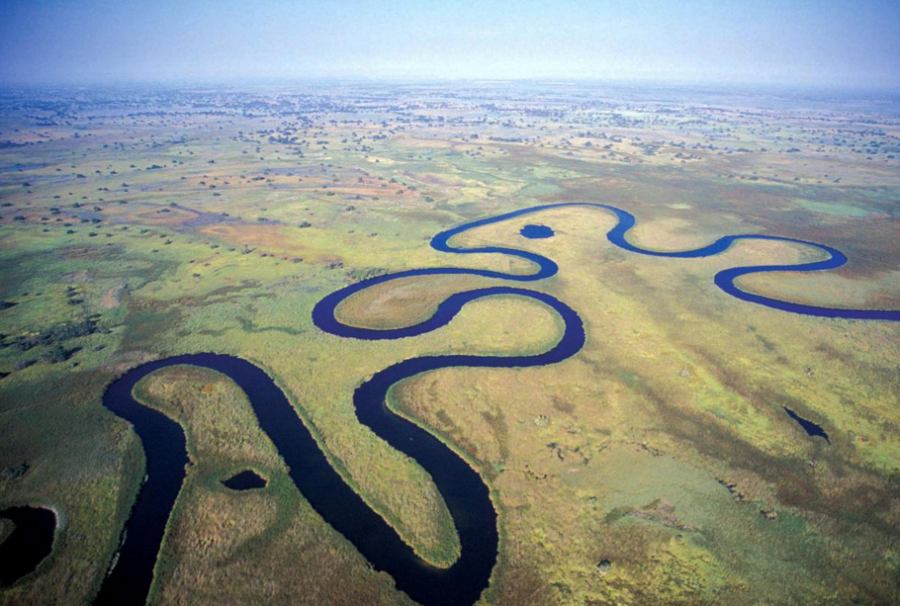 Under-The-Radar African Safari: Botswana
This post contains references to products from one or more of our advertisers. We may receive compensation when you click on links to those products. Terms apply to the offers listed on this page. For an explanation of our Advertising Policy, visit this page.

First-time visitors to Africa tend to gravitate toward well-known destinations such as South Africa, Kenya and Tanzania, but in this new travel series, TPG Special Contributor Eric Rosen sheds light on five of southern Africa’s other great safari destinations. The first four posts covered Zambia, Rwanda, Namibia and Malawi. For the final installment of this series, we visit one of Africa’s best-known but still uncrowded safari destinations: Botswana.

As inspiration for travelers looking to experience something new, this series shares each country’s major safari areas and what wildlife you’re likely to see, as well as suggesting some places to stay. Be sure to consult Allied Passport & Visa for visa guidelines, and the CDC for info on vaccinations.

Of the five destinations in this African safari series, Botswana is probably the most well-known and accessible. While it’s true that most first-time visitors to Africa looking for a safari tend to hit South Africa, Tanzania and/or Kenya, Botswana has quickly been catching up with its larger neighbors (its population is only about 2 million, compared to South Africa’s 53 million).

That is thanks, in part, to a slew of new luxury safari camp openings, but also to the country’s relative economic and political stability (it boasts Africa’s longest continuous multi-party democracy) as well as a plethora of world-class game reserves.

There is some speculation that the government is forcing indigenous bushmen off of ancestral lands in order to make way for diamond mining, the country’s economic mainstay, but the government claims it is trying to settle these nomadic peoples so that they can receive more regular social services. I would encourage anyone thinking of visiting the country to look into this issue more closely in order to determine whether or not they're comfortable traveling there.

National parks and private game reserves cover about 40% of Botswana’s total land area, so visitors have a lot of choices. Here are a few of the top options.

Botswana’s most popular safari destination has to be the Okavango Delta, the world’s largest inland delta and a sprawling patchwork of myriad interlinked ecosystems. Part of the Kalahari Basin in the country’s northwest, the area is actually home to several parks and game reserves including the Moremi Game Reserve (which covers about 20% of the Delta and is a national park), as well as plenty of private concessions clustering along the waterways and spillways that form the delta. What makes this place so special is the variety of landscapes guests will encounter, including desert-like stretches, lush wetlands and floodplains carved out by shifting channels.

The Delta contains three distinct areas: the Panhandle, the Delta itself and the drylands. The Panhandle is in the north and is comprised of papyrus-covered swamps that draw visitors for the chance to get out on the water in dugout canoes (or mokoros, as they are called here), for fishing and to visit local villages.

The Delta is home to seasonal streams, oxbow lakes, lagoons and grasslands that flood in the wet season and turn into thousands of little islands. The reserve’s southern area is the drylands portion of the park, a much more savannah-like climate with water-conserving trees and scrub as well as large animal populations that make this their home in the dry season.

The Okavango’s biodiversity is its main draw, and recent surveys have reported that there are more than 120 mammal species alone, as well as over 60 kinds of reptiles, 1,300 distinct flowering plant species, and over 400 bird species. Among those you’re likely to see are big game such as elephants, lions, leopards, buffalos and giraffes as well as zebras, hippos, crocs and rhino, but also littler inhabitants including wily genets and caracal, which look like lynx. Visitors tend to get around by four-wheel drive in the dry areas and by motorboat or canoe in the wetlands.

The Okavango Delta is also home to many of the country’s most upscale safari experiences (though many actually fringe the reserve so as to interfere as minimally as possible with this delicate environment). Belmond Safaris (formerly Orient-Express) offers the ultra-luxe Khwai River Lodge, while the renowned &Beyond offers the relatively new Sandibe Okavango Safari Lodge, as well as the Xudum Okavango Delta Lodge and Xaranna Okavango Delta Camp.

Wilderness Safaris, another outfitter, has two additional options: Mombo Camp, its flagship property in the country, lies in a concession on Chief’s Island in the heart of the Moremi Reserve. Set in a private concession in the Delta’s north, Vumbura Plains Camp is actually two camps of just seven tents each, all of which have the "glamping" trappings that high-end travelers have come to expect, such as plunge pools, outdoor showers and private game-viewing decks.

The Central Kalahari Game Reserve is, as its name suggests, in the portion of the Kalahari desert within Botswana’s borders. It was established back in 1961, and is actually among the largest game reserves in the world. The Kalahari Desert is anything but deserted. It is actually a diverse ecosystem with highly evolved flora and fauna that have adapted to the harsh landscape and all its facets.

Among the wildlife you are likely to see are cheetahs (a rare treat), lions, leopards (another great sighting if you spot one), hyena and wild dog on the predator apex of the food chain. There are also warthogs, wildebeests, hartebeests and all kinds of antelope and buck.

Intrepid travelers can visit the remote Makgadikgadi and Nxai Pans that also form a part of the Kgalagadi region. The salt pans here are among the largest on earth, and they're all that remains of an enormous prehistoric lake (it was about the same size as Portugal). Though the terrain resembles a moonscape, it does get some rain and comes alive with vegetation and wildlife, notably the huge flocks of flamingos that come to feed and breed in the salt-rich waters.

Among the options for lodging in the CKGR are Wilderness Safaris’ Kalahari Plains Camp, and the family-run Deception Valley Lodge. The camps in the Makgadikgadi Salt Pans include Uncharted Africa’s Camp Kalahari, San Camp and Jack’s Camp.

Chobe National Park is situated in Botswana’s northwest, and despite its size (it ranks as the third-largest park in the country), it is actually prized for its high concentration of wildlife. It was one of the nation’s first national parks, established in 1968 along the spectacular Chobe River. It encompasses a mainly riverine terrain including swamps, forests and floodplains, and the portion along the river itself is famous for the huge herds of elephants and Cape buffalo that come to the river to drink during the dry season (June-October), and the prides of lions that hunt them.

Other watering-hole habitués here include waterbuck and puku, kudu, giraffe, impala, warthog, baboons and predators such as leopards and even little jackals. Out on the river, visitors can cruise along at sundown among crocodiles and hippos as the cacophony of nearly 500 bird species serenades them.

Among the top-tier lodges to stay here are Savute Safari Lodge, the more rustic &beyond Savute Under Canvas camp and the luxurious Savute Elephant Camp from Belmond (formerly Orient-Express) Safaris. Ngoma Safari Lodge has a spectacular situation in the north of the region overlooking a river valley.

Have you been to Botswana? Share your tips and experiences in the comments below.
[card card-name='Barclaycard Arrival™ World MasterCard®' card-id='22089566' type='javascript' bullet-id='1']

Featured image by Visit Botswana's unique Okavango Delta for some of the world's best safari experiences.