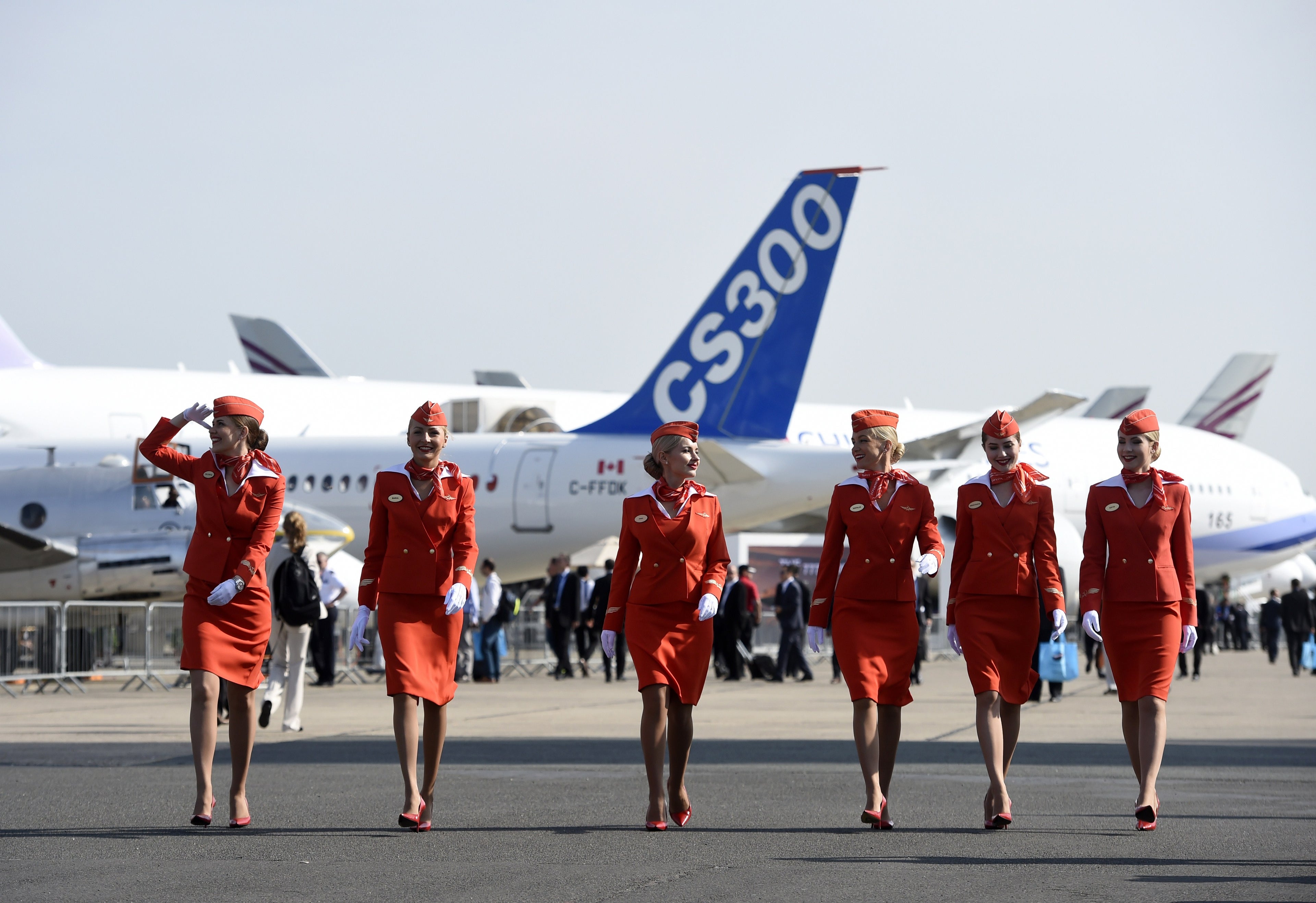 Many people travel for work, but what if flying was an integral part of your job description? Flight attendants possess technical knowledge of the aircraft they're flying on, not to mention they memorize seating charts and emergency information — all while maneuvering through cramped cabin aisles to serve the needs of passengers.

But once on the ground, they have the opportunity to explore new cities and different cultures around the world. Imagine having breakfast in New York, dinner in London and dessert in Switzerland? Fortunately, we can vicariously travel the world through these 11 flight attendants as they chronicle their adventures on Instagram.

Serkan likely enjoys two things: the gym and being part of the cabin crew — both evident by his previous Instagram handle, pumpingsteward. A self-professed lifestyle blogger, his day job consists of working as a flight attendant for Lufthansa. Primarily based in Frankfurt (FRA), he has also posted photos about his day-to-day travels in New York, Las Vegas, Miami and Dubai.

Elisa is a 21-year-old who also serves as a flight attendant for Lufthansa. While her profile says she's based in Hamburg, you won't find her in the same city for too long. In May, she visited four cities in four days — Budapest, Copenhagen, Milan and Lisbon — and then topped it off with a getaway in India. In her free time, you can find her brunching with friends and reading books while floating in the Dead Sea.

Brigita is a blogger, traveler, dreamer and Lithuanian traveling the world — in that order, according to her profile. She currently serves as a flight attendant for Emirates, having spent more than 800 hours in the sky on over 100 flights, and travels even more in her free time. Some of her favorite pastimes include hot air balloon viewing in Turkey and posing in front of the famous onion domes in Russia.

Originally from Charlotte, North Carolina, Meghan is currently based in Los Angeles (LAX) and has been working as a flight attendant for Delta for more than three years. As a result, she's had her fair share of bizarre stories — puppies pooping mid-flight, people changing outfits in their seat and even physical fights erupting among passengers. Like many of her colleagues, Meghan spends a lot of time traveling. She says that it isn't all glamour; to her, being a flight attendant is "exhausting, exhilarating, interesting, challenging, frustrating and fun."

Lucas is a flight attendant for Emirates currently based in Dubai (DXB). An avid outdoorsman, he likes to stay physically fit by partaking in various outdoor activities like swimming, lifting weights and even surfing in Indonesia. As part of Emirates' cabin crew, Lucas worked on its inaugural flight to São Paulo, where he served as a bartender on the Airbus A380. His passport is pretty well-stamped too: Lucas has traveled to multiple countries, including South Africa, Austria, Italy, Hungary and New Zealand.

Jay, otherwise known as internationalflyguy, currently works as first-class cabin crewmember in Dubai (DXB). In his previous life, he worked as a journalist, server, entrepreneur and even a farmer. He enjoys travel blogging and is a self-professed aviation geek — both topics that we're very familiar with here at The Points Guy. A true globetrotter, Jay has ridden horses in Zimbabwe, hung out with locals in Bangladesh and has even done some paddle boarding in the Maldives.

Cindy is originally from California but is currently based in Dubai (DXB), where she serves as cabin crew for Emirates. She loves to travel the world "one layover at a time." Some of her favorite experiences include sailing around the island of Mallorca in Spain, paragliding in Rio de Janeiro and lounging on the beautiful beaches of Montego Bay, Jamaica.

Shalane is a 26-year-old from the Netherlands who started working for an airline at age 21, and is currently a flight attendant with KLM. Not to mention, her boyfriend is a captain with the same carrier and they frequently explore new destinations together — like her favorite layover spot in Norway. Shalane's #1 tip to passengers? Pack a scarf and some socks in your carry-on because planes get really cold — a well-known fact that many travelers often forget.

Kiki, originally from Thailand, is currently based in Dubai (DXB) as cabin crew for Emirates. She enjoys all things fashion, beauty and travel and shares it all on her Instagram feed. Emirates has one of the most extensive route networks in the world — and it shows in Kiki's travels; she's visited an array of cities worldwide including Milan, Copenhagen and Sydney.

Svitlana is a Ukrainian flight attendant based in Dubai (DXB) who currently is part of the cabin crew for FlyDubai, a low-cost carrier serving the Middle East, Africa, Asia and Europe. An adventure-seeker and fitness enthusiast, she has reached Annapurna Base Camp in the Himalayas and snorkeled with massive whale sharks in the Philippines.

Czarina is currently based in Dubai (DXB) and works as a flight attendant for Emirates, using her Instagram to give followers a glimpse into her world. She travels so much that her boyfriend recently proposed to her while they were in Fiji. One of her favorite things to do is to use drones to take aerial shots of her vacations. She's captured some amazing photos in places like Aruba, Saint Martin and the Dominican Republic.

Are there any other flight attendants on Instagram that you love to follow? Tell us about them, below.