7 Things to Do Before Your First Trip to South Africa 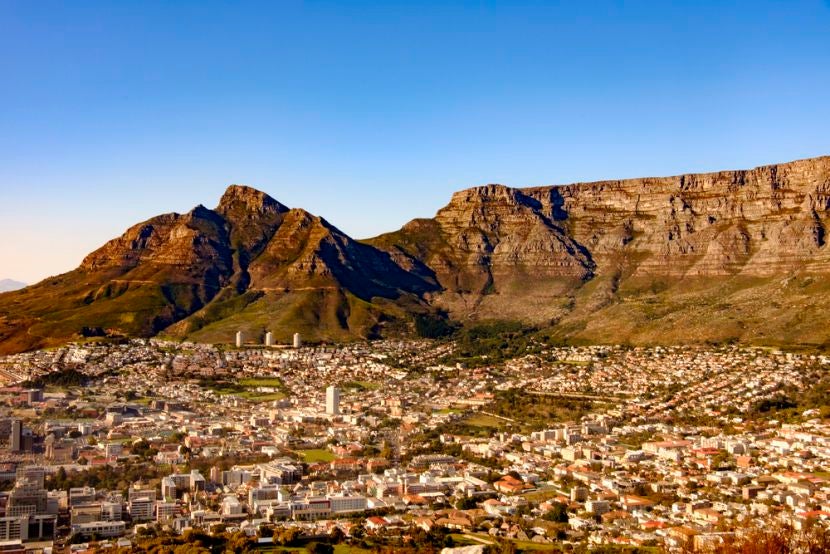 South Africa is home to three capitals, six distinct ecosystems and 11 national languages. It boasts the world's richest gold field and a history that thrusts race relations and colonialism into worldwide headlines. Yet not far from its diverse cities, the bush is host to free-roaming lions and leopards, giraffes, zebras, and much more. But before you strap on your pith helmet, here are seven things you'll want to do before your first visit.

South Africa is even more magical than I had ever imagined it would be. It's also really far away. A nonstop flight from New York (JFK) to Johannesburg (JNB) is about 15 hours long, so of course I wanted to travel in business class instead of economy. The trick is to look carefully when you're ready to buy tickets. I opted for two back-to-back overnight flights, which meant a full-day layover at Heathrow (LHR). While Virgin Atlantic's business-class cabin pales in comparison to many others (think Motel 6 instead of a Marriott), it gets the job done with plenty of food and seats that convert to flat beds — there's also an open bar, if that's your thing. And the Virgin Atlantic Clubhouse is outstanding.

2. Aim to Visit in July and August

The weather in South Africa is great in July and August, with mild days and cool nights that create an almost insect-free experience in most of the country. I had brought copious amounts of military-strength bug spray for my safari, but I didn't see a single mosquito. Depending on your itinerary, you'll probably want to bring along at least a light jacket and perhaps a coat. Temperatures can drop to near freezing at night in Johannesburg, even as daytime temperatures in the 70s are common throughout the country.

While South Africans officially speak 11 different languages, and while you can speak English to almost everyone, Zulu is the lingua franca among most of the majority of the population so learning a little before you go is a good idea. Here are a few phrases to help get you started:

4. Do Your Homework and Learn About Where You'll Be Staying

South Africa is incredibly diverse, and travel by air within the country is both easy and inexpensive. Johannesburg — or Jo'burg, as the locals call it — was born amid a gold rush as an organic if disorganized response to basic human need, so factories sit next to apartment buildings and offices next to stadiums in a sprawling and diverse jumble. In the residential suburban neighborhood where I stayed, security considerations kept the local population ensconced behind high walls and protective fences that were often electrified. People venture out only in vehicles, never by foot. If you can arrange home hospitality, even for a day or two, do it. There's no better way to get a sense of what it's like to live there.

Then there's the downtown area called Hillbrow, once a luxury destination and now known primarily for its violence, and that in a whole country still struggling with crime. Yet in almost mocking contrast to the suburbs, Hillbrow is awash with energy and street life. If you decide to see it for yourself, go with someone you trust.

Soweto, the South Western Township, lies just outside Jo'burg. Formed as the country's largest black township, it gave birth to South Africa's struggle for freedom and served as home to Nelson Mandela — the Noble Prize laureate's house has been converted into one of two major museums there. If Jo'burg is all business, Cape Town is a beautiful and often serene country residence, with heights towering over the wine country and the sea. Random violence is less common here than in Jo'burg, and the city seems to function better as well.

Durban, South Africa's second-largest city, features a glorious shoreline that's full of fun coastal attractions. It's also home to more expat Indians than any other place in the world. Durban is also where you'll want to buy gifts — stop by the KwaZulu Natal Society of Arts gift shop for some great souvenirs.

No journey to South Africa is complete without a trip into the bush, and two obvious choices present themselves: Kruger National Park in the northeast, a five-hour drive from Jo'burg, and the Pilanesberg Game Reserve is about a 2.5-hour drive — I chose the latter, both for its proximity and for its malaria-free status. Though only 150,000 acres in size (Kruger is almost five million), it still seems incredibly vast and impossibly beautiful. Even without the animals, the Pilanesberg would be exquisite thanks to its unique location inside the crater of an extinct volcano.

During our safari, I saw a lion only a few yards away, rhinos that passed our vehicle even closer than that, zebras, elephants, giraffes, gnus, warthogs, antelopes of various varieties, eagles, owls, crocodiles and a ton of other African wildlife. Definitely don't leave your camera at home on this trip!

6. Talk to Your Doctor

Once you've planned your itinerary, speak to your doctor about which shots and medications you're going to need. Some parts of South Africa are prone to malaria — I didn't need a malaria shot, but I did end up with a vaccination against hepatitis A and a flu shot, because summertime in America is South Africa's wintertime flu season. Other precautions may be appropriate as well, so consult your doctor for more information and to see what's right for your trip.

7. Know What to Pack and When to Splurge on Camera Equipment

You'll want to bring along an unlocked phone that'll accept a local SIM card — I usually bring this along to any country I visit, but especially South Africa, where much of the Wi-Fi seems to be powered by carrier pigeon and you'll certainly want a generous data plan to play with. Getting a SIM card at the airport was easy and inexpensive. Bring a flashlight, too, because rolling blackouts are common. (In doublespeak, these sometimes daily power outages are dubbed "load shedding." It's not that there's insufficient electricity, you see. There's just too much load.)

South Africa's safaris offer the ultimate chance to see incredible wildlife in the wild. As an avid photographer, I opted for the Canon 7D Mark II with a second-generation 100-400mm zoom lens (combined cost now about $3,500). I also brought a Fuji X-T1 with an 18-135mm lens for landscapes. If you're into photography, consider renting equipment. Otherwise, a super-zoom camera like the Nikon Coolpix P900 (about $600) or Canon PowerShot SX60 HS (around $450) makes a good option for getting up close and personal with the animals. Don't rely on your cell phone alone for capturing these epic photos.

What are your favorite things to do in South Africa? Let us know in the comments, below.