Short but Sweet: American Airlines (737-800) in Business From LAX to Mexico City 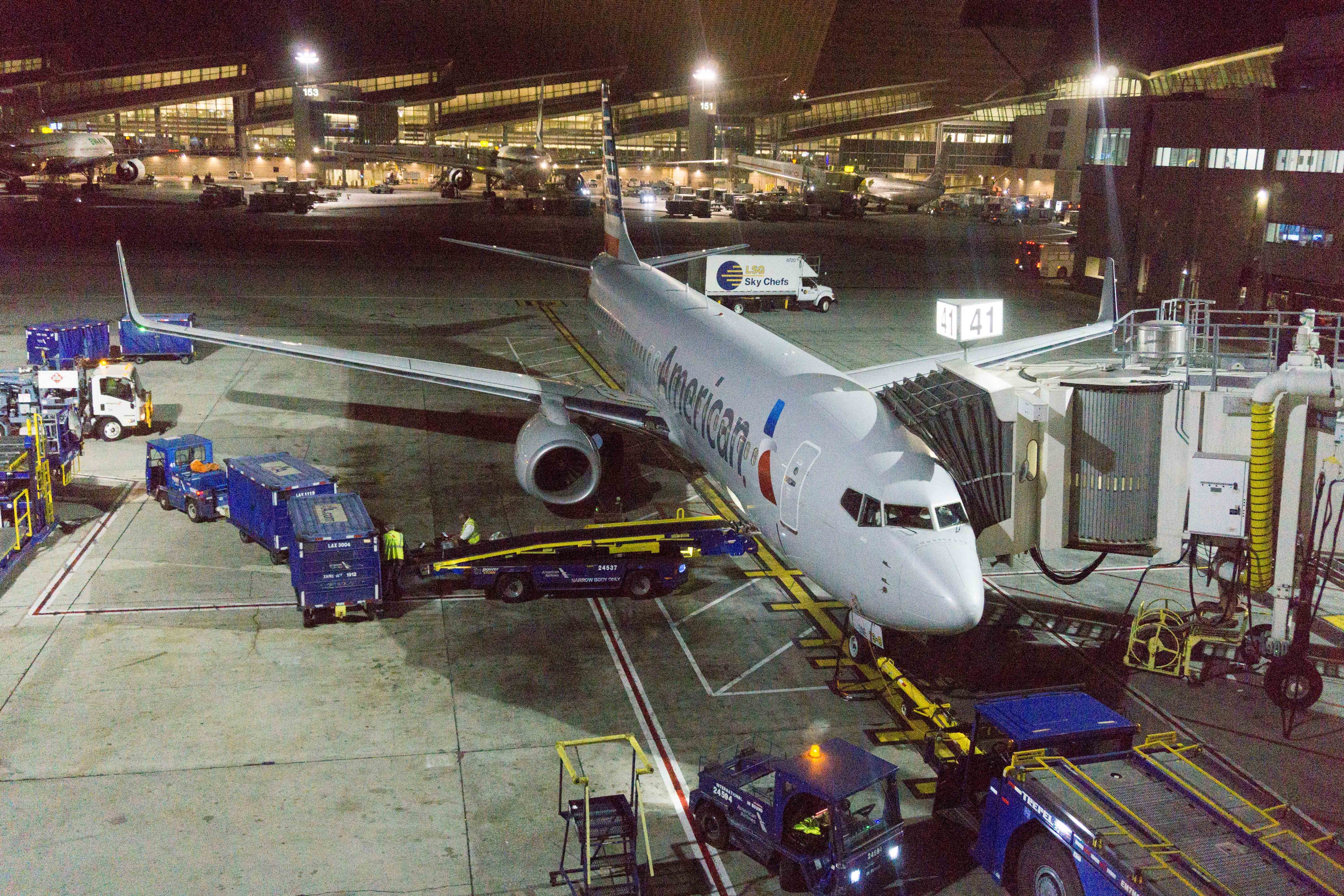 Earlier this summer, I took advantage of the incredible Iberia Avios promotion and had a bunch of Avios burning a hole in my pocket. I couldn't manage a premium-cabin long-haul redemption, so I decided to use them on a trip south of the border during early September, well before the Dec. 1 deadline for redemptions.

I was looking for a getaway on Labor Day weekend that departed from Seattle (SEA) late on a Thursday and returned Sunday or Monday. I came across a redeye via LAX to Mexico City (MEX) for two passengers that even had seats available in business class. Using Iberia Avios, the outbound in biz and the return in economy priced out to 141,000 Iberia Avios, while the same itinerary came to 105,000 British Airways Avios on BA's website. I decided to take the slight risk and transfer my Iberia Avios over to BA and top off that account by transferring in 15,000 Ultimate Rewards points. Taxes and fees totaled $221, which I charged to my Platinum Card from American Express, which earned me 5x points.

That came out to around $416 per person round-trip, outbound in business class and the return in economy on American Airlines. While this wasn't the epic redemption I was dreaming of when I procured the 90,000 Iberia Avios, it still seemed like decent-enough value considering similar flights were selling for $900 to $1,000. The premium-cabin leg from LAX to MEX was marketed as "Business," AA's classification for international flights under 3,000 miles. This isn't to be confused with "Flagship Business," which refers to international flights longer than 3,000 miles featuring lie-flat seating.

I had checked in in Seattle via the American Airlines mobile app. After an early arrival into LAX's "Eagle's Nest" on a American Eagle regional jet, we were bused over to Terminal 4. I made my way to the Admirals Club, near Gate 40.

Much to my surprise, we were given black invitation cards to the Flagship Lounge. Typically reserved only for premium passengers travelling to a different continent (Asia, South America or Europe) or on AA's route from LAX to New York Kennedy (JFK), Mexico City is the only destination in Mexico that qualifies you for access to the Flagship section of the lounge.

The lounge had comfortable seating areas with plenty of power outlets and an airy feel thanks to the high ceilings.

I was particularly impressed with the self-service liquor bar, cooler full of premium beers and higher-end wine choices.

There were even bottles of premade cocktails with all the pertinent garnishes at the ready. In theory, very cool. In practice, the cocktails tasted watered down.

At the self-service wine bar, I was pleasantly surprised to see Delamotte Champagne, which usually retails for around $50 a bottle, along with Miraval rosé and a host of California reds and whites.

There was a wide variety of hot and cold food on offer, including plenty of vegetarian options.

Considering it was quite late at night, the food wasn't the freshest, but it all tasted pretty good, particularly the Mexican corn.

I was also able get a sweet view of the two-year-old Boeing 737, reigistration N985NN, that'd be flying us down to Mexico City.

When we arrived at Gate 41 at 11:00pm, Group 6 was already boarding, even though our boarding pass listed a boarding time of 11:02pm — this is a situation that's all too typical with AA.

The flight attendants welcomed us, and I was immediately pleased to see this was one of AA's 737s that was equipped with in-flight entertainment. I couldn't get a good photo of the whole cabin because it was already occupied by several passengers, but TPG's Benji Stawski reviewed an AA 737 with the same configuration earlier this year, pictured below:

Each seat was stocked with a blanket and headphones. To me, the seats appeared more modern than the ones on United's 737s, except maybe for the carrier's new 737 MAX aircraft.

The premium cabin was arranged in a 2-2 configuration, which is standard for the 737. We were in seats 4E and 4F in what was actually only the second row of the aircraft. Each seat was about 20.5 inches wide and offered 40-42 inches of pitch — plenty of room for the relatively short flight.

When you reclined, the seats slid forward slightly so as not to reduce the space of the passenger behind you. While it slightly reduced legroom, it didn't seem to make a material difference, and the screens could be tilted to help with the new angle of viewing. Overall, the seats were about as good as recliner seats get for a domestic airline. Unfortunately, these seats are on the chopping block as AA goes through with "Project Oasis," which will install new slimline seats and reduce pitch in both business and economy class.

I only visited the forward bathroom once throughout the flight, and it was pretty clean, though it didn't have any additional amenities.

I was happy to find seatback entertainment screens, and mine was touch-responsive and had a remote in the armrest. I found the actual user interface of the system somewhat hard to navigate — you had to have child-sized fingers to manage it on the touchscreen — but there was plenty of content. It even featured the food and drinks available on the flight, though you couldn't order directly from the screen.

Each seat had a universal power outlet and USB port above it.

Considering this was quite a short red-eye, service on the flight was limited. After welcoming us aboard, the FA working the forward cabin came around to take our beverage orders. I requested sparkling wine and water and was served the same cava that was available for purchase in economy. The Delamotte in the Flagship Lounge duped me into thinking all sparkling wine is delicious, but the best thing I could say about this cava was that it was cold.

After we reached cruising altitude, the FA came around for another round of drinks and brought out warm nuts. Most of the cabin had dozed off, but I decided to knock back one more gin and club soda before falling asleep.

The FA working the forward cabin was particularly warm, welcoming and had a great attitude.

Though I'm not a regular AA flyer, I was impressed with this flight. The AA Flagship Lounge sure beats any United Club (except maybe for the Polaris Lounges) or Delta SkyClub I have recently been to, and it had tasty food that kept me full until the morning. In addition, having extra room to stretch out on a redeye, albeit a short one, was pretty valuable. Overall, I was impressed with the experience from the lounge on the ground to the service in the air, and would seriously consider splurging and spending extra miles on a similar flight in the future.