How the FAA Was the Last to Ground the 737 MAX 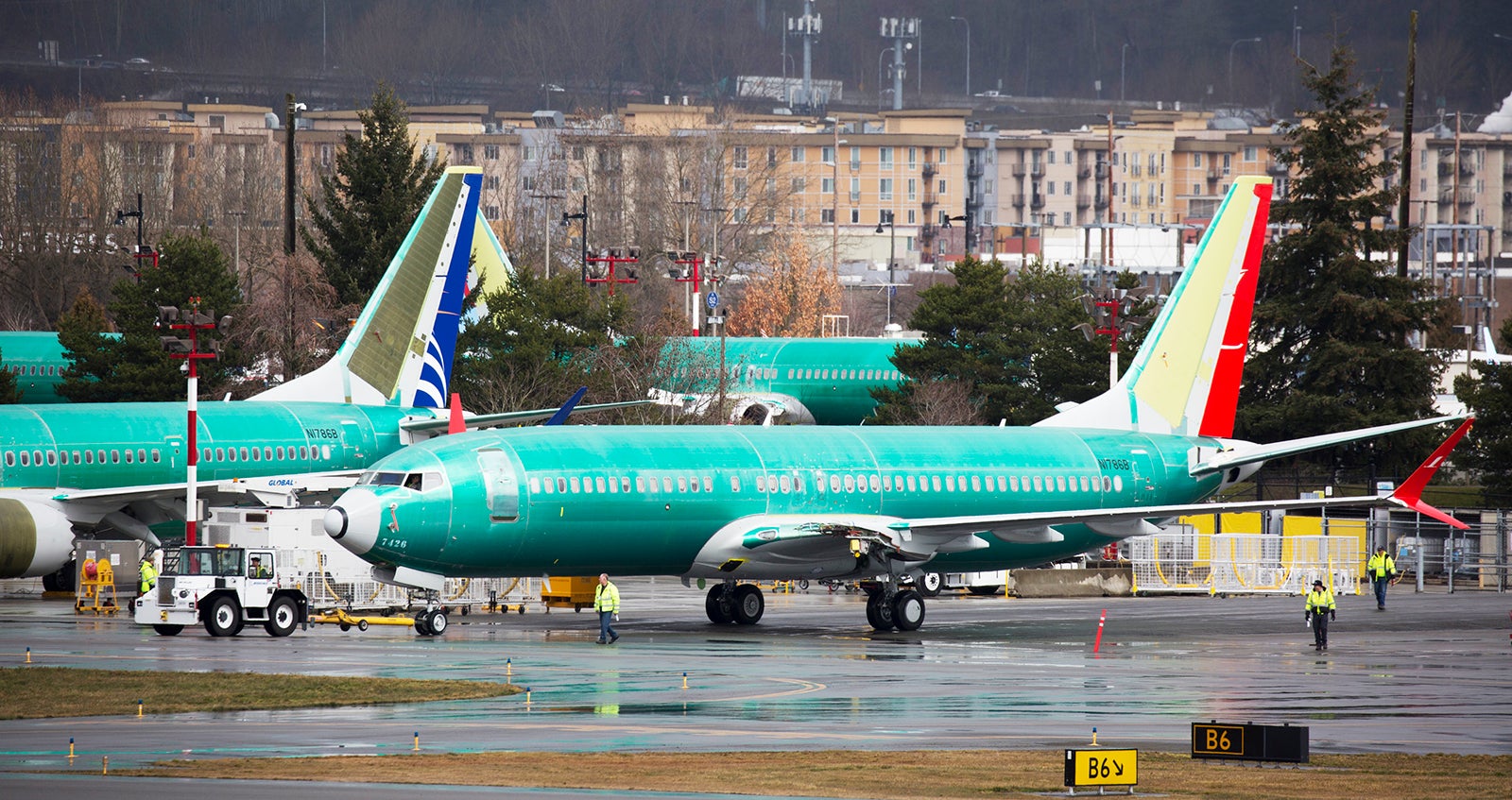 How the FAA Was the Last to Ground the 737 MAX
This post contains references to products from one or more of our advertisers. We may receive compensation when you click on links to those products. Terms apply to the offers listed on this page. For an explanation of our Advertising Policy, visit this page.

On Wednesday afternoon, less than three hours after Canada became the latest nation to ground the Boeing 737 MAX, the US government reversed course. Just the night before, the Federal Aviation Administration had trumpeted its confidence in the 737 MAX with the loudest of announcements: an official statement sent out at 6:15pm, perfectly timed to lead the evening broadcast news.

When US authorities finally joined the long list of nations, agencies, and airlines that had grounded the Boeing plane, the United States had been left as the last holdout. President Donald Trump finally announced that the Boeing jet was being grounded and banned from flying through US airspace.

That was it. The 737 MAX would be effectively grounded worldwide. With the United States, Canada, the European Union, and China all shutting down the MAX, all 371 of the planes delivered so far to airlines had essentially nowhere to go.

And now, the jet will remain out of service for a while: until the cause of two fatal crashes is found, and a fix rolled out.

The crash Sunday of an Ethiopian Airlines Boeing 737 MAX 8 -- the second such incident involving the same aircraft type in less than five months -- presented aviation regulators with an unenviable dilemma. They could ground the aircraft until it could be definitively proven that the two accidents were not linked; or they could allow it to keep flying because no proven link had emerged yet.

These two schools of thought divided the international aviation community for days, leading to a situation that looked like the US versus the rest of the world, until the FAA finally decided to ground the airplane.

Boeing's chief executive, Dennis Muilenburg, had even called Trump on Tuesday to argue in favor of his airplane -- one on which his company has riding half a trillion dollars in the form of 5,000 unfilled orders from airlines all over the world. The call was unusual enough to raise the specter of impropriety; this was the boss of a regulated company calling the boss of the regulator, just after hundreds of people had died in the company's best-selling product.

That all changed the next day. Canada had taken a similar view to the US up to that point -- until, at a press conference late Wednesday morning, Minister of Transport Marc Garneau announced that all 737 MAX aircraft would be banned from operating in Canadian airspace with immediate effect, due to "new data" that had just emerged.

Pressure was mounting on the US to follow its northern neighbor's lead as well as the European Union, China, Australia, Malaysia, and others, and suspend MAX operations until investigators have extracted enough information from the cockpit voice recorder and flight data recorder recovered from the Ethiopian jet. The investigation either will disprove a link with the Lion Air MAX 8, which crashed shortly after take-off in Indonesia in October, or suggest that the two accidents share a cause.

The investigation into the cause of the Lion Air crash is ongoing, but one factor under scrutiny is the Maneuvering Characteristics Augmentation System (MCAS) -- a system that was added to the MAX, a re-engined version of Boeing's best-selling 737, to reduce the risk of stalling. The Lion Air pilots were unaware that the MCAS would automatically push the nose down in certain situations. The Ethiopian pilots, on the other hand, likely were aware, though it's unknown at this point if the system had activated on their plane.

"To date, there is no distinct link to the Lion Air accident. However, it was the MCAS system specifically for the MAX that provoked so much pilot discussion -- not least in the USA -- about its seemingly anonymous introduction," one UK-based aviation industry source told TPG, on condition of anonymity. "So, with the possibility that something similar could have affected [the Ethiopian Airlines flight], the reaction of the industry, the regulators, and the world at large is possibly not surprising. In theory, nothing has been established that scientifically links Lion Air with Ethiopian; however, that could simply be a function of the lack of time since the [Ethiopian Airlines] accident."

The fact that the MAX groundings around the world have happened before that evidence is available, and the opposing stances of the FAA and the European Aviation Safety Agency (EASA) -– two regulators which normally follow similar narratives on safety issues –- make this an exceptional case. Indeed, EASA admitted it was suspending all flight operations of the MAX 8 and MAX 9 models "as a precautionary measure," even though "it is too early to draw any conclusions as to the cause of the accident."

In a similarly worded statement, the UK Civil Aviation Authority, which grounded the planes before EASA did, said that "as we do not currently have sufficient information from the flight data recorder," it had decided to ban the MAX from its airspace "as a precautionary measure" and "until further notice."

That conflicting narrative from the FAA and other regulators around the world illustrated the difficulty of making such a decision in the US, where Boeing, the largest exporter in the nation, has a clout it does not enjoy overseas.

But the pressure would eventually prove too much. US senators had begun weighing in, supporting a grounding. Passengers were saying loud and clear that they did not want to fly on the MAX.

"Regulators face a horrible dilemma. Should the worst happen – they don’t ground the MAX and there is then another accident with similar characteristics – utter mayhem would ensue," said the anonymous source.

When even Canada moved to ground, the FAA found itself in a tight spot. Experts had been saying an about-face was coming, in fact.

"It is inevitable that [the FAA] will follow suit, partially because the world of aviation is built upon the principle of trust in safe operations, " Diogenis Papiomytis, Global Program Director of Commercial Aviation at consulting firm Frost & Sullivan, had predicted a few hours before Trump made his announcement.

"Although we don’t know if 737 MAX aircraft are unsafe, the public’s perception is that they are, until proven wrong," he said. "It is this perception of safety that is particularly important for regulators and airlines worldwide; after all aviation is one of the highest profile consumer markets."

Grounding aircraft is not a decision taken lightly, given the huge operational impacts associated with removing entire fleets from service. European airlines' frustration could clearly be felt in a Tweeted video message from the Bjorn Kjos, CEO of low-cost carrier Norwegian, which is already under significant financial pressure. Kjos said that while "we hope and expect that our MAXs will be airborne soon…it is quite obvious that we will not take the cost related to the new aircraft that we have to park temporarily. We will send the bill to those who produce this aircraft."

If there is no quick resolution to this issue, the bill from Norwegian will likely be the least of Boeing's worries.

Related stories
Legislation that could gut credit card rewards set to move through Congress
Would you stay at 1 of these 8 haunted hotels this Halloween?
Southwest winter flash sale: Get one-way flights for as low as $29
You can currently buy points and miles with up to a 100% bonus — but should you?
Featured image by AFP/Getty Images