Articles
Katherine Fan is a former senior travel features reporter at The Points Guy who covered everything from personal finance to travel and aviation.
March 13, 2019
•
4 min read 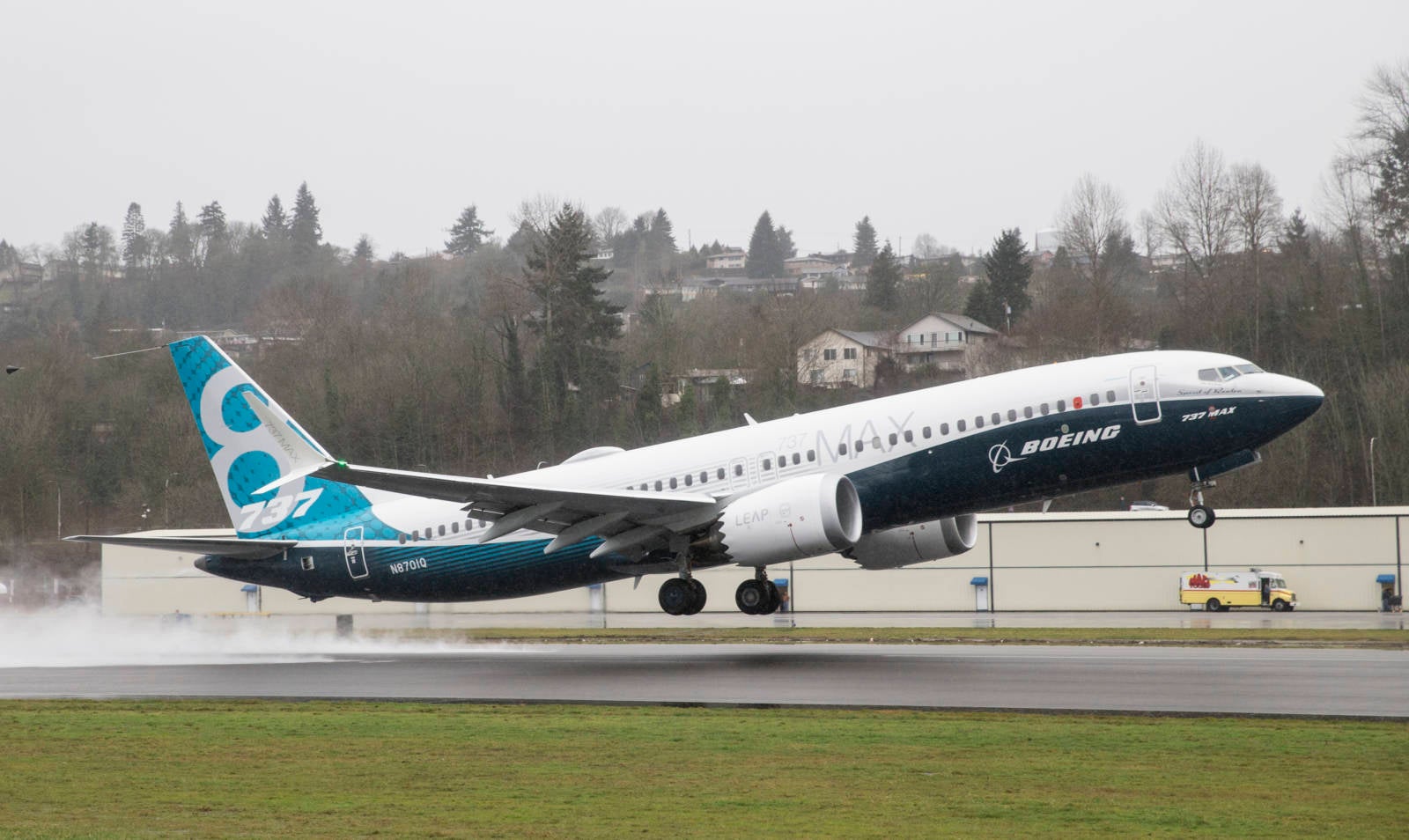 Boeing's CEO Personally Called Trump About the 737 MAX
This post contains references to products from one or more of our advertisers. We may receive compensation when you click on links to those products. Terms apply to the offers listed on this page. For an explanation of our Advertising Policy, visit this page.

Boeing CEO Dennis Muilenburg personally called President Donald Trump on Tuesday to guarantee the airworthiness of the Boeing 737 MAX, according to the New York Times.

The Times reported that Muilenburg and Trump were already scheduled to speak Monday after the president tweeted about aviation technology compromising passenger safety. “Airplanes are becoming far too complex to fly," Trump tweeted. "...The complexity creates danger."

As airlines and countries around the world scramble to ground the 737 MAX after two fata crashes in five months, the United States stands out in stark contrast as the only major aviation country still allowing 737 MAX aircraft to operate within their airspace. Canada, which had been holding out as well, announced Wednesday that MAXes would be banned in Canadian airspace, backtracking on a Tuesday statement to the contrary.

Boeing is under intense scrutiny following Sunday's fatal crash of Ethiopian Airlines Flight 302 minutes after takeoff, months after Lion Air Flight 610, also operated by a new MAX 8. Although investigations into both crashes are still underway, aviation experts have noted "striking similarities" between the incidents, leaving travelers and flight crew wary of a potential flaw in the aircraft's software design.

The Federal Aviation Administration is standing steadfast behind the US-designed aircraft. The FAA stated Monday that preliminary review of the Flight 302 crash "shows no systemic performance issues and provides no basis to order grounding the aircraft," although the agency said it "will not hesitate to take immediate and appropriate action” if a safety issue arises. Canadian transport minister Marc Garneau said Wednesday, however, that Canada is grounding the MAX, which is operated by both Air Canada and WestJet, the nation's two largest airlines.

Boeing also has spoken up in defense of its planes, even while announcing a software upgrade to the MAX jets, which the manufacturer said had already been in the works before Sunday's crash.

There are a couple of factors behind the FAA's seeming reticence. For one, the US aviation safety regulator historically hesitates to ground aircraft without evidence of design or manufacturing flaws. Indeed, the FAA has warned against drawing premature and arbitrary correlations between the Lion Air and Ethiopian Airlines incidents. Pilot training and experience is another differentiator; the FAA might consider US pilots to have better training and therefore better ability to cope with issues with the airplane.

One final consideration is a little bit more political. Boeing is the largest single exporter, by value, in the entire US economy. It has sold more than 5,000 MAX aircraft around the world, with an order book valued at half a trillion dollars. While there is no evident connection between Boeing's clout and FAA decisions, Boeing and the US government share "a very cozy relationship,” said Jim Hall, the former head of the National Transportation Safety Board (NTSB). “The manufacturer essentially becomes both the manufacturer and the regulator, because of the lack of the ability of government to do the job.”

Meanwhile, Ethiopian Airlines has requested foreign help recovering data from the two black-box recorders retrieved from Flight 302. The Wall Street Journal reported that while Ethiopia would prefer to send the recorders to a third-party evaluator, the United Kingdom's Air Accidents Investigative Branch, US air-safety investigators are fighting hard to have the recorders sent to the United States instead. Since Boeing is an American company, Ethiopian authorities are concerned US experts might sway or exert undue influence on the investigation. The Journal further stated that representatives from the NTSB as well as Ethiopian aviation officials will be present as the recorder data is downloaded, and each will have the opportunity to offer input as the official investigation reports are prepared.

“The United States should be leading the world in aviation safety,” John Samuelsen, president of the Transport Workers’ Union, told the Dallas Morning News. “And yet, because of the lust for profit in the American aviation, we’re still flying planes that dozens of other countries and airlines have now said need to be grounded.”