Articles
Katherine Fan is a former senior travel features reporter at The Points Guy who covered everything from personal finance to travel and aviation.
March 12, 2019
•
3 min read 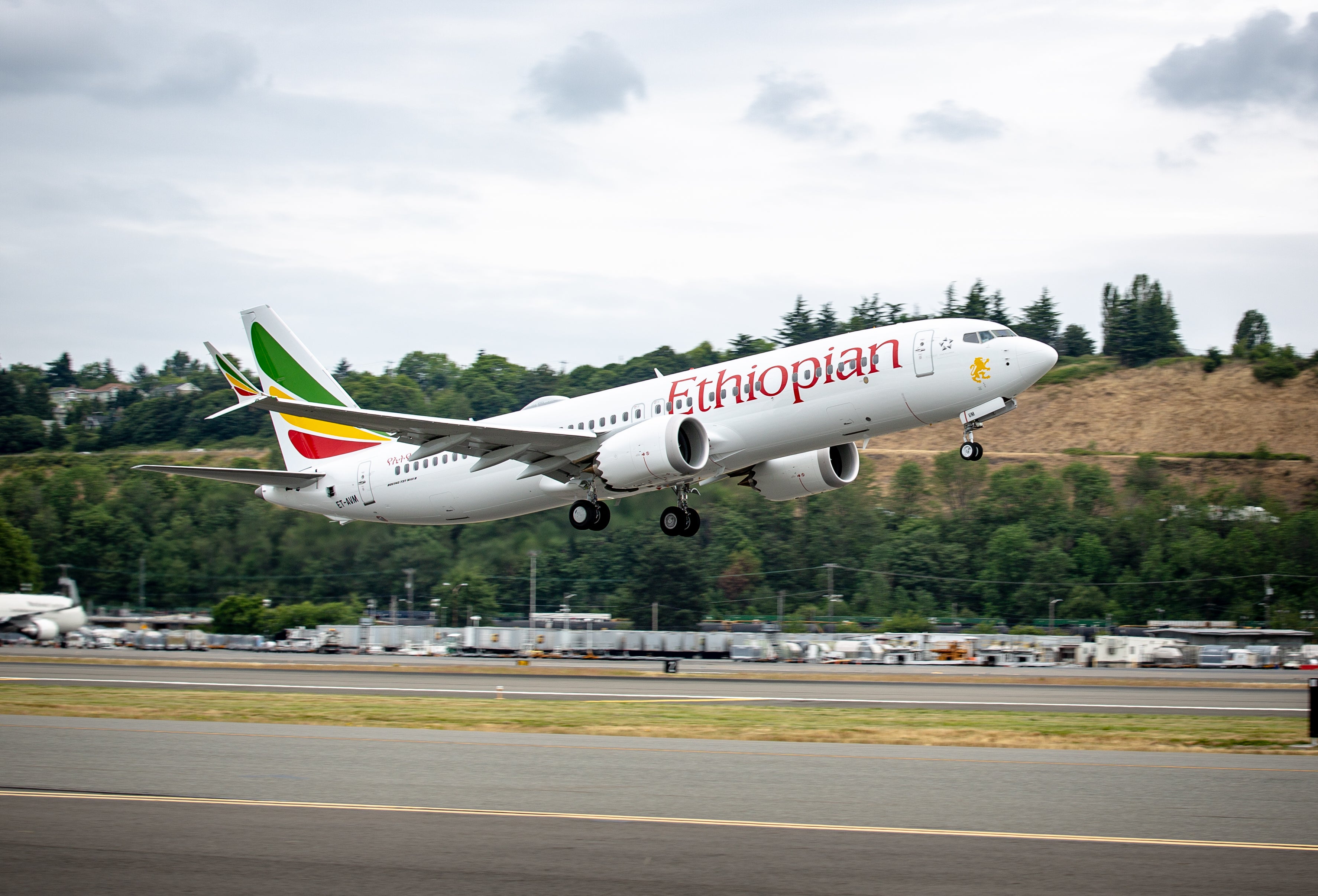 Boeing Announces 'Software Upgrade' for 737 MAX 8 Aircraft
This post contains references to products from one or more of our advertisers. We may receive compensation when you click on links to those products. Terms apply to the offers listed on this page. For an explanation of our Advertising Policy, visit this page.

Boeing announced a software upgrade for its Boeing 737 MAX 8 aircraft on Monday, mere days after the fatal crash of Ethiopian Airlines Flight 302, which was operated by a MAX 8.

Boeing's software upgrade announcement came just a few hours after the Federal Aviation Administration mandated "design changes" for the MAX 8, including updates for anti-stalling functionality and maneuverability. However, the FAA has not yet grounded the MAX 8, nor has the agency warned airlines against operating the aircraft as of the time of this post.

Based on a previous incident, some believe the MAX 8 may have a operational flaw in one of its automated functions. The aircraft was involved in a deadly crash just five months prior in October 2018, when Lion Air 610 crashed into the Java Sea 12 minutes after takeoff. The Lion Air plane was only a few months old, just like Ethiopian Airlines's aircraft from Sunday. Although the investigations for both crashes are still underway, early expert analysis has noted "striking similarities" between the two tragedies.

Boeing said the software upgrade had been in the works following the Lion Air crash, saying that the company had “been developing a flight control software enhancement for the 737 Max, designed to make an already safe aircraft even safer." Although Boeing did not reference the crash directly in the update announcement, the aircraft manufacturer expressed sympathy for the families of the 157 people who died in Sunday's plane crash.

"External reports are drawing similarities between this accident and the Lion Air Flight 610 accident on October 29, 2018," the FAA said in a statement. "However, this investigation has just begun and to date we have not been provided data to draw any conclusions or take any actions."

Meanwhile, more than 30% of the world's MAX planes have been grounded or outright banned from airspace in a few instances. As of the time of this post, the United Kingdom and Malaysia have banned the 737 MAX 8 from their airspaces altogether, while China, Singapore and Australia have forbidden airlines from flying the aircraft in or out of the country. Norwegian, GOL, SilkAir, China Southern, Cayman Airways, Air China and Lion Air have all grounded the 737 MAX 8s in their airline fleets.

On the flip side, a number of North American and European carriers maintain that their 737 MAX planes are airworthy, including American Airlines, Southwest Airlines, United Airlines, Air Canada, Norwegian and FlyDubai. At the same time flight crew have expressed concerns about flying on board the MAX aircraft.

Boeing's stock has plummeted in recent days, dropping Monday morning to $366 a share, down 13% from its Friday close, although the stock recovered slightly as the day progressed. Boeing stock is currently valued at $380.66 as of the time of this post.