TPG Readers Are Deserting the 737 MAX

Articles
Katherine Fan is a former senior travel features reporter at The Points Guy who covered everything from personal finance to travel and aviation.
March 13, 2019
•
7 min read 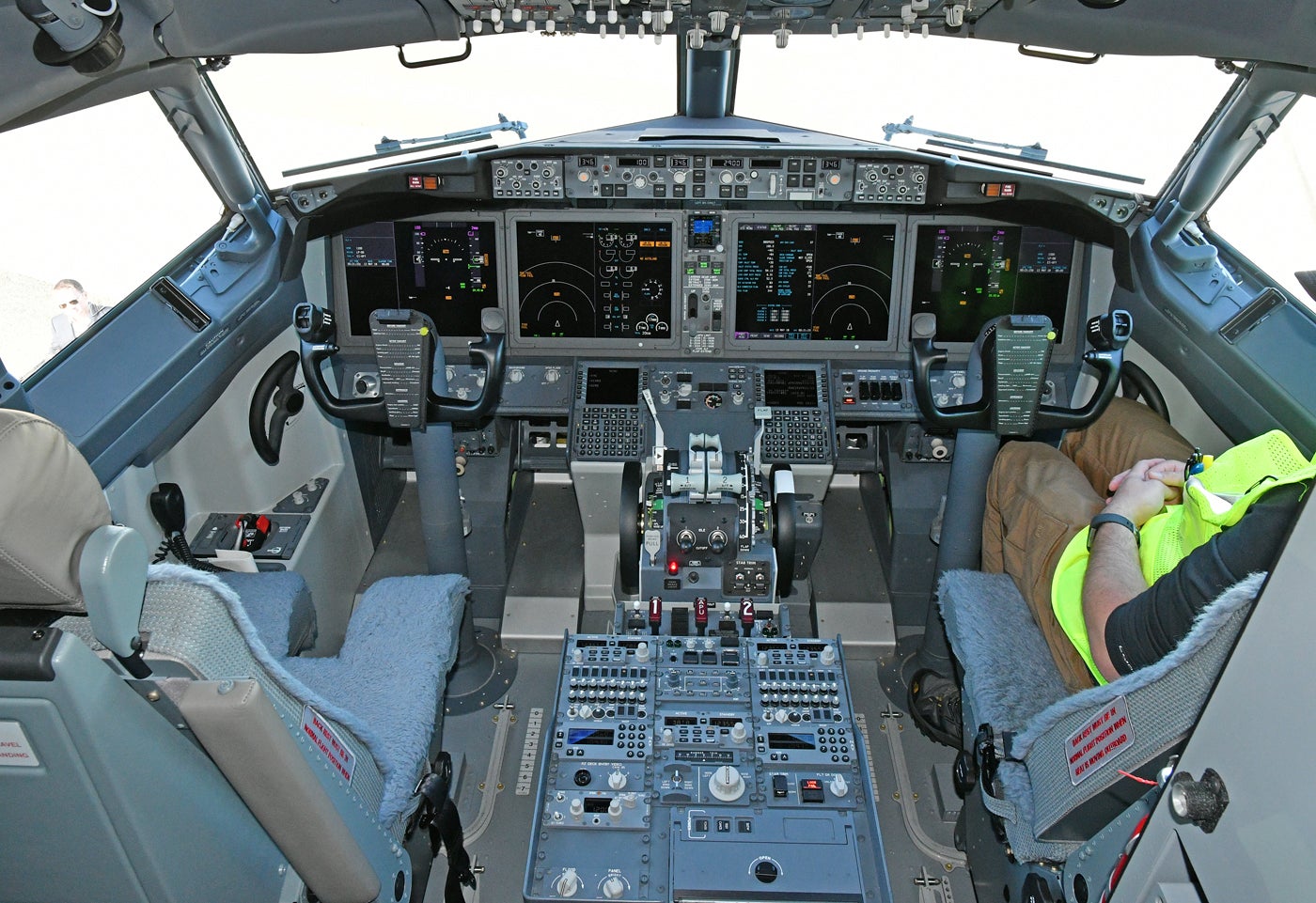 TPG Readers Are Deserting the 737 MAX
This post contains references to products from one or more of our advertisers. We may receive compensation when you click on links to those products. Terms apply to the offers listed on this page. For an explanation of our Advertising Policy, visit this page.

US authorities have opted not to ground the 737 MAX, while aviation regulators in Europe, China and elsewhere have banned the jets from their airspace as investigations of two fatal crashes within five months are underway. Several airlines and countries have rushed to action, and while aviation-safety experts urge caution, several airlines have quietly allowed travelers to change upcoming trips to flights operated by different airplanes.

We asked our readers what their plans were when it came to flying on the 737 MAX. The answers were clear: most would not.

More than 1,300 TPG Lounge members told us they are going out of their way to avoid this particular aircraft for now.

Lara Cartwright-Smith told TPG she just changed two of her flights this week, in light of the news. "[I] was scheduled to fly two [737 MAX-8 operated flights] in and out of Miami tomorrow. [I] switched to connection in Charlotte on Airbus. Maybe irrational, but I feel better."

Ronnie Watkins has not been on a MAX since last October 2018. "Since the first one, we make sure we are not on one of those planes," he said

Anthony Ingram-Westover told us, "I checked my next two upcoming flights last night to make sure neither was on a 737 MAX. I do feel it's premature to blame the aircraft, but while we wait for further information to come out, I put my safety and the safety of my family first."

Albert Hunt Jr. agreed, referencing an software update Boeing announced Tuesday to fix automated functionality that may have played a part in the Lion Air crash. "If pilots aren't aware how to use the new technology, they have to retrain before it will be safe to fly on them in my opinion," he said.

"Why take any unnecessary risks?" asked Jay Anderson. "Absolutely, they should ground all aircrafts until the cause can be determined."

"I double checked that none of our current flights this year are on that plane," said Kat Butler. "Luckily they are not, but I'd have paid to change. Two [crashed] flights (...) in five months is not a good ratio for me."

Eric Srikandan told us that "Until yesterday, I was hoping to get on a MAX in the near future. But now, [I'm] not so keen." Srikandan added, however, that he would "happily fly Ethiopian any time. Just not on [a] MAX [aircraft.]" (Indeed, Ethiopian Airlines historically has maintained an excellent safety record.)

Loraine Pott hasn't made any changes yet. But she told TPG she's wary. "I'm checking my upcoming flights and will make the final decision. Flight patterns the same on both — erratic climb and nose dive — weather not a factor in either [crash]: definitely sounds like an issue with the 737 MAX 8."

Dan Souw asked TPG, "Is there a difference between the 737-800 and the 737 MAX 8?" This is a great question, and one which many travelers do not know the answer to. Our JT Genter wrote a helpful guide for distinguishing between various 737 aircraft.

Some readers said they are fine flying on the aircraft, but booked flights on airlines that grounded the MAX 8. "I’m scheduled on the 737 Max with Cayman Airways in May," said Meryn Holt. "I would still fly it. Right now they’ve stopped their flights that are scheduled with that aircraft. I hope they’re just going to investigate the situation, give their pilots a little extra training, and call it a day. I don’t want my trip messed up!"

Lauren Rab Satt had her upcoming American Airlines flight canceled by the airline, she told TPG, where [the customer service] agent told her "It’s because [AA is] grounding the 737 MAX." After receiving an automated call and email with proposed rebooking, she called in to ask why the flight had been canceled in the first place. AA has not made any statement about grounding the plane, and flight-tracker sites showed AA MAXes flying regularly on Wednesday morning, as well as those with other airlines.

Other readers were unfazed.

"I'm flying a Southwest [MAX 8] in May, from Las Vegas to Houston Hobby," Brad Busse told TPG. "No change for me." Michael Bell is booked on a 737 MAX 9 flight on United from Houston to San Francisco in May. He is not changing plans.

Pascal Patin had stronger words. "Please stop the fear-mongering," he said. "There are around 300 737 MAXs in service, so they're probably operating over a thousand flights per day. Two accidents over the past year probably still makes them safer than driving to the airport in your car. We also know that the Lion Air crash was partially caused by bad maintenance and bad training. It's not like engines are blowing up or cargo doors are flying open mid-flight."

Cornell Sinclair voiced similar sentiments. "If I fly on a 737 MAX in the future, I would just ask the flight attendant if I can ask the pilot a question: 'Do you know how to override the anti-stall system if the Angle of Attack (sensor) feeds faulty information to the MCAS and cause the nose to lower during takeoff?' If the answer is yes, then I will take my seat and go to sleep like I oftentimes do on flights. If the answer is no, then I would still take my seat and call my children and my wife. I refuse to live my life in fear of dying, for we all are going to die someday." Sinclair was referencing a system that automatically lowers the nose if it thinks the airplane is in danger of losing lift. Its erroneous operation, without the pilots knowing that the system was even installed, may have played a large part in the Lion Air crash.

Meanwhile, a decent number of readers took the opportunity to dump on the MAX 8 from a customer experience standpoint. Our reviews of the airplane have highlighted its cramped confines, especially the bathrooms. "I would [ask to change my flight] anyway, just to avoid the bathrooms," said Jeremy Christiansen.

David Katz agreed. "Seems like an awful plane to fly on even if it worked perfectly," he wrote. "But this is too many issues in too short a period of time to feel comfortable. I personally will be avoiding flying this aircraft until it establishes a record of safety and security."

Leigh O'Donnell's personal reasons for avoiding the MAX 8 have nothing to do with safety. "I reserve judgment until there is more info," she told TPG. "However, I do not like that plane. It’s is the most uncomfortable plane I have ever flown on. The seats are like torture devices. So, yes, I’ll avoid it, but for those reasons."

"I’ve flown [the MAX 8] before, but I would not going forward," Ricardo Ramirez said. "Besides, American [Airlines] has ruined [the plane] with its configuration." The MAX 8 is the same size as the previous 737-800 model, but it has 172 seats, as opposed to 160 on the older jet.

Our points-obsessed staff uses a plethora of credit cards on a daily basis. If anyone on our team wouldn’t recommend it to a friend or a family member, we wouldn’t recommend it on The Points Guy either. Our opinions are our own, and have not been reviewed, approved, or endorsed by our advertising partners.
See all best card offers
Related stories
Guide
These are the 15 best spring break destinations to visit this year
News
Southwest Airlines offers expanded family boarding ages on some flights
News
You can now use Aeroplan points for Emirates first class, but it isn't cheap
Guide
Credit card fraud: How to spot and report it