Articles
Alberto Riva Alberto runs our flight reviews and oversees special projects across several verticals. Previously, he was the managing editor of Vice News and worked at Bloomberg and CNN, where he was constantly trying to convince people to do more stories about airplanes. He speaks Italian, French and Spanish and one day he’ll be better at German.
Follow
March 12, 2019
•
6 min read 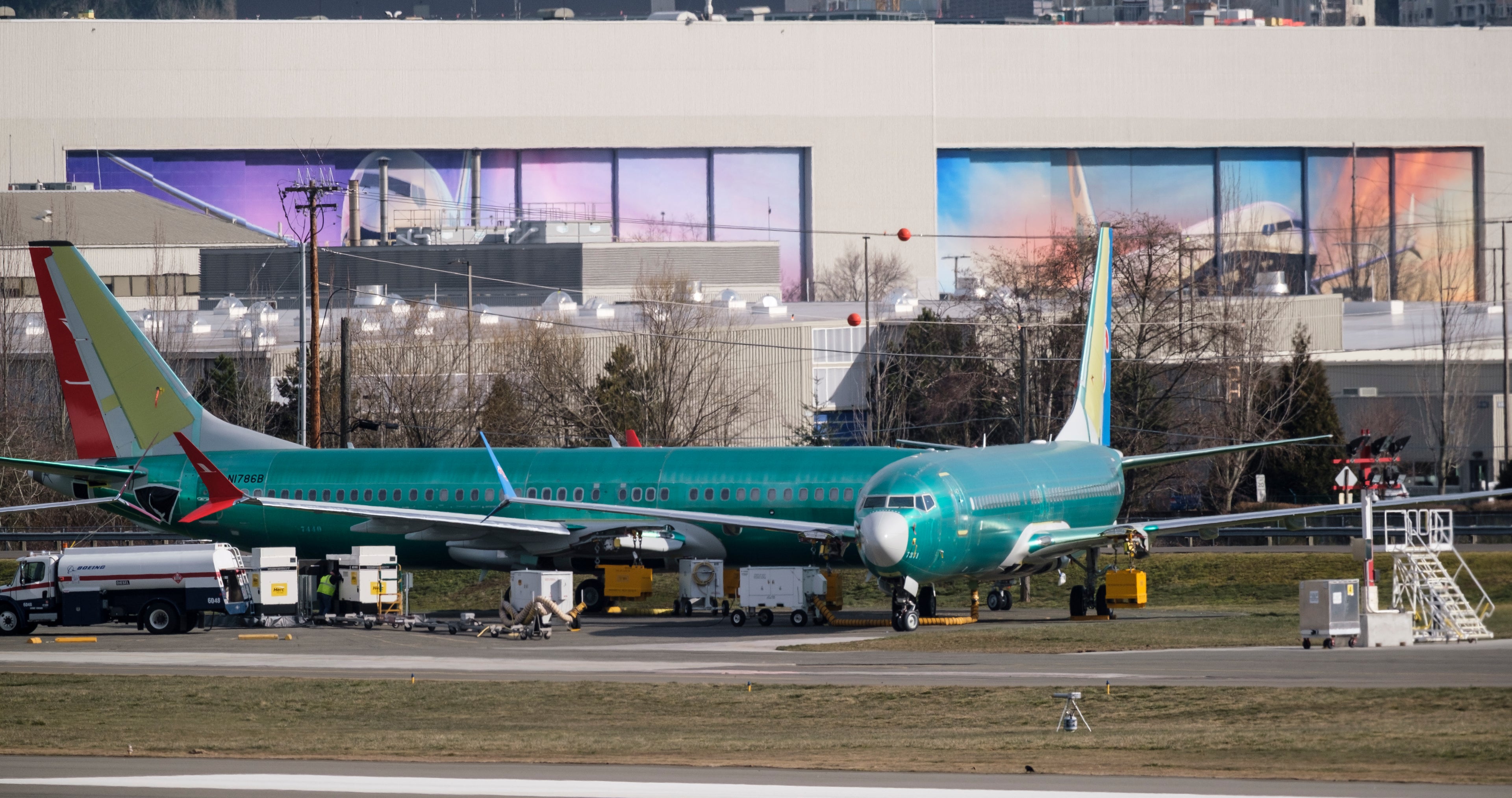 FAA Doubles Down on 737 MAX's Safety — Here's How a Grounding Would Affect US Flyers
This post contains references to products from one or more of our advertisers. We may receive compensation when you click on links to those products. Terms apply to the offers listed on this page. For an explanation of our Advertising Policy, visit this page.

The Federal Aviation Administration made a bold move on Tuesday night, reaffirming its faith in the Boeing 737 MAX and its safety even as aviation authorities all over the world decided to ground the 737 MAX, or even ban it outright from their airspace, in the wake of two fatal accidents.

"Our review shows no systemic performance issues and provides no basis to order grounding of the aircraft," the FAA said in a statement by acting administrator Daniel K. Elwell. The agency said it is conducting an "urgent review of data on the Ethiopian Airlines Flight 302 crash" and would take "immediate and appropriate action" if it identifies any issues with the airworthiness of the most widely sold jetliner in the world.

If the FAA decided to ground the Boeing 737 MAX, US airlines would lose more than 350,000 seats for every week, according to TPG calculations.

Airlines would be able to adjust their schedules, but might be hurt financially if the grounding puts people off flying as the year's busiest travel season nears. That's according to analysts at Cowen & Co. who follow the airline industry.

So far, however, the US aviation regulator is doing nothing of the sort. The European Union became the latest to ban the Boeing jetliner on Tuesday, issuing a directive that grounds all MAX jets in the 28 member nations and forbids them from entering their airspace. US regulators, as well as Canada's, are the lone holdouts among the world's major aviation nations not to take action in the wake of two deadly accidents involving the new Boeing jetliner.

A grounding by the FAA would affect 72 Boeing 737 MAX jets in service with US airlines, and would also have a bearing on those with Canada-based airlines, which are often employed on routes serving the US or overflying US territory.

Southwest has 34 MAX 8s, American Airlines has 24, and United has 14 of the larger MAX 9; in Canada, Air Canada operates 24 and WestJet 13 MAX 8s, according to planespotters.com.

By sheer numbers of flights and airplanes put out of action, Southwest would be the most affected by a grounding. Unlike other major airlines, it operates a network relying on point-to-point flights more than connections through a large hub; accordingly, its MAXes serve more airports than the other US airlines'. Most Southwest MAXes operate from Baltimore, Dallas - Love Field, Houston - Hobby, and Denver, according to Kaplan.

American flies all of its MAXes out of Miami, with the exception of a daily flight from Washington's National airport to Los Angeles. The most affected route would be between Miami and New York's La Guardia airport, where the MAX does 56 flights a week. A grounding would take almost 10,000 seats a week out of the market; on the Miami to Boston route, about 5,000 seats would disappear.

United flyers would face the most disruptions in Los Angeles, where United operates 50 flights a week out of LAX with the plane, and Houston, where George Bush Intercontinental is served by 98 MAX flights a week, Kaplan said.

A Tuesday update from Cowen & Co. analysts helped put in context just how much US airlines are exposed to a MAX grounding. Southwest relies on it the most in terms of passenger capacity. Almost 8 percent of its available seat-miles, a measure of overall capacity in an airline's network, are on the 737 MAX; in comparison, United uses the MAX for only 1.6 percent of its capacity.

Still, analysts at Cowen said that none of the big US airlines that operate the MAX would find themselves especially in trouble, in operational terms, if the planes were grounded.

"Given the size of the American, United and Southwest fleets we expect those companies to have little issues adjusting schedules and backfilling aircraft with the B737-800s," their report said. Passengers would mostly be spared inconvenience since the airlines could "potentially keep older aircraft in service longer and / or cut short unnecessary retrofitting of aircraft to alleviate stress on the network in the near-term." (The 737-800, a previous model that's the same size as the MAX 8, the most common MAX version, is used by all operators of the MAX in the US.)

However, they also said that a bigger concern is "related to changes in future bookings as a result of the tragedy," especially since a grounding might come at "an important time for the airlines as we head into the peak travel season." However, "if bookings were to weaken it would likely be temporary given the relatively small size" of the MAX fleet.

For Boeing, the issue may be more serious.

The company currently has about 5,000 oustanding orders for 737 MAX airplanes of all models (they come in four increasing sizes: MAX 7, 8, 9 and 10.) According to Boeing's list prices, that would be a total of more than $600 billion in orders. Even factoring in the discounts that airplane buyers get for large orders, it's still something like a half-trillion-dollar order book. A prolonged grounding might jeopardize that enormous stream of revenue.

Worrying signs of customer dissatisfaction are already visible. Lion Air, the operator of the MAX that crashed in October, may cancel its order for 200 more and buy the rival Airbus product instead, according to Bloomberg News. That alone would cost Boeing $22 billion.

Granted, commercial airplanes have been grounded before. Most recently, Boeing's own Dreamliner, the 787, was grounded for three months in 2013 by mandate of the FAA, as the company scrambled to fix the batteries' tendency to catch fire. Boeing's engineers found a solution, the 787 took to the air again, and six years later it's an immensely successful airplane, with a spotless safety record.

A grounding need not be a capital sentence for an airplane. And it's important to note that a grounding would affect only the 737 MAX, not the thousands of 737s of previous models flying all over the world.

This story has been edited with the correct number of seats that would be lost each week in the US with a grounding of the 737 MAX.