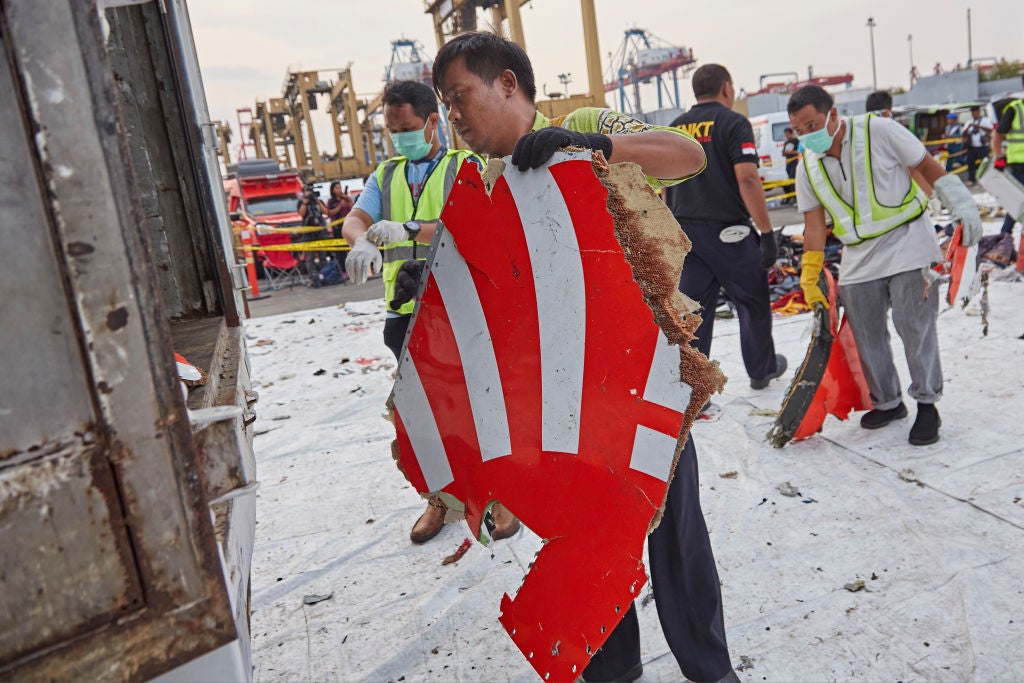 It's been two days since airplane manufacturer Boeing issued a safety warning for its 737 MAX aircraft — the plane involved in the deadly Lion Air crash in Indonesia, which killed all 189 people on board. Aviation experts are still parsing what the alert means for the popular new generation of workhorse aircraft and the consequences for pilots across the globe.

The bulletin came on the heels of investigators' discovery that one of the the 2-month-old plane's Angle of Attack (AOA) sensors played a role in its sudden nosedive into the Java Sea just 13 minutes after takeoff. Officials think the sensors might have been reporting faulty information, which could cause the plane's system to react by automatically pushing the nose of the aircraft downward if its Angle of Attack sensor detects that a stall is possible.

As TPG's Emily McNutt reported, the Angle of Attack is the angle at which air passes over the wings, and a stall is what happens when the flow of air over the wings is not enough to generate sufficient lift to keep an airplane flying. Pushing the nose down increases the airspeed, or the speed of the plane relative to the surrounding air, which produces more lift.

The deputy chief of Indonesia’s National Transportation Safety Committee, Haryo Satmiko, told the New York Times that he discussed the idea with Boeing representatives that these errant data readings on the Angle of Attack could trigger the aircraft computer system to enter a sudden, automatic descent.

Boeing's safety bulletin was given extra regulatory clout by an emergency airworthiness directive issued from the Federal Aviation Administration. The FAA's directive said that erroneous data from the Angle of Attack sensor could make "the aircraft difficult to control" and cause sudden and significant altitude loss and could lead to "possible impact with the terrain."

What is Boeing and the FAA's solution to these issues? Essentially telling pilots to react better.

What Boeing's Bulletin and the FAA Directive Advise

Boeing's safety alert reminded operators of the 737 MAX aircraft that the plane's manual explains how pilots should react to erroneous data from aircraft sensors and instruments. Similarly, the FAA emergency directive said airlines should amend flight manual procedures for pilots to respond to a plane reacting to errant data.

The only issue with these advisories is that they assume pilots will have the time and expertise to diagnose the aircraft issue and know how to fix it before it's too late, aviation expert and author of "The Crash Detectives" Christine Negroni tells TPG.

"In the bulletin itself, Boeing makes it clear there is going to be a lot going on pilots have to deal with, and pilots won’t get a message that the system is taking over," Negroni said in an interview. "In [the Lion Air] case, the plane goes into a nose down, the pilot fairly quickly has to realize it is in nose down," and correct the problem, she says. "It's a lot of stuff to do quickly, assuming you recognize the problem."

According to Negroni, pilots need time to interpret what the system is telling them and solve the problem. "No one is off the dime, problem to solution," she says. "You need response time to figure out what’s wrong."

Further complicating the Lion Air Flight 610 crash is the fact that these issues began during takeoff and continued at a low altitude of no more than 5,000 feet, giving the Lion Air pilots even less time to fix the issues. "They were at 5,000 feet, but they were fighting it all the way up," Negroni says, noting that takeoff means an already-high workload for the pilots even without the confusion from the sensors.

Analyzing data from the plane's black box, investigators believe that both the jet's airspeed indicator in addition to its AOA sensor contributed to pilots' misinformation on the flight deck. The black box shows that on the aircraft's final four flights, it had similar problems with malfunctioning airspeed instruments.

After the flight before it had similar stalling issues, Bali Airport technicians followed Boeing's troubleshooting manual and installed a brand new AOA sensor on the 737 MAX 8 just before the fatal flight, and it was deemed ready to fly, the Times reports. The Chairman of Indonesia's National Transportation Safety Committee, Soerjanto Tjahjono, says that the airspeed indicator and AOA sensor problems are linked.

"The point is that after the AOA (sensor) is replaced, the problem is not solved but the problem might even increase. Is this fatal? NTSC wants to explore this," Tjahjono said, according to USA Today.

Indonesian regulators have been interviewing the maintenance technicians who worked to repair the doomed plane's airspeed indicators and cleared the jet for its fatal flight, the Times says. Based on those interviews and other discussions with aviation experts, the investigators have concluded that Boeing's manual on how to react to a malfunctioning airspeed indicator contains insufficient information, Haryo, the NTSC deputy chief told the Times.

In the wake of Boeing's bulletin, the two US carriers that have the 737 MAX 8 in their fleets — American and Southwest — said they would continue to fly the planes. (United operates the 737 MAX 9 and will take delivery of its first 737 MAX 10 in 2020.)

"Our existing 737 MAX 8 operating procedures address the scenarios described in the bulletin," Southwest said about its 26 MAX 8 jets, according to CBS. "To underscore our commitment to safety, Southwest is issuing communication to highlight the existing procedures to Southwest pilots that operate our 737 MAX 8 fleet."

Pilots are trained to react to unknown situations in simulators and in flight school. But sometimes pilots, especially new ones, fail to recognize what the flight deck information is telling them, especially as newer aircraft become more and more automated, Negroni says.

When the pilots saw the errant data on the aircraft flight instruments, "it's possible the Lion Air pilots thought 'This is a brand new airplane; this is Boeing; It’s right, we’re wrong,'" she says.

Negroni predicts these types of incidents will not be put to an end with more pilot training. For her, 21st Century aviation safety is in this nexus of how the human pilot interacts with the aircraft computer system. "Pilots aren’t flying planes as much as they are monitoring computer systems," she says.

"We are in a hugely important time in aviation," she notes. "As pilots are ceding more control to the computer, we will see more of these types of accidents."