The FAA Just Grounded Every 737 MAX in the US

Articles
Alberto Riva Alberto runs our flight reviews and oversees special projects across several verticals. Previously, he was the managing editor of Vice News and worked at Bloomberg and CNN, where he was constantly trying to convince people to do more stories about airplanes. He speaks Italian, French and Spanish and one day he’ll be better at German.
Follow
March 13, 2019
•
4 min read 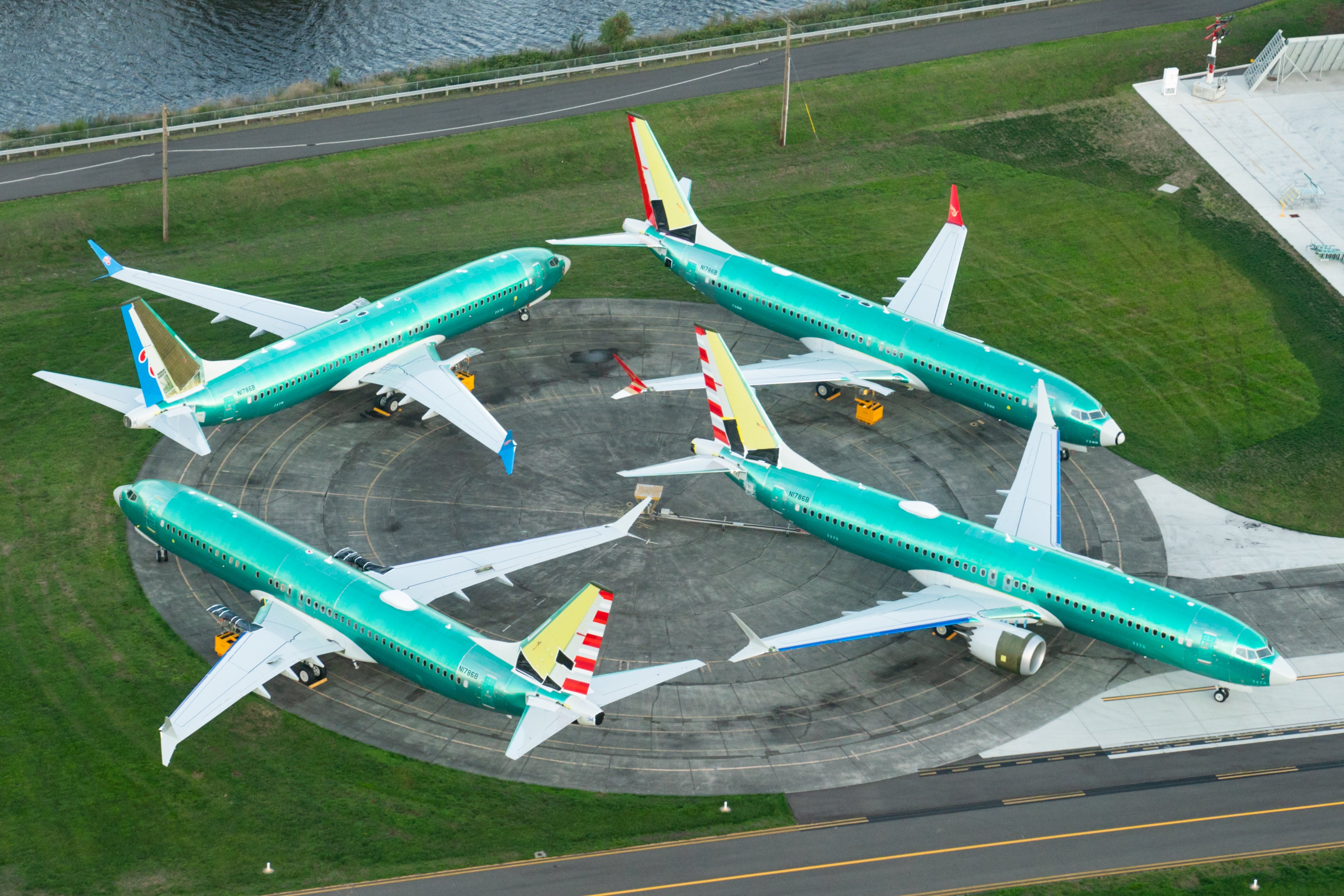 The FAA Just Grounded Every 737 MAX in the US
This post contains references to products from one or more of our advertisers. We may receive compensation when you click on links to those products. Terms apply to the offers listed on this page. For an explanation of our Advertising Policy, visit this page.

In a reversal from what they had said as recently as Tuesday night, US aviation regulators have just grounded all Boeing 737 MAX airplanes. On Wednesday, President Donald Trump announced that "all of those planes are grounded effective immediately," according to several White House correspondents.

Any aircraft currently in the air will reach its destination, the president said.

The US grounding effectively stops all 737 MAX operations worldwide, and affects both the MAX 8 and the larger MAX 9 models.

This decision follows closely the announcement by the Canadian transport minister that MAXes would be grounded there, leaving the US as the only major player in commercial aviation that had banned from its airspace, or at least grounded, the Boeing 737 MAX.

"Earlier today the Federal Aviation Administration (FAA) informed us that based on new information, they are grounding the United States Boeing 737 MAX fleet out of an abundance of caution," American Airlines, the second-biggest operator of the 737 MAX in the US, said in a statement. " The largest airline in the world said that "our teams will be working to rebook customers as quickly as possible."

According to analysts at Cowen & Co. who follow the airline industry, airlines will be able to adjust their schedules to accommodate the loss of 737 MAXes, which at this time has no end date. They might, however, be hurt financially, as the grounding happens just when the year’s busiest travel season is nearing.

The airports most affected by the grounding in terms of daily flights are Miami and New York - LaGuardia, with 56 flights a week linking the two on American Airlines. Without those flights, American loses almost 10,000 seats a week that it will need to make up for. Most Southwest MAXes operate from Baltimore, Dallas – Love Field, Houston – Hobby, and Denver; United flyers would face the most disruptions at Houston - IAH, with 98 flights a week, and Los Angeles with 50.

Boeing issued a statement immediately after Trump announced the decision, saying "we are supporting this proactive step out of an abundance of caution." The company said that it had even recommended the move itself.

"Boeing continues to have full confidence in the safety of the 737 MAX," the statement said. "However, after consultation with the US Federal Aviation Administration (FAA), the US National Transportation Safety Board (NTSB), and aviation authorities and its customers around the world, Boeing has determined -- out of an abundance of caution and in order to reassure the flying public of the aircraft’s safety -- to recommend to the FAA the temporary suspension of operations of the entire global fleet of 371 737 MAX aircraft."

CEO Dennis Muilenburg, who only the previous day had been on the phone with the president to persuade him that the 737 MAX was safe, expressed condolences for the two accidents that led to the grounding. A 737 MAX 8 crashed Sunday in Ethiopia, in an accident that shared similarities with the crash five months earlier of a MAX 8 in Indonesia. The two crashes killed more than 300 people.

The grounding was welcomed by the Air Line Pilots Association (ALPA), the biggest pilots' union, which said it "supports the decision by the Federal Aviation Administration and Transport Canada to ground the Boeing 737 MAX."

The 737 MAX is the latest variant of the best-selling jetliner ever, with more than 5,000 in the order book. Those orders are valued about $500 billion, representing an enormous stream of future revenue for Boeing. The last time a jetliner was grounded worldwide was in 2013, when the tendency of batteries to catch fire led to a grounding of all Boeing 787s. That halt lasted three months and ended when Boeing introduced a fix.

In the case of the 737 MAX, investigations into both accidents are still ongoing, but early signs point to a possible involvement of a system called MCAS,

This is a developing story. Check back for updates.

For more coverage of aviation, subscribe to The Points Guy's daily newsletter, delivered to your inbox every morning.