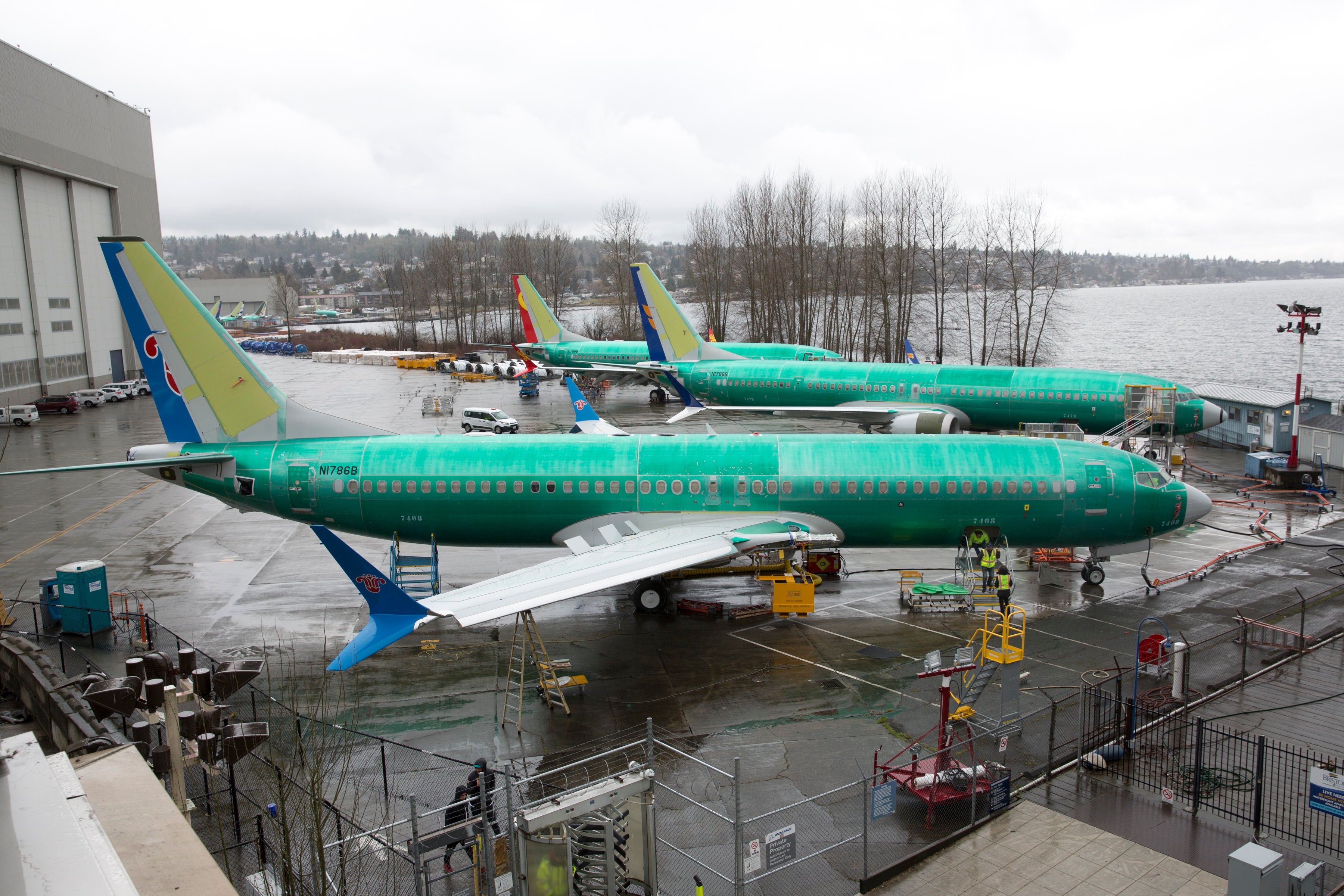 As the 371 Boeing 737 MAX airplanes in service worldwide are grounded in the wake of two deadly crashes, Boeing is almost certain to face a lengthy legal morass that threatens to lay bare its manufacturing secrets and problem-solving practices.

"Ultimately, it's down to whether Boeing could be sued, and yes, they can be sued," said S.V. Dedmon, associate professor of the aeronautical science department at Embry-Riddle Aeronautical University and chairman of the aviation-law committee for the Florida Bar Association.

Indeed, Norwegian Air has already declared that it will demand compensation from Boeing for its grounded fleet of 737 MAXes and lost fares, meaning that a lawsuit is all but certain unless Boeing simply gives in, which is unlikely. Other airlines are widely expected to follow Norwegian's lead.

So, with court battles all but assured in their future (and likely in the US, which is not only home to Boeing but viewed as friendlier to plaintiffs and more likely to pay off in large payouts), Boeing and its client airlines are likely already frantically preparing their legal arsenals. That will play a huge role in determining how much the aircraft manufacturer will ultimately be on the hook for — or whether it might even come out of the debacle scot-free.

The key point of contention will be whether Boeing did its due diligence in keeping its planes safe. That includes rolling out an airworthy vessel, but also making sure it and its clients were up to date on needed improvements, upgrades and revised standards.

"The easiest thing to relate it to is your car," Dedmon said. "If the airbag's been found to be bad, the manufacturer issues a notice to the buyers, you take it to the dealer, and they get it fixed. Things of that nature happen in aviation as well, like a repair that went out at a certain time, or inspections to have to be done within certain flight hours — those things aren't routine in aviation, and there's nothing abnormal in any form with that."

Where the parties are likely to disagree in court, however, is whether the airline or Boeing or a third party didn't do the best reasonable job of making sure everyone who needed to know was kept abreast of vital updates. Every scrap of data, every communication and even internal memos will become fodder for lawyers on both sides trying to prove that Boeing did or didn't do everything in its power to keep its MAXes up to the latest safety standards.

What the plaintiffs' lawyer will particularly be keeping an eye out for — but are unlikely to find, in this day and age — is a "smoking gun" document that's proof that Boeing knew about a dangerous fault in the 737 MAX and covered it up. That's what happened with the Ford Pinto, which notoriously exploded into flames in relatively minor collisions.

If such a smoking gun were to be uncovered, it would be a whole new ballgame. Boeing executives would be facing criminal charges for fraud, among other things, as well as significantly more punitive civil damages. Company officials would be facing potential prison time.

But Dedmon said no one expects or should expect that to happen with the Boeing 737 MAX.

"Smoking guns don't come along very often now, because when these events happen, everyone learns to be upfront," he said.

Instead, expect airlines to argue that Boeing sold them a defective product and didn't do enough quickly enough to remedy the issue before their businesses were hurt by the MAXes they bought.

What Will Boeing Argue?

Boeing, besides defending its handling of whatever faults are found in the MAX in a reasonably fast and thorough manner — after all, Boeing said Wednesday that it urged the Federal Aviation Administration to suspend all 737 MAX operations around the world — could try to argue that another party is to blame, possibly a co-defendant. (And expect a long list of co-defendants, including nearly everyone who had anything to do with putting the plane together, at least in the early phases of a trial.)

For example, if a third-party company developed flight software that is found responsible for the Lion Air and Ethiopia Airlines crashes, and if Boeing convinces a judge or jury that it did everything in its power to test the software was safe when it went into its planes and distributed updates to airlines as needed, then it could only be found minimally responsible in the lawsuits.

"To what degree of responsibility is Boeing involved?" Dedmon said. "The plaintiffs can name a bazillion defendants, but Boeing could be found to have done their due diligence to warn everybody, and if they did, on a timely basis, them they could be found not responsible."

Boeing could also reflect the blame back on the airlines themselves. If they can use the evidence they've gathered to persuade the court that it was the airlines who weren't punctilious in following Boeing's safety updates, then the manufacturer might not get fined at all. Even if neither the airline nor Boeing is found at fault, the manufacturer might argue that it was the airlines' (or their governments') fault for grounding airplanes, and that since they made that call, they have to live with the costs.

In fact, Boeing could even try to pursue legal action against airlines that cancel their orders of 737 MAXes, arguing that they're reneging on contracts to buy perfectly safe planes (with the proper upgrades) — though much of that would be covered by the fine print in Boeing's agreements with each individual airline, Dedmon said.

How Much Would Boeing Have to Pay?

Boeing could be on the hook for enough to bankrupt a small country — but it the Chicago-based company were found not to bear any responsibility for the issues with the 737 MAX, then it could have to pay nothing, though whoever is found to be at fault would still be liable, of course.

If Boeing were found liable, then the court would have to decide the appropriate award Boeing would have to pay out to the airlines — enough to compensate the plaintiff for the damage to its business from lost fares, sunk costs in the defective aircraft, etc.

If, in the least likely but most sensational possibility, Boeing officials are found to have actively covered up a problem with the aircraft in what amounts to a crime, then the plaintiffs would probably be awarded not just compensatory damages but punitive damages — typically three times the amount of the compensatory damages.

None of this, however, addresses the likely wrongful-death lawsuits from the families of the passengers who perished in the 737 MAX crashes. In those cases, the airlines and Boeing will probably be sitting on the same side of the courtroom — as co-defendants.

But Dedmon stressed that, as the 737 MAX crisis is still unfolding, it's still hard to speculate where things will go, in the courtroom or outside it.