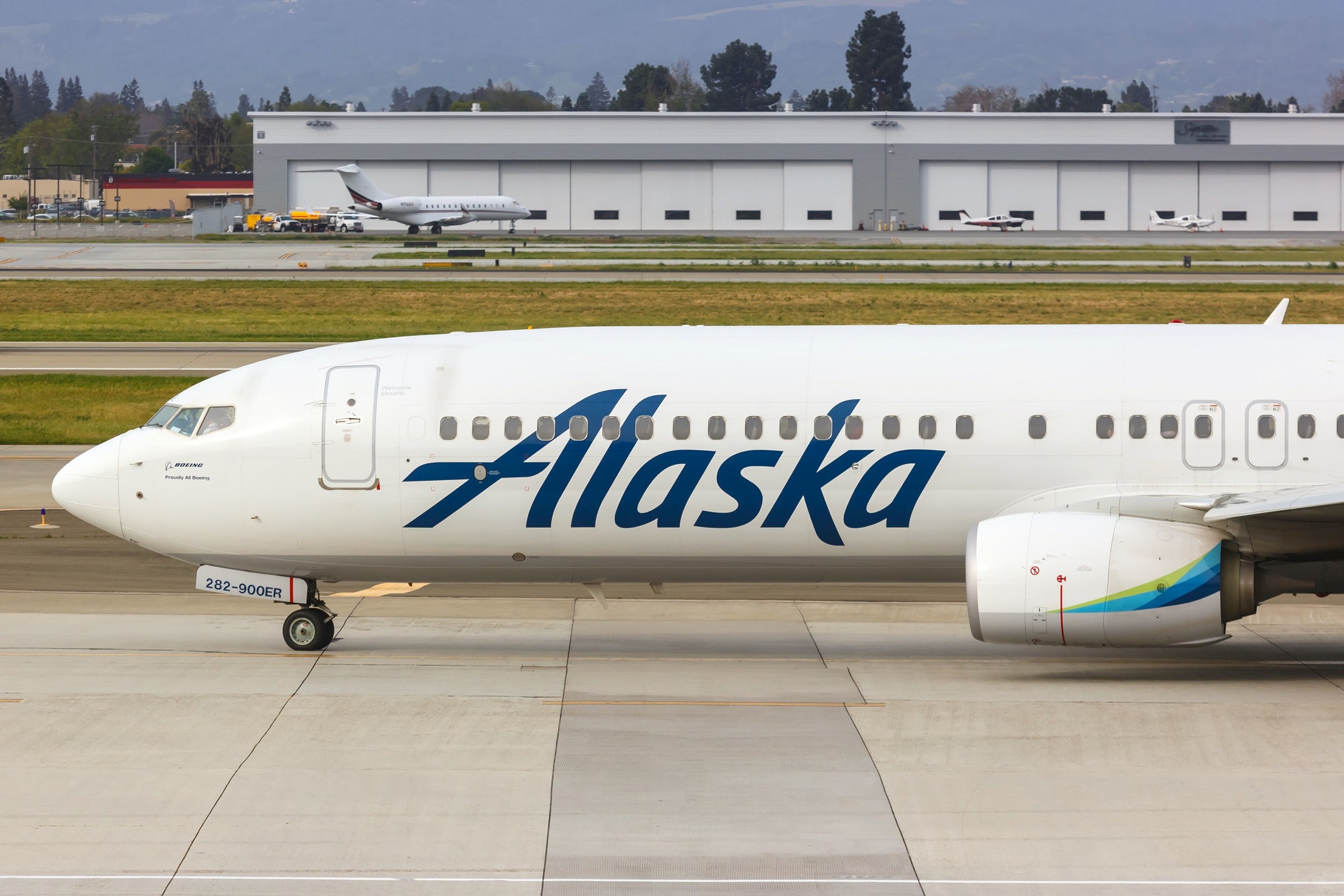 It likely hasn’t garnered the attention it deserves because Alaska remains relatively small compared to the legacy giants like American, Delta and United. Its route network, while robust on the West Coast, is more sparse for the rest of the country. Additionally, its international operations are somewhat limited.

But even with its smaller size compared to some other U.S. airlines, it packs a mighty punch.

Although it boasted over a dozen phenomenal airline partners – including Cathay Pacific and Singapore Airlines – Alaska remained aloof from the three main airline alliances for years. However, it finally joined Oneworld in March 2021. That cemented its relationship with American Airlines, but Alaska has also lost a major non-alliance partner in Emirates since then.

Despite those historical limitations and more recent shifts, Alaska Airlines has managed to build Mileage Plan into one of the best frequent-flyer programs in the world.

Its redeemable award miles are significantly more valuable than most other airline currencies and its elite status is relatively easy to earn, with generous bonuses for flying premium cabins on partners. The program continues to post some of the most reasonable award redemption charts in the industry, too, with sweet spots like flying to Asia on Cathay Pacific for a mere 50,000 miles each way in business class and 70,0000 miles in first class. That's peanuts compared to what American Airlines AAdvantage requires.

Given all recent developments and Alaska Airlines’ entry into Oneworld, its Mileage Plan stands either on the precipice of true greatness ... or is at risk of a potential catastrophic devaluation.

Here are the things the program needs to do to maintain its place as (what I would argue to be) the best frequent flyer program around.

One of the best ways the program can "improve" is actually by not changing much at all.

The most significant trend we have witnessed in frequent flyer programs over the past decade has been a cascade of devaluations that largely began with Delta, followed by United and American, and has since spread to international programs such as Air France-KLM Flying Blue and Lufthansa Miles & More.

We’ve even speculated that American AAdvantage is due for another major devaluation as it hasn't gone as far down the variable pricing model as the other major U.S. carriers. Our eyes are always on United and Delta, too, given the staggering number of miles they sold to their respective cobranded credit card issuers to help them stay afloat during the pandemic.

Although Alaska Airlines has raised the prices of some award tickets in recent years, the airline has mostly kept its distance- rather than spending-based mileage-earning formula intact and maintained relatively low, stable award redemption rates ... for the time being.

The more it stays stable while the other programs devalue, the better it looks in comparisson.

However, as Alaska and American gravitate into a closer relationship and Alaska begins to open up award options on all its new Oneworld partners, there is the chance it will raise some of its prices to match those of its partners. Here’s hoping it doesn’t go revenue-based like other airlines, and that its award prices don’t skyrocket to the levels American AAdvantage now has in place for some premium partner awards any time soon.

Or if it has to one day do that, hopefully, it's not before many of us can book old favorites like Fiji Airways business class to the South Pacific (including Fiji and Australia) for 55,000 Alaska miles each way compared to 80,000 with AAdvantage; or the aforementioned Cathay Pacific first-class award between the U.S. and Asia for 70,000 Mileage Plan miles compared to 110,000 AAdvantage miles.

Alaska joining Oneworld was a significant development, as it brought more airline partners into the mix. More interesting, though, is the fact that Alaska managed to hang onto many of its previous non-Oneworld partners, including Icelandair, Korean Air, LATAM and Singapore Airlines.

While it’s probably to be expected that Alaska will drop a few of these, just as the airline ended its long-time relationship with Emirates in July, fingers crossed it will maintain its reciprocal mileage earning and redemption with at least some of them as it makes it unique.

Personally, I’d like to see the link-ups with Icelandair and Singapore Airlines thrive, and the continued opportunity to earn miles on El Al, but only time will tell if this will be the case. Losing these partners would make a significant dent in Alaska Mileage Plan’s versatility and usefulness, though.

Alaska officially joined the Oneworld alliance on March 31. Unfortunately, it’s been slow to integrate awards on new Oneworld carriers (those that weren't already partners) into the Mileage Plan program. For instance, you still can’t book Iberia awards through Alaska, nor those on Royal Air Maroc, Royal Jordanian, S7 or SriLankan Airlines.

This might be a largely moot point for the time being given COVID-19-related travel restrictions and route map reductions, but at some point, it needs to get up to speed with a Oneworld award interface so that members can start redeeming their miles in more ways. The good news, for now, is that the earning structure seems to be in place so that no flights will go uncredited.

And while this is where things get riskier regarding a potential devaluation, but Mileage Plan should also attempt to consolidate its award charts. Right now, it posts individual charts for each airline between select regions. In some cases, you can't use Alaska miles at all on a given route, even if there's service by a partner. (More on that later.)

This hodgepodge approach can make it confusing to price out flights — much more so than other Oneworld airlines. Alaska needs to come up with standard award levels for its Oneworld partners at least.

Admittedly, this could be a mixed bag, though, because it might mean that all awards go up in price, so file this under: Be careful what you wish for.

One of the other major downsides of trying to book awards with Alaska Airlines miles is that, of the partners that are already bookable using miles, some are still not searchable on the airline’s website.

For instance, if you want to redeem your miles for a Cathay Pacific flight, you’ll have to search on American Airlines’ or British Airways’ sites for the dates and routes you want and then call Alaska to book using Mileage Plan miles (and pay a pesky $12.50 partner booking fee). LATAM is another non-searchable entity.

Adding searchability for all partners, especially as more Oneworld airlines are integrated into Mileage Plan redemption options, should be a top priority for Alaska from a customer service perspective.

Another drawback to Alaska Mileage Plan is that it limits the routes for which Mileage Plan members can redeem miles for award flights. Most partner award travel requires flyers to originate or end in the continental U.S., Alaska or Canada – though this can also vary by partner.

For instance, if you wanted to fly between Asia and Australia, you would be able to use miles for Cathay Pacific flights between the two regions, but not those on JAL, Qantas or Singapore Airlines. Likewise, you can fly between the Middle East and Africa on Singapore Airlines (interestingly enough), but not Qatar Airways. And if you want to fly from Europe to Africa, Alaska provides zero ways to make that happen.

As Alaska comes more fully into the Oneworld fold, it’s going to have to start making more awards between other regions on partners available and easily bookable in order to remain relevant.

Get a credit card transfer partner

Both are great offers for these particular cards. But they also highlight another area where Alaska is lagging.

Alaska Mileage Plan doesn’t have any credit card transfer partners (although you can transfer Marriott Bonvoy points at a 3:1 ratio and with a 5,000-mile bonus per 60,000 points transferred, which still isn’t great).

As Alaska looks to its future, it should seriously consider partnering with one of the major credit card issuers for mileage transfers. That will raise awareness of Mileage Plan and expose Alaska Airlines to more potential customers. It will also represent a huge new value proposition for Mileage Plan members, who will benefit from even more ways to earn and redeem their miles.

Finally, it would provide another source of revenue for the airline — which could be funneled into expanding its route network, investing in its onboard product or deepening its partner relationships. But, of course, the more miles being 'printed' the greater the risk of future devaluation, so if we have to choose between a transfer partner and program award pricing stability, we'll pick the status quo.

Despite the fact that it is smaller and more niche than some of the other frequent flyer programs in the U.S., Alaska Airlines Mileage Plan is nonetheless one of the best, if not the best, mileage program around.

Flyers can earn miles and elite status quickly thanks to generous policies and bonuses, and their miles are redeemable at phenomenal rates on some world-class carriers including British Airways, JAL and Qantas. Alaska joining Oneworld and partnering more closely with American Airlines represents new opportunities for flyers to get even more value from Mileage Plan.

However, there can be peril in opportunity.

We might see award chart devaluations, a shift to revenue-based earning, and lag times on the ability to earn and redeem miles on partners. That said, Alaska continues to demonstrate a strong commitment to maintaining a value-driven frequent flyer program, so hopefully it will remain fairly hands-off for the near term. And perhaps these recent major changes will prompt Alaska’s loyalty team to consider ways to create more worth and new opportunities for the airline’s customers to participate in (and make the most of) Mileage Plan.

Featured image by MARKUS MAINKA/SHUTTERSTOCK.COM
Editorial disclaimer: Opinions expressed here are the author’s alone, not those of any bank, credit card issuer, airline or hotel chain, and have not been reviewed, approved or otherwise endorsed by any of these entities.