Articles
Benét J. Wilson is a former senior editor for TPG. Known as the Aviation Queen, she's a veteran aviation journalist who has covered airports, security and the airline passenger experience.
Follow
May 03, 2020
•
8 min read 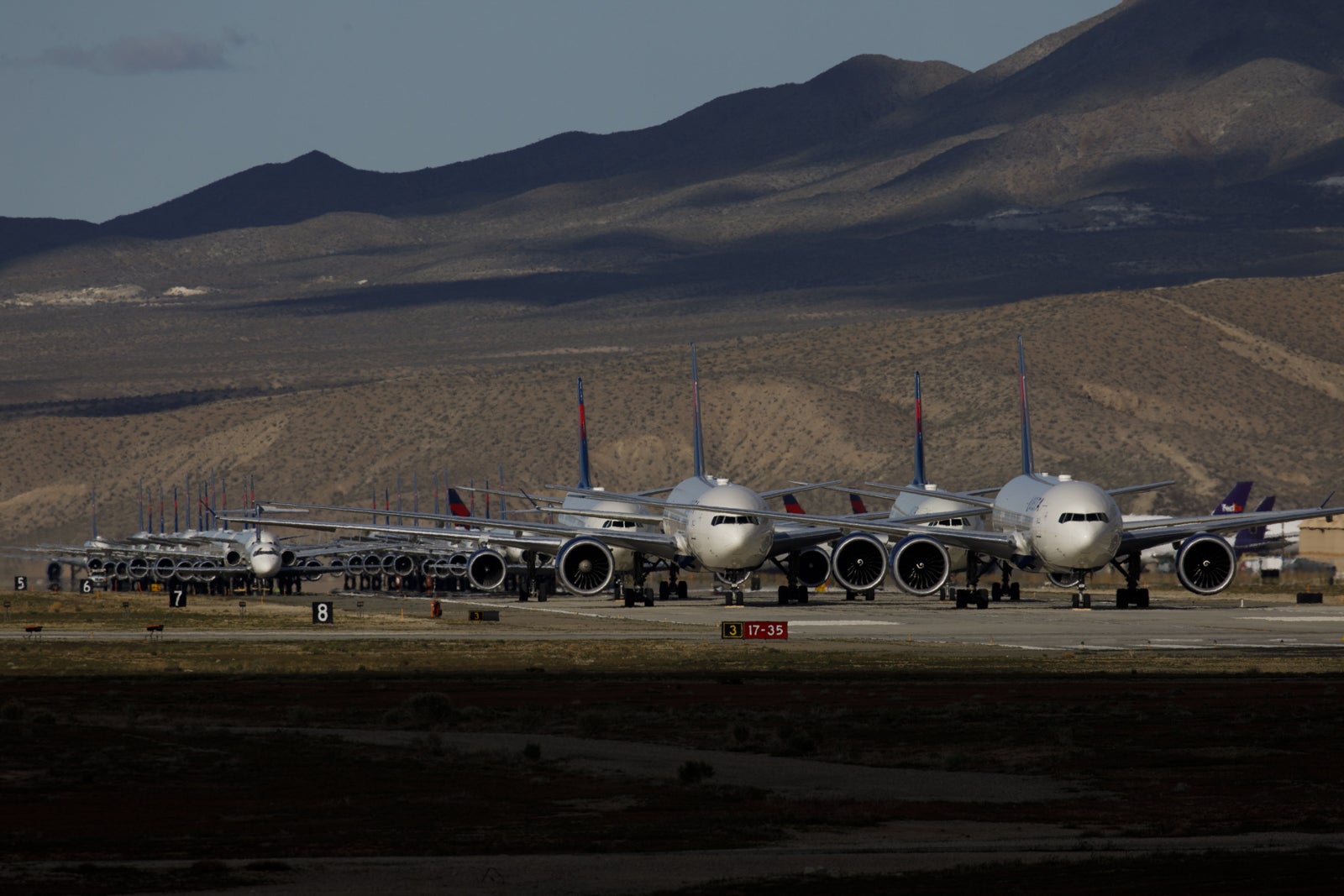 The hits keep coming for airlines as they continue to reel from the effects of the global coronavirus pandemic. Berkshire Hathaway Chairman and CEO Warren Buffett announced that he was dumping his stocks in American Airlines, Delta Air Lines, Southwest Airlines and United Airlines during the company's annual meeting streamed online by Yahoo Finance on May 2.

For more updates about how coronavirus is affecting travelers and credit cardholders, sign up for our daily newsletter and bookmark our dedicated coronavirus news hub.

“The world has changed for the airlines. And I don’t know how it’s changed and I hope it corrects itself in a reasonably prompt way,” Buffett said during the livestreaming. “I don’t know if Americans have now changed their habits or will change their habits because of the extended period.”

But “I think there are certain industries, and unfortunately, I think that the airline industry, among others, that are really hurt by a forced shutdown by events that are far beyond our control,” he added.

Buffett admitted making an “understandable mistake” when initially valuing the airline stocks. “When we bought [airlines], we were getting an attractive amount for our money when investing across the airlines,” he said. “It turned out I was wrong about that business because of something that was not in any way the fault of four excellent CEOs. Believe me. No joy of being a CEO of an airline.”

“I don’t know that 3-4 years from now people will fly as many passenger miles as they did last year .... you’ve got too many planes.”

That is not good news for the airlines and the passengers they hope to bring back when the coronavirus pandemic subsides.

The latest numbers from trade organization Airlines for America (A4A) bear out Buffett's pessimism about the airline industry. It shows flights in the U.S. carried an average of only 17 people during the week ending April 28. Demand for future travel, measured by new bookings minus refunds, was down 97% year-over-year during the week ending April 19.

So there's the rub -- too many planes and not nearly enough passengers to fill them. American Airlines says it will retire its fleet of Boeing 757s and 767s, along with its Airbus A330-300s and Embraer E190s. It will also mothball 22 of its 46 Embraer ERJ-140s.

Related reading: I flew one of the last American Airlines 767 flights before its retirement

Delta has temporarily parked 325 of its 874 mainline aircraft at the end of March as it works toward parking some 650 planes, it said in a first quarter financial disclosure. It has also announced plans to retire its last McDonnell Douglas MD-88s and MD-90s in June, along with some Boeing 767s.

Related reading: A smaller Delta would have to retire planes after coronavirus. What types could go?

Southwest Airlines will fly fewer than half of its 742 Boeing 737s on any given day through at least June. Of the roughly 390 parked jets, the Dallas-based carrier has placed some 140 in what it considers long-term storage, Southwest operations chief Michael Van de Ven said during an earnings call on April 28.

However, United is alone among the top U.S. carriers as it has refused to commit to retiring any of its more than 800 mainline jets. It has only “temporarily parked” aircraft that are not flying pending a better view of the recovery post-coronavirus, said CFO Gerry Laderman during a first quarter earnings call on May 1.

However, it has cut in half the number of new Boeing 737 MAX jets it will add to its fleet over the next 1.5 years as it prepares to “look different” after the coronavirus pandemic. It now plans to take up to 40 737 MAXes by the end of 2021, or less than half of its pre-coronavirus plans.

Related reading United Airlines sees positive uptick in flight searches, but only for travel next year

Looking at the numbers

Looking at the fleet grounding numbers, it's clear that Buffett doesn't see the airline industry recovering from the coronavirus pandemic anytime soon, which further justifies his stock pullout. And travelers are wary to take to they skies for their own reasons.

Several forecasts see travelers beginning to return to the sky in larger numbers by between June and the late fourth quarter 2020. These same forecasts don't see a return to 2019 traffic -- which hit around 926 million people in the U.S. — for at least a few years. “We anticipate that traffic growth will improve beginning in [the fourth quarter of 2020], but not reach 2019 levels until 2022 at the earliest,” wrote Cowen analyst Helane Becker in a report on March 27.

Even as traffic begins to rise, a majority of travelers will still take some coaxing to get on a plane again once coronavirus pandemic restrictions are lifted, according to an April study done by the International Air Transport Association (IATA). Only about 14% would be willing to fly immediately after restrictions on travel aimed at slowing the spread of COVID-19 are lifted, IATA found after querying travelers in the U.S. and 10 other countries.

Forty percent of respondents said they will not take to the skies again for at least six months once restrictions are lifted. Why? Because they have no faith that they will not be exposed to the virus when cramped into a 30-inch pitch seat in an aluminum tube breathing recycled air.

This despite airlines putting in measures including the mandatory wearing of masks, blocking off middle seats for social distancing, offering preflight coronavirus tests and boarding economy passengers in the back first, ending with first and business class passengers.

“The U.S. consumer does not yet appear to be contemplating travel (either domestic or international),” wrote Raymond James analyst Savanthi Syth in a report on April 19, summing up the situation airlines face as they head into the summer travel season.

IATA has warned against hoping for a “V-shape” recovery, or one in which travelers return in the nearly the same numbers within just a few months. Instead, the organization expects a “significant recovery” to begin in 2021 at the earliest.

Carriers have been given a lifeline from the federal government in the form of $50 billion in aid -- $25 billion for payroll grants and another $25 billion in loans -- included in the $2 trillion CARES Act. But that aid came with strings, including requiring airlines to maintain their workforces at the same pay rates and continuing to fly to all of the destinations they served prior to COVID-19 until Sept. 30.

But airline executives have already warned of deep cuts in employees and route networks starting on Oct. 1 as they adjust flights to far fewer destinations.