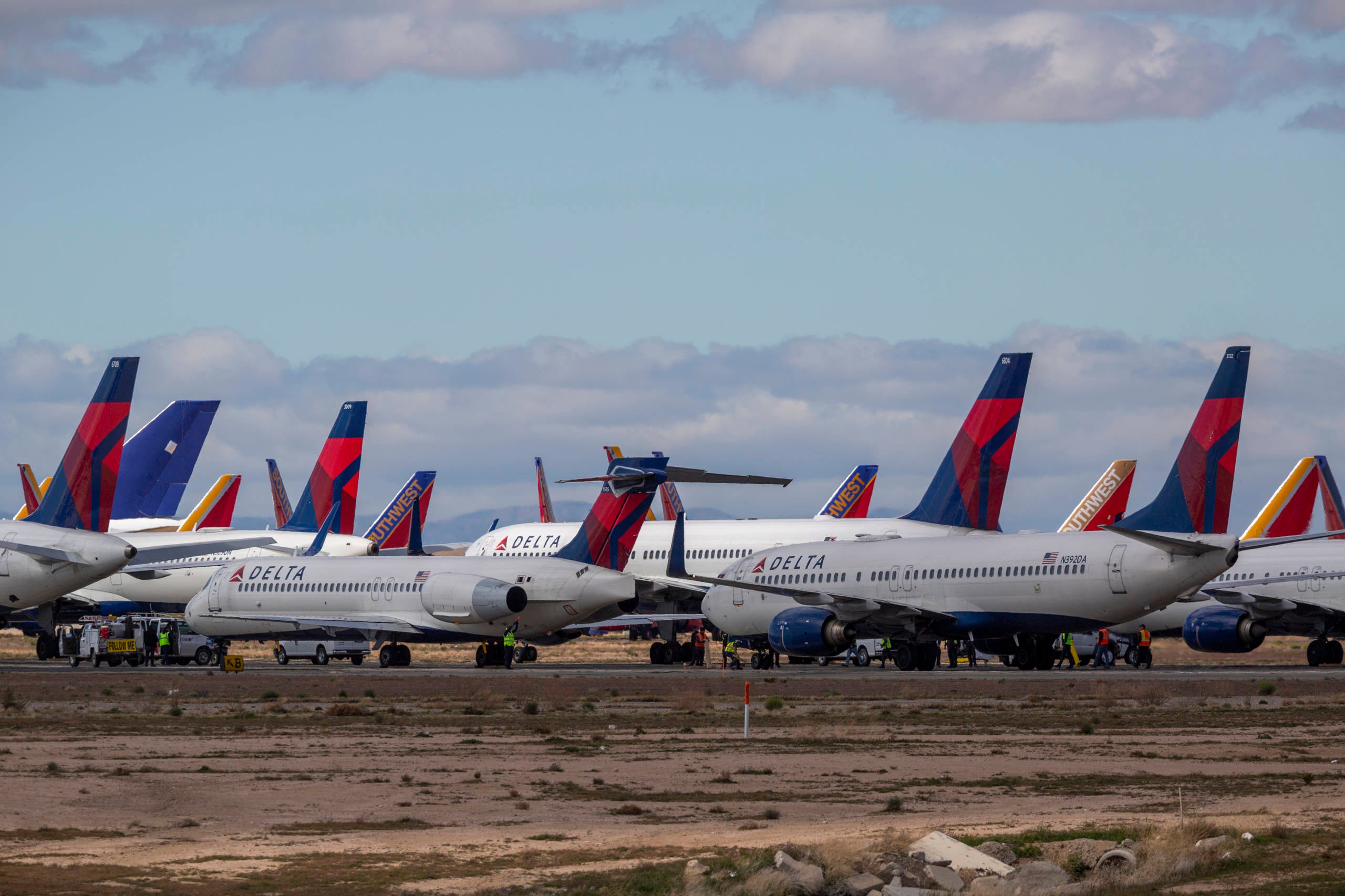 What you need to know about the $50B coronavirus aid package to airlines
This post contains references to products from one or more of our advertisers. We may receive compensation when you click on links to those products. Terms apply to the offers listed on this page. For an explanation of our Advertising Policy, visit this page.

Airlines are getting the $50 billion in aid they asked for from the U.S. government to bridge the novel coronavirus pandemic under a package passed by the Senate on Wednesday night.

On a high level, the aid ensures that carriers can stay in business for what many expect will be a long and slow recovery. But it also guarantees that the roughly 750,000 people who work in the airline industry keep their jobs — and pay — until at least the end of September.

"It is essentially a labor expense pass-through which is saving jobs," is how Evercore analyst Duane Pfennigwerth described the $25 billion in grants included in the package. In other words, the aid mitigates "near-term cash burn pressure" at airlines by taking labor off their list of necessary expenses.

In addition to the $25 billion in grants dedicated to funding compensation and benefits, the package also includes $25 billion funds for loans or loan guarantees that can be used for other expenses to keep carriers afloat.

All this together equals one thing: airlines can survive what executives are near uniformly calling an "unprecedented" slowdown in demand for air travel. And, frankly, it is better for nearly everyone -- from employees and their families, to frequent travelers and the communities that depend on air service to connect them to the outside world -- that the industry gets through the COVID-19 crisis.

“This is 9/11, SARS and the Great Recession all rolled into one," Delta Air Lines CEO Ed Bastian told employees in a webinar Wednesday viewed by TPG.

The House of Representatives is expected to vote Friday on the package that passed the Senate. President Trump has said he will sign it into law as soon as it gets to him.

The grant and loans are not free money. While they aim to keep airlines afloat, they come with strings aimed at ensuring carriers continue to serve destinations big and small, and barring funds from going to investors. There is even the possibility that the U.S. government could take an ownership stake in an airline.

The $25 billion in loans or loan guarantees ensure that airlines can stay in business in what is looking like a near-zero revenue environment. As the bill passed by the Senate puts it, the funds are earmarked for companies that are "expected to incur... losses such that the continued operations of the business are jeopardized."

These funds will likely be used to keep basic operational needs intact, pay aircraft rents, and keep parked jets in working order for the day they are needed again.

But the money does not come close to covering all of the losses airlines anticipate in the coming months.

“What we are not being compensated for is the $10 billion in revenue that we’re losing just over the next 90 days," said Bastian. "There’s 10s of billions of dollars of damage this virus has caused the industry, while the package is helpful it doesn’t come close to covering [everything].”

A key part of the aid package is the $25 billion grant to keep and pay employees. The funds are explicitly for salaries, wages and benefits of non-executive staff -- or what amounts to a major jobs program that keeps hundreds-of-thousands of airline staff off unemployment rolls.

As a condition to the grants, airlines cannot furlough staff and must maintain current pay rates through Sept. 30 when everyone hopes the industry will have a better view of the recovery.

Airlines must maintain air service to all of the cities that the U.S. Secretary of Transportation considers "necessary" until at least October in return for taking funds. This only applies to destinations each carrier served on March 1, 2020, so for example, the DOT cannot mandate Alaska Airlines to fly to somewhere it does not serve like Birmingham, Alabama (BHM).

This stipulation ensures that air service will continue to small and medium-sized communities, even as demand drops.

TPG understands that the air service requirement allows airlines to reduce the number of flights it operates to any given city, but not suspend service outright.

In addition, the restriction only applies to U.S. destinations and does not bar airlines from cutting international networks that have already been drawn back to the bare bones.

Related: These are the only long-haul routes American, Delta, Hawaiian and United plan to fly in April

Investors and executives are notably excluded from the aid package. After recent outcry over the more than $50 billion that airlines returned to investors since 2010, both the grant and loan sections of the bill bar airlines from paying out investor returns for up to six years.

“The irony of needing a $50 billion relief package is almost too ironic compared to the $50 billion in buybacks," Bastian told employees Wednesday. "Some of those buybacks were unwarranted and shouldn’t have been done.”

As a condition of taking the grants, carriers cannot pay dividends or engage in stock buybacks until Sept. 30, 2021. The section also limits executive compensation and raises until March 24, 2022.

However, the loans section of the package places stricter limits on shareholder returns. Airlines that take the funds cannot pay dividends or engage in buybacks until one year after they repay the debt. This pushes the possible resumption of investor returns out to somewhere in the mid-2020s given the fact that each loan will have a term of up to five years.

Executive compensation and raises are also limited by the bill until March 24, 2022. However, slashing executive pay was one of the first actions most airlines took at the outset of the crisis with the CEOs of at least Alaska Airlines and Allegiant Air forgoing their salaries, while those at other carriers have taken steep cuts.

The government can also take a non-voting warrant -- or a right to later sell stock in a company -- or equity stake in any airline that accepts government assistance at the discretion of the Treasury Secretary.

"[The package] buys the industry some time to keep people and to begin to assess what will demand look like on the other side of this," writes Pfennigwerth. "This crisis aid is not a game changer but rather a game extender. Better demand will ultimately lead us out of this."

Related: More than half of global airlines could ‘die’ without aid

Related stories
The ultimate guide to earning elite status with United cards
American Airlines forgot it had landing slots at JFK. Then it lost some of them
After 19 months, United Airlines is officially suspending flights at New York's JFK airport — again
17 ways to earn lots of Marriott Bonvoy points
Featured image by Getty Images