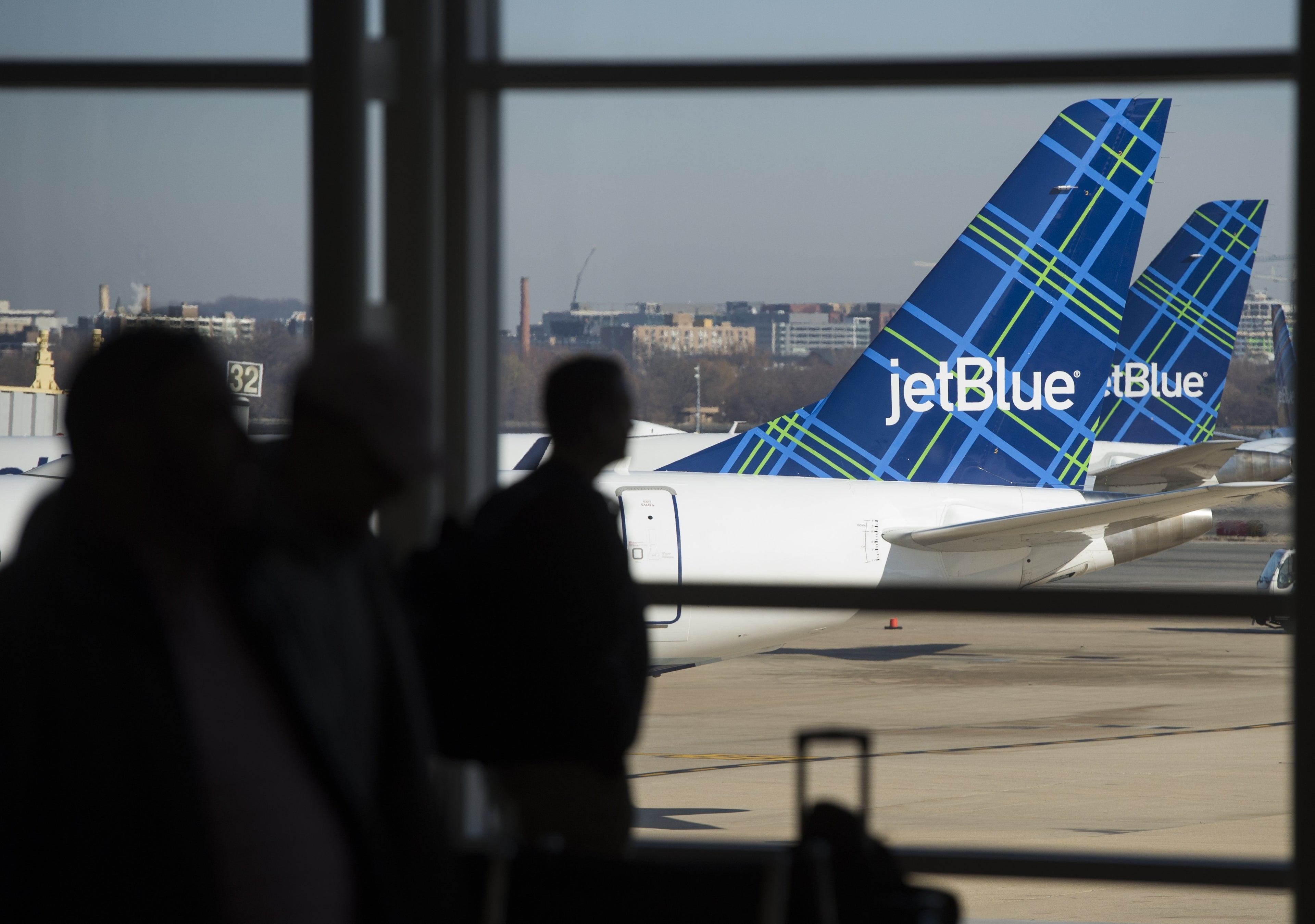 Allegiant, JetBlue and Spirit Airlines latest US carriers to cut flights and CEO pay
This post contains references to products from one or more of our advertisers. We may receive compensation when you click on links to those products. Terms apply to the offers listed on this page. For an explanation of our Advertising Policy, visit this page.

Allegiant Air, JetBlue Airways and Spirit Airlines are slashing schedules even further amid plummeting demand related to spread of the novel coronavirus pandemic in the U.S.

New York-based JetBlue will reduce capacity by at least 40% in both April and May, and expects "substantial cuts" through at least July, CEO Robin Hayes and president Joanna Geraghty told employees on Wednesday.

South Florida-based Spirit will reduce its schedule by 20% in April and by 25% in May, CEO Ted Christie told employees in a letter on Tuesday.

Allegiant, headquartered in Las Vegas, plans to cut capacity by up to 35% in April and May, up from current reductions of 15%, the airline said Wednesday. It has also suspended construction of its Sunseeker Resort project in Florida.

Executives at all three airlines cited rapidly falling demand, which Christie described as falling to "unprecedented lows," for each carriers' capacity cuts.

The cuts by the carriers are just the latest to hit an industry roiled by a precipitous drop in demand related to the pandemic.

Alaska Airlines, American Airlines, Delta Air Lines, Southwest Airlines and United Airlines have also slashed schedules amid the spread of COVID-19. United regional affiliate Trans States Airlines will cease flying on April 1 due to the crisis, eight months earlier than planned due to the coronavirus-related drop in demand.

Related: Trans States Airlines to shut down April 1, first US carrier to close amid coronavirus crisis

Both JetBlue and Spirit had already announced capacity cuts due to the COVID-19 crisis. JetBlue planned a 5% reduction in the "near term," and Spirit an at least 5% cut in April. Both carriers said they would cut further if the crisis worsened.

And worsened it has. Several U.S. carriers have cited passenger loads as low as 20% to 30% in March. Comparatively, average load factors across domestic airlines was 85.5% in March 2019, according to U.S. Bureau of Transportation Statistics data.

Industry organization Airlines for America (A4A) has asked the U.S. government for at least $50 billion in aid to get the industry through the crisis.

Along with the capacity cuts, executives at Allegiant, JetBlue and Spirit are either taking salary cuts for the duration of the pandemic. Allegiant CEO Maurice Gallagher and president John Redmond are forgoing their salaries, while officers have halved their salaries.

At JetBlue, Hayes and Geraghty have halved their salaries and all staff at the vice president level and above are taking cuts. And at Spirit, Christie has reduced his salary by 30% and other executives are also taking pay cuts.

The reductions in pay are, in part, coupled with the effort by airlines to conserve cash. It is critical for all companies, including airlines, to have cash to pay their bills even as revenues dry up during the crisis. This coronavirus-related cash crunch is occurring at airlines around the world.

JetBlue, in addition to its other actions, is grounding some of its 259 Airbus and Embraer jets, Hayes and Geraghty said. The airline has also postponed the planned addition of four leased Airbus A321s, and is in talks with Airbus to postpone new A220 and A321neo deliveries.