Allegiant Air Is Building an 'Airline Resort' in Florida

Articles
Mike Arnot is the founder of Boarding Pass NYC, a New York-based travel brand and a marketing consultant to airlines. A private pilot, he can sometimes be found above the skies of New York City.
Follow
Aug. 27, 2018
•
7 min read 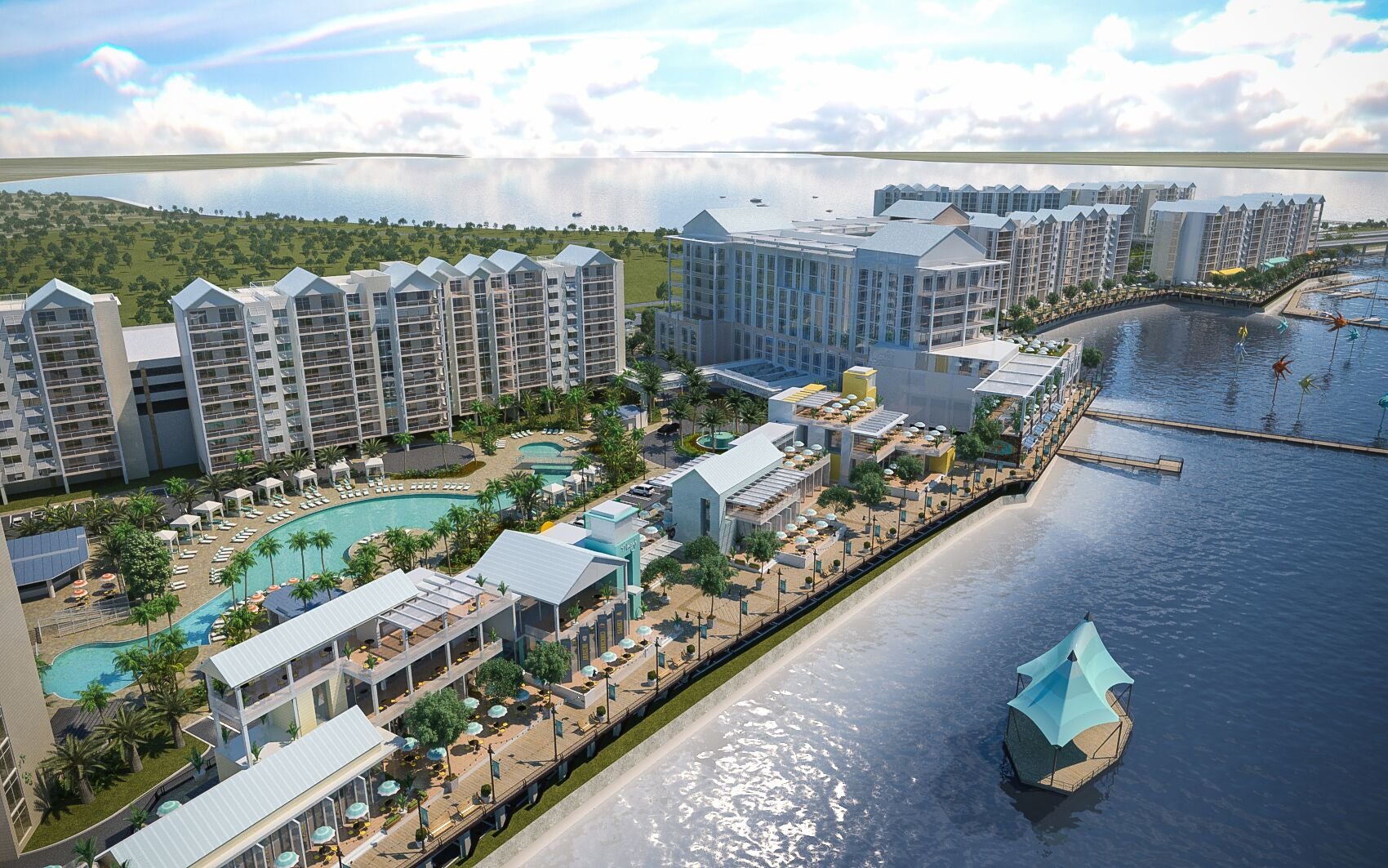 Allegiant Air Is Building an 'Airline Resort' in Florida
This post contains references to products from one or more of our advertisers. We may receive compensation when you click on links to those products. Terms apply to the offers listed on this page. For an explanation of our Advertising Policy, visit this page.

Allegiant, the Las Vegas-based low-cost carrier, is making an unusual move for an airline: it's building a hotel and condo complex in Florida. The resort—called Sunseeker—is slated to open in 2020. The airline's plan is to bring its passengers to a wholly-owned and operated resort complex in Port Charlotte near Punta Gorda airport (PGD) just outside of Ft. Myers.

When it opens, Allegiant will be poised to become the world’s first vertically-integrated airline and leisure travel company. The resort will boast a 277-room hotel and up to 10 condo towers offering an estimated 842 one-, two- and three- bedroom units.

Spot the aeronautical Easter egg in the Sunseeker logo below.

We spoke with John Redmond, President of Allegiant, and Micah Richins, the EVP of Sunseeker, about the unique project.

Redmond is a longtime independent board member at Allegiant. Redmond's resort pedigree is impeccable: President and CEO of MGM Grand, roles at Ceasar's Palace and a member of the board of Vail Resorts. He confidently called the expansion into resorts a "layup".

Allegiant flies from all sorts of smaller airports around the US such as Plattsburgh, New York, bringing Canadian snowbirds to Florida; Minot, North Dakota; and Cedar Rapids, Iowa. Allegiant’s primary destinations have two things in common: they have plenty of sun and they are vacation destinations. The airline serves more than 100 airports.

Allegiant's operating margins are among the best worldwide: in 2017 it had net income of $194 million on revenue of $1.5 billion. Its cost per seat-mile (i.e. how much it costs to fly one seat one mile) is the lowest in the US. Nevertheless, the airline came under intense scrutiny earlier this year with the publication a damaging 60 Minutes story about its alleged safety practices. Bookings briefly fell and the share price was punished. The airline forcefully rejected the claims.

In some ways, Allegiant is a cross between a low-cost carrier like Spirit Airlines and a charter carrier like Thomas Cook Travel or Canada’s AirTransat. High aircraft utilization is not part of its DNA, unlike, say, at Spirit or Ryanair. The airline ups its flight frequencies during periods of high leisure demand and decreases utilization in low leisure travel demand periods. Redmond noted Allegiant typically flies Thursday and Fridays and Sundays and Mondays. This kind of schedule is a major cost saver, even if planes are frequently idle for days.

By the end of 2018, Allegiant will operate only Airbus A320-family aircraft and will have phased out its 37 used MD-80s which it acquired inexpensively. The airline will end up with a fleet of 70 Airbus jets. All but 10 of these aircraft will be have been bought used from other carriers, which is a significant cost savings for the airline.

How did Allegiant put the Florida property together? Redmond spent several exploratory trips in Florida, literally driving around to find suitable spots. He located a spit of land less than 15 minutes from PGD. There were 20 parcels, owned by 15 people. Redmond went around and closed the deals personally, quietly. on his own account. Reminiscent of Roy Disney acquiring land for Disney on the down low, Redmond successfully acquired some 28 acres of land for $30 million—much less than the price of a single A320.

"The beauty of Allegiant is that we have a lower overhead. There's not a lot of bureaucracy and an opportunity to have tremendous dialogue. I sit next to Maurice [Gallagher, CEO and Chairman] at the office. There's a lot of faith in what we're doing," Redmond said.

Smart Moves for an Airline?

Selling airfare is very transactional, said Redmond. The airline says it can create more of an experience for passengers starting from the moment a customer visits the website. (Sunseeker features prominently on the top of the Allegiant website.)

“Allegiant is uniquely positioned to do this. We fly leisure customers to leisure destinations,” he said. “It’s a logical extension of that business model. Most airlines lose the relationship with the passenger when they book the reservation. We want to extend the relationship from booking the reservation over the course of the entire leisure journey to checking in to the hotel,” he said.

Though around 4% of Allegiant revenues come from ancillary revenue related to leisure spend—hotel bookings and car rentals through the Allegiant website at the time of booking—Redmond wants more. “Look at Orlando,” Redmond said. “Disney is taking upwards of 90% of that total leisure spend. It’s that 90% that we want to tap.”

The share price of Allegiant Travel Company, the airline's parent, hasn't been doing great this year, down $20 to $135 so far since January. And Wall Street is likely inclined to be wary of an airline moving in this direction, especially when the current airline-only model is working. However, Redmond stressed the concept is to make Allegiant relevant for a long period of time, perhaps with an eye to jet fuel prices, which have risen 40% in the past 12 months.

There are many similarities between running and airline and the resorts, Redmond said. “We’re looking at load factor on a plane, and that compares well to occupancy rates." Also, "maintenance for an airline is a similar concept to maintenance (...) at a resort.”

Allegiant isn't the first to try to create the concept: in the 1980s United Airlines' parent company acquired the Westin and Hilton hotel chains, and Hertz. The assets were later sold off. But Allegiant's project is quite different; the airline itself will own the resort.

By September, the airline will announce plans to break ground on the first, 18-month construction phase. Said Micah Richins, EVP of Sunseeker: "We're developing the programming now, from a golf course to off-site tours, restaurants and bars. We're also working on what the room product will look like." The company is developing a series of model suites at the Allegiant corporate campus in Nevada.

The plan is to create a combination of hotel and condo rooms to serve guests who may wish shorter or longer stays. The plan calls for the largest resort swimming pool in the US, at over 1,000 feet long, covering nearly two acres. There will be a 10,000-square foot fitness center, medical center, and 17 restaurants, bars and cafes.

"We're pairing a successful leisure airline with a leisure asset," Redmond said. "It hasn't been done before,"

Mike Arnot is the founder of Boarding Pass NYC, a travel brand.

Featured image by The Sunseeker Resort, by Allegiant.