Articles
Emily McNutt is The Points Guy's Global News Editor and is based in London.
Follow
April 16, 2018
•
4 min read 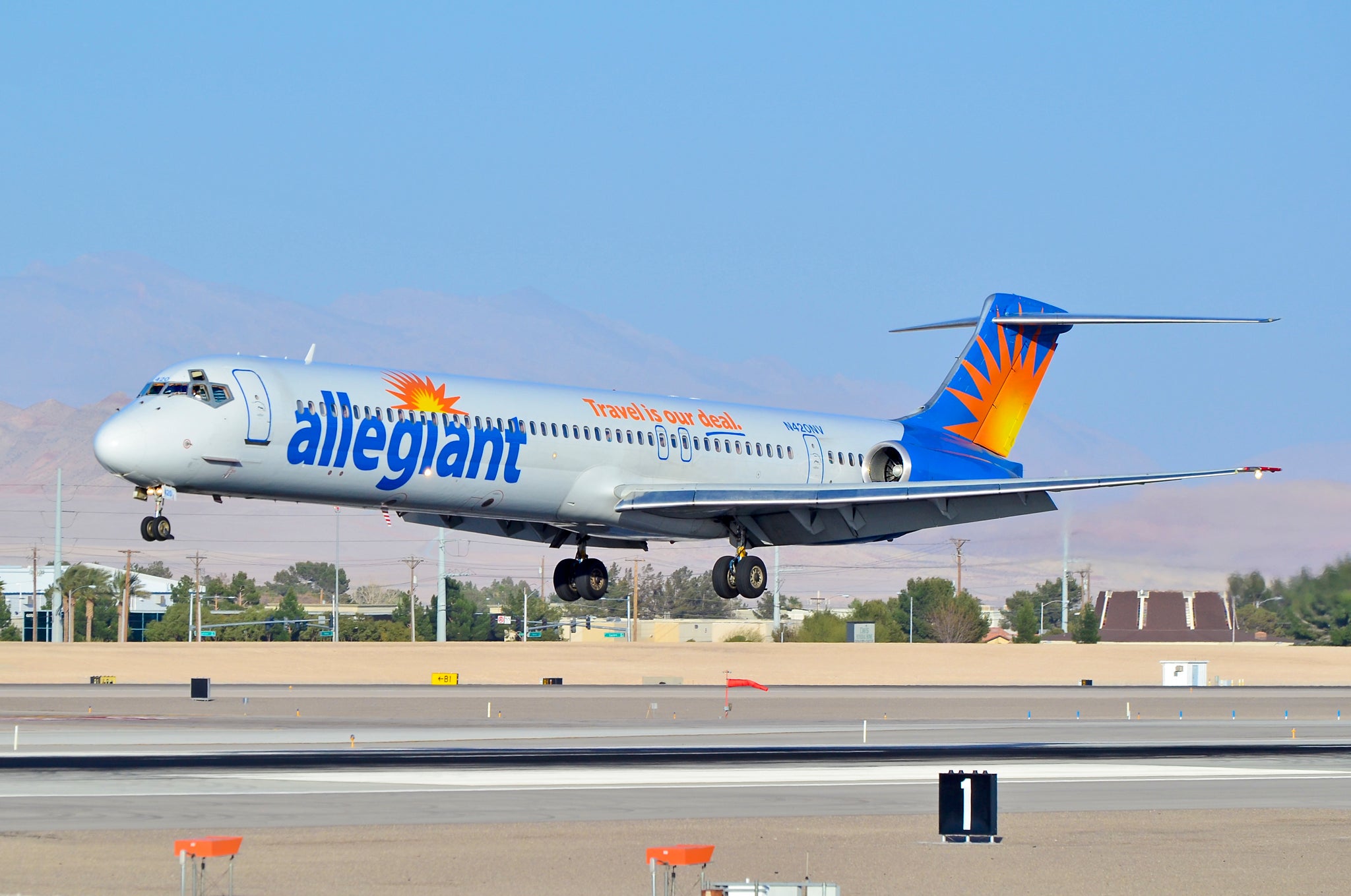 Allegiant Under Fire for Safety Record Following Damaging '60 Minutes' Report
This post contains references to products from one or more of our advertisers. We may receive compensation when you click on links to those products. Terms apply to the offers listed on this page. For an explanation of our Advertising Policy, visit this page.

Ultra-low-cost carrier Allegiant Air is under fire on Monday following the airing of a damaging "60 Minutes" report that aired on Sunday. The seven-month investigation into Allegiant's safety record showed that its status as one of the most profitable airlines in the country also comes at the cost of it being one of the most dangerous flying in the skies.

The Las Vegas-based carrier is known to travelers as offering ultra-low fares, flying to many destinations underserved by legacy carriers. Allegiant operates the oldest fleet of aircraft in the US, including 30% of those planes being dated and gas-guzzling McDonnell-Douglas MD-80s, almost all of which were purchased second-hand from foreign carriers. And, as the "60 Minutes" report shows, the problems that the airline has been the source of include an alarming number of aborted takeoffs, emergency descents, unscheduled landings and more.

You can watch the full report below:

While the sheer number of incidents from Allegiant is alarming, perhaps what's even more so is the fact that the airline has continued to be allowed to operate without just about any penalty from the Federal Aviation Administration. In fact, the most discipline Allegiant has gotten for its poor record of safety operations, was described by a former FAA lawyer as not even a slap on the wrist.

During the investigation, Allegiant gave "60 Minutes" a short statement from its vice president of operations, which said in part:

"All of us at Allegiant are proud of our strong safety record, as noted in the most current, comprehensive FAA audit. Safety is at the forefront of our minds and the core of our operations."

However, since the airing of the report on Sunday night, with the carrier's stock down nearly 10%, the airline has issued a memo to employees, which was made public by AirlineGeeks. In it, Allegiant says in part:

"The story follows an unoriginal narrative based entirely off of outdated statistics, incidents that are years-old, and so-called 'industry experts' — many of whom have not seen the inside of an airline's operations in decades. Indeed, none have any direct knowledge of our operations including our people nor our procedures or SMS program.

We have reason to believe this story was instigated by a terminated employee who is currently engaged in a lawsuit seeking money damages from the company. It breaks no news. Know we are prepared to fight back against 60 Minutes, which has set its former standards of journalistic integrity aside to draw in viewers."

The report has brought to light information that the airline encourages its pilots and mechanics to not officially report maintenance issues.

People on social media were quick to react following the airing of the report, noting that they would never consider flying with the carrier with its safety record and practices in place.

The airing follows a 2016 survey of Allegiant pilots in which more than half of respondents said they wouldn't let their families fly with the carrier due to safety concerns.