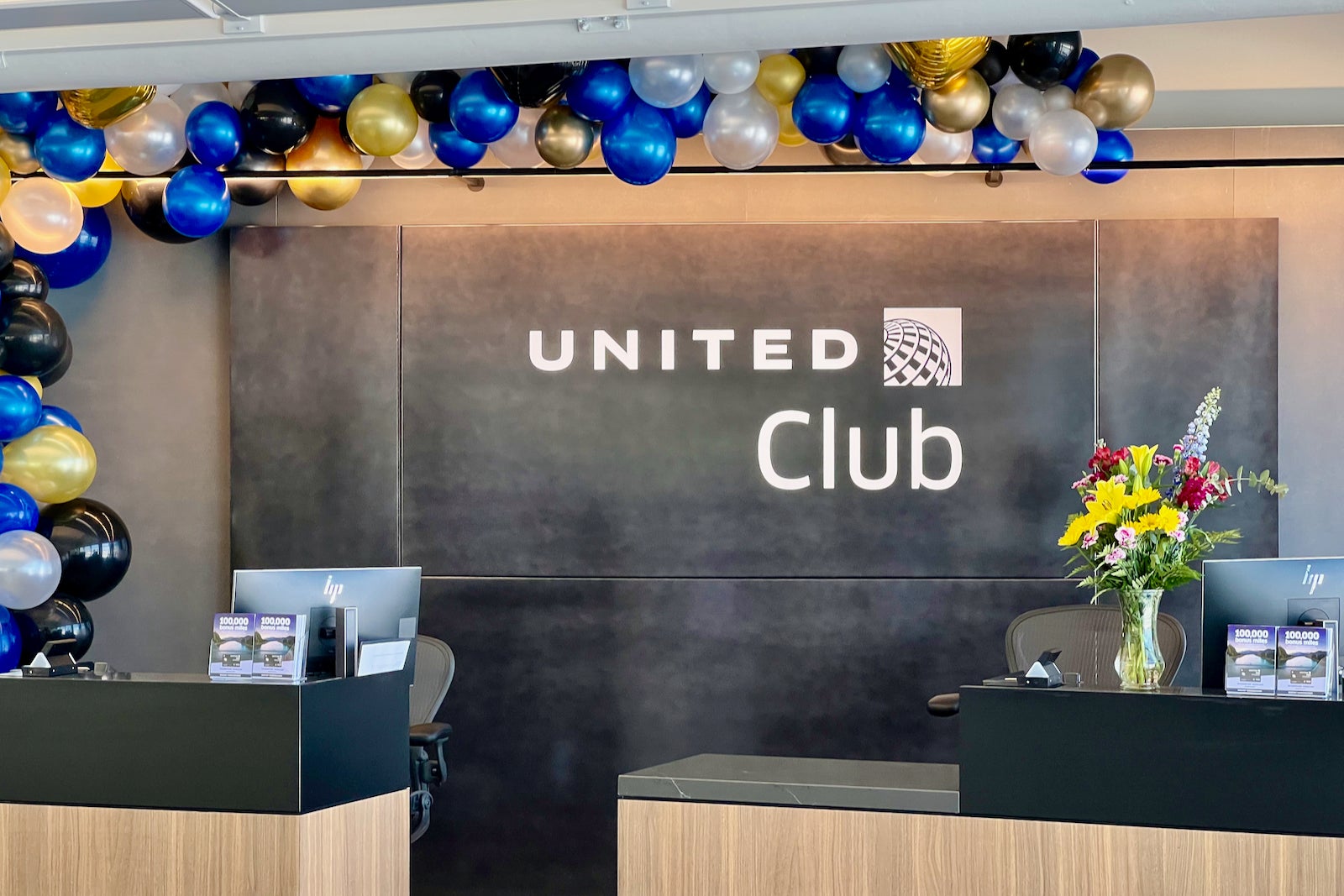 It’s shaping up to be a very exciting year for the United Club network.

It started on Jan. 12 when the Chicago-based airline opened a brand-new lounge at its hometown hub of O'Hare International Airport (ORD).

While the improvements kicked off just days into the new year, there's lots more coming to the United Club network over the coming months, including new and expanded spaces, an overhauled design and a revamped culinary experience.

Alex Dorow, United's managing director of lounges, premium services and hospitality, gave TPG the scoop – so here’s what you can expect from the carrier in the coming months.

Perhaps most exciting is the news that United plans to unveil four new and expanded lounges throughout 2023, in addition to the space that already opened in Chicago earlier this month.

In the Mile High City, the airline will open a brand-new United Club in Concourse A. The new lounge will be "very large" and "multi-level," according to Dorow, who didn't share any more specifics.

In addition to the new space in Concourse A, the airline will also open a completely overhauled club in Concourse B near Gate B44.

The so-called "B-East" outpost closed last year for renovations, and the finished product is poised to impress travelers, Dorow said. Perhaps the biggest improvement is that the space will double in size.

Once the two new Denver locations open, United will close the "B-West" club located near Gate B32 for a similar renovation and expansion project, though the timeline for that closure hasn't been solidified yet.

All these upgrades to United's Denver lounges come as the carrier keeps growing its footprint in the Colorado capital. The demand among local and connecting travelers through Denver has been especially resilient throughout the pandemic, and the airline's capacity, as measured by available seat miles, is expected to be up 22% in 2023 relative to 2019, Cirium data shows.

Unfortunately, Denver remains the only domestic hub without a business-class-only Polaris lounge, and, at the moment, there are no plans to open one there, explained Dorow.

In addition to the new lounges, United and local airport authorities have unveiled big plans for modernizing the airport that includes new and expanded gate areas, upgraded amenities and redesigned security checkpoints. Some of these upgrades are already operational.

Meanwhile, in Newark, United's been on a years-long journey of redeveloping its lounges there. The first new club opened there last year near Gate C123, and it features a "one-of-a-kind" design spanning nearly 30,000 square feet with roughly 500 seats.

When the C123 United Club opened, the airline immediately shut down its existing outpost near Gate C74 for renovations. That work is coming along really well, according to Dorow, and the completely overhauled C74 space is expected to open later this year.

Once it does, there should be plenty of room for United Club passengers to spread out across the two lounges, making for a much more relaxing and inviting atmosphere in each space.

Additionally, Newark's spectacular new Terminal A, which opened on Jan. 12, and houses 12 United gates, will soon be home to an all-new United Club that's "substantially larger" than the previous one in the now-shuttered old Terminal A.

This facility will also open by the end of the year, according to Dorow.

United isn't just opening new clubs; the airline is also changing what they look like inside.

Gone are the days of cookie-cutter layouts that were replicated nationwide. Instead, the airline is laser-focused on locally-inspired designs that are tailored to each market.

This new focus debuted with the C123 club in Newark and has since expanded to the outpost that opened in Chicago earlier this year.

With the upcoming openings, the design will similarly be of the utmost importance, especially in Denver, which has historically been a major connecting market for United.

Because of the flow of connecting traffic, most United flyers passing through the Mile High City never really step foot in Colorado.

That's why "we want to ensure that we're bringing a collectively Colorado feel to the Denver lounge program," Dorow said. "The idea is that each of these clubs celebrates different aspects of what makes Colorado unique... we want to bring the best of what Denver and Colorado have to offer to showcase to our customers," he added.

The same design ethos will be true for Newark — and all other new United Clubs going forward. They'll each be designed with a local flair that feels much more unique than any of the legacy clubs.

Club Fly is a hit

In November, United opened a brand-new lounge concept in Denver, dubbed United Club Fly. This grab-and-go focused space spans roughly 1,600 square feet, and it's specifically designed for travelers to quickly grab a packaged snack and a drink before their connecting flights.

The concept was so novel that it won the TPG Innovation Award for aviation late last year.

While some travelers might consider this a limited-time trial, Dorow said it best: "this is not a test in Denver. This is a permanent fixture for us in Denver."

Given the high proportion of connecting passengers with short layovers, Denver made sense as the first Club Fly outpost, but it may not be the last.

"Internally, we are kicking around ideas of where could [another Club Fly] potentially fit? Do we need it someplace else?" Dorow mentioned.

United plans to collect feedback and data on Club Fly usage to see whether it makes sense to open one in other key airports.

United's premium flyers have rallied behind one chief complaint in recent months: catering.

While many complaints have been lodged against the airline's onboard offerings, the food in the United Club hasn't been all that much better.

Though the pandemic-era packaged food concept has been retired, the culinary offerings in the United Club pale in comparison to what Delta is offering at its Sky Clubs.

Improving the lounge catering is something on Dorow's mind. But making those improvements requires building larger back-of-house kitchen spaces in its clubs, which is something the airline is addressing with its new facilities.

Building larger clubs with new kitchens "allows us to actually shift more of that [food] production in-house and create menus that are much more bespoke to our types of customers," Dorow said.

For instance, Dorow mentioned that the new C10 lounge in Chicago O'Hare features a larger back-of-house space that's being used to produce better food offerings for all United lounge in O'Hare, not just the new facility in the C concourse.

While the details are light, a United spokesperson promises "more [food-related] updates coming in the spring."

Airport lounges have become more popular than ever in recent years.

As travelers seek more elevated and exclusive travel experiences, demand to enter the club has grown so quickly that there've been long lines to enter in some cases.

Of the Big 3 U.S. airlines, lounge overcrowding has primarily hit Delta the hardest, though some United Club locations, especially those in major hubs, have also had long lines and packed relaxation areas.

As United plans for the future, the airline is doing what it can to build new and expanded outposts at its key airports, while also elevating the lounge experience once you're inside.

While we'll reserve judgment until the new facilities open and the catering gets upgraded, it's great to hear that the airline's internal teams are busy trying to improve the lounge experience — with major network-wide upgrades expected over the coming months.

For more about United Clubs, check out: