Articles
Kyle Olsen is a points and miles reporter at TPG. Since the age of 16, he has been pursuing elite status, visiting 75 countries across six continents. His passion for travel began with his own business which he started at age 13. He is now an expert at maximizing points, miles, and elite status across all major programs.
Nov. 03, 2022
•
7 min read 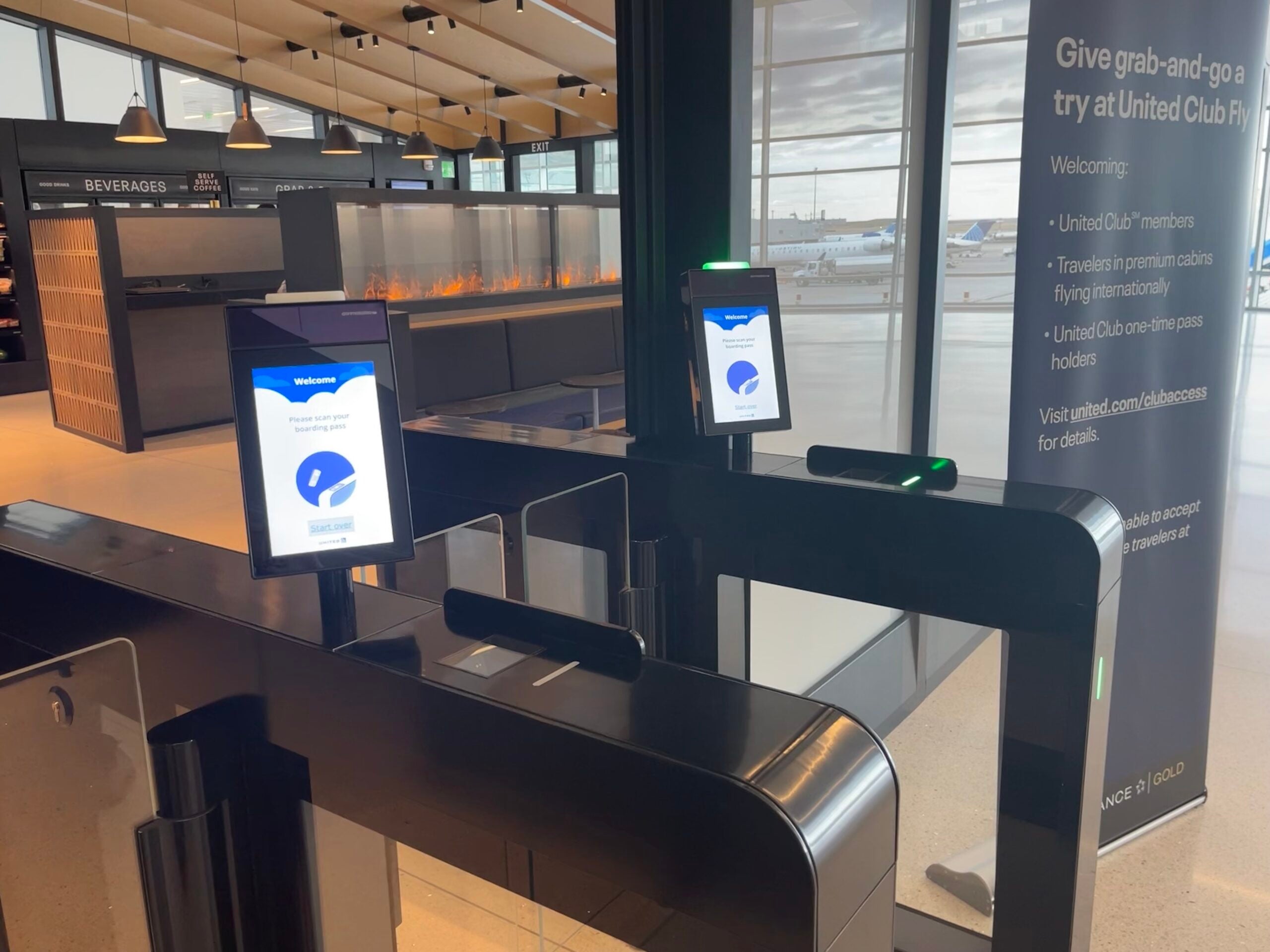 TPG got a preopening first look at Denver's United Club Fly lounge. The lounge will be open to the public on Saturday, Nov. 5, 2022.

Unlike traditional United Clubs, which have developed a reputation for being packed to the gills with hit-or-miss food, the United Club Fly lounge will offer United Club members pre-packaged sandwiches, salads, snacks and non-alcoholic drinks for takeaway that be consumed outside the lounge on the go. Located next to gate B61, this is an entirely new lounge concept for the airline, and hopefully one that will catch on.

We got a sneak peek of the United Club Fly lounge before its public opening. Here's a look inside and what we thought of it.

United’s Club Fly comes after the carrier first teased the grab-and-go concept last fall as part of the changes it implemented in its regular United Clubs during the height of the pandemic.

Now, while most United Clubs have returned to normal – or close to normal – service, the grab-and-go set-up will become permanent with the airline’s Club Fly location. It also follows Capital One’s rollout of upscale grab-and-go food in its posh lounge at Dallas/Fort Worth International Airport (DFW) that opened a year ago.

The move makes sense for United at this particular hub, too, since about two-thirds of its passengers there are making connections, some of them tight, so a grab-and-go option might be preferable to the traditional lounge experience, which can involve precious minutes hunting for a free seat or a spare power outlet.

The United Club Fly is adjacent to the temporary United Club pop-up at gate B59. To access the United Club Fly, passengers scan their boarding pass and enter through the subway-style glass gates, which electronically open. There's seating for about 10 passengers. You can order specialty barista-made lattes and cappuccinos, pick up a sandwich or refill your water bottle. The exit is on the other side of the lounge, allowing those with tight connections a quick trip through without having to double back.

The new lounge concept came in response to customer feedback, according to the airline.

“United Club Fly is all about elevated convenience. We know there are times when our members are in a hurry and use our clubs to sneak a quick drink or snack, so we’ve created this new format to make it easy for them to do that without sacrificing an upscale club environment,” Luc Bondar, United's MileagePlus president and vice president of marketing and loyalty chief, said in a statement. “In Denver, more than two-thirds of our customers are connecting to other places, making it the ideal city to introduce this concept.”

The coffee bar has americanos, lattes, cappuccinos, chai lattes, black and green (matcha is an option) iced tea and nitro brew. Customers can select from 2%, skim, almond and oat milk.

All of these items are available to take away, meaning you could breeze in, grab a few dishes and be on your way in under a minute.

Keeping with the local theme, United commissioned paneling with the topography of the Rockies as the backdrop for the United Club Fly logo outside the lounge.

Although it does not have its own ceiling (rather, it opens up to the higher ceiling of the main terminal), the L-shaped lounge slightly resembles a Colorado ski chalet thanks to heavy wooden beams running above the space that form a sort of asymmetrical A-frame.

After scanning through the gates, your eyes will be pulled to the colorful Rocky Mountain Prairie painting. But the centerpiece of the lounge is the fireplace, which is actually an amber light under water vapor that creates the optical illusion of a fire, perfect for creating warm and fuzzy ambiance as you sip your oat milk matcha latte.

Even though there aren't many seats in United Club Fly, there's a coffee-bar style ledge with power outlets, USB and USB-C ports. It would work well for sipping your coffee and sending off a quick email, but if you have a longer layover, I'd head over to the United Club.

Following the lead of American Express's crack own on guest access in the Centurion lounges, United Club members can't bring guests into United Club Fly. By contrast, United Club members can ordinarily bring two adult companions or one adult and dependent children under 21 years of age into regular United Clubs. If you try to hop the gate or follow your friend in, a foreboding siren will go off — a stark reminder not to bring in a guest.

While in the lounge, several customers were unhappy to learn they couldn't bring in their spouses.

United Club Fly is the airline's latest move to cater to guests on tight connections who don't have time to wait in line for a Starbucks coffee or forage for snacks at a United Club.

I walked out of the lounge impressed. If the new concept becomes more widespread, it might be another reason to consider the United Club℠ Infinite Card that currently includes lounge access.

While United hasn't shared if there are other United Club Fly locations in the works, we're happy to see that United Club members now have another Denver option with their membership.

Related stories
What are points and miles worth? TPG’s December 2022 monthly valuations
Capital One Venture X to lose Priority Pass restaurants and spa services as of Jan. 1, 2023
December 2022
Current Hyatt promotions: Bonus points on stays and dining plus double stay credits
Featured image by KYLE OLSEN/THE POINTS GUY
Editorial disclaimer: Opinions expressed here are the author’s alone, not those of any bank, credit card issuer, airline or hotel chain, and have not been reviewed, approved or otherwise endorsed by any of these entities.