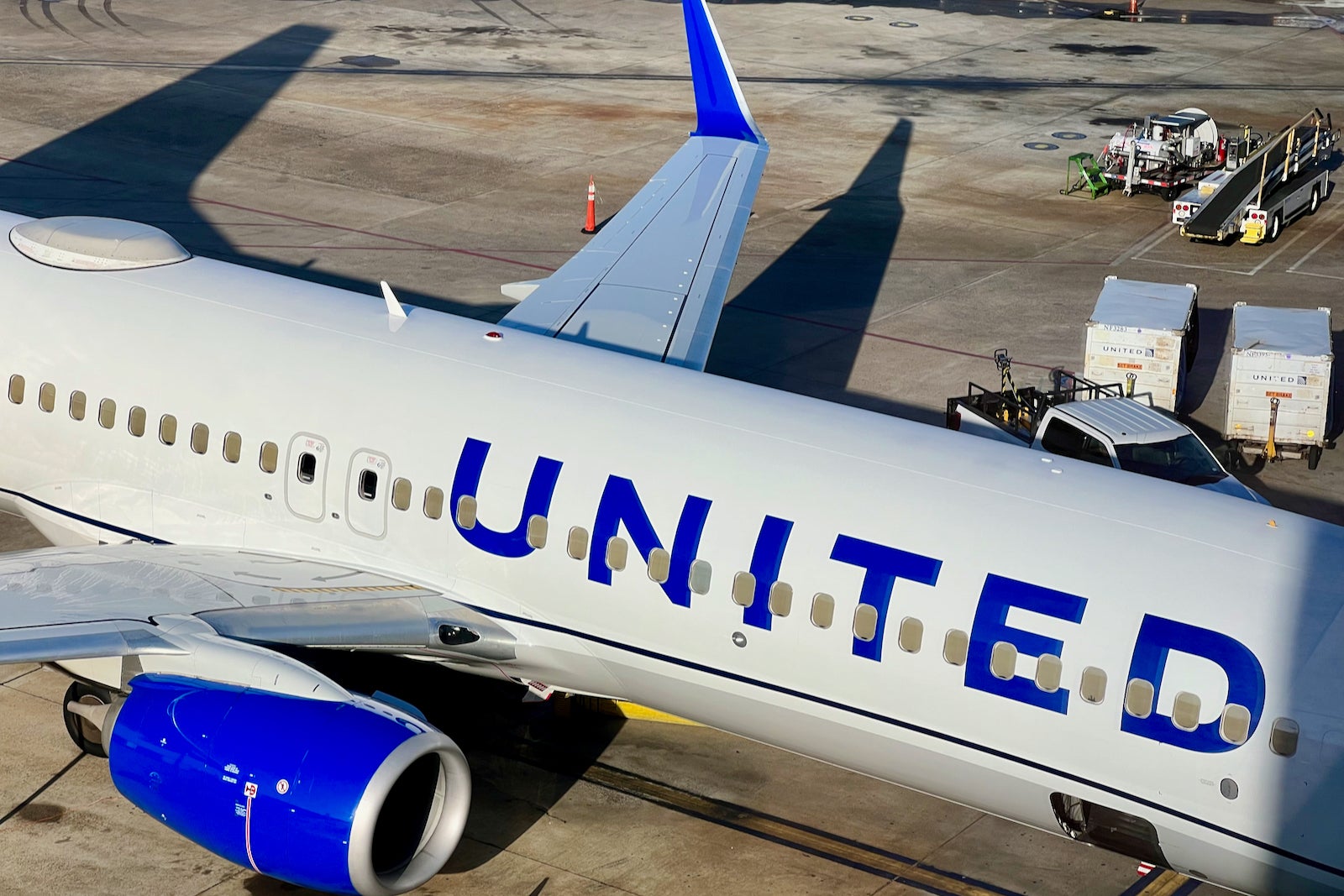 Even though the leaves are just starting to change colors, United Airlines is already gearing up for summer 2023.

The Chicago-based carrier announced on Wednesday its transatlantic schedule for next summer, which consists of a big expansion in existing markets, as well as a few "new" lines for its route map.

United's big transatlantic expansion announcement has turned into an annual tradition, with the airline teasing the new markets on its social media channels to drum up excitement for the flights.

This year's iteration doesn't feel nearly as exciting as it did last year — there are fewer new markets and the airline seems to be boosting "bread-and-butter" routes that have historically been popular before the pandemic.

That said, the airline is growing overall transatlantic capacity by 10% relative to 2022, according to the carrier's senior vice president of global network planning and alliances, Patrick Quayle, so there's definitely some notable growth.

"Today's announcement affirms our position as the flag carrier of the United States and our commitment to giving customers more access to more destinations," Quayle said in a briefing call with reporters.

United is adding three "new" destinations — Malaga, Spain; Stockholm; and Dubai — to its transatlantic network next summer. While all three markets are "new" according to Quayle's definition (whether or not they were flown last year), both Stockholm and Dubai technically mark resumptions for the airline.

Here are the details.

United will add a new route-map pin next summer: Malaga, Spain. This popular spot on Spain’s Mediterranean coast will be connected with Newark on a three-times-weekly basis beginning on May 31, 2023.

The airline will deploy a Boeing 757-200 on the route, which features 16 lie-flat Polaris business-class pods, 45 extra-legroom Economy Plus seats and 108 standard economy seats. This single-aisle jet does not feature a Premium Plus cabin, nor does it feature direct aisle access in business class.

A 10-hour flight is a lot more snooze-able in first class – see how many points away you are from a cozy, 30,000 foot slumber with the free TPG App!

Delta Air Lines has historically flown summer seasonal service between New York and Malaga, though that flight has been suspended since summer 2019 with no plans (yet) to resume. Without Delta's presence, United seemingly believes there's an untapped opportunity to serve this city.

It'll be interesting to follow how United fares in the market, and whether Delta responds by defending the route with a relaunch of its own service.

United's hoping for better luck with its second try at flying to Stockholm since the pandemic.

Last year, the carrier was gearing up to resume flights to the Swedish capital in May 2021, but that route was abruptly cut from the schedule just weeks before the first flight due to aircraft shortages. The carrier pulled all flights to Stockholm and didn't know when it would resume flights there.

Well, the carrier has now reaffirmed that it'll commence flights from Newark to Stockholm on May 27 aboard a Boeing 757.

United last flew to Stockholm in September 2019, and these flights for summer 2023 have already been on sale for a few weeks, despite United labeling them as "new" in its splashy press release.

This one shouldn't come as much of a surprise to aviation observers.

As part of United's new strategic partnership with Emirates, which was announced in September, United will once again connect the U.S. with Dubai with daily year-round service beginning on March 25.

This route was already announced in September and last operated in January 2016. United will deploy a Boeing 777-200 on its Newark to Dubai nonstop.

The flight's success is likely dependent on how many connections United can sell in conjunction with Emirates and Flydubai for travelers headed beyond Dubai to and from smaller markets in India, Africa and beyond.

In addition to the markets listed above, United is adding four new flights to cities it already flies to in Europe.

United will add its seventh European destination from its San Francisco hub beginning May 25, when the carrier commences daily seasonal service to Rome.

Rome is the largest unserved transatlantic market from San Francisco, according to Quayle.

West Coast-based flyers will now be able to connect with convenient one-stop service to Rome via San Francisco. United serves four gateways in Italy from the U.S. — Rome, Milan, Venice and Naples — more than any other airline.

Of course, Italy is a popular summer destination for Americans, and added service from San Francisco comes as the carrier predicts "very strong" demand for flights to Europe next year.

Ireland is another popular destination for Americans headed to Europe in the summer, and United is going to boost its Chicago O'Hare hub with two more transatlantic routes.

The first is to Shannon, Ireland, which will commence May 25 with seasonal daily service aboard a Boeing 757-200.

This one is also technically a resumption for United, as the airline last connected Chicago with Shannon back in September 2017, according to Cirium schedules.

Barcelona will also join United's expansion from Chicago, where it hopes to offer a "best-in-class" network, according to Quayle.

This new daily flight starts May 25 aboard a Boeing 787-8 Dreamliner, which features 28 Polaris pods, 21 Premium Plus recliners, 36 extra-legroom Economy Plus seats and 158 standard economy seats.

Chicago service to Barcelona will complement existing routes from Newark and Washington Dulles. This new route will give customers based west of Chicago additional one-stop opportunities to head to this popular Spanish city.

This capital-to-capital service was another route that was supposed to launch last summer but will now (hopefully) take off in summer 2023.

Earlier this year, the carrier cited "demand, costs and resources" as reasons not to start flying this 4,203-mile route, but those concerns now seem to have been resolved for next year.

United will become the only carrier flying this route when it launches on a daily basis May 25 aboard a Boeing 767-400ER.

United is just getting started on a year-long retrofit project for this 767-400ER fleet, and it expects to have a substantial number of these jets converted to the Polaris and Premium Plus configuration by next summer.

Doubling down on London, Paris

Two of the biggest European markets from the U.S. are London and Paris, and United is answering that call with expanded service to both capitals.

United will launch a second daily flight between Los Angeles and London Heathrow on March 25.

This flight will be operated by a Boeing 787-9 Dreamliner, which features 48 Polaris pods, 21 Premium Plus recliners, 39 extra-legroom Economy Plus seats and 149 standard economy seats.

All London flights will be operated by wide-body jets equipped with Polaris and Premium Plus cabins in summer 2023, replacing any of the Boeing 757-200 service that the airline has historically operated there from Washington Dulles.

United is using a new slot pair to fly the additional L.A. to London service, but the carrier didn't mention where it acquired the slots from — or how much it cost to get them.

Interestingly, the move to double down on service to London from Southern California comes just weeks after Delta announced its own plans to resume flying this 5,456-mile route next summer.

Perhaps United now feels the competitive pressure to outdo Delta with additional flights to the U.K. capital now that its rival is entering the market once again.

Another market that'll get a second daily flight is Washington Dulles to Paris. This additional frequency launches June 2 and will be operated by a Boeing 787-8 Dreamliner seasonally during the summer.

The expanded Paris service joins existing United flights to the City of Light from Chicago, Newark and San Francisco.

The only one that will be dropped is Bergen, Norway, which "did not meet our thresholds and so it won't be coming back," said Quayle.

You'll find a full recap of United's newly announced service in the chart below.