United's making a big change, with 7 implications, to its newest long-haul market 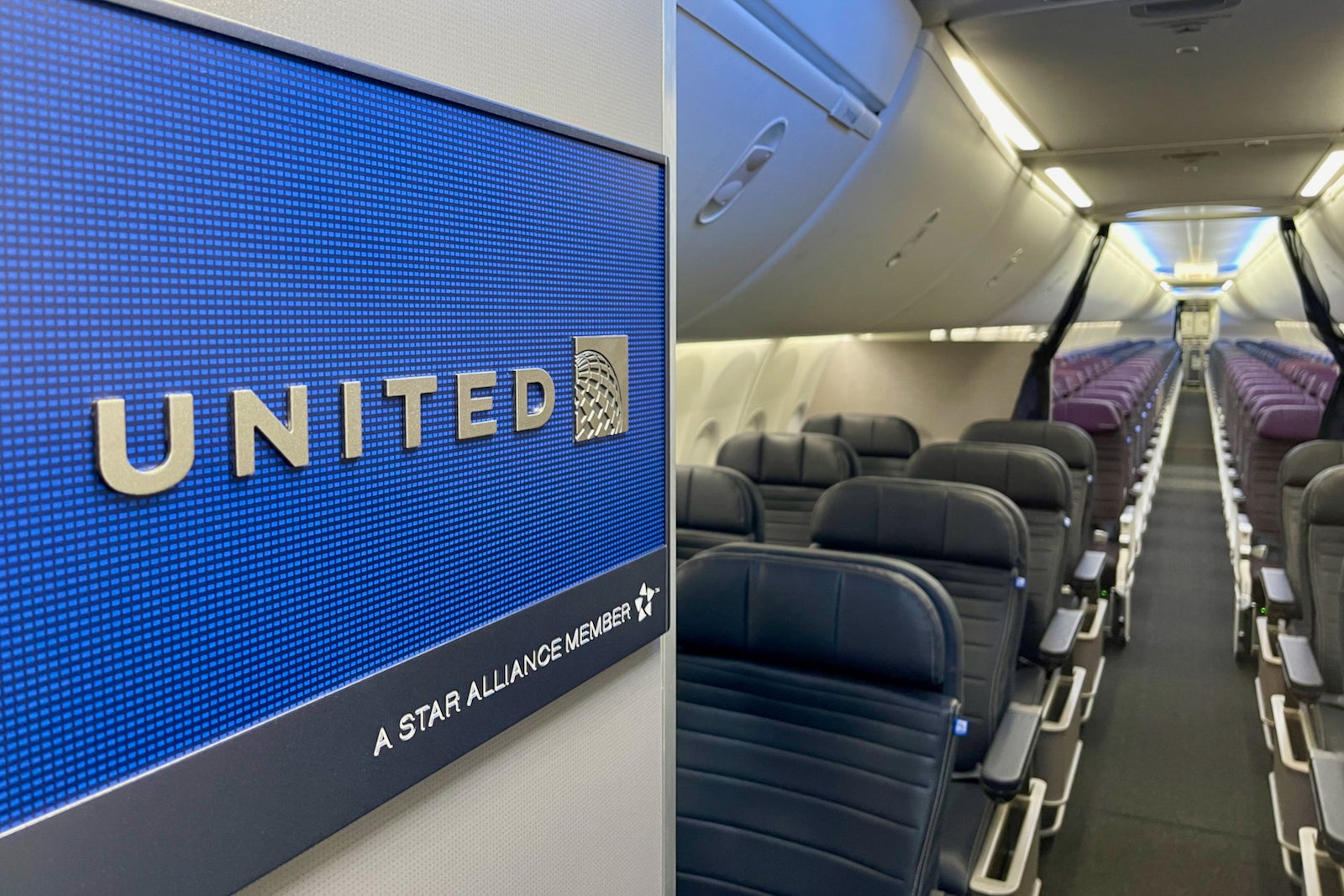 United’s got five new flagship international destinations coming this summer — but one route is especially unique.

Specifically, the airline is planning to connect its Newark (EWR) hub with Ponta Delgada (PDL) in the Portuguese island territory of the Azores beginning on May 13. And at 2,576 miles, United will fly its fuel-efficient Boeing 737 MAX 8 for the six-hour flight — and not a wide-body jet with lie-flat Polaris business-class pods that'd you'd typically find on a transatlantic route.

Instead, the 737 MAX 8 is outfitted with 166 seats, split between 16 domestic first-class recliners, 54 extra-legroom Economy Plus seats and 96 standard coach ones.

When it first put the route on sale in October 2021, the airline originally marketed the forward cabin as Polaris. Then, it stopped selling the recliner seats entirely.

Now, the cabin is back on sale, but it's instead being marketed as Premium Plus, which is the carrier's term for its international premium economy product, a spokesperson confirmed to TPG.

Though it might appear like a simple change on the surface, the move has some big implications for those seated upfront.

United's Premium Plus fares do not include any lounge access.

The airline offers discounted United Club access for travelers booked in these seats on select long-haul flights, but this isn't always a great deal for anyone paying a premium for the bigger seats.

It especially stings for the few passengers who previously bought tickets when United was marketing the cabin as Polaris. That's because they'll no longer be admitted to the business-class-only Polaris Lounge in Newark (and in connecting points along their journey).

Instead of restaurant-style a la carte meals with top-notch drinks, Premium Plus flyers headed to the Azores will either need to wait at the gate or pay an additional fee to use the much less premium United Club in Newark (assuming that one-day passes are even available for sale on your travel date).

Of course, United could include a carve-out for lounge access for its Premium Plus flyers headed to the Azores, but we haven't heard anything yet.

Long-haul Polaris passengers receive a bunch of goodies on their flights. This includes a well-stocked amenity kit, along with a Saks Fifth Avenue-branded duvet, plush pillow and gel support pillow.

Meanwhile, Premium Plus gets a downsized amenity kit, a flimsier pillow and a Saks-branded day blanket.

If you're paying extra to fly in style to Ponta Delgada, you may want to bring a neck pillow, as you won't receive the full long-haul business-class amenity collection.

Premium Plus offers a better dining experience than coach, but a downgraded one compared to Polaris.

While your meal will be served on "real" china and flatware, the options are limited. Expect a smaller selection of wines and spirits, and the portion sizes, as well as the appetizer and dessert options, will be pared down.

Of course, the difference in the dining options will vary by flight, and it'll depend on whether United brings back more of its pre-pandemic offerings in the coming months.

While the onboard experience will reflect that of premium economy, so too will the pricing.

Now, the cheapest round-trip fares for Premium Plus are available for as low as $1,250 round-trip.

In fact, taking a look at the flexible search calendar on United's website shows that only a handful of flights are priced at more than $2,000 for the round-trip in Premium Plus.

Upgrades will be cheaper

For Premier Platinum and 1K members looking to use PlusPoints (United's upgrade currency), you'll now need to redeem 20 of them for the one-way bump. Meanwhile, upgrades to Polaris business on long-haul flights cost either 40 or 80 PlusPoints, depending on which economy fare class you originally purchased.

Additionally, those redeeming MIleagePlus miles for the upgrade to Premium Plus will enjoy discounted rates (and no cash co-pays) relative to Polaris. You can find the full table of rates on United's upgrade calculator here.

United first rolled out Premium Plus fares back in 2018, and it still hasn't figured out a logical pricing algorithm for award seats in the cabin.

Oftentimes, you'll find Polaris — which offers a much better experience — priced significantly lower than Premium Plus.

One-way awards for the Ponta Delgada flight start at 58,900 MileagePlus miles in premium economy — just 1,100 fewer miles than a saver award previously cost in Polaris. The rates climb to as high as nearly 150,000 miles for the one-way flight.

Furthermore, if you're planning to book an award to Ponta Delgada, you'll now need to redeem MileagePlus miles. The other Star Alliance loyalty programs, including Air Canada Aeroplan and Singapore KrisFlyer, don't have access to premium economy awards on United.

This one is simple.

When you book a connecting itinerary that involves an international premium economy segment, you'll be seated in the economy cabin for the domestic portion of your itinerary.

So, for those traveling with United to the Azores, beware that your connection will be in economy, even if you're splurging for the forward cabin on the longer segment from Newark.

While United is now marketing the forward cabin as Premium Plus on the new Ponta Delgada flight, the airline isn't tweaking anything about the "hard" product.

The 16 domestic first-class recliners are arranged in a 2-2 configuration, with large entertainment screens, generous recline and an oversized tray table as well as a cocktail tray.

Interestingly, United's move to market the forward cabin as Premium Plus matches Delta's playbook when it flies Boeing 757-200s outfitted with domestic first-class recliners to close-in leisure destinations, such as the route between Minneapolis-St. Paul (MSP) and Reykjavik (KEF).

(When Delta sells connecting itineraries on these routes, it books flyers into the Comfort+ cabin on domestic segments.)

United's gearing up for an exciting summer with a slew of new routes and long-haul destinations.

But as the airline gets ready for its flight to the Azores, it's making an interesting move in how it sells the premium cabin.

Instead of marketing it as a long-haul Polaris business class — like it did when the route first went on sale in October 2021 — it's now getting the Premium Plus designation.

The good news is that the airline is bringing down fares to match the product downgrade, but these tickets won't include lounge access, as well as a slew of other onboard amenities.

Ultimately, it's likely the right move for United, since it'd be quite misleading to charge $3,000 or more for a Polaris seat, only to get onboard the 737 MAX 8 and find a domestic first-class recliner ready to take you on the six-hour journey to the Azores.