You Can Now Book United Premium Plus With Miles and Cash 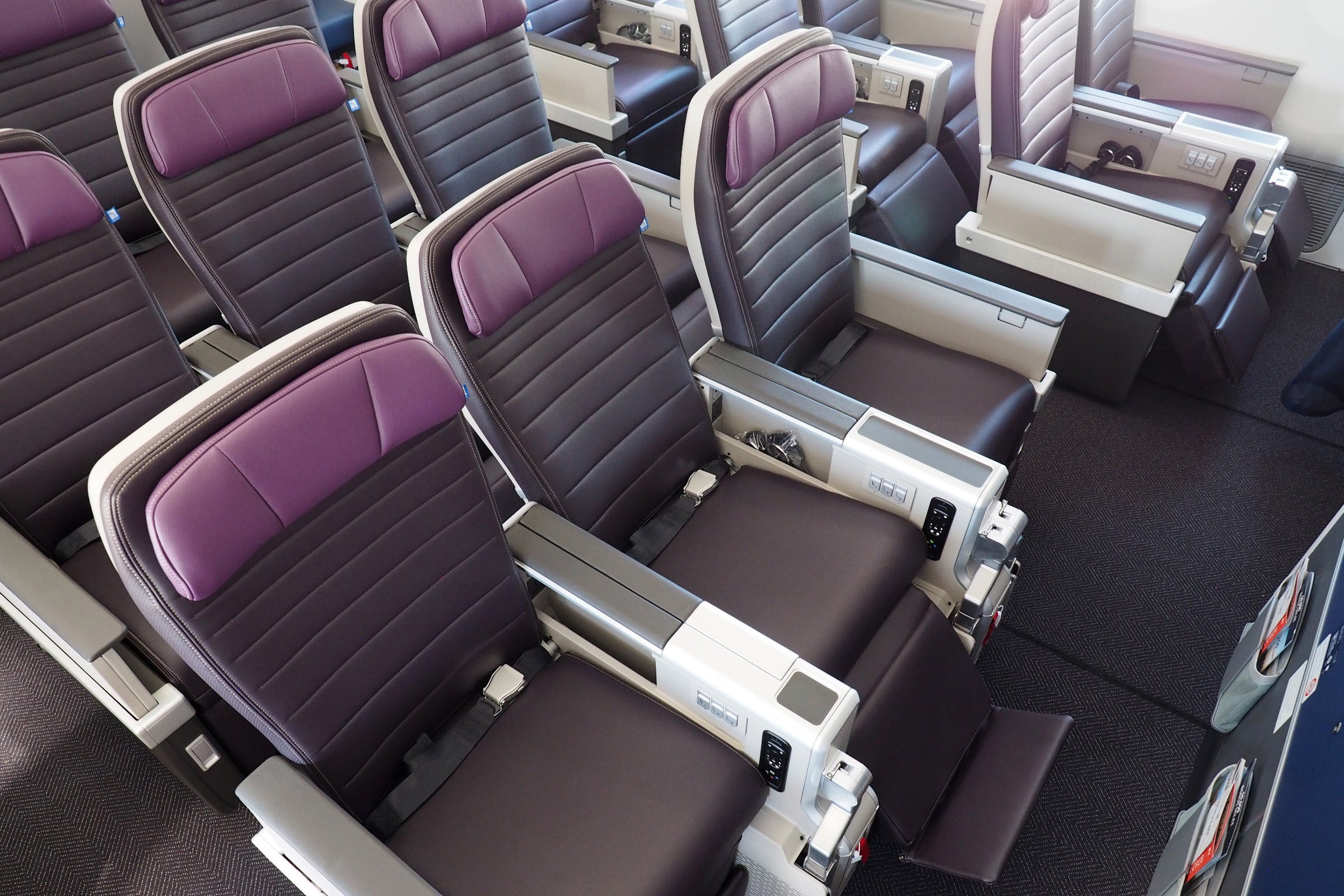 United's new Premium Plus seats — akin to newer first-class seats you'll find on flights within the US — have been available on some of the carrier's 777s as the airline works to retrofit its Boeing 777-200ER and 777-300ER fleets.

Since they're only available on select aircraft — and not assigned to specific routes — seats in the Premium Plus cabin have been up for grabs for the same price as Economy Plus, making them free for elites. That'll end on 20+ international routes once the product officially begins to roll out, on March 30, 2019.

I've detailed the full roll-out timeline here — you'll find Premium Plus on routes ranging from Newark (EWR) to Hong Kong (HKG), one of United's longest, to Newark to Dublin (DUB), one of the shortest in United's transatlantic network — but since the product finally went on sale today, I wanted to dig into airfare and award rates as well.

If you're hoping to fly on inaugural day (or even a few days later), you'll probably be in for a bit of a surprise. Premium Plus fares are incredibly high — in some cases, you'll even pay more for premium economy than you will for United's new Polaris business class.

That's more the exception than the norm, of course — in most cases, Premium Plus is only a few hundred dollars more than coach.

Fares vary a ton depending on the route and travel dates, but you should always expect to pay more than economy.

One important note is that all Premium Plus fares can be upgraded to business class using a Global Premier Upgrade (GPU), so you don't have to purchase a certain fare class as you do with regular coach. You'll earn 150% Premier Qualifying Miles, plus 1.5 Premier Qualifying Segments as well.

While you can currently use your United miles to book Premium Plus flights, it's not a good deal. United only offers one fare class for awards — ON, labeled "lowest award" — and it appears that the airline has yet to load discounted saver availability to its new Premium Plus routes.

As a result, award rates are currently as follows:

In many cases, you'll actually find business-class award availability for considerably less than Premium Plus, in which case the Polaris cabin is certainly what you should book.

Unfortunately these higher rates appear through the end of 2019, though I imagine United will load discounted award rates at some point.

Another option is to book economy and upgrade, though as with other cabins, you can't upgrade award tickets without redeeming for the higher rate. Cash fare upgrades can be reasonable though, such as the $283 upgrade I was offered for Hong Kong to Newark.

You can also use miles to upgrade paid tickets — that same Hong Kong to Newark flight requires 30,000 miles each way, but without the cash co-pay you'll pay for biz.

Premier 1K and Global Services members can move up to Premium Plus with a Global Premier Upgrade as well — upgrades to Polaris business class remain available as well, and if you choose both cabins and clear into Premium Plus, you can also opt to join the upgrade waitlist for biz.

While cash fares can be incredibly expensive on certain flights — especially around that March 30 launch — they're generally reasonably affordable, at just a few hundred dollars more than coach. At 120,000 miles and up for awards, however, it almost never makes sense to redeem for Premium Plus — until United releases saver space, at least.

Related stories
Bask Bank raises the mileage earning rate on its AAdvantage savings account — what you need to know
Targeted Premier 1K members eligible for bonus miles when checking in and checking a bag on the United app
Current airline elite status match and challenge options you should know about
Business-class deals are back: This month’s Flying Blue promo awards
Featured image by United Premium plus on the 787-10 Dreamliner. Photo by Zach Honig.