Articles
Max Prosperi is a part-time frequent flyer and travel writer and full-time student. Based in St. Louis, Missouri, Max covers a variety of topics with a focus on points, miles, and aviation.
Follow
May 14, 2019
•
3 min read 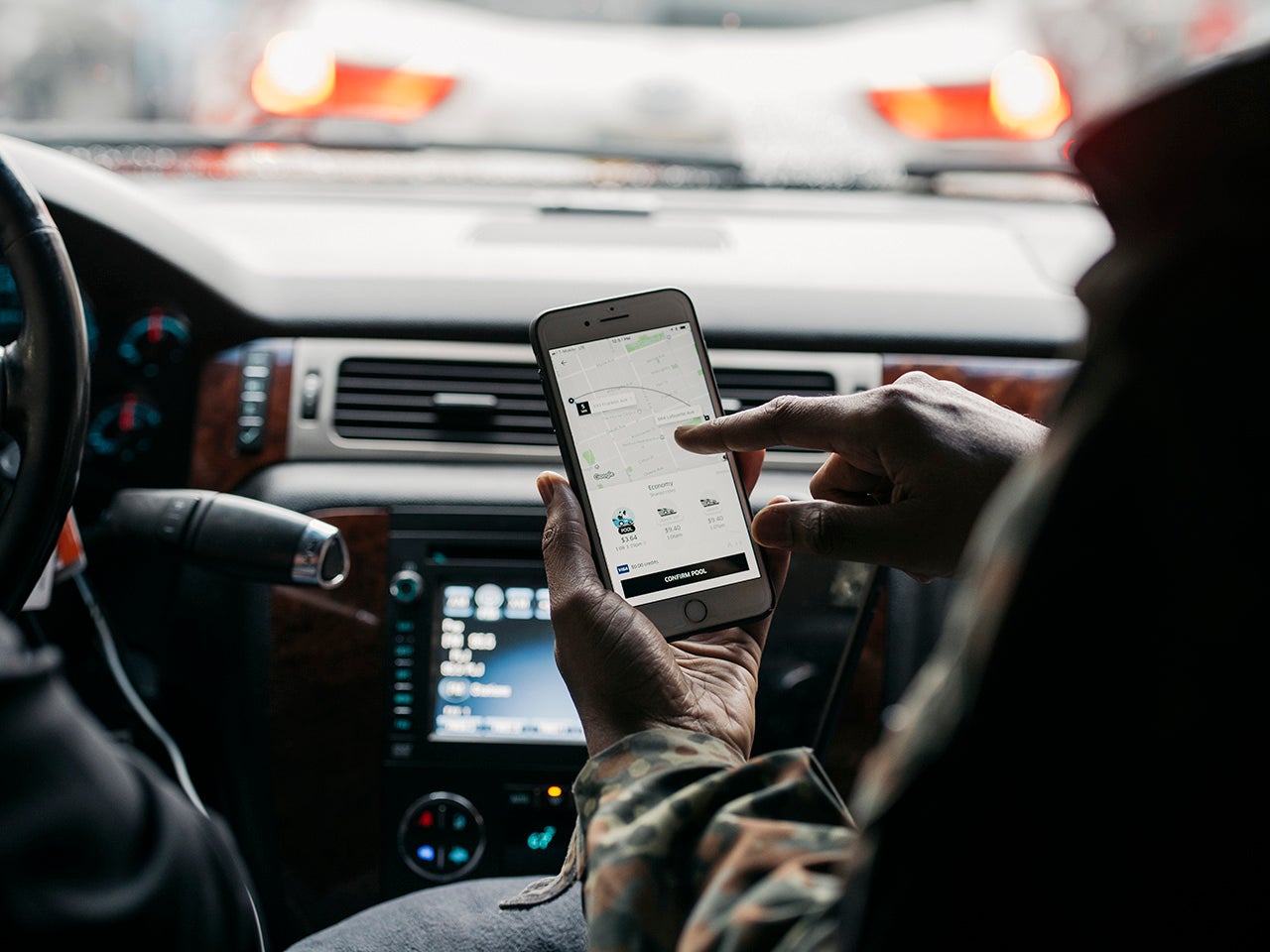 Uber's Testing a Big Change to Airport Pickups
This post contains references to products from one or more of our advertisers. We may receive compensation when you click on links to those products. Terms apply to the offers listed on this page. For an explanation of our Advertising Policy, visit this page.

Uber wants to make airport pickups more efficient. With ride-hailing services like Uber and Lyft becoming the preferred method of transportation for many travelers, plenty of airports have yet to fully adapt to Uber's popularity. This has resulted in congestion on airport roadways and sometimes poorly marked or located pickup zones. Today, the ride-hailing company took a step in improving airport pickups with the launch of Uber PIN at Portland International Airport (PDX).

What Is Uber PIN and How Does It Work?

Uber PIN is a pilot program available only at Portland International Airport. The feature exclusively works with Uber's economy service, UberX, and changes the way in which you hail your ride. Typically, riders launch the Uber app, select or locate a pickup zone, set their destinations, and finally, request their ride. Riders must wait at the pick-up zone for a few minutes as the driver makes their way to the rider.

In some markets, Uber's current model works quite well. However, in others, Uber's airport pickup procedure has become inefficient with long wait times, canceled rides and congested roadways.

Rather than requesting a ride and waiting for a driver to be assigned to you, Uber PIN allows riders to walk up to available drivers, share their code, and take that Uber to their destination.

At Portland International Airport riders will input their destinations, request a ride, and then be instructed to head out to the designated pickup zone. All riders will receive a six-digit personal identification pin. Once the rider arrives at the pickup area, they will join other riders in line. When they're at the front of the queue they'll hop in the next available Uber and share their code with their driver. Once the PIN has been entered into the driver app, the rider's info will populate and the trip will begin.

Essentially, Uber is creating its own taxi stand-style pickup service. Lyft is currently testing a near identical feature at San Diego International airport.

Though this is the first time Uber PIN has been used at a major US airport, this isn't the first time Uber has deployed the feature. Uber PIN was first piloted at Bangalore Airport (BLR) in India. The feature has previously been deployed at events that see large crowds including the Kentucky Derby in Louisville, KY, and a Formula 1 race in Australia.

For now, Uber PIN will only be deployed at Portland International Airport. However, Uber notes that the company sees potential opportunities at other major US airports. The ride-hailing service also noted that at some airports, Uber's traditional airport pickup method will remain the most effective way to operate.