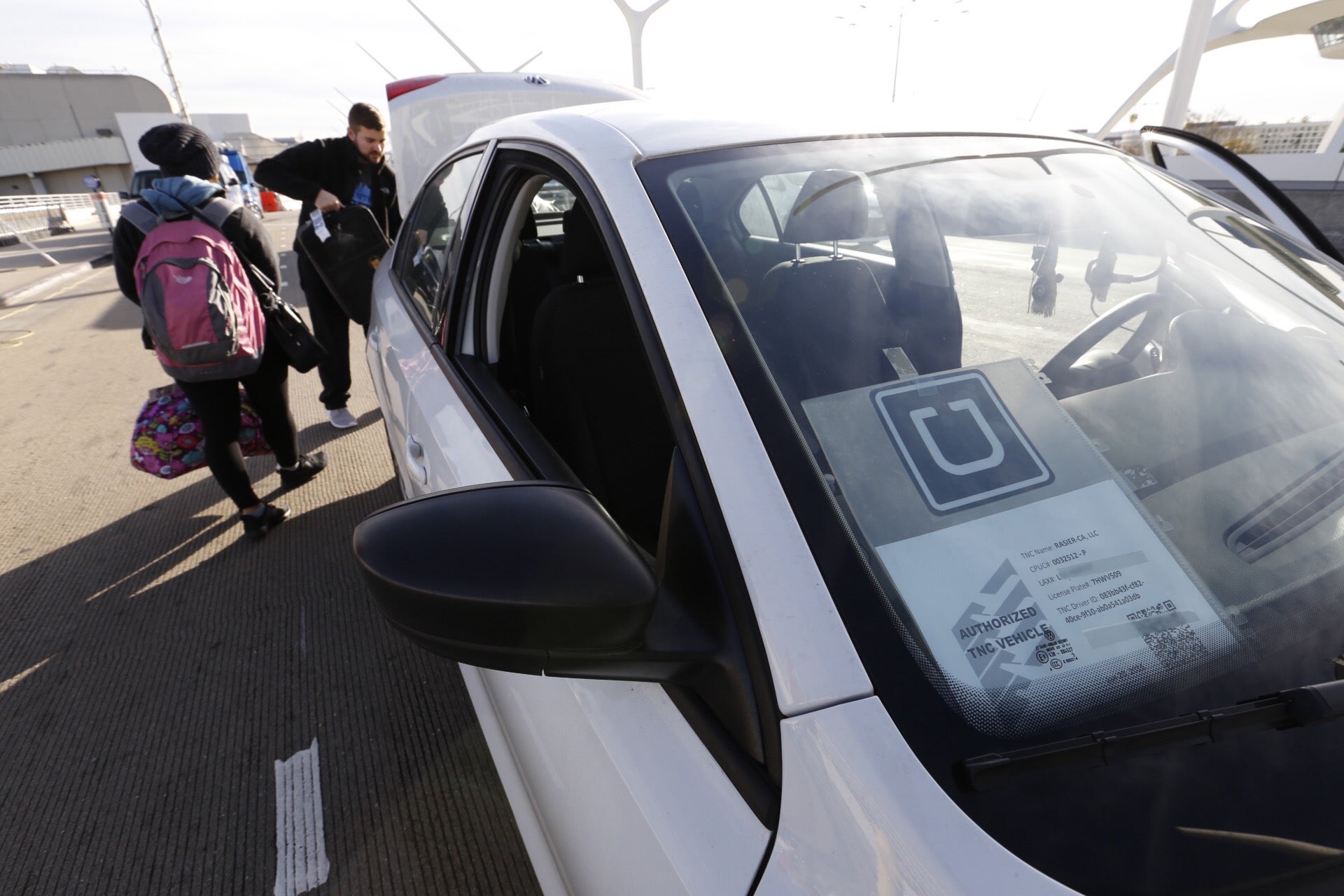 In case you missed it, New York City's LaGuardia Airport (LGA) is a mess. It originally opened back in 1939 — and certainly feels this old in some parts — and today, handles roughly 30 million passengers a year as one of the three major NYC airports. Due to its age and constant state of disrepair, LGA is in the midst of a $4 billion "redevelopment" project, and while this is generally good news, it's created an even bigger mess in the meantime. So, if you haven't already heeded our advice to avoid LaGuardia entirely, here's an idea of the transit nightmare you can expect to encounter when you land there.

Port Authority stats show that 75% of passengers going to and from LGA use a taxi or car service. Problem is, the airport made it a lot harder to do so for passengers arriving into Terminal B. Pick-ups are forbidden from outside the terminal — and there are officers there ready to enforce this. I even saw an Uber driver being threatened with a ticket as his riders were about to put their bags in the car — then again, these riders had passed plenty of signs indicating this wasn't allowed, including some shown on monitors in the baggage claim, like this one:

When I was arriving, there was an Uber representative in the terminal offering assistance and telling riders how to meet up with their drivers.

Outside in the former pick-up area, there are large signs saying "Where's My Ride?" saying that you'll have to take a shuttle bus to a specific pick-up area for "Car Services: App-Based Rides and Black Car Pick-up."

Along the way toward the shuttle, there are signs counting down the distance — including measurements in feet, minutes and city blocks, an officially-recognized unit of measurement here in the Big Apple.

This time around, I opted to use public transit, but TPG's Associate Editor Emily McNutt and Senior Writer Julian Mark Kheel recently went through this process: The shuttle bus takes you about five minutes away to a separate lot where passengers have to track down their Uber driver in a sea of cars. Unfortunately, since you have no longer have any control over the exact pick-up point, many drivers and riders alike have resorted to just yelling out names to find each other. As you can imagine, it's quite a mess.

Unlike New York City's other airports — JFK and Newark (EWR) — LGA doesn't have an "AirTrain" to ferry passengers to and from the terminals, so all connections are going to be via ground transport — unless, of course, you can afford $695 for a helicopter transfer. To get to Manhattan, your best bet is to take the M60 bus — which connects you to the N and W lines (in Astoria) and northern parts of Manhattan and the Bronx (via the 2, 3, 4, 5, 6, A, B, C and D subway lines) — or the Q70 bus, which connects to the 7, E, F, M or R subway lines and Long Island Rail Road. Additional transit connections are listed in the chart, below.

Unfortunately, this isn't an easy process either. As noted on signs in terminal B, "All Public Buses and Airport, Hotel and Car Rental Shuttles have Relocated to the Departures Level," so you're going to have to make your way from the baggage claim up to the departures level and go outside to catch all buses and shuttles.

Once you make your way to the pick-up area, you might not notice through the crowds that there are ticket machines at the bus stop. These are important as you can't pay through any method (cash/credit/MetroCard) on-board and you must have a ticket before boarding. Thankfully, the buses are large though. There was some jockeying for position as the Q70 bus arrived, but everyone in the crowd of passengers waiting with me was able to fit — although it was standing-room only.

But the crowds don't end there. Once the bus dropped passengers at the Roosevelt Av/Jackson Heights 7 train station, there were large crowds of riders all hoping to catch the same subway.

As we've already noted, LGA is quite a mess. Through at least 2021 — when the project is supposed to be completed — you can expect major hassles and headaches when flying through here. Before then, we hope that the airport can make the rideshare pick-ups process easier than it currently is and run more shuttle and subway-connecting buses to help ease conditions for those flying in and out of this popular NYC airport.