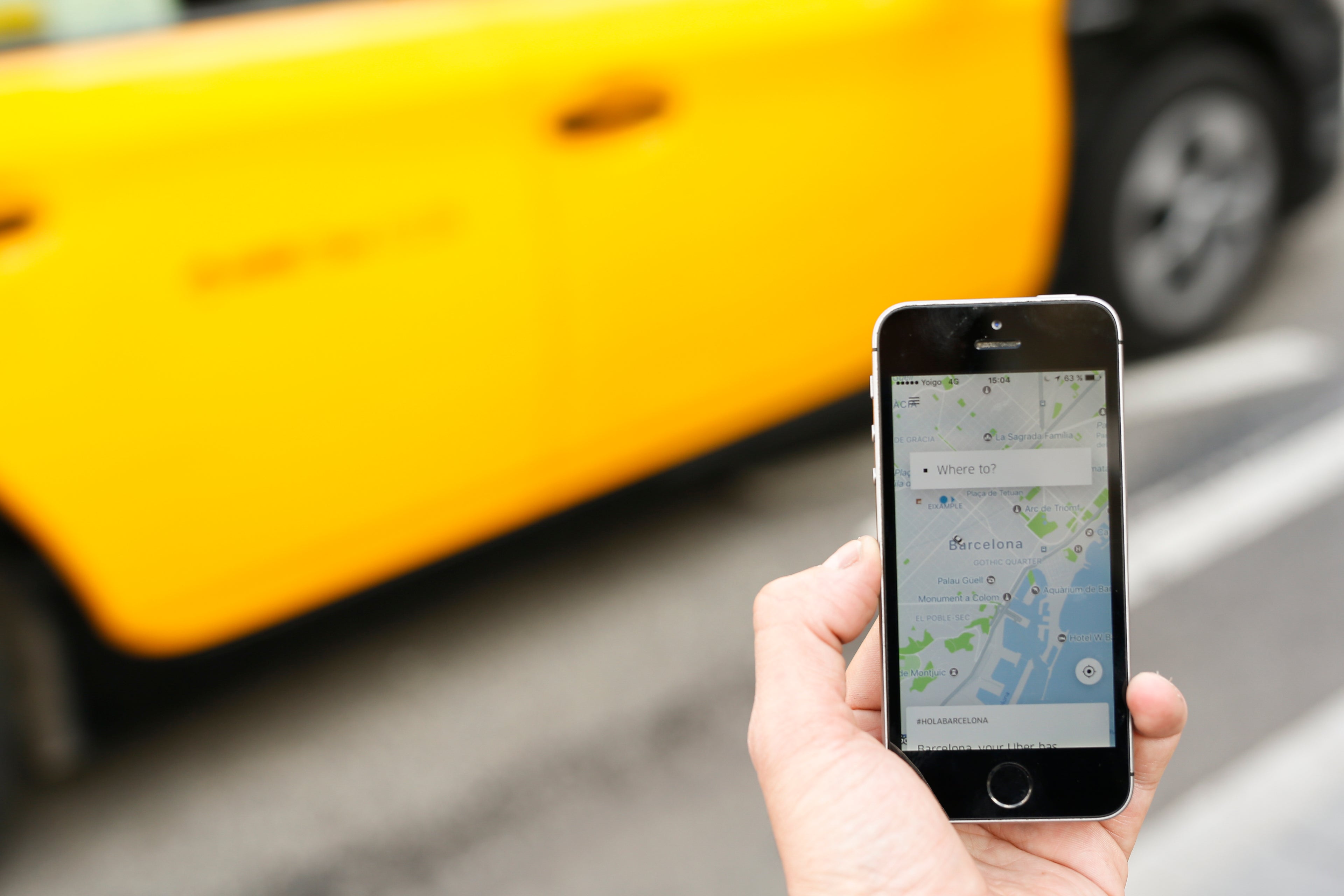 Why Your Uber Driver May Force You to Cancel Your Ride and Pay a Fee
This post contains references to products from one or more of our advertisers. We may receive compensation when you click on links to those products. Terms apply to the offers listed on this page. For an explanation of our Advertising Policy, visit this page.

Over the years Uber has branded itself as a company that offers a convenient, seamless experience when ordering a ride. Around the world, Uber says it completes 15 million rides every day.

But a recent spate of cases is going counter to that narrative.

Over the past several weeks, reader reports have flooded into our Tips email inbox describing situations where Uber drivers are seemingly forcing passengers to cancel rides and sticking them with a cancellation fee and no ride. TPG staffers have experienced similar events, and TPG himself has dealt with the problem too.

This usually occurs at airports, but more and more commonly on ordinary rides too.

In many reader reports, passengers arrive at the airport after a flight and head to the taxi or ride-hail pickup area, and order an Uber. They get matched with a driver, who then calls and asks where the passengers are going. When told the dropoff address, they respond with something along the lines of "That's too far, can you please cancel the ride?" But since it's been longer than two minutes since ordering the car, that's past Uber's time limit for canceling a ride without incurring a $5 fee (or $10 for an SUV or black car).

TPG reader Caitlin Higgins had this happen to her twice recently at Los Angeles International Airport. After telling the driver her destination, the driver would ask her to cancel the ride over the app's messaging service. Both drivers continued to tell her to cancel, even after Higgins told them that she was familiar with Uber's terms of service prohibiting this behavior.

"This happened to my wife and I in Madrid when we ordered an Uber to go to the airport," said TPG reader Ryan Benson. "The driver literally drove to the airport without us in hope that we would cancel. We didn’t but were charged (for) the trip almost €25."

"Happens frequently out of PBI. I’ve tried getting downtown ($7 UberX) before being subjected to the calls asking for destination or the no-shows," TPG Lounge member Jayson Schmidt said. "Most want a longer trip to make waiting in the queue worthwhile. It usually results in a game of chicken to cancel... and once I literally waited an hour for a driver to cancel."

TPG Senior Points & Miles Writer JT Genter was in Paris in August when he requested an Uber to get from his airport hotel to Charles De Gaulle airport. After requesting, the driver asked where Genter was headed. But Genter, who's a former Uber driver himself, didn't respond because he had a feeling if he told the driver he just needed a short 10-minute ride, he would be asked to cancel.

Genter didn't respond and watched the driver, who was already at the airport, presumably pick up someone else on another ride-hailing app, and then drive all the way to downtown Paris. All the while, the Uber app indicated that the driver was still on his way to pick up Genter, despite the expected arrival time growing from 9 to 23 minutes away.

Although Genter didn't have to pay a cancellation fee, the app did warn him that he may have to. Uber's policy states you won't be charged a fee "if your driver is late by 5 or more minutes. The time is based on the ETA that's displayed when your trip is first accepted."

Prince Kohli, a former Uber driver who drove with the company for four years in Pennsylvania and New York City, confirmed Genter's suspicions. Kohli told TPG that some drivers will accept rides on Uber and if they aren't satisfied with the rider's destination they'll accept rides on other platforms like Lyft. They'll then block the number of the Uber rider who is trying to contact them, forcing the rider to cancel.

But this doesn't seem to be isolated to airports. Last weekend TPG himself ordered an Uber in New York, and after not being able to find the Uber at the location on the map and then calling the driver multiple times, he was forced into cancelling since his ride was completely missing.

We've seen many, many other stories, including over 180 comments on a TPG Lounge thread, describing similar incidents at airports and elsewhere.

But why is this happening? Are some drivers just sitting around trying to collect cancellation fees? Or is there something else to it?

"There are a lot of issues like this at airports because drivers have to wait in a digital queue for up to an hour for a ride," said Harry Campbell, author of the Rideshare Guide. "The most typical thing that you'll see with drivers at airports is them calling for your destination. And the reason they do this is because they don't want to wait in line for an hour and then get a short 10 or 15 minute ride, they're hoping for a nice long one-hour ride."

This is because drivers can usually make more money on longer rides, and when they come back to the airport, they may have to wait in an hour-long line to get paired with another airport passenger. Higgins told TPG that her destination was just a few miles away from the airport — meaning it wouldn't be a very lucrative trip for the drivers who were picking her up.

"Drivers are bad because of the company's policies," Kohli said. He claimed that if he accepted a short ride originating from the airport that only made him $15, and wanted to return to the airport for a new ride, he could sometimes wait two to three hours before Uber matched him with a new airport pickup. Kohli added that drivers pay more in gas costs, running their car's AC or heat while they wait for passengers at JFK, than what these short rides will pay them.

"You've got to feed your family and you've got to pay your bills, that's all that matters," he said, referring to why drivers may force riders to cancel so they can get a more lucrative trip. Drivers have found other innovative ways to make a little more on the platform, like purposely taking riders on longer routes because Uber gives drivers a larger cut of the fare based on the distance of each trip.

Still, Uber's terms of service actually bar drivers from asking riders their destination before they are picked up — and doing this can lead to serious consequences for drivers.

Campbell acknowledges that the "smaller-scale scam" of forcing riders to cancel in hopes of collecting the cancellation fees is occurring too, but caveats it with a few other possibilities, like a driver's poor navigation skills.

"Since many drivers do both Uber and Lyft, sometimes requests come in at the same time and drivers will do this to have the passenger cancel so they get a cancellation fee," said Campbell. "Some drivers are just trying to get the passenger to cancel so they can collect the fee."

However, Campbell doesn't think it's happening on a large scale, because drivers who have a higher than average cancellation rate can get removed from the Uber platform.

In a sense, Uber is incentivizing drivers not to cancel their rides even if they don't want to take them for whatever reason — therefore pushing drivers to want the rider to cancel, since that won't affect their cancellation rate.

The other issue is that Uber doesn't seem to do much about drivers who pull off these scams. In the few instances riders complained, they reported that Uber customer support sent canned responses.

While we didn't hear as many complaints about Lyft and other ride-hailing apps, people did seem to have experienced similar forced-cancellation scenarios.

"That happens a lot in every city that I called an Uber/Lyft/Cabify/99/etc.," said TPG Lounge member Francisco Duwe.

We asked Uber why this is happening and if the company is doing anything to stop it.

"This happens rarely, but we know it can be incredibly frustrating when it does. That's why we have a number of tools and policies in place designed to prevent riders from shouldering the cost for this type of behavior," an Uber spokesperson said. He pointed us to the cancellation policies on its help page and said that if a rider thinks they were incorrectly charged a cancellation fee, they can request a refund via the app or through this link.

The spokesperson added that if Uber detects that a driver isn't making progress towards the pickup location, the rider won't be charged a fee. He said that it happens rarely, and that rider perception can sometimes cause issues — i.e. it may seem like a driver is heading in the opposite direction, but they're really just avoiding construction or traffic.

What Can You Do?

Your main recourse after being forced to cancel a ride is to dispute the ride with Uber support, which you can do in the Uber app. Most readers seemed to have quick and easy experiences getting their cancellation fee refunded.

TPG News Editor Emily McNutt said she was instantly refunded her cancellation fee after her Uber from La Guardia airport started going in the opposite direction from where she was waiting.

"You can always contest a cancellation fee with Uber and they will usually instantly credit your account," said Campbell.

These near-instant refunds suggest that Uber may know it has a problem on its hands.