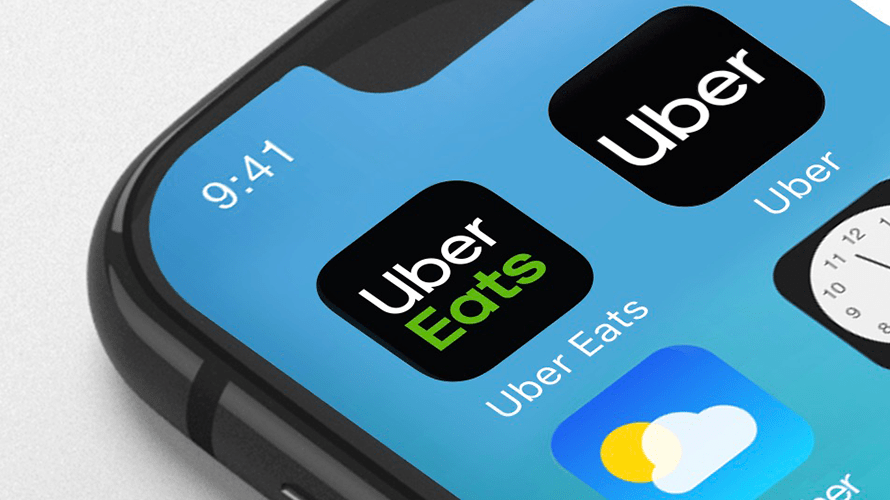 Uber Unveils New Logo... Again
This post contains references to products from one or more of our advertisers. We may receive compensation when you click on links to those products. Terms apply to the offers listed on this page. For an explanation of our Advertising Policy, visit this page.

Ride-sharing giant Uber was only established in 2009, but it's changed its logo almost as many times as years it's been in business.

After a year of trying to improve its image under new CEO Dara Khosrowshahi, Uber unveiled a new logo on Wednesday. You'll see the logo after updating the Uber app on your smart phone.

The logo, which is simply the company's name in white font against a black background, replaces the image of square embedded in a circle. That logo was in use from February 2016 until now, and before that it used a stylized "U" that was introduced in 2012. Before that, it changed its logo multiple times while it still referred to itself as Uber Cab.

As the company explains, it redesigned its logo because as it expands into products outside of cars like Scooters, bikes and even air transport, it wants to make sure its branding represents all of those options.

“As we expand our reach into our other markets and modalities, it’s super important that it’s very clear that when you’re getting into an Uber car or on an Uber scooter, you know that is an Uber product,” Peter Markatos, Uber’s executive director of brand told Adweek. “We weren’t achieving that with our current system.”

Uber's internal research team found that most consumers didn't associate the old symbol with Uber. Drivers would even sometimes turn around a decal in their car to show the word "Uber" instead of using the old logo.

“It doesn’t make sense to build more equity into something that people don’t understand,” Markatos said.

The branding team actually created it's own typeface, called Uber Move, which was inspired by other fonts like the one used by the London Underground, and Highway Gothic, which is used on American road signs.

The company also introduced a new mission statement: “We ignite opportunity by setting the world in motion,” which it changed from: “Make transportation as reliable as running water, everywhere, for everyone.”

The change in mission statement makes sense, especially after a TPG investigation showed there's a real issue with reliability — Uber drivers have been forcing riders to cancel their rides and pay a fee if the driver isn't happy with the rider's destination.

The app redesign prominently features bright blue, which Uber says is a "safety color." Uber's put an increased focus on security, and last week, it revealed a slew of new safety features for both riders and drivers. It wants the redesign to help riders "see" and "know" Uber better.

“Making sure that when an Uber shows up, then that’s very clear," said Markatos. "This has implications when it comes to safety, when it comes to accessibility, so we took this very seriously."