Uber Doubles Down With New Safety and Privacy Features 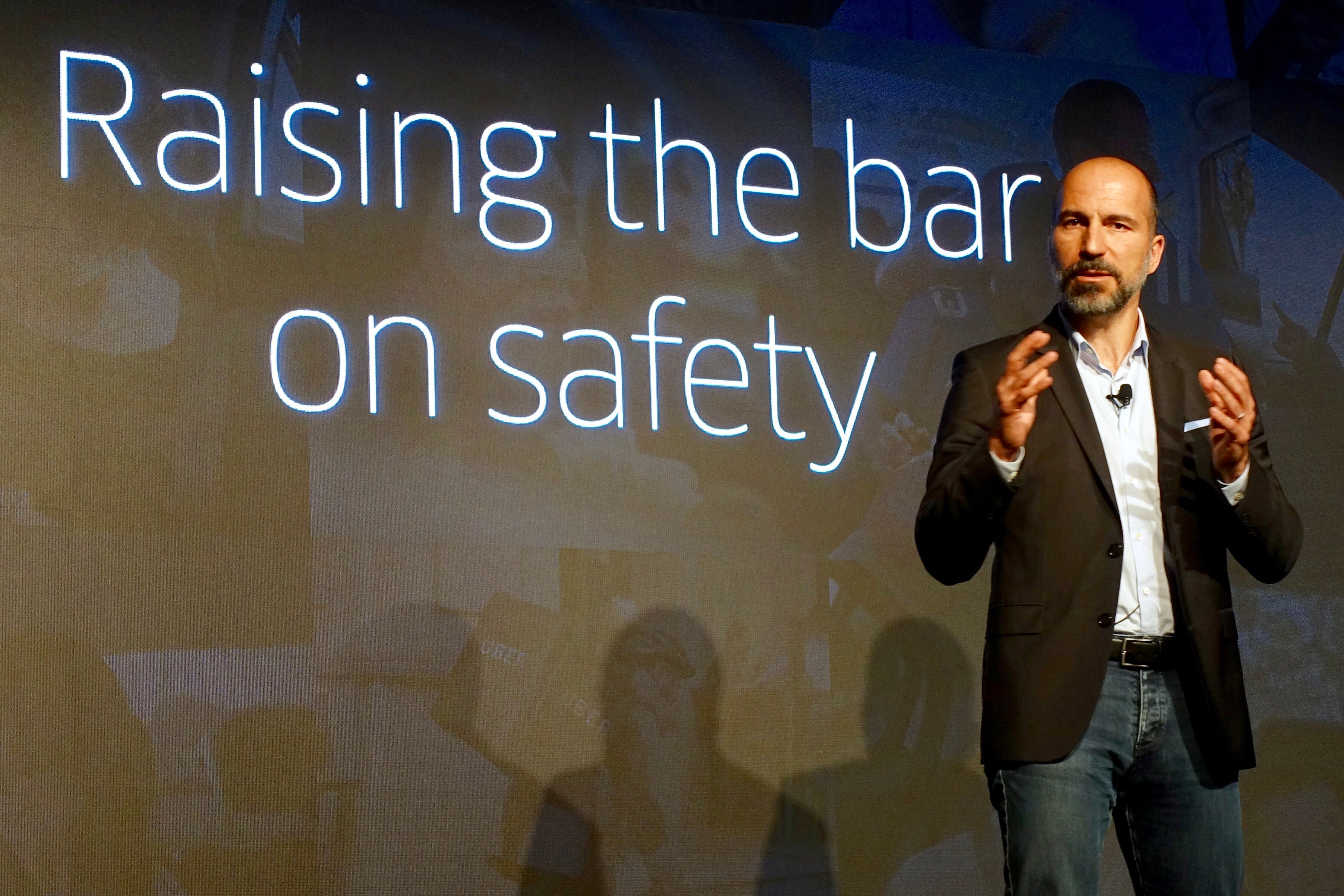 Uber Doubles Down With New Safety and Privacy Features
This post contains references to products from one or more of our advertisers. We may receive compensation when you click on links to those products. Terms apply to the offers listed on this page. For an explanation of our Advertising Policy, visit this page.

Exactly one year after Uber hired a new CEO, the company's new leader announced some big improvements to its safety and privacy features.

Uber's had to deal with many PR nightmares regarding driver and rider safety. Last week, an Uber driver shot and killed another driver who was tailing him and a recent report revealed that 103 drivers have been accused of sexual assault in recent years.

However, the company has been taking steps to improve its image and introduce new technology and policies to make Uber safer, including enhanced driver background checks and an in-app emergency alert button.

This morning at an event in New York City, Uber CEO Dara Khosrowshahi announced major enhancements to the way Uber deals with safety and privacy.

The first improvement on the rider side is a new feature called "Ride Check" that will roll out over the next few months.

Using a phone's sensors and GPS technology, Ride Check can detect if a car may have been in an accident or if something else has gone wrong during a ride. If the app thinks something is amiss, it will check in with both the rider and driver and offer a handful of options like call 911, contact the Uber safety line or tell Uber that everything is ok.

Additionally, if a ride has taken a longer than normal, the app will send a Ride Check notification asking if everything is normal. Khosrowshahi says this feature will eventually expand to work in other scenarios.

Uber's had to deal with an array of privacy concerns — it took a lot of heat after it was revealed that the ride-hailing company was tracking riders locations after they were dropped off.

But in an effort to increase user privacy and give riders a greater sense of safety, it's introducing "address anonymization." This will conceal specific pickup and dropoff addresses in the driver's trip history — now drivers will only see the general area where a trip started and ended. This build's on the ability to enter a cross street as a destination instead of an exact address, for those who don't want to share their final destination.

Uber says it has approximately 3 million active drivers across the world, and it wants to make it easier and safer for them to do their job. It plans on launching voice-activated commands that will allow drivers to accept rides and use with the app without having to look away from the road or tap on their screen.

"We want to be synonymous with safety," said Khosrowshahi, adding that this is just the beginning for Uber's journey toward becoming a safer company.

Its also expanding its 911 integration pilot to more cities where one's location and car information is automatically shared with 911 operators after the emergency button is activated.

And for those worried about their data and financial information's security, riders can use two step verification whenever they log-in to their account to make it harder for hacker's to gain access to their account.

Our points-obsessed staff uses a plethora of credit cards on a daily basis. If anyone on our team wouldn’t recommend it to a friend or a family member, we wouldn’t recommend it on The Points Guy either. Our opinions are our own, and have not been reviewed, approved, or endorsed by our advertising partners.
See all best card offers
Related stories
Guide
Delta SkyMiles Reserve Amex card review: Loads of perks plus a 95,000-mile offer
Guide
Monthly checklist: Credit card perks and benefits you should be using in October
News
American Airlines CEO says he doesn’t know if partner JetBlue has lie-flat seats
News
Hurry: Ride Lyft this month and earn 1,000 bonus Hilton Honors points