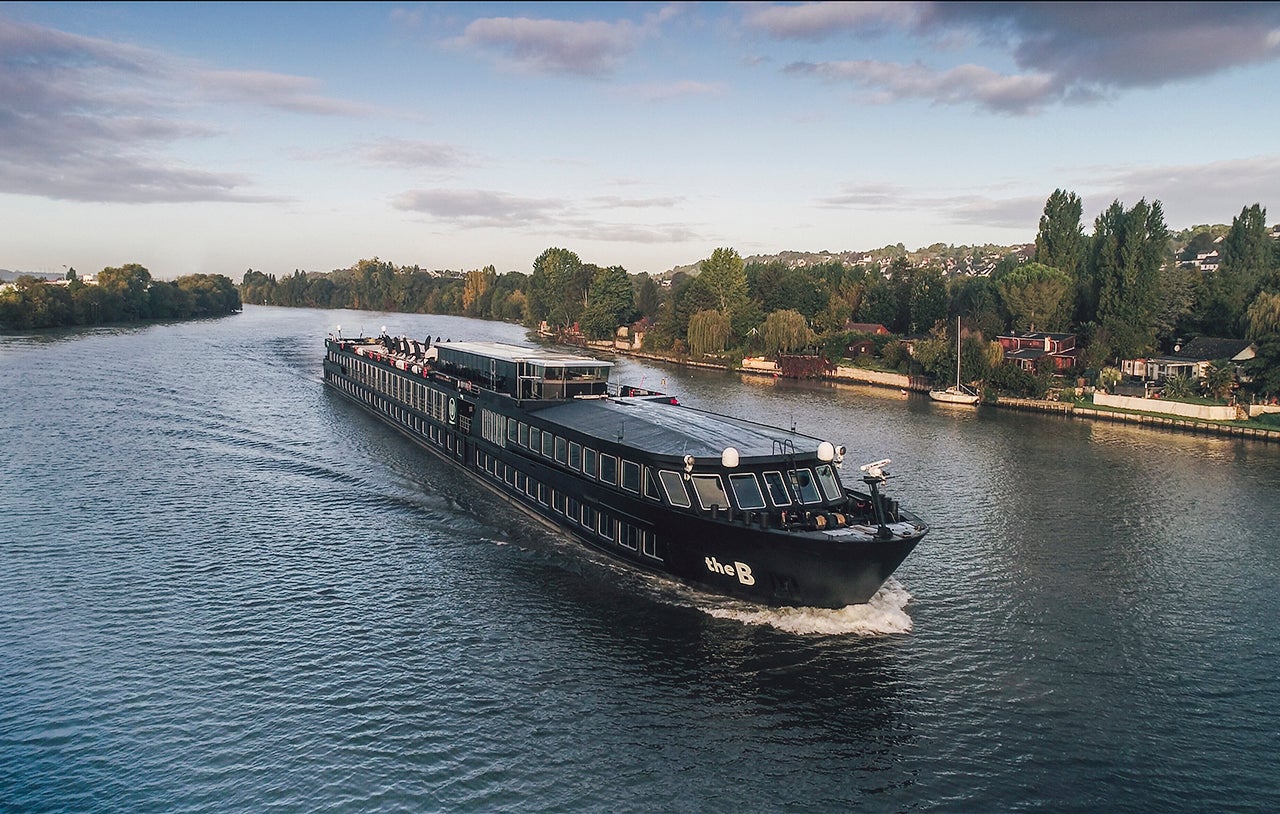 Drag Queens and Tattoos: This River Cruise Line Hopes Themes Will Attract Younger Sailors
This post contains references to products from one or more of our advertisers. We may receive compensation when you click on links to those products. Terms apply to the offers listed on this page. For an explanation of our Advertising Policy, visit this page.

How do you make traditionally stuffy river cruising appeal to a younger, hipper crowd? Bring in the drag queens and tattoo artists, of course.

On the heels of start-up ocean line Virgin Voyages revealing it would have a drag queen in residence and a tattoo parlor on its ships, the one-year-old river line U by Uniworld, designed to target millennials, announced this week an entirely drag-queen-themed cruise. There will be one specifically for tattoo fans, too. Both are industry firsts.

"These new cruises exemplify the brand’s vibe, which is modern and sexy, and not afraid to break the mold," said U by Uniworld's president and CEO, Ellen Bettridge. She told The Points Guy the new trips fit into the line's mission to reimagine river cruising, and to bring its customers experiences they can find nowhere else.

"We’ve been listening to our guests, and they’re very interested in themed cruises," she said. "We’ve been seeing niche travel trending as a whole in the industry, so this is just expanding upon that and taking it to the next level."

Kicking off July 6 in Regensburg, Germany, the drag queen sailing will feature Jiggly Caliente, Darienne Lake and Phi Phi O’Hara. (If you’re a regular watcher of "RuPaul’s Drag Race," you know who they are. Speaking of which, TPG recently sponsored an episode of "RuPaul’s Drag Race: All Stars.") The trio will perform on board and host such activities as a karaoke night and drag makeup lessons. They’ll also take part in a bar crawl with passengers at one of the ship's ports of call.

Later in the summer, the tattoo sailing will start on Aug. 17 in Frankfurt, Germany, and feature celebrity tattoo artists Steven Tefft (winner of Season 2 of the show "Ink Master"); Reese Hilburn (seen on Spike TV’s "Tattoo Nightmares Miami"); and Bobby Moss. Also on board will be tattoo model Heather Moss and tattoo expert Paul Gambino.

All five will take part in activities that include a welcome party, a tattoo parlor crawl at one of the trip’s port stops (yes, we have our questions, too) and panels with passengers. Plus, the tattoo artists will ink you, if you want. You’ll just have to pay extra, unless you win one of several contests for a free tattoo.

Both of the trips will last seven nights and take place on The A, one of U by Uniworld’s two 120-passenger vessels.

The U in Drag cruise, as it’s being called, will feature stops at five German cities and towns — Kelheim, Nuremberg, Bamberg, Wurzburg and Miltenberg — as The A travels northwest on the Danube and Main rivers to Frankfurt. The tattoo cruise, to be called Tattoo on U, will include stops at the same ports in reverse order, as the vessel heads southeast, to Regensburg.

Unveiled in 2018 by longtime river cruise operator Uniworld, U by Uniworld was designed to appeal to a younger crowd (river cruising is traditionally popular with retirees). Its ships boast sleek, matte black exteriors; mixologists and DJs on board; deck-top yoga; and communal tables for dining. Accommodations include studio bedrooms, some of which hold up to three people.

A key concept of the line is to stay in destinations longer and late into the night, allowing passengers to enjoy the local nightlife. Initially, U by Uniworld was aimed specifically at millennials and only took bookings from passengers under the age of 45. It’s since relaxed that age limit. Fares for both the drag-queen and tattoo cruises start at $3,199 per person.

Featured image by (Photo courtesy U by Uniworld)